Read After the Fall Online 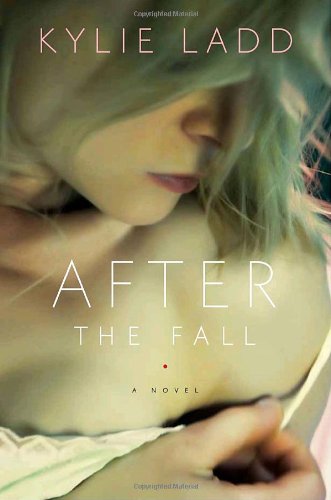 Trip over love, you can get up
.

Fall in love and you fall forever
.

I had been married three years when I fell in love. Fell, tripped and landed right in the middle of it. Oh, I already loved my husband, of course, but this was different. That had been a decision; this was out of my control, an impulse as difficult to resist as gravity. Mad love, crazy love, drop, sink, stumble. The kind of love where every little thing is a sign, a portent: the song on the radio, his Christian name staring up at you from a magazine you’re flicking through, your horoscope in the paper. Normally I don’t even believe in horoscopes, for God’s sake. Love without holes or patches or compromises, soft as an easy chair, a many-splendored thing.

At first I enjoyed it. A fall is a surrender; you can’t help it, you didn’t plan it. Maybe you could have been more careful, but it’s too late for that now—you might as well enjoy the swoop and the speed, the unnerving sensation of having your feet higher than your head.

I fell in love with a man who had hair like silk. A man who said my name as if he were taking communion, who looked me in the eye while we made love, and even again afterward. He fell too, and there we were, clutching each other as the hard earth hurtled up to meet us.

That’s the thing about falling. It doesn’t go on indefinitely, and it rarely ends well … plunge, plummet, pain. Even if you get straight back up, even when you regain your footing, after the fall nothing is ever quite the same.

Okay, it was the sex. Or, okay, it was love. When Cress insisted we see a counselor I knew the question was bound to arise: Why did I do it? Why had I betrayed her? I couldn’t work out which answer might be better received, so I turned to my best friend, Tim, for advice. Given that Cress was also going to be at the session I had to be careful. Did I say it was love, and appeal to her romantic side? Cress is the most sentimental soul I have ever met, and I had a hunch, ridiculous as it may sound, that pleading love or one of its lesser forms—a crush, infatuation—would be a better defense than straight lust. Then again, given that she was such a romantic, maybe even mentioning the word risked alienating her completely—love, I suppose, being the sort of thing reserved for one’s wife. The alternative was to plump for sex, but would that leave Cress forever paranoid about the hoops she herself wasn’t jumping through in the boudoir?

Either way I was doomed, though I was hoping Tim could come up with something plausible. Predictably, though, he just looked shocked. If Cress is the most sentimental person I have ever met, Tim is the most naive. Or the most moral—I’m not quite sure what the difference is. “Just tell the truth,” he sputtered, looking moist and uncomfortable, checking his watch when he thought I wasn’t looking. “How much longer do you want the lies to go on?”

Well, indefinitely would have been nice. For seven months I was the happiest man in the world. Who wouldn’t have been? Two beautiful women whose faces lit up when they saw me, one always available if the other was elsewhere. I’ll admit it was good for the ego, but that was just the fringe benefit, never the aim. And for that reason I can’t feel guilty about it: nothing was planned or premeditated. I feel guilty enough about the conventional things, of course—guilty as hell for hurting Cress, even some residual Catholic remorse for breaking my vows. Up till then I’d believed in them. But I never felt guilty for loving them both. Parents claim that they love all their children equally, and no one doubts this. Why can’t it be the same for adults? Maybe I’m rationalizing what I did, but in a lot of ways I think everything that happened would have been far more objectionable if I had stopped loving Cress, transferred my affection rather than shared it.

In any event, Tim was no help, and I ended up telling the counselor that the whole thing had just happened. That sounds pretty lame for someone in advertising. I’m meant to be good at making words do as I please, but I could tell no one was fooled. Not Cress, sitting sniffing on one side of the office, eyes skittering away every time I glanced in her direction; not the counselor, mouth narrowing skeptically as she heard me out. Goaded by their disbelief, I abandoned any thought of appeasement and went on the attack. Forget love or sex … I blamed loneliness, frustration, all those long nights that Cress worked, then was too tired to talk, never mind touch, when she finally did get home. Bad move. My wife spent the session in tears and I wondered if I shouldn’t have just gone with lust and been damned.

I don’t know. It
was
love, and it
was
sex, and it was fate and karma and reincarnation too. It was an epiphany and an epitaph. There, I’m making the words work now.

A Boy and His Corpse by Richard B. Knight
Suspicion by Joseph Finder
Once minutos by Paulo Coelho
Destined for the Star (Starstruck) by Dell, Teresia
Broken Road Café 1 - The Broken Road Café by T.A. Webb
Strikeforce by Nick James
Crawling from the Wreckage by Gwynne Dyer
Invasion of Privacy by Christopher Reich
Just Needs Killin by Schwartz, Jinx
When I Stop Talking You by Jerry Weintraub, Rich Cohen
Our partner