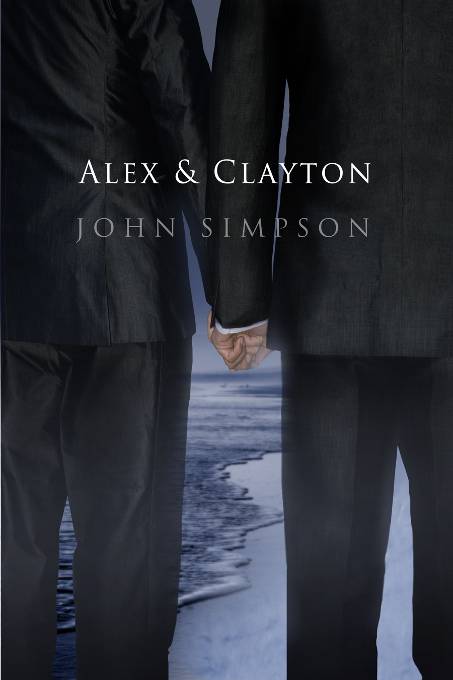 “…a brilliant story of ‘what if’ and one I highly recommend.”

“If you like books with thrill-a-minute plots, stories about political wrangling, and tales with sexy men falling in love, then may I suggest you look no further than John Simpson and Condor One. What a rush!”

Talons of the Condor

Out of the Gilded Cage

“This is definitely a read now book.”

“If you enjoy M/M relationships, this is a very well written book and I recommend it highly.”

Talons of the Condor

Out of the Gilded Cage

Condor and the Crown

E
B
OOKS
BY

Four Grooms and a Queen

The Ghosts of Stanton Hall 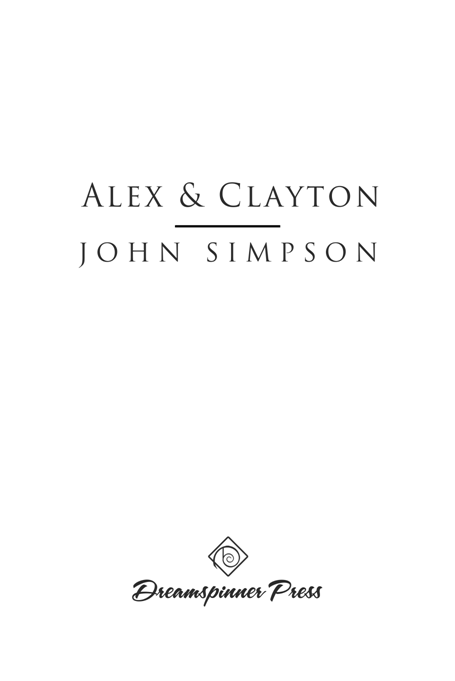 a man I greatly admire

who is also my best friend.

I
T
WAS
a joyous occasion in the Anderson household on the night of July 10, 1953. A baby boy had been born into the family. He was named Clayton, after his grandfather, and both mother and son were doing fine. There were already a total of three sons and a daughter, and later, Margaret Anderson remembered thinking that with their new son, five was enough.

It was time to concentrate now on raising her children, and for her husband, Darren, to work hard for a better future for the kids than their parents had. Seventeen days later, the Korean War ended, or rather, hostilities ceased. People had a more positive attitude about what the future would bring. A shimmer of hope hung thick in the air, and Merrimack, New Jersey was a good town to grow up in.

Happiness was the order of the day on September 8, 1954, when a son was born to grateful parents in Belford, New Jersey. As the mother held her newborn, Jennifer and Harry Winston beamed with pride at their one and only child. They were getting to the age that they weren’t sure they would ever have one, so when Jennifer became pregnant, she practically lived cushioned by cotton balls for the next nine months.

After serious debate, Mr. and Mrs. Winston finally decided to name their son Alexander, or Alex, and they were determined that he would have the best life had to offer. Money was not an issue in the Winston family, and the baby boy was in danger of growing up spoiled, as often happens with an only child.

As it happened, the Anderson and Winston families lived only five miles apart in New Jersey. Belford and Merrimack were small suburban towns that were just two of many bedroom communities. They were typical middle- to upper-class enclaves where the schools were usually located in the same community in which the people lived, making busing unnecessary in that part of the state. However, the people of Merrimack had chosen to use the Belford school system, which had a fine reputation, instead of building their own. The school was large enough and by utilizing the student population from both towns, was almost filled to capacity.

As Clay and Alex grew up one grade apart without ever meeting, they did all the things that kids in the fifties and sixties did. On Friday or Saturday nights, everyone went to the high school for the weekly dance, or sock hops as they were called. Here, the first real interactions on a social level began to occur between girls and boys of all ages, and social skills were learned and refined over time.

Unfortunately, the problem of bullies was common at these dances, though it was not in day-to-day school. A boy had to learn how to fight or how to run very fast if he didn’t want to get beat up.

Both Clay and Alex chose to run when they could and fight like hell when they were cornered. Neither boy enjoyed violence. It was against their nature and the teachings of their parents. But both eventually got tired of running, and slowly they learned to stand up for themselves. This was a lesson that would serve them the rest of their lives. Another thing these two boys who didn’t know each other had in common was a feeling that they were somehow different.

The two boys grew up along parallel paths that diverged here and there. Alex went into the Cub Scouts and then into the Boy Scouts when he was old enough. While Alex was learning the art of tying knots, camping, and socializing with the other boys, Clayton kept his nose in books. He didn’t play sports, and in spite of the incessant ranting by his least favorite uncle about how all boys should play sports, he was quite content with the adventures to be found in his books.

One of the things Alex discovered was boys. By high school, he had already figured out that he had no interest in girls beyond friendship, but he knew he had to act like he did. He even forced himself to make out with a girl on a school trip so that the other boys would see it and think that he was like them. But that play came to a screeching halt when the girl put her hand between Alex’s legs and he jerked away in revulsion.

From that point forward, he stopped trying to make himself or others believe that he liked girls. He had his friends who were girls, and they would dance together at the dances, but they knew what Alex had already discovered about himself: Alex was gay.

Clayton ignored sex altogether. He always maintained that he was straight and saving himself for marriage, but he got bullied anyway. Clay took a lot of hell from the other boys, especially in gym class. The locker room and shower time were particularly frightening for him. He knew he would be picked on, called a fag, and ass-snapped with towels. Fortunately for Clay, only a couple of the guys were serious bullies while the others just went along with the pack. Neither the gym teacher nor any other teacher in school seemed to notice when it came to the guys picking on Clay. If someone in authority did witness an incident, it was dismissed as “boys will be boys.” This unwillingness on the part of the adults to acknowledge the problem made school a living hell for Clay at times.

Alex was in a different gym class than Clayton and knew very little of what happened to him three times a week. While some kids teased Alex and snapped his jock strap, the guys who were getting oral sex from Alex made sure the situation didn’t get out of hand. It wasn’t so much that they were protecting him because he was a source of sexual relief, but more from the fear that Alex would reveal the names of his partners. No one really wanted to be seen as soft on the fags, but Alex remained somewhat protected.

With all the trouble in their lives, somehow Clay and Alex survived. Finally, in 1971 and 1972, graduation day arrived, and Alex and Clay received the piece of paper that stated they had done what they needed to do in their classes. They were free of public school with its many dangers for the kid who is different. Not incidentally, they had also successfully run the gauntlet of teenage male hormones.

At this new crossroads in life, both young men had to decide in which direction they would go. Clayton opted for college as his parents wished, while Alex enlisted in the Marines, even though it meant almost certain deployment to Vietnam.

In the Marines, Alex excelled in making his body and mind harder and tougher. They taught him how to rely on himself, how to fight, and how to cooperate with others to accomplish a common mission. In many ways, the Boy Scouts had prepared him for basic training. And once again, Alex found himself in a barracks-style living situation where the other men all talked about sex, girlfriends, and what they would do on their first leave. Alex had to tread carefully in conversation, playing the pronoun game and hoping he didn’t slip up.

Love to Bear: A Werebear Shifter Romance by Mitchell, A.T.
Clutch (Custom Culture) by Oliver, Tess
Oak and Dagger by Dorothy St. James
The London Blitz Murders by Max Allan Collins
Memories of Boom Boom Mountain by Adventure Time
The Death Box by J. A. Kerley
Soul of the Assassin by Larry Bond, Jim Defelice
Lost Howl by Zenina Masters
It Takes Two to Tangle by Theresa Romain
Scarlet and the Keepers of Light by Brandon Charles West
Our partner