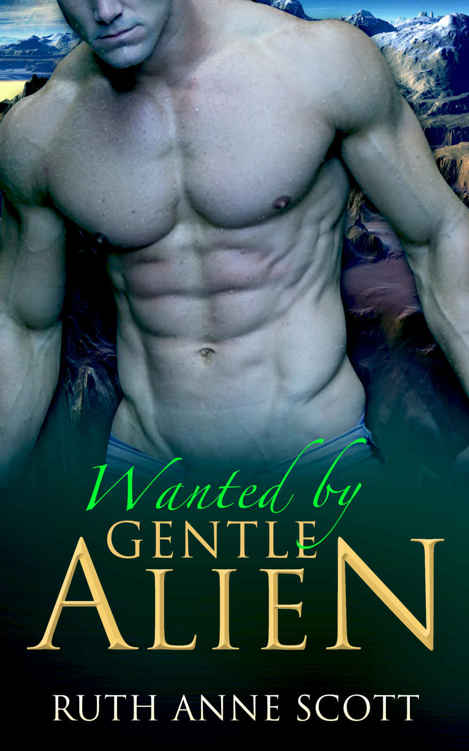 WARNING: This eBook contains sexually explicit scenes and adult language. It may be considered offensive to some readers. This eBook is for sale to adults ONLY.

Please ensure this eBook is stored somewhere that cannot be accessed by underage readers.

Your reviews greatly help reach more readers. If you found this book enjoyable, please click below to leave a review on Amazon or to share the book on Facebook. Nothing helps more than a few kind words


A humanoid species of extra over the top large aliens. They are all very big, even the women are, though they are thinner and more willowy. They are their own weapons, and they eat a lot of exotic fruits.

A small planet that is much like Earth, but more on the wild side. There is no electricity. The species is very self-reliant and makes things.

Are a species of albino blood drinking beasts. The blood of a Denynso is an ultimate feat and power booster for these thin and bony, yet powerful in their own right, species. They are the ultimate enemies to the Denynso. They are incredibly intelligent and are also very high tech.

Another small planet that is turning into a waste land. Only the Klimnu can survive, and even they are dying off without anything to feed off of. They easily travel to other planets.

He is the King of the Denynso. He is the ultimate bad ass, and everyone bows before him, even Pyra. He rules with an iron fist because he has no choice. With his species and their violent tendencies he must be strict. There are rules and severe punishments for breaking the rules.

She is the Queen of the Denynso. She is just as strong, if not stronger, than her mate. The men cower before her glare. You don’t want to get on her bad side. She is also the mother; everyone goes to her with any of their needs or emotional issues. Stay on her good side and things are great. She is also the trainer to the warriors.

He is 7ft tall, lean and muscular who is built of nothing but muscle. He’s all alpha and domineering. As the leader of the warriors he’s cocky but he can lead. He loves females and finds a different one in his bed on a regular basis. He doesn’t feel anything for any of them and though he doesn’t show it he finds himself getting bored with the females of his kind. He’s a fairly long white Mohawk. His eyes are naturally blue until he meets Eden. His back is covered in scars from being captured for testing. The one human who got too close to them and took advantage of their freedom, which is why the warriors are there to watch the humans, and why there are so  many rules (for the humans too).

He is a brother warrior and the healer. His magic packs a punch and he’s very popular among everyone. He’s likable and charismatic.

He is also a brother warrior. He’s a hard ass but still a good man. He works hard and is Pyra’s brother, by blood.

This is the 3
rd
book in the Uoria Mates Series.
We highly recommend reading the previous books in the series for Free using Kindle Unlimited or grabbing it for just $0.99 at:

He swung his fist against the bag and it broke apart. The sand spilled to the ground in a cloudy pile of dust. He bent at the knees and braced his hands on his knees breathing heavily. For the past several days he felt like he was going crazy. Never before had his emotions been so palpable, and he found he didn’t like it.

He always gave the brothers a hard time about their temper and had prided himself on being in control of his own. Now though, he felt no better than Pyra when he was pissed that Eden spent time with him. Hell, he understood how hard it was for him, but it wasn’t something he could control.

Now Pyra was even more protective. Eden was carrying his child and no one really knew what that entailed. She was the first human turned Denynso, and she was also about ten weeks pregnant now. He had been running tests, and so far everything seemed normal. He refused to lose her. She was his sister. It was almost like she was the other half of his soul, like a twin, only closer.

He spun and slammed his fist into the other bag and that’s all it took for the seams to split. Sweat poured from his skin and his palms were sweaty. Violence wasn’t his thing.

“Ciyrs, what the hell brother?” Pyra asked and looked at him curiously.

His body shook and for a second he swore he saw everything in orange, but that was impossible, none of the females here were his mate. Shaking his head his vision went back to normal and he focused on his friend’s words.

Pyra laughed and looked between both ruined bags. “I’d fucking say you did. What happened? You never get mad.” Then his eyes widened and he panicked. “Is everything okay with Eden?”

“Yeah, she’s not why I’m pissed. In fact she’s doing great, though be careful she’s getting emotional.”

“Pregnancy hormones I guess. Our kind only gets mean. Apparently humans cry—a lot.”

Ciyrs cringed. “She does now. Seriously be careful. Don’t be mean or too sweet. She’ll cry.”

Pyra shook his head still not believing him. “Okay so if it isn’t Eden, why the hell are you so emotional?”

“I don’t know. I’ve been having strange dreams, and then I’m not really sleeping. I’ve been on edge all week, and I don’t know why. I do know I don’t like it. I’m not a warrior, I’m a healer. It’s important I stay centered. But my power is on the fritz too. Ero, of course came in today after another fight with a Klimnu and I healed him, but then my temper flared, and here I am.”

Pyra smiled. “And it feels like you want to kill everything?”

“You’re mate is either here or coming. I swear that’s how I felt before Eden showed up. For a few days before, and then when she was here I got a hard on that wouldn’t go away, no matter what I fucking did. That’s how you’ll know she’s here brother, and it sucks now. The built up anger rages uncontrollably. You remember all the fights I got into? Even it scared me, and I’m probably the most temperamental of us all.”

He shook his head. “That’s not real reassuring Pyra, but I don’t think I’m feeling the same thing you did. I don’t know if I will have a mate, ever.”

“I don’t know how my connection to Eden has changed that either. I thought it was maybe because of our bond, but I don’t get angry after seeing her. I actually feel a lot more at peace.”

“You’ll figure it out. You’re the brains around here.”

“I hope so and soon; I can’t keep doing this. I don’t like how it makes me feel afterwards.”

“Well let me know when you start feeling the way I did. And I guess my work out is pointless now. You’ve ruined my favorite equipment.” He chuckled and sped from the room leaving Ciyrs alone.

Ciyrs left the gym and sped to the infirmary. It was basically his home, and he’d been spending more and more time there trying to figure out how he had turned Eden. The baby she carried would be his godchild, and he wanted to make sure she was alright. And, that there wouldn’t be any more surprises.

After calming down he decided to call it a night and go home for a change. It had been nearly a week since he last saw his own bed. The Klimnu attacks were getting more violent. They were more organized, and the warriors were doing their best to keep them at bay, and getting injured in the process. No one could figure out how they were getting onto the compound.

There had to be an access somewhere they weren’t seeing, but King Criea wasn’t having any luck with the others of their kind. Ciyrs knew there were other clans of Denynso, different races so to speak, but they had always stayed segregated from each other. They were all very territorial, and there were boundaries no one would cross. The leaders were talking about alliances but nothing had been set in stone. Apparently, it was only his compound that had been breached so far, and the others didn’t want to take the chance of the Klimnu finding their compounds. It was understandable, but still didn’t make sense for them not to work together.

Ciyrs sighed and rubbed his tired eyes. Suddenly his eyes flared orange and he hardened painfully. He gasped and instinctively gripped his cock and sucked in a breath. He hadn’t had an erection like this for—longer than he liked to think about. He gripped himself and moaned. Yep he was definitely going home. But Pyra’s words ran through his minds. If his warrior friend was right, he’d stay this way until he mated.

For the first time in weeks Ciyrs smiled. If Pyra was right, he’d be meeting his mate. He’d finally have the one thing he craved more than anything in the world.

The Last Hour by Charles Sheehan-Miles
If I Forget You by Michelle D. Argyle
Watch Dogs by John Shirley
Level Hands: Bend or Break, Book 4 by Amy Jo Cousins
It's a Wolf Thing by Mina Carter & Chance Masters
Boys Rock! by Phyllis Reynolds Naylor
I'll Get You For This by James Hadley Chase
Berlin Alexanderplatz: The Story of Franz Biberkopf by Alfred Döblin
Sangre de tinta by Cornelia Funke
Tek Power by William Shatner
Our partner