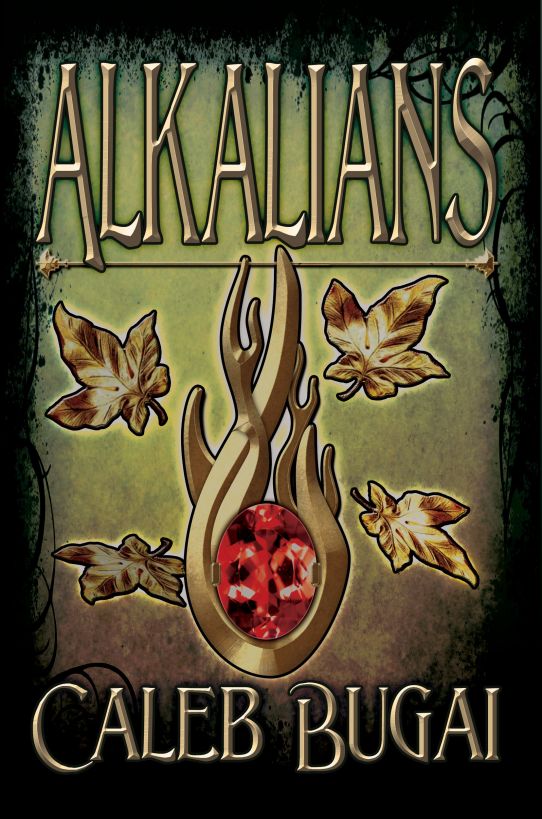 All rights reserved. No part of this
book may be reproduced, stored in a retrieval system or transmitted
in any form or by any means without the prior written permission of
the publishers, except by a reviewer who may quote brief passages
in a review to be printed in a newspaper, magazine or
journal.

The final approval for this literary
material is granted by the author.

All characters appearing in this work
are fictitious. Any resemblance to real persons, living or dead, is
purely coincidental.

Print edition produced in the United
States of America

A heartfelt thank you to my family and
friends for their constant support of my writing. This would not
have been possible without you.

It is high noon on an autumn day, with
the sky a clear blue and the golden sun as its centerpiece. A
constant breeze rolls across the mountainous slopes and hills,
passing through narrow strips of forest, and rattling the brittle,
brightly colored leaves loosely clinging to the trees. Somewhere
within the woods flows a river, its current running quick and
smooth, a peaceful gurgling sound complementing the calming whoosh
of the wind. Above the forest line, the mountains harden into stone
peaks, their rocky faces towering over the surrounding landscapes
like proud monuments.

Observing the magnificent display of
nature from a hill top, a man dressed in hiking gear, complete with
a heavy brown jacket, matching backpack, and hiking boots, takes a
deep breath of the fresh mountain air, releasing a sigh of
satisfaction with a smile alighting his face. The wind sweeping
across the range flows over him, petting the spiny, short-cropped
red hair on his head and sliding past his smoothly shaved face. A
tall figure among the towering features around him, he stands alone
in the desolate place, marveling in the great expanse of beauty for
miles around him known as the wilderness.

Standing at the top of the hill for a
moment, the serenity of the area around him is partially disrupted
when a static hiss protrudes from a pocket of his vest, and a voice
follows, “Captain, do you copy, over?”

Sighing again before pulling a small,
radio speaker from the pocket, the man holds down a button to
reply, “I copy, Dan, over. What’s up?”

“
Oh, just checking in on
you, Captain. How’s the patrol in your area going?”

Gazing at the scenery around him
again, he says, “Peaceful, Dan, just the way I like it. And you
know you don’t have to call me ‘Captain’. Romulus will be
fine.”

“
Haha, of course. I was
just following rank, Cap, er, Romulus! So you’re supposed to be
near the Minari-Tirez border, right?”

“
Did you happen to pass by
the excavation group that’s supposed to be working in that
area?”

“
Hmm, yeah, I suppose I
did. I could spot their camp from the top of a cliff, but I didn’t
bother to go down and say hello. I wouldn’t want to bother whatever
important business they have with investigating some apparent
ruins.”

“
Hah, more like you didn’t
want them to try giving you a tour of the place!”

“
Haha, eh, yeah, you could
say I’m not in the mood for excited chatter over hunks of stone
that are thousands of years old. That stuff’s all boring to
me.”

“
Yeah, don’t blame ya. Any
idea what kind of ruins they were uncovering?”

“
I didn’t see anything
from outside. I think they were working inside the mountain, as
their camp was right at the entrance of some recently discovered
cave.”

“
Ah, they’re probably just
looking at cave paintings or stone tools or something. I mean, what
else could you find in a cave?”

“
Hah, right!” Pausing a
moment, Romulus changes the subject by admitting, “Man, I wish Anna
were here to see this. The view out here is amazing. She would love
this.”

“
And I wasn’t invited to
the reception?”

“
Oh come now, you were
still off on patrol! You can’t blame me for not being able to reach
you. And besides, it was all so sudden, I really wasn’t prepared
for it.”

“
What do you mean? Didn’t
you propose to her?”

“
Well, um,
actually,
she
proposed to me, if you could believe it!”

“
C’mon, you didn’t get to
have a honeymoon with her!? That’s just sad, Romulus, really
sad!”

“
Hey, like I said, it was
all unexpected! I had to come back out here for my monthly patrol
right after the wedding. However, we do plan to go somewhere nice
once I get back. We were thinking some fancy resort down in Saratu,
or something like that.”

“
Hmm, yeah, they got nice
places down in Saratu. You should check out the Volvaron Resort, if
you could afford it!”

“
Haha, we’ll look into it!
But anyway, it would be great if she were here with me right now,
admiring the beauty.”

“
And what ‘beauty’ would
you be admiring, eh?”

Before Romulus finishes his statement,
the deafening sound of a great explosion hits him from behind,
echoing across the mountain reaches, and he whirls around to see
what looks like a volcanic eruption off in the distance, fire and
smoke filling the sky above the horizon. With his finger still on
the radio’s button, Dan had heard it as well. “Hey, what was that
noise? Romulus?”

Shaking his head to remove the shocked
expression on his face, Romulus’ professional mentality kicks in.
“I’ll go check it out,” he says before putting the radio away and
taking off in a sprint across the hills toward the looming
eruption.

A few minutes later, Romulus’ haste
comes to a halt at the edge of a cliff as he looks around, gasping
for air, at the sight before him. The whole side of the mountain
was blasted open, as if a giant meteor crashed into it. The forest
between him and the eruption is annihilated, fallen trees scattered
and burning from a shockwave blowing them over. As ashes drift
through the sky over the scene, black snow floating on the breeze,
he hurriedly gets out his radio while looking down near the base of
the mountain, and calls, “Dan, you there?”

“
I can’t believe what I’m
seeing here, but, it looks like a mountain violently erupted out
here.”

“
Really? But there aren’t
supposed to be volcanoes in that region.”

“
I don’t know, but that’s
not what concerns me, because…” Upon spotting what he was looking
for, he curses off to the side before continuing, “Dan, you better
get some people out here.”

“
No.” He grimly stares
down at the crushed remains of a large camp beneath a recent
landslide. “This mountain that blew up was the same one that
excavation group was under.”

“
Very bad, Dan. Raise the
closest station to my location, and get them out here with medical
support. I’m going down there to see if there are any
survivors.”

“
Whoa, wait, you’re gonna
go in there, alone? What if the thing blows again?”

“
Well, I’ll just have to
be careful. Now get some people out here, Dan, that’s an
order!”

After clicking out, Romulus pockets
his radio and resumes his run, leaving the cliff and heading down a
smoother slope in the direction of the devastation
below.

Moments later, his sprint slowing down
to a walk, Romulus surveys the area before and around him as he
nears what once was the excavation camp, the smoldering forest left
behind him. Boulders have rolled over and flattened the three large
tents that once stood near the base of the mountain, as well as
expensive looking machinery that had been set up nearby. The cave
can’t be seen from the landslide piled up over it, and ashes have
fallen all over the area, covering stone and equipment in sheets of
pale gray and black. Above the decimated site, smoke is clearing
from the lower lip of the crater, as he hopes to himself that there
will not be another eruption. He continues searching through the
destroyed camp, and oddly enough he doesn’t find any bodies. He
grimaces, figuring the researchers must have been in the cave,
inside the mountain, when it blew, and he would have to go in
looking for them.

Approaching the bottom of the
landslide, Romulus judges the sizes and sloppy piling of the
boulders, and knows that he would not be able to climb it normally.
Aware he may have to, he focuses upon an inert ability to enter his
battle morph. A brief flash of brown light consumes him, and coming
out of the light all of his hiking apparel was replaced by a full
suit of tan, leather-like armor, and with inhuman speed and agility
he jumps up from one boulder to another until he is at the top of
the landslide, near the edge of the crater. Becoming ever more
cautious, he slowly moves toward the edge, takes a deep breath to
calm himself, and peeks over into the crater. He can only gasp in
terror at what he sees.

In the crater below him, rather than
seeing a red-hot pool of magma, Romulus looks down upon the
aftermath of a massacre. Miscellaneous pieces of rock are scattered
about the cave floor, along with jagged streaks of burned and
fractured ground. Alongside the rock shards are the scorched and
mutilated bodies of the researchers. Disturbed by what he has
found, he gulps nervously, and forces himself into the crater.
Leaping down to the cave floor far below, landing softly, he
continues his investigation, anxiously searching for
survivors.