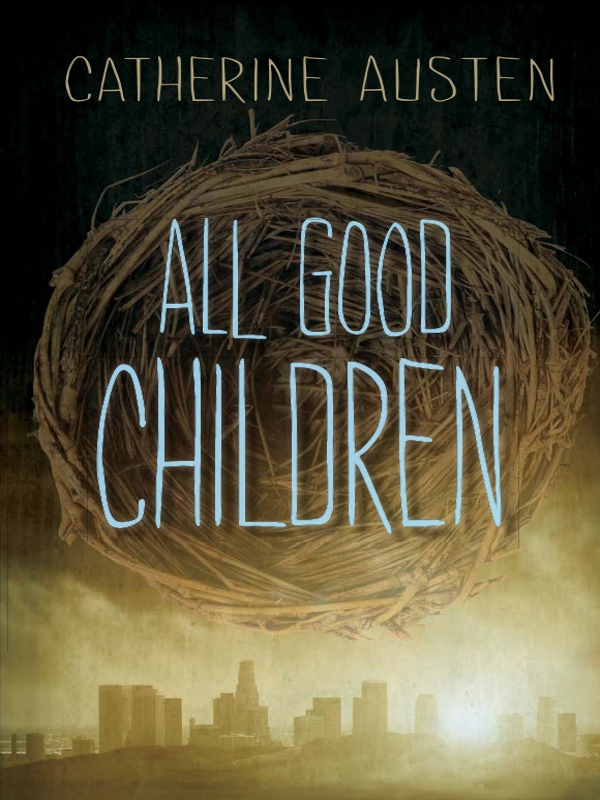 Summary
: In the not-too-distant future, Max tries to maintain his identity in a world where the only way to survive is to conform and obey.

Orca Book Publishers is dedicated to preserving the environment and has printed this book
on paper certified by the Forest Stewardship Council
Â®
.

To Sawyer and Daimon,

who are not in this one,

and to a boy named Pierre,

who haunts these pages as Xavier.

When the children have been good,

That is, be it understood,

Good at meal-times, good at play,

Good all night and good all dayâ

They shall have the pretty things

Tear their clothes and make a noise,

Spoil their pinafores and frocks,

Such as these shall never look

At this pretty Picture-Book.

The airport security guard is not amused when I drop my pants in front of her. Actually, they fall down when I remove my belt. I don't want to look like a recall, so I play along: fold the pants, strip off my T-shirt, cue my charming adolescent smile. “I'm ready for my pat-down now.”

The guard stares at me, blank and bored, hands planted on her fat hips. Broken body scanners, delayed f lights, exhausted travelers, near-naked teensâthey all blend in her muddy eyes. “Are you carrying any liquids or electronics?” she asks.

Beside me, my sister Ally giggles through her own pat-down. She runs across the room to find her shoes and teddy bear. Our mother shields her from the sight of me.

“Lady, I'm almost naked,” I say. I point to my shorts and add, “I could take these off, too, if it'll get me through faster. I know it looks like I might be hiding something.”

The guard frowns, blinks, reaches her gloved hands up to my neck as if she's going to throttle me. She probably hears that joke twice a day. “Did you place your electronics in the bin?” she asks. Her fat fingers scurry over my bare shoulders, down my breastbone, around my back, as if contraband could be hiding beneath my skin.

My mother's voice booms across the room. “Why is that woman touching my child's body? Is she blind? He is fifteen years old. He's a citizenâ” And on and on until every traveler stares at me and my molester.

I pretend this is a normal encounter. I nod to passersby. “My mother confiscated my electronics last week,” I tell the guard as she strokes my naked thighs. “I'm grounded. Actually, I'm about to be airborne. But metaphorically I'm grounded. I was a bad boy.”

She groans to her feet, pats my ass none too gently and motions me onward. I dress in front of a thousand eyes that glitter like glass under the terminal lights.

I follow my angry mother to the boarding gate. New chairs, same wait. Same blend of stale gum and subtitled news: New York City is still drowning; Phoenix is still parched; transnational corporations are still profiting from disaster. I withstand it all.

I would strip again if it got me home faster, but we're stuck for another hour. Five hundred heads lean into five hundred projections: reading, playing, messaging, leering. Not me. My RIG lies at the bottom of Mom's purse, a Realtime Integrated Gateway to a world my mother won't let me access.

Mom and Ally chant together face to faceâ“Rock! Paper! Scissors!” and “Wild Wild West!”âfeeble finger-plays Mom learned on the bus to kindergarten when she was young. Now and then she glances at me and asks, “What were you thinking?” as if she really wants to know.

Our flight is called at last. I grab the window seat as a reward for withstanding so royally. My heart pounds in anticipation. This will be the second flight of my life, and it'll be even better than last week's, because it's taking me home.

A giddy sense of freedom washed over me when that first plane lifted off the ground. I held my RIG to the window and watched dead grass and pavement recede into an abstract of greens and browns scarred by rivers and roads. Ally squeezed my leg and squealed, “It's like we're riding a pterosaur!” Even our mother smiled.

My world was shining then, as we blazed toward Aunt Sylvia's funeral, all expenses paid. I didn't pretend to be sadâI barely knew my aunt. I was ecstatic, literally on top of the world. I flew away from the first week of school, left my dull gray uniform in New Middletown and rose above a planet that looked like God's own palette.

It was glorious until cruising altitude, when Mom received a notice about a prank bomb threat sent to my school from our apartment complex that morning. She snatched the RIG right out of my hand. “You logged in as Lucas?” she shrieked.

“What makes you think it was me?” I asked.

She rolled her eyes and huffed, as if no other child would break a rule.

“You used to be that boy's friend!”

I shrugged. “He's a throwaway.”

I shouldn't have said that. It's what all the academic students call the trade kids, but I would have gotten my RIG back last week if I'd just held my tongue. Mom dragged me through funeral homes and legal offices, down the unguarded streets of an ungated city, with my RIG bouncing blindly in her handbag, recording nothing.

Atlanta was the first city I'd ever visited outside of New Middletown. It was beautiful in its crazy patchwork sprawl, but seriously marred by poverty. Winds whipped down the avenues into alleyways where people lived in paper boxes. Beggars and thieves lurked around corners or banged on the windows of limousines jammed in traffic until police officers dragged them away. It was hostile and hopeless and deeply unnerving.

But behind the cars and crowds was the most amazing graffiti I've ever seenâhuge, vibrant, angry. Ally snuck me her RIG so I could record a few images: a tidal wave crashing into a lopsided skyline, a line of prisoners with empty eye sockets, a salt flat littered with honeybee carcasses.

My mother took her time burying her sister. By the third day, not even the art could make the noise and dirt and stink bearable. My cousin Rebecca should have settled everything, but she immigrated to Canada ten years ago and wasn't allowed back. She inherited a small fortune from her mother, but the government seized it. They gave Mom nothing but funeral expensesâhence the family airplane ride, the week of hotel breakfasts, the evenings stretched out like years on Atlanta's lilac sheets.

Now we're heading home with boxes of worthless fragments from Rebecca's childhoodâhand-written letters, framed photographs, report card printouts. It's like inheriting a recycling bin. But among the memorabilia were sixteen color markers packaged in plastic and three gray scrapbooks I've already filled from seam to corner with abstracts of Earth.

I'll post a collage when I get my RIG back:
Out of School
Withstanding on a Perilous Planet
.

Ally grips my hand when our plane takes its turn at the top of the runway. The fuselage rattles, wing flaps flutter, wheels blindly spin. We grip our armrests and fall silent. It doesn't feel close to fast enough. The plane screams and roars. It seems almost silly to try to get off the ground. But suddenly, improbably, we rise. I laugh out loud. We rise above the patchwork city into a pure white blazing light. I wish I could tell my friends, “Look up. See that silver speck slicing the sky? That's me!” But I'll have to wait until I'm home to post about it. By then, no one will care. Once you're in the past tense, you're history, and no one has time for history anymore.

There's a complimentary snack in my seat pocket. The chips taste like mold. I eat them fast, more disappointed with every crunch. Mom passes hers and I eat those, too, until I'm deeply miserable. “Can I have my RIG now?”

Ally unfolds her seat tray, lays down her chips and rests her teddy's head on them.

“Aren't you going to eat your snack?” I ask.

She grabs the bag fast as lightning and stashes it on her lap.

A fat man across the aisle ogles my mother and says, “Kids. They're never satisfied.”

When I see men like this, I'm thankful for genetic testing. Whatever my future may hold, I'll never end up a fat bald white man. This one takes up two seats and he's still crammed tight. I point to the chips resting on his belly. “Are you going to eat those?”

He covers his chips with his fat white hands and winks at her.

Ally taps my shoulder and asks, in a voice soft and high, “If you're not going to look out the window, can we trade places?”

“No.” I fake a stretch and sneak the chips from her lap. I keep my eyes on the clouds as I crack open the bag. I dip into it languorously and pop a few in my mouth. Ally doesn't notice. “Want a chip?” I offer.

The Castle by Sophia Bennett
Leadership Wisdom From The Monk Who Sold His Ferrari: The 8 Rituals of Visionary Leaders by Sharma, Robin
The Coffee Shop by Lauren Hunter
A Tattered Love by Nickie Seidler
The Wild Princess by Perry, Mary Hart
Fearless Hope: A Novel by Serena B. Miller
All or Nothing by Elizabeth Adler
What Would Satan Do? by Anthony Miller
Jesus by James Martin
American Babe by Babe Walker
Our partner