Read All Wrapped Up (A Pine Mountain Novel) Online

All Wrapped Up (A Pine Mountain Novel) 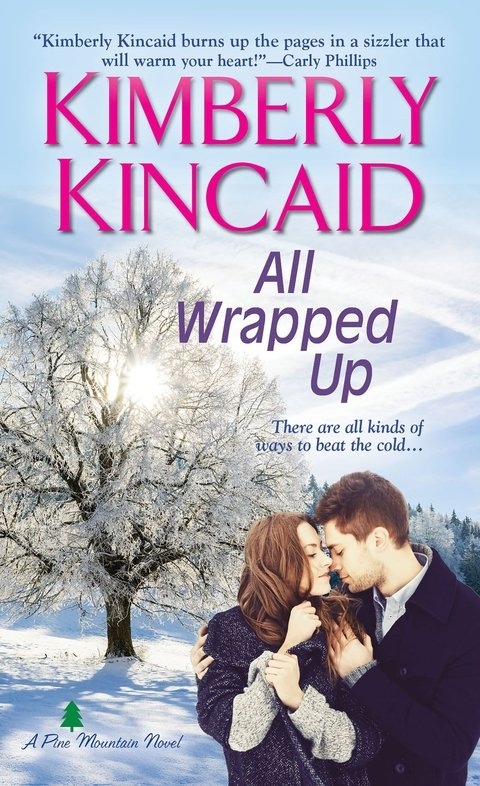 “YOU DRIVE A HARD BARGAIN,” HE SAID, EXTENDING HIS HAND. “CLEAN SLATE, AVA?”
Her fingers were warm and strong as she slid them over his palm and shook. “Clean slate, Brennan.”
For a second, they sat there, fingers entwined and eyes locked together, and Brennan wanted nothing more than to lean over the console between them, to kiss her fast and deep and not stop until they were both completely
out of air and common sense.
Get it together, you jackass!
Ava was about to interview him for a tell-all in the paper, which was the one thing—the
only
thing—he’d managed to avoid when his life in Fairview had come flying apart at the seams. He needed to pin every last ounce of his composure firmly into place in order to keep his past in the past.
Putting his mouth on hers would ruin him.
Read all of Kimberly Kincaid’s Pine Mountain series
The Sugar Cookie Sweetheart Swap
(with Donna Kauffman and Kate Angell)
Turn Up the Heat
Gimme Some Sugar
Stirring Up Trouble
Fire Me Up
Just One Taste
(eBook novella)
All Wrapped Up
K
IMBERLY
K
INCAID