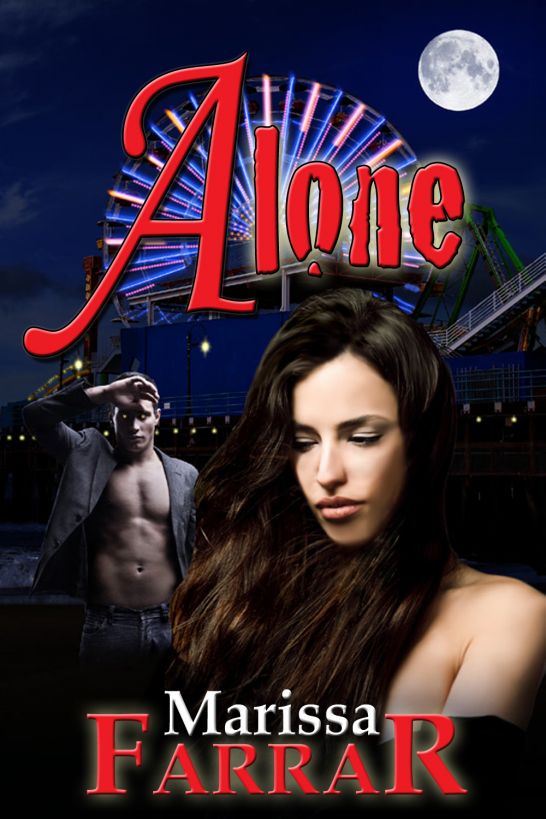 This eBook is licensed for your
personal enjoyment only. This eBook may not be re-sold or given
away to other people. If you would like to share this book with
another person, please purchase an additional copy for each
recipient. If you’re reading this book and did not purchase it, or
it was not purchased for your use only, then please purchase your
own copy. Thank you for respecting the hard work of these
authors.

This is a work of fiction. Names,
characters, places, and incidents are either the products of the
author’s imagination or are used fictitiously, and any resemblance
to actual persons, living or dead, business establishments, events,
or locales is entirely coincidental.

*You can click on the title to be
taken to the selection. Additionally, all chapter names will link
you back to this table of contents.

To my mother, who introduced me
to the wonderful worlds of authors such as Stephen King,
Ann
e Rice
and James Herbert. You are my unfailing support.

I would like to thank
Stephanie Weinbrecht who gave me the opportunity, courage and
strength to take the giant leap into this new publishing world we
find ourselves in. Without your constant support and encouragement,
I wouldn’t be doing what I am today.

I would also like to thank my
editor, Danielle Gavan. Your hard work has transformed what I
always hoped was a good book, into a great one.

The day Serenity Hathaway
came
to view
as the lowest point in her life, also turned out to be the day
everything changed.

In many ways, losing her job shouldn’t
have come as a shock; she’d been hanging onto her position for
quite some time. Getting fired wasn’t her fault—but the fact didn’t
make her any less terrified of going home to face her husband,
Jackson, the ultimate cause of her sudden unemployment.

That had been early afternoon and she’d
been walking the streets of downtown Los Angeles since leaving the
office, too scared to go home.

The late November breeze chilled her skin
and the last of the light slowly bled out of the LA skyline. Her
ribs throbbed and the pain in her lower back made her walk with a
hunch. Pressing her palm into the small of her back, she moved like
an old woman instead of the twenty-eight year old she actually
was.

Serenity believed she had control over the
pain, envisioning it as a different sense, like sound or color, but
today her meditation failed. When she took a break and tried to
pee, the pain in her kidneys overwhelmed her and she passed out in
the bathroom stall.

Upon regaining consciousness, her boss
demanded to know where she’d been for the past two hours. Too
embarrassed—too humiliated—to tell him the truth, she lied and told
him a late night caused an impromptu nap. He gave her a look
containing a mix of disbelief, frustration and anger. Clearly, he
didn’t believe her. She’d gone AWOL on the job one too many times
and he told her to clear her desk.

A lump constricted her throat and she
fought to swallow. The backs of her eyes burned, but she was out of
tears. Long ago, she’d learned crying didn’t get her
anywhere.

Their only income came from her job.
Serenity supported her husband while he worked on a novel. If not
for Jackson’s refusal to work, he would never allow her to have a
job. After all, he denied her everything else. She had no family
left, except for a step-father who’d passed her on to Jackson for
him to continue the good work he’d started. Any school friends had
given up trying to keep in contact with her.

This
afternoon wandering the streets,
terrified to go home, was the closest to freedom she’d experienced
in many years.

Pain wrapped around her ribs,
speared deep into her spine and threatened to cripple her. Serenity
stopped on the corner of East and 3
rd
Street to rummage in her bag. She
pulled out a bottle of water, a packet of aspirin and another of
paracetamol. She pushed two of each tablet through the foil
backing, dropping the small white discs into her palm. Something
else she had learned over the years; the two medications worked
better together.

Except they didn’t work that
afternoon.

Why hadn’t someone noticed her slumped
in the locked stall, or checked on her when they realized she’d
been missing for hours?

H
er colleagues were apathetic toward her.
Who wanted a moody, silent associate who never attended any social
functions and regularly called in sick? Serenity didn’t blame them
for finally losing their patience.

P
eople trickled from the office buildings
surrounding her. The tourist crowd had retreated to their hotels
after a day of sightseeing and now the residents of LA were leaving
their workplaces to head home.

Serenity glanced at her watch. Almost six;
Jackson expected her home in the next half hour. Her stomach
twisted into a knot of anxiety. Could she get away with not telling
him and pretend to leave for work as usual the next day? She toyed
with the idea briefly. Jackson called her at work several times a
day and he’d discover the truth soon enough. Even if he didn’t,
he’d known her the whole of her adult life and would see through
her in a moment. Lying to him would only make matters
worse.

A coil of anger stirred inside her—at her
boss for putting her in this position, at Jackson for controlling
her life, but mainly at herself for allowing him to do
so.

She wasn’t stupid, Serenity knew what
Jackson did to her was wrong. Yet, she always made excuses for
him—she wound him up, he didn’t realize how badly he hurt her or,
her old favorite, he’d change.

In truth, the excuses hid her
fear.

Married to
Jackson since the age of
eighteen, she had no idea what life would be like on her own. A
life where she didn’t have to watch out for the next fist was
completely foreign to her.

Jackson’s reaction to her leaving
terrified Serenity. He had no qualms about giving her a swift elbow
in the kidney if she burned dinner, she didn’t want to imagine what
he’d do if she told him she was leaving.

Serenity stopped on the edge of the
sidewalk and waited for the lights to change. People gathered
either side, closing in, and suddenly her head swam. Despite the
cool evening, beads of sweat slicked her palms and her cheeks
flushed. She stared in panic at the people flanking her,
professional men and women in suits with their perfect lives. Her
heart thumped painfully as though the organ had swollen to twice
its size and pounded against the inside of her rib-cage.

She couldn’t stand it, so many bodies
pressing on all sides, talking loudly on mobile phones she couldn’t
see. Part of her believed they were talking about her, laughing
about her to the faceless people on the other end of the line. They
gazed at her, judging, wondering how such a pathetic creature was
even out here on her own.

Serenity realized she wasn’t going to wait
for the lights to change. Stepping out into the road jolted her
bruised ribs. Bright sparks of pain speared through her, making her
gasp for breath.

Someone blasted their horn but she barely
took notice. Instead, she half-stumbled, half-ran across the
street.

People stared at her, curiosity and
concern creasing their eyes. One woman put out her hand as Serenity
passed, “Are you okay?” she asked, but Serenity shrugged off the
kind woman and ran.

Blind to everything around her, she
pushed past people, knocking shoulders and elbows as she went.
Shouts of protest followed her, but the blood rushing through her
ears muffled the sound.

“
Hey, crazy lady!” one man
shouted as she stomped on his foot in her effort to get by. Her
heart raced and pressure built up inside her head, as if she
teetered on the edge of something terrible.

Serenity ducked into an alley. Security
lights illuminated the unoccupied space. Large commercial bins
stood against the walls and Serenity sank between them, seeking
shelter amid their tall plastic sides. She bent over, ignoring the
pain and rested her hands on her thighs. With her head hung, she
gasped for breath. Her lower back screamed in agony. Jackson always
hit where it hurt the worst and in places no one saw—her kidneys,
ribs and the bottom of her spine.

Just a panic attack,
she told herself, as
the certainty she was about to die faded away with the
adrenaline.
Nothing to worry about. You’ve had them before.

Slowly, her breathing returned to normal
and her heart lost its trippy beat. She’d begun straightening up
when the solid weight of a hand touched her shoulder.

Serenity shrieked and leaped away,
jarring her poor ribs once again.

“
By scaring me half to
death!” Quickly, anger replaced the fear and she looked
up.

T
he most beautiful man stood in front of
her. Well over six feet tall, dark wavy hair fell across his
forehead and curled around his broad throat. The square jaw and
wide, generous mouth of a catalogue model graced his features, but
his eyes blew her away. She did a double take and something deep
inside jolted, like a flick back in time. Despite the darkness, his
eyes were almost a fluorescent, bright green.

Green? Not yellow? Hadn’t
they been yellow?

She pushed the strange thought
away.

“
I’m sorry,” he said again.
Did she hear an accent, something European? “You seemed to be in
distress. Perhaps I can help?”

The hint of a smile tugged at the corners
of his mouth. He stepped forward, hand held out.

Julia 03 - Miss Julia Throws a Wedding by Ross, Ann B
In It to Win It by Morgan Kearns
Her Best Friend's Baby by Teona Bell
Sanctuary (Forsaken Realms Trilogy) by Sage, Lillian
Shadowed (Dark Protectors) by Rebecca Zanetti
Summit by Richard Bowker
Lawman by Diana Palmer
The Kingdom of Ohio by Matthew Flaming
Trouble with Kings by Smith, Sherwood
Olympus Mons by William Walling
Our partner