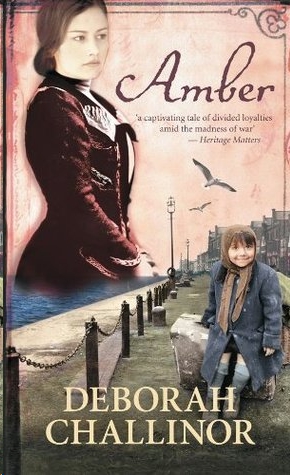 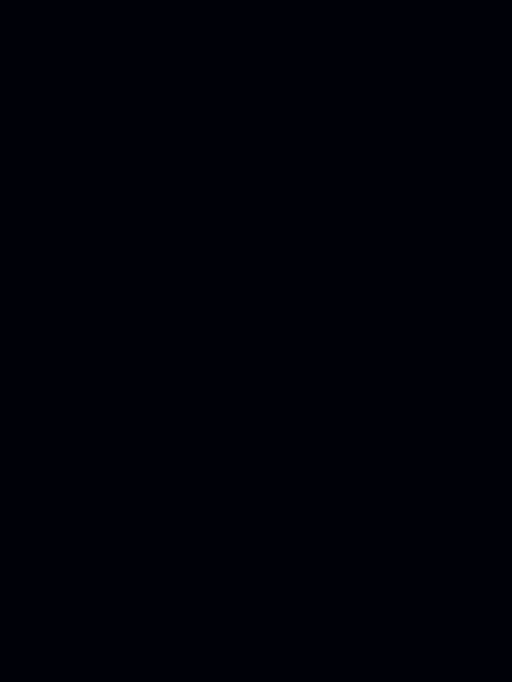 This one is for my brave mother,
Pat Challinor, who was very
like Kitty in that she always did
everything she could to keep
the people she loved safe.

M
rs Carlisle! Post!’ Emily Carlisle carefully set aside the mazarine blue satin bodice she was embroidering. She didn’t receive mail very often, so it was an excellent excuse to take a break from the painstaking and fiddly work, even if she did have to have it finished by Friday. Her client was a valued one, but, really, trust her to demand the world’s tiniest seed pearls for her daughter’s wedding gown. And peacock-hued ones at that. They must have cost a fortune!

Emily listened to the heavy tread of her housegirl-cum-sewing assistant approaching along the hallway. She was a lumpy girl, Nellie, but with surprisingly nimble fingers and a good eye for the way cloth draped, and Emily was pleased to have her. She was even more pleased that she could once again afford help in the house, now that her dressmaking business was doing so well.

Nellie hesitated at the parlour door and knocked timidly, having learned some time ago not to creep up on her employer while she was concentrating on her work.

Emily beckoned her in. ‘What do you have for me? Anything interesting?’

Nellie separated the two envelopes in her pudgy hand. ‘Well, there’s a letter from Mrs Feather…um, Featherstone…haugh? Is that how you say it?’ Nellie was literate, but not terribly, especially when it came to ridiculously difficult-to-say upper-class names.

‘It’s pronounced “Fanshawe,” Nellie. Put that one aside—I haven’t even started on her gown yet. What else?’

‘Aaaand,’ Nellie announced, stretching out the moment
because she knew Mrs Carlisle would be delighted, ‘one from a Miss Kitty Carlisle!’

‘Kitty?’ Emily repeated, her face lighting up. She darted across the room and snatched the envelope from Nellie’s hand, her heart quickening at the sight of the familiar, elegant handwriting. ‘Why don’t you go and put the kettle on, Nellie? It must be morning-tea time.’

Nellie also knew when her presence wasn’t required, but she smiled as she left the parlour. Mrs Carlisle didn’t get many letters from her wayward, twenty-year-old daughter, so she didn’t begrudge her wanting a few minutes alone to savour the latest news. And news there would be, Nellie was sure; Kitty sounded like a right tearaway, running off from New Zealand like that, then popping up in Sydney, Australia, and now sending letters from the four corners of the world. Nellie had never met Kitty, but nevertheless she lived in awe of her. Or of her reputation, at least.

Emily waited until Nellie had gone, then tore open the envelope. The address at the top was stated only as
The High Seas
, which made Emily’s brow crease with both exasperation and worry. The date, however, was February 1841, so her heart leapt again. Did that mean that Kitty was actually somewhere quite close to England?

Emily had been worrying herself sick since the previous May, when a letter had arrived from her sister-in-law Sarah Kelleher in New Zealand, bearing the shocking news that Kitty had run away from the mission station at the Bay of Islands, and also that Emily’s brother George, Sarah’s husband, had disappeared in ‘mysterious circumstances’. A dreadful tragedy, Sarah had written—but, frustratingly, she had not elaborated any further in subsequent correspondence.

Sarah’s supposition in her initial letter that Kitty had sailed off aboard a schooner, possibly bound for Sydney, had been borne
out by a letter Emily had received some weeks later from Kitty herself. She had written that something awful had happened in New Zealand and she was now in Sydney, but safe and sound, and among friends. That had assuaged Emily’s fears slightly, but not enough to allow her to sleep more than fitfully until the next letter. In that, Kitty had written that she had found work, that she was being chaperoned by a nice Irish woman who lived next door to the house Kitty was renting, that she would not be returning to New Zealand in the foreseeable future, and that Emily should not be concerned. There had been no return address.

Not concerned? Emily had been
beside
herself, anger growing in tandem with fear as more short letters had arrived from her daughter, but with very little additional information. She had written back to Sarah, asking for more details of the ‘tragedy’, but her sister-in-law had been equally evasive. Emily wondered what on earth could have happened. And where was George? She had asked Sarah repeatedly for news of his whereabouts, but Sarah would reply only that he had not been found, but that the Lord worked in mysterious ways and perhaps George had received the reward he so richly deserved.

Emily sat down on the sofa, unfolded the letter, and began to read.

I hope this letter finds you well. I am very well myself, and I have some Wonderful News. I am to be Married, to a Sea Captain! I know you will be very happy for me, as I realise how anxious you were for me to find a Husband, and I can almost see your face as you sit reading this letter!

Her hand to her mouth, Emily thought it very fortunate that Kitty couldn’t see her face, as she knew her expression to be nothing short of appalled horror. A sea captain!

But do not worry, Mama, I will never be a ‘Seaman’s Widow’, as they say, as I will be sailing constantly with my Husband and sharing his Adventures on the High Seas every day for the rest of our wonderful, married lives!

You will like him, Mama, I know you will. His name is Rian Farrell, he is twenty-nine years old, and he is Master of his own Schooner and Trading Enterprise. We wish to be married as quickly as possible—

—so I will be bringing him Home soon, to meet you and so you can be present at our Wedding. I would like to be married at Home in Dereham, in the garden, and I would very much like to wear your Wedding gown, if you do not mind. I know Papa cannot be with us, but, as you and he had such a Happy Marriage, I believe it will bode well for mine if I wore the gown you wore for him
.

We only wish for a small Wedding. I expect that Tongues are still wagging over what happened before I went away, so there may not be many people you care to invite anyway. Rian’s crew would like to attend. They are a colourful lot, I think you will find, but all wonderful people. Can you please organise publication of the Banns, the Vicar to officiate, and something that will pass for a wedding breakfast? Rian has asked me to inform you that he will Reimburse you for all costs when we arrive
.

We have just sailed from San Francisco, and we have Business in Rio de Janeiro which may take several weeks, so I expect we will be Home some time towards the end of May. Rian says we will put in to King’s Lynn, as there are good shipyards there and the
Katipo
(that is his Schooner) needs some work
.

So, in anticipation of seeing you soon, my dearest Mama, I will say Goodbye and all my love for now
.

Emily allowed the letter to flutter onto her lap. She didn’t know whether to weep, faint or stamp her foot. In the end, she simply went to the parlour door and called out to Nellie regarding the progress of the tea.

Then she reread the letter, wondering how well she might actually still know her daughter when Kitty finally did come home. Even Kitty’s manner of expressing herself had altered: her words were different, and—more disturbingly—so, obviously, were her assumptions and attitudes. There was a lightness, an informality—she sounded almost…colonial.

Emily sighed raggedly. A sea captain. Oh dear. In the past, Kitty’s judgement concerning men had proved rather alarming, and Emily had no reason to suspect that it had changed. There had been the extremely unfortunate business with that terrible rake Hugh Alexander nearly three years previously, which was why she had had to send Kitty out to New Zealand in the first place, and she couldn’t imagine what might have occurred in the interim to encourage her daughter to make a less misguided choice.

And that was the trouble, wasn’t it? Owing to the apparent unwillingness of either her daughter or her sister-in-law to offer any detailed information, Emily had only her imagination to fall back on, and of course it had run riot, conjuring all manner of appalling scenarios. And this latest news only fuelled her fears.
Had Kitty actually been sailing around the world in the company of a gang of adventurers and buccaneers? Unchaperoned, and with the man she intended to marry? Such a thing was unheard of! And Emily would have to ensure that it stayed that way, at least so far as the inhabitants of Dereham were concerned. People were still talking about Kitty and Hugh Alexander, she knew they were, and this new development would only be an additional source of delight to the village’s gossip mongers.

Nellie came in and set the tea tray down on the occasional table at the end of the sofa.

‘There’s only the shortbread left, Mrs Carlisle, but it’s still fresh. I tested a piece.’ Nellie took a closer look. ‘Mrs Carlisle? Are you feeling poorly?’

Snatched from her unpleasant reverie, Emily started. ‘What?’

‘Not bad, I hope?’ Nellie asked with genuine concern as she poured the tea.

‘Well, that depends on how you look at it, really.’ Emily took the cup and saucer handed to her and waited for Nellie to sit down. They shared all their meals and refreshments, an arrangement that many women wouldn’t allow, Emily knew, but she and Nellie also worked together so the boundaries were somewhat blurred, and anyway, she suffered badly from loneliness. She reached for a piece of shortbread. ‘My daughter is to be married.’

‘To a sea captain. She will be arriving here with him in May.’

Nellie dunked her shortbread. Normally Emily told her off for doing this, but that day she didn’t seem to have noticed.

‘So will he collect her?’ Nellie asked. ‘Where from? That’s nice of him, isn’t it, escorting her like that?’

‘Not really,’ Emily replied flatly. ‘It seems that they are already, er, together.’

Nellie’s round eyes grew even rounder over the rim of her teacup. She coughed slightly and put down the cup. ‘Together? On his ship?’

‘Do you mean,
together
together?’ Nellie looked aghast.

‘Oh, stop it, Nellie,’ Emily snapped. ‘You sound just like a parrot. And not a very clever one at that.’

Nellie’s estimation of Kitty Carlisle shot up several more degrees. The thrill of it, sailing around the world with a sea captain you weren’t even married to! He must be so exciting. He must be at least six feet tall and with flashing eyes and gorgeous dark hair that flopped over a wide, clear brow permanently sheened with sweat from making daring and momentous decisions every hour of the day!