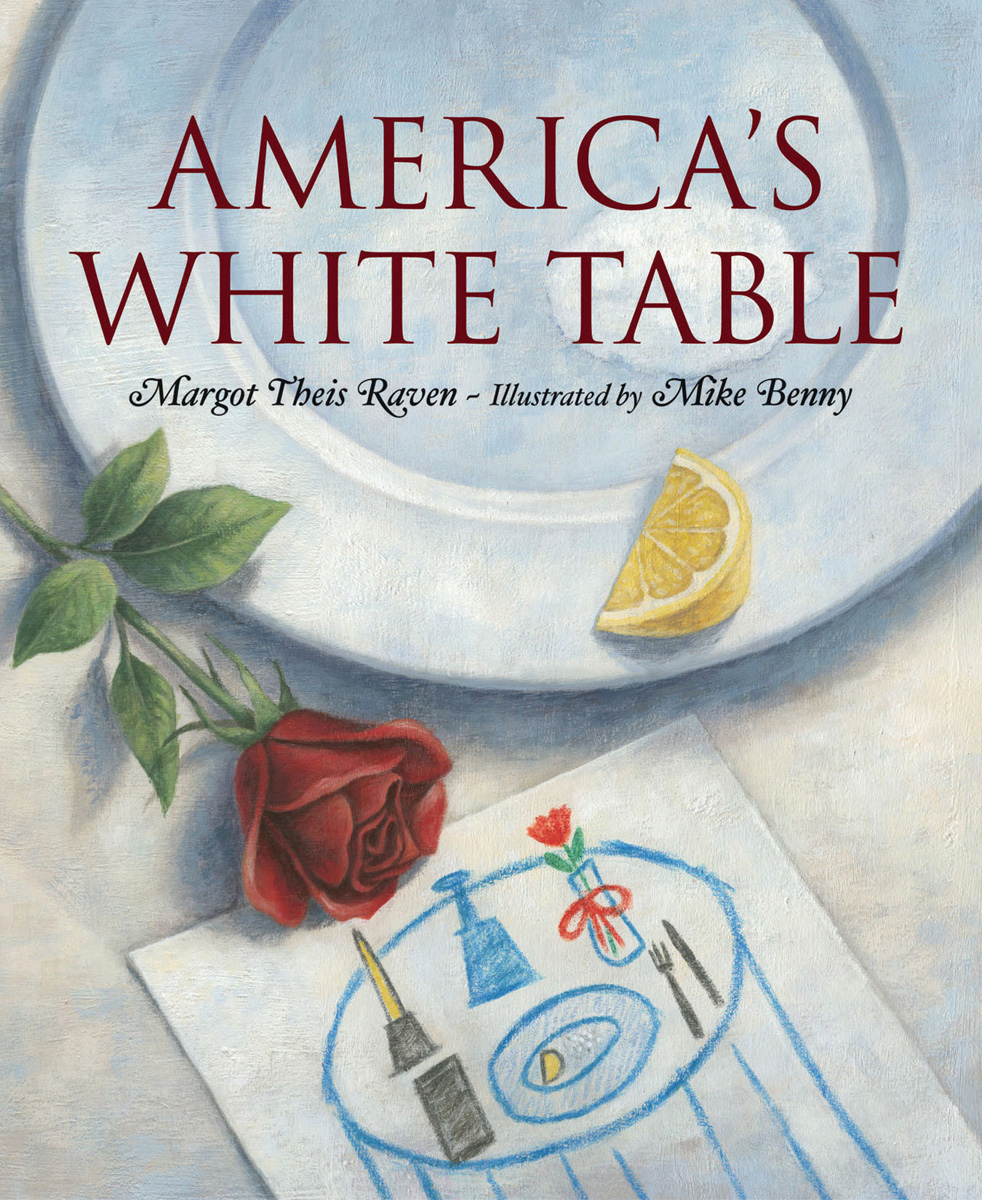 To the Red River Valley Fighter Pilots Association who set the first white table;
To Charleston Air Force Base who first showed it to me;
And to all men and women in uniform who dedicate their lives
to freedom's cause â especially, TJH, my hero.

For Mary Ann, Adele, and Hank, with all my love and adoration.

All rights reserved. No part of this book may be reproduced in any manner without the express written consent of the publisher, except in the case of brief excerpts in critical reviews and articles. All inquiries should be addressed to:

Â© 2005 Sleeping Bear Press is an imprint of Gale.

Printed and bound in China.

but it brought tears of pride to my Uncle John's eyes the Veterans Day he came for dinner and stood by itâset for one personâeven though nobody would be eating at it.

My country, 'tis of thee

but earlier that day Mama had told Gretchen, Samantha, and me the little table we were setting for Veterans Day was just like the ones that have stood across America in the dining halls of the Army, Navy, Marine Corps, and Air Force since the Vietnam War ended.

The tables honor the men and women who serve in America's Armed Forces especially those missing in actionâour MIAs, and those held prisoner of warâour POWs.

but it felt as big as America when we helped Mama put each item on it and she told us why it was so important.

“We use a small table, girls,” she explained first, “to show one soldier's lonely battle against many. We cover it with a white cloth to honor a soldier's pure heart when he answers his country's call to duty.

We place a lemon slice and grains of salt on a plate to show a captive soldier's bitter fate and the tears of families waiting for loved ones to return,” she continued.

We push an empty chair to the table for the missing soldiers who are not here.”

“We lay a black napkin for the sorrow of captivity, and turn over a glass for the meal that won't be eaten,” she said.

“We place a white candle for peace and finally, a red rose in a vase tied with a red ribbon for the hope that all our missing will return someday.”

Mama finished speaking just as sunlight spilled on the table and filled the overturned glass.

Of thee I sing;

but it suddenly made me want to burst with a feeling I couldn't explain when Mama told us how much our setting the white table would mean to Uncle John that night. Then she told us something we didn't know: Our Uncle Johnâwho gave us big bear hugs, and spun us with airplane twirls, and called me his Katie-girlâ¦

â¦was a POW in Vietnam before we were born.

but it gave us the courage to ask Mama what happened to Uncle John in Vietnam. She quietly told us his story.

“When Uncle John served in Vietnam he was sent on a rescue mission, and his helicopter was shot down behind enemy lines,” she began.

Land where my fathers died,