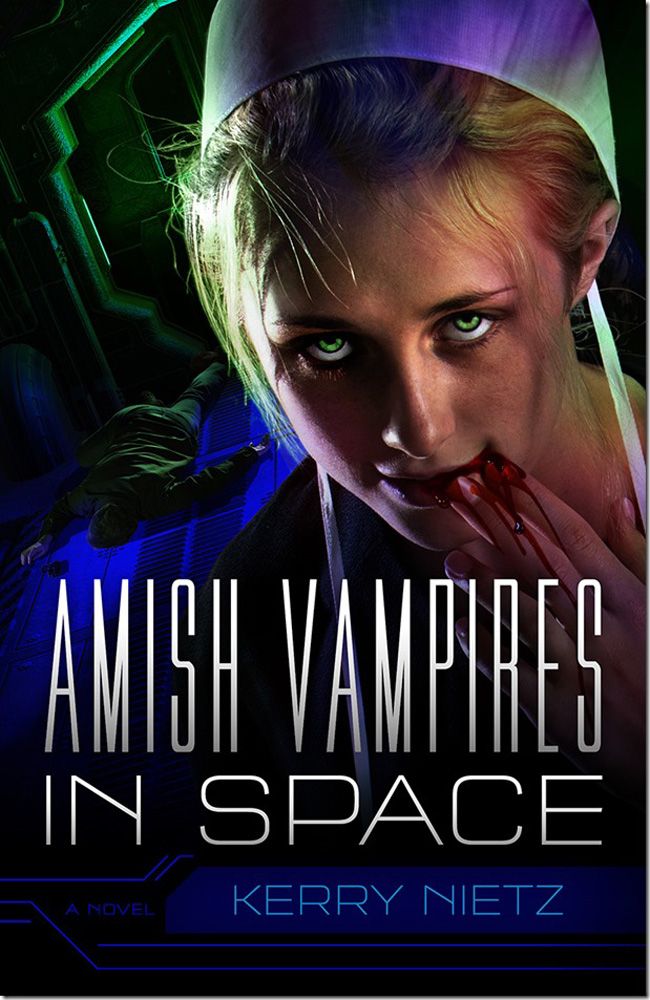 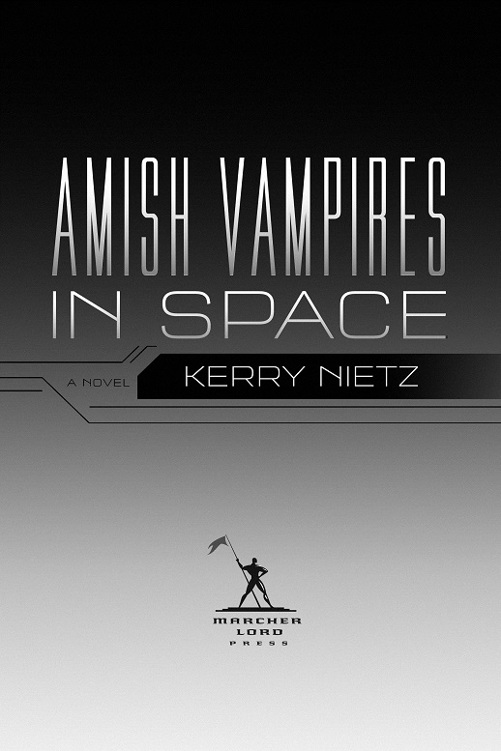 This book or parts thereof may not be reproduced in any form, stored in a retrieval system, or transmitted in any form by any means—electronic, mechanical, photocopy, recording, or otherwise—without prior written permission of the publisher, except as provided by United States of America copyright law.

This is a work of fiction. Names, characters, places, and incidents are products of the author’s imagination or are used fictitiously. Any similarity to actual people, organizations, and/or events is purely coincidental.

To Jeff Gerke and the indomitable authors of

Thanks for half a decade of fun and inspiration!

But Who Would Be Brave Dumb Enough To Even Try It?

FoxTales: Behind the Scenes at Fox Software

First, I’d like to thank Amish aficionado Dutch Wolf for making this book so much more than it would have been otherwise. He muscled through amidst his own personal deadlines and difficulties. If there is any authenticity to the Amish society in this book, it is to his credit. If there are any mistakes or inconsistencies, blame me.

As always, thanks to our fearless leader, Jeff Gerke, for not only cheering and inspiring this effort, but for asking the questions that create more work for me. (And ultimately produce a better book!)

I’d also like to thank fellow Marcher Lords Steve Rzasa and Marc Schooley for their continued encouragement and friendship. And to Marc in particular, whose tenacious debating skills planted a seed for this story. He may find himself a Deacon someday . . .

Thanks to John Otte, who has remained cordial and forgiving, despite nearly a year of me inadvertently stepping on his toes. Lord bless you, John.

Thanks to my overworked and underappreciated wife, Leah. It would be impossible to do this without her. Subag!

This novel marks an anniversary for me. A decade ago my first book was published, so I must praise the Lord here for all He has done during that time. There is nothing more true: “In all your ways acknowledge Him, and He will make your paths straight.” 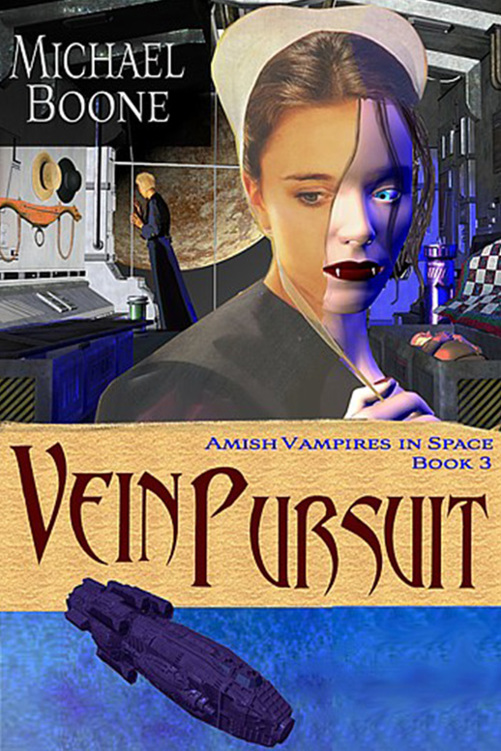 It was March 2010 and Amish fiction was all the rage in Christian publishing. Entire novelists’ careers were being made in the “bonnet and buggy” genre. Publishers were telling writers, “If you don’t write Amish, don’t bother contacting us.” What had seemed like a fad a few years ago was looking more and more like a subgenre that was here to stay.

And it just cried out for a roasting.

I mean, I’m quite sure that many, maybe most, Amish folks are delightful, genuine, and dear believers in Christ. But the way Christian fiction readers were flocking to novels about them, and the way Christian writers and publishers were all but worshipping them, was perhaps a bit overblown.

I have a theory that the reason Amish fiction and TV shows about detectives exploded in popularity at the same time was that people were feeling overwhelmed by the complexities of modern life. They valued detective shows because detectives are good at seeing through the smoke to what is really happening, and that helped them feel that their own lives could be made comprehensible. Similarly, people flocked to Amish fiction because it represented a simpler, more easily understood way of living.

Whatever the cause, Amish fiction was everywhere, and it sort of frustrated those of us who didn’t love it.

So I came up with the comical title
Amish Vampires in Space
to poke fun at it all. As you can see to the left, I even whipped together a mock cover for my invented book. If you’ll look closely, you can maybe see the sleeping Amish vampire in the SF crate—with a nice handmade quilt draped over him.

I made up the author’s name, the series title, and the painfully awesome book title. Then I showed the cover around to a bunch of my publishing friends, just for yuks.

Fast-forward to August 2012. One of my Marcher Lord Press authors, Kerry Nietz, who had already written four novels for me at that point, contacted me and said that he’d come up with a plot idea for
Amish Vampires in Space
and did he have my permission to write that book.

I reserved the right to not publish it until I could read it, but I told him to go for it. To my surprise, Kerry played the idea straight. Despite the humor implicit in the title (see, People Who Might Be Mad at Us, we intended this to be funny), he created a fantastic book with an altogether believable scenario in which Amish people might find themselves in space, confronted with vampires.

This book has brought much attention to Marcher Lord Press. Indeed, we have encountered more resistance to this book than we did when publishing books that examined Islam or contained obscenity and sexual content. [shrugs] But if these wacky Amish vampires manage to gain Marcher Lord Press a few new fans, a wider awareness that we’re out here making terrific Christian SF and fantasy, it’s a win!

Enjoy this suspenseful ride, dear reader, and . . . don’t take it too seriously.

Jebediah had a secret.

It was a weight, really. Something the songs of church service couldn’t lighten. Even daily prayers and Scripture reading were no help. It was always present. Always hidden.

“It is
Gelassenheit
,” his father had said. “Surrendering yourself for others.”

So Jeb bore the weight. It was God’s will. Like Abraham tying Isaac to the altar. We hold the knife with the faith that God will stop us from using it.

With a groan, Jebediah pushed his way out of bed. Beside him, Sarah sighed and rolled his direction. Even with the passage of decades, she still appeared as beautiful to him as when they married. A day twenty years ago now. She in a simple white dress and kapp. He in his best black suit. Family and friends, similarly attired. A simpler time. A happier time. An early spring.

Before the secret had passed to him.

“Is it morning so soon?” she whispered.

She made to get out of bed, but Jeb frowned and held out a hand. “Stay in,” he said. “At forty, you’ve earned a few more minutes.”

She put the back of her hand over her mouth and yawned. “So much to do today. The Troyers need breakfast. And Eli will need help with that baby. And the garden.”

Jeb glanced out the bedroom window. The sun had not yet begun to rise. And neither moon. Only a few distant stars and the mass of what was commonly called the Morning Nebbit.

Still very dark. That was a comfort, at least.

Jeb’s yesterday pants were hung on a hook near the window. Next to those, his white shirt. He brought down the pants and slowly slid them on. “The Troyers can wait a few more minutes,” he said, smiling. “And Eli will be fine. That child isn’t a jahrling, after all. Not a newborn.” He fought the shirt over his shoulders, and watched as his wife again tried to rise. He shook his head and placed a hand on her forearm. “Stay in, my sweet. For me. Just today.”

With a sniff, she lowered herself back into the covers, watching him. “You are too good to me. Perhaps you should rest more, as well.”

Turning back to the wall, he fished his black hat off another hook. Placed it on his head. “The cows
never
wait,” he said, forcing a smile. “But maybe after.”

From the bedroom he walked into the living room. He felt around near the door for the tin container of matches. Finding it, he brought one out and struck it on the doorframe. It burst into light. Two strides from where he stood was a small end table with an oil lamp, which he lit. Smiled.

Though small compared to some in the community, the living room seemed large to him. The floor was solid wood, as was the long table that dominated the far side of the room. The chairs had all been hung on wall hooks, of course. There was a large oval mat before the front door and a potbellied stove on the other side near the corner.

Also near the door were the large tin milk cans. These he gathered in either hand, and after adjusting his hat, he opened the door and walked out onto the porch.

Forty feet beyond was the shadow of the barn. Already he could hear the cattle start to low with impatience. Their udders were full, in need of delivery.

Betting On His Demon by Kelex
White Castle by Orhan Pamuk
The Shooting by James Boice
Woman in the Dark by Dashiell Hammett
Inherited: Instant Family by Judy Christenberry
Learning to Trust Part 2: Full Submission by B. B. Roman
Not Without Hope by Nick Schuyler and Jeré Longman
Slow Burn by Terrence McCauley
Colonel Roosevelt by Edmund Morris
La Trascendencia Dorada by John C. Wright
Our partner