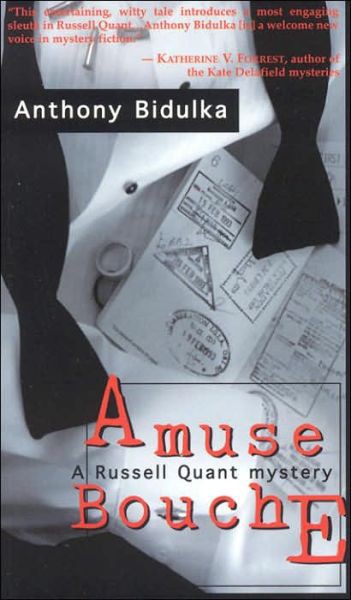 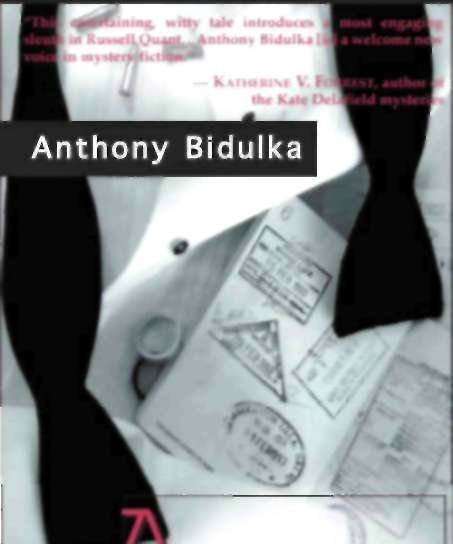 An idea, a dream, brought to life through words. You fed and encouraged it and made it grow. And then, like a flash, we spent a day in the sun and a night by the fire and realized giddily that it was real. You inspire me. You teach me. You bolster me. You accept me. You amaze me with your generosity, perspicacity, consistency, and enduring love and champi-onship. Without you these pages—and perhaps I—would be blank.

I HAVE TO BELIEVE THAT HERCULE POIROT a n d Jessica Fletcher, along with the current slate of mystery novel and television detectives, had to start somewhere. Somewhere unworthy of a book or possible syndication rights. They didn't all begin with "The Case of the Smoking Gun"

or by tracking down an ingenious serial killer.

Or did they? I'm assuming they didn't, but 1

don't know that for a fact. Yet, that assumption gives me some comfort when I look back on the last twelve months since I began my life as a private detective. If someone were creating a TV

show about some of the cases I've had in the past year, they'd have to resort to episode titles like "The Case of the Hiding Pussy Cat" or "Midnight Surveillance Sucks."

To celebrate my one-year anniversary, I drank passable champagne from a bottle I'd chilled in the small fridge that holds up one end of my office desk and then finished the paperwork on my most recent case. My client was a local woman who vacations in Arizona from late fall to early spring every year. She had hired me to track down a couple whose motorhome had sat next to hers in the trailer park the previous win-7

ter. Apparently the next door neighbours had forgotten to return a favourite piece of Corning Ware and my client wanted it back. I mailed a bill for fifty-three dollars and fifty cents, for time
and
expenses, and closed the file on "The Case of the Missing Casserole Dish."

My name is Russell Quant. I'm thirty-one and a former police constable for the city of Saskatoon in the province of Saskatchewan. At about 215,000 people and smack in the middle of the Canadian prairie. Saskatoon is not action central, but neither is it the end of the world.

It's safe and clean. It has four distinct seasons, some of the friendliest people on the globe, and it's home.

My office is on Spadina Crescent, just out of downtown, in an old character house that used to be called the Professional Womyn's Centre.

Back in the early eighties when it was cool to delete the reference to "men," a group of professional women bought the building and rented space to female tenants who ran female-oriented businesses. For several years the Professional Womyn's Centre was a success. But as the nineties matured and women overall became less hung up about the "man" thing, what was once politically correct became a bit of an embarrassment and serious-minded tenants moved out. They headed for buildings with less
8

controversial names like The Templeton Complex or better yet, no name at all. A couple of beadmakers and crystal readers later, the owners were near bankruptcy and the house fell into disrepair. In 1998 a young lawyer, Errall Strane, purchased the property, did some remodelling, and in deference to a piece of history, renamed it the PWC Building. I believe, if I were to ask the average "myn" on the street what PWC stands for, they wouldn't know.

After renovations, PWC was left with four office spaces. Errall runs her one-lawyer practice out of the largest suite on the main floor, the balance of which is rented to Beverly Chaney, a psychiatrist. Two smaller offices on the second floor belonged to Martha Plume, a book editor, and Alberta Lougheed, a psychic.

Unfortunate for her but fortunate for me, Martha passed away about the same time I was looking to hang my shingle. My good friend Kelly Doell knew I was searching for four walls and convinced her partner, Errall, to invite me to join the household. I am the first male tenant in twenty years. It was a difficult decision for Errall, one that at times I know she regrets, but...too bad, I've got a lease. Mine is the smallest office, but it's the only one with a balcony and the view more than makes up for the size—from the small deck I can look across 9

Spadina Crescent into beautiful Kiwanis Park and the swiftly flowing South Saskatchewan River. And, oh yeah, the price is right.

I was standing on my balcony, drinking coffee on a chilled late September morning, when the first case of my second year as a private investigator began with a phone call. From the beginning I knew it was going to be big.

Trying not to spill a drop, I raced to my desk to answer the call before my message manager picked it up. "Russell Quant." Nice, short, suc-cinct: what more do you need to say?

The person on the other end of the line hesitated for the count of five but decided to continue. "Mr. Quant, I understand you're a private detective."

"My name is Harold Chavell."

The name told me a lot. Harold Chavell was a local entrepreneur who owned several successful businesses in the province. Off the top of my head I knew about a trucking company and a paint manufacturing company, both with sub-sidiaries across North America. Simply put, he was one of Saskatoon's who's who. I was surprised to hear his name. I was surprised he was calling me.

Professional at your service.

"I may be in need of your expertise and was wondering if we could arrange a meeting. 1

don't wish to discuss it over the phone and not at work. It's a personal matter." His tone was direct and businesslike.

"Of course. What would be convenient for you?"

"Not tonight, but this can't wait much longer." I heard the sound of a turning page and an impatient sigh as if he was having difficulty finding a time slot to fit me into. "How about tomorrow afternoon, one o'clock?"

I glanced at my Daytimer and took a second to note that Tuesday was blank. So were the other days of the week, but he didn't need to know that. I flipped a few pages rather loudly but held off on the impatient sigh. "That should work out fine," I said, with a hint in my voice that I'd pushed a few other things around to accommodate him.

Harold Chavell gave me directions to his home and the conversation ended. As I finished my coffee
[
tried to recall what I knew about the man from the
StarPhoenix,
Saskatoon's daily paper. He was apparently rich, obviously successful, heavily involved in the community, and friends with the mayor and every bank manager in town. Not the type of guy you'd expect to hire a detective who'd just billed a client fifty-11

three dollars and fifty cents. What did this man want with me?

I spent the rest of the morning going through mail, reading the paper and tidying up a
few
administrative details on old cases. I was expected at the vet with my dog, Barbra at 2:00

p.m. Time for her annual checkup.

Cathedral Bluffs is one of a plethora of acreage communities that have sprung up recently around Saskatoon. It's about a dozen kilometres northeast of the city and features five-to-ten-acre parcels of land off either side of a gravel road that lazily snakes its way through the development. At the end of a lengthy, sapling-lined driveway I found Harold Chavell's osten-tatious house. Its considerable bulk was crammed at one end of the lot to take full viewing advantage of the South Saskatchewan River valley over which it was dramatically perched. No expense had been spared. Money sprouted from the ground, spurted out of sprin-klers, covered the roof, filled the garages and floated in the pool. He was either trying to prove something or had nothing better to do with his cash. Or both.

I pulled up to a twenty-foot-high portico. I hoped my 1988 Mazda RX7 convertible wouldn't 12

leak fluid on the faux rock, burgundy-dyed driveway. Oh well. Isn't that what driveways are for? I rang a doorbell that was actually a small, square pad of light and waited for its symphony to bring someone to the door. I was surprised when Chavell himself appeared. Had he given the servants the afternoon off so we could talk in private?

He shook my hand and studied my face with something more than casual interest. "Thank you for coming, Mr. Quant. Please, come in."

Stepping inside 1 was transported into the foyer of a five-star luxury hotel. It was gorgeous. Slate floor, high ceiling and ancient looking pedestals displaying sculptures of things I couldn't readily identify. Two of the walls were designed to resemble the sheer face of a moun-tainside, replete with rivulets of water dribbling from, summit to base. His own natural mountain spring? I guess it would save on Evian bills.

At the centre of the room was a marble-topped table that seemed barely large enough to support an impossibly huge arrangement of fresh cut flowers. I looked around for the checkin counter but saw none.