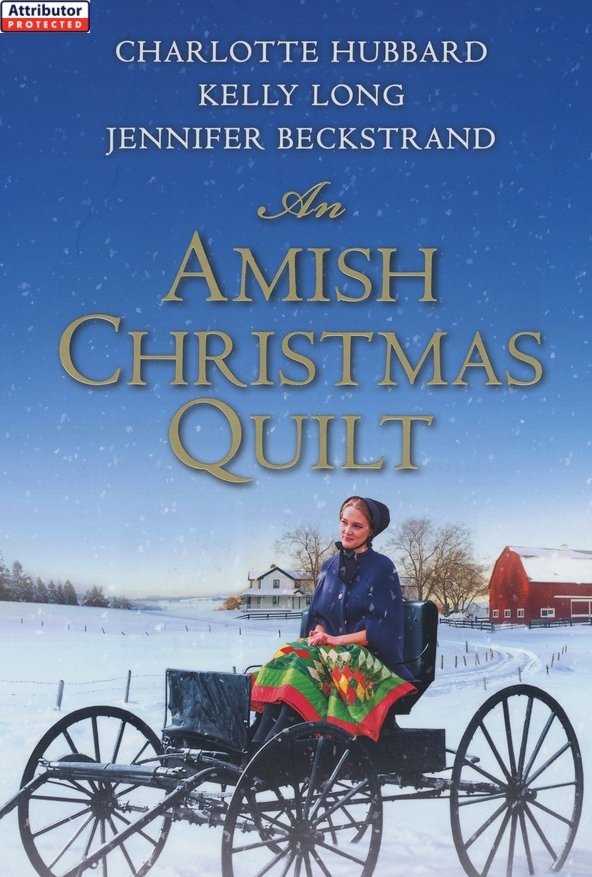 All copyrighted material within is Attributor Protected.
Table of Contents
Praise
Also by
Title Page
A WILLOW RIDGE CHRISTMAS PAGEANT
C
HAPTER
1
C
HAPTER
2
C
HAPTER
3
C
HAPTER
4
C
HAPTER
5
C
HAPTER
6
C
HAPTER
7
C
HAPTER
8
C
HAPTER
9
C
HAPTER
10
A CHRISTMAS ON ICE MOUNTAIN
P
ROLOGUE
C
HAPTER
1
C
HAPTER
2
C
HAPTER
3
C
HAPTER
4
C
HAPTER
5
C
HAPTER
6
C
HAPTER
7
C
HAPTER
8
C
HAPTER
9
C
HAPTER
10
C
HAPTER
11
C
HAPTER
12
C
HAPTER
13
C
HAPTER
14
C
HAPTER
15
C
HAPTER
16
A PERFECT AMISH CHRISTMAS
C
HAPTER
1
C
HAPTER
2
C
HAPTER
3
C
HAPTER
4
C
HAPTER
5
C
HAPTER
6
C
HAPTER
7
C
HAPTER
8
C
HAPTER
9
C
HAPTER
10
HARVEST OF BLESSINGS
THE AMISH BRIDE OF ICE MOUNTAIN
HUCKLEBERRY CHRISTMAS
Copyright Page
A WILLOW RIDGE CHRISTMAS PAGEANT
C
HARLOTTE
H
UBBARD
C
HAPTER
1
Mary Kauffman clutched herself as another contraction ripped through her insides. Fresh tears sprang to her eyes as she somehow kept from screamingâsomehow kept the lines in her hand while the horse and buggy continued down the unfamiliar road. Was she anywhere near Willow Ridge and Aunt Miriam's? How much longer could she possibly keep driving, now that her water had broken?
“Are we there yet?” five-year-old Lucy whined from the back seat.
“Are we
lost
?” Sol asked in a testier voice. At seven, he was more acutely aware than Lucy of how their father's death was affecting their familyâand more critical of Mary, as well. “I'm pretty sure we should've turned left onto that last blacktop we crossed.”
Oh, but Mary wanted to screamâexcept Sol might be right. She was so frightened and in such excruciating pain, it was entirely possible that she'd forgotten which county road passed through Willow Ridge . . .
because you've always been riding to Aunt Miriam's rather than driving . . . always depended upon Dat or Elmer to get you where you needed to go.
Lucy's two cats scuffled in the cardboard box on the seat beside Mary, and then a ginger paw poked through a breathing hole in the top of the makeshift carrier. When one of them yowled, Rowdy, their border collie, let out a disciplinary
woof
.
Lucy begin sniffling again. “Can I
please
let the kitties out toâ”
“No!” Mary snapped more vehemently than she intended. “We'll be at Aunt Miriam's in just a fewâ”
“I don't
ever
remember seeing those black and white cows before,” Sol remarked tersely. “We need to turn around andâRowdy,
no
! You can't get out and chase those cows!”
Mary's head pounded as the dog began to jump and lunge, barking frantically out the buggy's back window. Again, she peered down the gravel road, looking for signs of the Sweet Seasons Bakery CafÃ©, which belonged to her aunt. It was an unfortunate fact that most Plain houses were tall and white with additions on them, and that they sat back from gravel roads that looked so much alike. Or maybe the cafÃ© was on a blacktop, and she really did need to turn back toâ
Another hard contraction hit Mary so suddenly, she cried out before she could catch herself. All this way, she'd been so careful not to frighten the kids, not to let on that she'd gone into labor during the night, because she was determined to see them safely to Aunt Miriam's before the baby came. When they'd left Bowling Green in the wee hours this morning, Mary had bypassed her parents' place, sensing her mother would've made her stay. And maybe that was just one in a long line of stupid mistakes she'd made.
“Are you gonna have the baby
now
, Mamma?” Lucy wailed.
“She can't have it while we're out here on the road, silly! She's gotta be in a bed, like Mamm was when you were born,” her brother replied. “I think I'd better driveâ”
Again, Mary clutched herself as a keening cry rose from her throat. Somehow she steered the horse to the shoulder of the road and stopped it, even as her head began to spin and her mind filled with odd, rapid-fire images. She slumped against the wall of the buggy, caving in to another ripping pain as the blackness began closing in. Was she out of her head, or had Rowdy just jumped out the window? The kids' strident voices seemed so distant now . . .

Fires of Winter by Johanna Lindsey
Mango Lucky by Myers, Bill
Strays by Matthew Krause
The Grecian Manifesto by Ernest Dempsey
Fake: The Scarab Beetle Series: #3 (The Academy) by Stone, C. L.
Mallara and Burn: On the Road by Frank Tuttle
Firewall by DiAnn Mills
3 Great Historical Novels by Fay Weldon
Cinnamon and Gunpowder by Eli Brown
Anna All Year Round by Mary Downing Hahn, Diane de Groat
Our partner