Read An exact replica of a figment of my imagination: a memoir Online

An exact replica of a figment of my imagination: a memoir 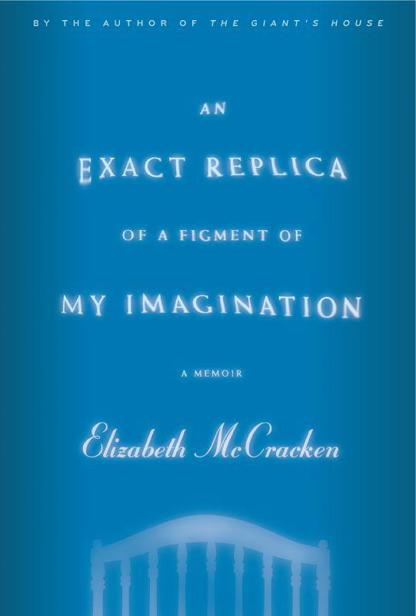 Here’s Your Hat What’s Your Hurry

Niagara Falls All Over Again

O
nce upon a time, before I knew anything about the subject, a woman told me that I should write a book about the lighter side of losing a child.

(This is not that book.)

I was giving a badly attended fiction reading at a public library in Florida. The woman wore enormous denim shorts, a plaid shirt, a black ponytail, and thumbprint-blurred glasses; her husband’s nervous smile showed off his sand-colored teeth. They latched on to me, the way the sad and aimless sometimes do: I haven’t been a public librarian myself for more than ten years now, but I retain what I like to think of as an air of civic acceptance. When the reading was over and the rest of the audience had dispersed (if five people can be said to disperse) she gave her suggestion. She really did say it, in a voice that seemed as thumbworn as her glasses: “You should write a book about the lighter side of losing a child. You’re very funny.”

I couldn’t imagine what she was getting at. A joke book for the bereaved? A comic strip guide to outliving your children?

For instance, she explained, her son was dead. Just recently she and Al — her husband, who smiled apologetically with those appalling choppers — had been on the beach, and Al had been eating a tuna sub, and a seagull came and stole part of the sandwich. And so she knew that the bird was the soul of her teenage son. Al nodded in agreement.

“And I laughed and laughed,” the woman said flatly. I was sitting at a table, having signed three books, one for a cheerful old lady who’d called my short stories pointless during the Q & A. Al’s wife had taken my place at the podium. She looked out at the empty chairs. “You should write a book with stories like that,” she said. “It would be a big hit.”

She was a childish, unnerving person. I imagined that she’d been trying people’s patience for some time. At first they would have been sympathetic, but after her son had been dead for a while, they’d grow weary of her bringing him up as though the calamity had just happened. Well-meaning friends would look uncomfortable at the very mention of his name. So she had to devise new and sneaky ways to work him into conversations with strangers, at book readings, at the grocery store, at train station information desks, to telemarketers.
You have to move on,
beige-toothed Al might have said,
you can’t mourn forever
. Then she could say,
See? I’m not mourning: I’m laughing. I’m looking on the lighter side.

And now she wanted an instruction book.

It seemed like the saddest thing I’d ever heard, back before I knew how sad things could get.

A
child dies in this book: a baby. A baby is stillborn. You don’t have to tell me how sad that is: it happened to me and my husband, our baby, a son.

Still, I’m coming around to understanding what that woman in Florida wanted.

A baby is born in this book, too. That is to say, a healthy baby, our second child. The first child died on April 27, 2006, in France. The second baby — a biological fact lying across my lap asleep at this very moment as I type one-handed — was born one year and five days later in Saratoga Springs, New York. Not a miracle, I insist on it. Isn’t that the headline in women’s magazines, about stories like ours? “Our Miracle Baby”? I wouldn’t have used the word
miracle
even before fate and biology and the law of averages kicked us in the teeth, back when I believed in luck, when I was a wisher on stars and white horses and pennies dropped in fountains. Those were the pastimes of my first pregnancy. This dozing infant is no miracle, though more than we had the nerve to hope for, a nice everyday baby, snoring now, the best possible thing: dreamt of, fretted over, even prayed for. A ginger-haired baby who conducts symphonies while sleeping, sighing at the dream music. (Those hands! They underscore closing arguments in dream-baby court; they hail dream-baby taxis.) We ourselves didn’t pray (our religion is worry; we performed decades of it), but some of our friends did, and the mothers of friends, and nuns on two continents, our nuns-in-law. Such a beautiful, funny-looking, monkeyish, longed-for baby, exactly who we wanted to meet.

Every day as I love this baby in my lap, I think of my other baby. Poor older brother, poor missing one. I see the infant before me, the glory of the soles of the feet, the lips fattened and glossy with nursing, the nose whose future Edward and I try to predict daily. The love for the first magnifies the love for the second, and vice versa.

As for me, I believe that if there’s a God — and I am as neutral on the subject as is possible — then the most basic proof of His existence is black humor. What else explains it, that odd, reliable comfort that billows up at the worst moments, like a beautiful sunset woven out of the smoke over a bombed city.

For instance: in the hospital in Bordeaux one of the midwives looked at us and asked a question in French. Most of the calamity (that word again; I can’t come up with a better one) happened in French, which both Edward and I spoke only passably. Used to. My ability to speak French is gone, removed by the blunt-force trauma of those days. I’ve retained only occasional drifting words. Mostly I have to look things up. The French word for “midwife” is
sage-femme,
wise woman, I remember that. This particular wise woman was a teenager, checking items off a list. The room was like a hospital room anywhere, on a ward for the reproductively luckless, far away from babies and their exhausted mothers. Did we want to speak to —

Here’s what she said:

Which means, Would you like to speak to a nun? More nuns: of course in Catholic France, it was assumed that we were Catholic.

Which means, Would you like to speak to a dwarf?

When he told this to his friend Claudia, she said, “My God! You must have thought, That’s the last thing I need!”

“No,” Edward told her. “I thought I’d really like to speak to a dwarf about then. I thought it might cheer me up.”

We theorized that every French hospital kept a supply of dwarfs in the basement for the worst-off patients and their families. Or maybe it was just a Bordelaise tradition: the dwarfs of grief. We could see them in their apologetic smallness, shifting from foot to foot.

In the days afterward, I told this story to friends over the phone. We were still in Bordeaux. The hospital had wanted to keep me, but Edward explained that we would check into a nearby hotel — we lived an hour away in an old farmhouse — and come back for the follow-up examination. It will be better for our morale, he said in French, and the doctor nodded. Our terrible news had been relayed by my friends Wendy and Ann to the rest of my friends in America, and now I phoned to say — to say what, I wasn’t sure, but I didn’t want to disappear into France and grief. I called on our cell phone from our hotel room or from sidewalk cafés in the woundingly lovely French spring. Everything hurt. We ordered carafe after carafe of rosé, and I told my friends about the Dwarfs of Grief, and I listened to their loud, shocked, relieved laughter. I felt a strange responsibility to sound as though I were not going mad with sorrow. Maybe I managed it. At that moment I felt so ruined by life that I couldn’t imagine it ever getting worse, which just shows that my sense of humor was slightly more durable than my imagination.

Edward and I made a lot of plans that week; we thought all sorts of things were possible. For instance, we decided as we wept that we would go somewhere we’d never been as soon as we could. We were leaving France anyhow: we’d been there for a year and a half, and I’d landed a teaching job in the United States in the fall. Edward would look after the baby while I was at school. Our plan had been to go straight to the States, to Saratoga Springs, to settle in before my job started in September. Instead, we decided to pack the house and just — go. Barcelona, maybe. We pictured ourselves walking beneath a hot, unfamiliar sun, somewhere where the drinks were plentiful and not made in France. We believed that a short while devoted to oblivion and beauty would make us feel better. We thought that we
could
feel better. Soon enough the notion seemed ludicrous, and we forgot about our Spanish plans. Instead we spent the summer in England, on the North Norfolk coast, looking at the North Sea and hoping that Edward’s U.S. immigration application would be straightened out by fall.

Maybe Spain was just like my early jokes: I wanted to say something to my friends and family that wasn’t
Our child died and our life is over
.

Anyhow, for a few days we were stuck in Bordeaux, killing time until my follow-up appointment. I didn’t want to eat, we couldn’t drink forever, the hotel room was claustrophobic. Our second morning, we decided to walk through a flea market in a nearby park just to look at something different. All spring we’d gone to French flea markets, driving hours to look at piles of junk, or preposterously priced Louis XVI armoires, or glorious 1930s French bookends. Over the months we’d bought a handsome old clock and a sign advertising oysters, a pair of vases made of WWII artillery shells and a lampshade hand-painted with sea serpents of the here-be-dragons variety. We’d even been to this very flea market the week before, after an appointment with an anesthesiologist.