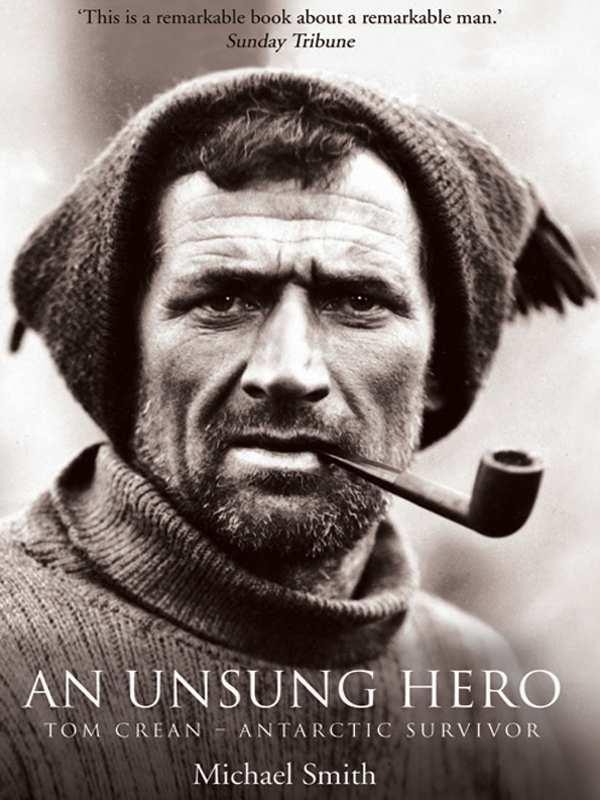 T
emperatures used in this book, unless otherwise stated, are in Fahrenheit, the measurement used at the time. In many cases approximate conversion to the now widely used Celsius scale has been added in parenthesis. (To convert F to C deduct 32, multiply by 5 and divide by 9.) But, as guidance, the following useful examples may be helpful to those unfamiliar with Fahrenheit.

In line with the measurements used at the time, many of the distances are measured as geographical or nautical miles, which is 1/60th of a degree of latitude, or equal to 2,026 yards (1.85 kilometres). Others are stated as statute miles, which are equal to 1,760 yards (1.6 km). One yard (3 ft) is 91 centimetres. Some approximate conversions are provided.

Weights are given in the avoirdupois scale and approximate conversions are given in kilogrammes. One pound (1lb) equals 0.453 kg and one ton is 2,240 lb (1,016 kg).

Money is stated in the contemporary values and conversion to modern equivalents is based on information supplied by the Bank of England. This gives an approximate indication of the sums of money required in December 2007 to purchase the same goods as in Crean’s time. Thus it would require £84 in 2007 to buy £1 of items in 1877, the year of Tom Crean’s birth.

T
he Dingle Peninsula, Kerry, is one of Ireland’s most beautiful spots, its rich mixture of rolling hills and rugged coastline jutting out into the Atlantic; nature at its best. Visitors today come from all over the world to admire the dramatic scenery.

About midway along the Peninsula, in a modest uncomplicated setting, sits the small village of Anascaul (
Abhainn an Scáil
). It is said that Ireland’s last wolf was killed in the overlooking hills. But visitors passing through the main street of Anascaul are alerted by one of the last buildings they glimpse as they travel west towards the better-known town of Dingle and the Atlantic breakers. This is a small pub with a highly unusual name: the South Pole Inn – situated alongside a quietly flowing river and a charming stone bridge, nowhere on earth seems farther from the South Pole.

But it is impossible to arrive or leave Anascaul without catching sight of the little building and wonder how a public house in a rural village surrounded by endless green fields on the Dingle Peninsula came to be called the ‘south Pole Inn’.

The answer, for those who linger, can be found in a small slate-grey plaque above the pub doorway. It reads:

The South Pole Inn was the home of Thomas Crean, a local man who rose from the obscurity of a typical farming community in Kerry to become one of the greatest characters in the history of polar exploration at the turn of the century – the Heroic Age of polar exploration.

Few men made a greater contribution to the annals of Antarctic exploration than Tom Crean and few were more highly respected by his celebrated fellow explorers than the unassuming Kerryman. However, for too many years, Crean’s contribution to the Heroic Age has been greatly underestimated, if not ignored.

The Heroic Age of polar exploration in Antarctica, which covers the first two decades of the twentieth century, produced some of history’s most astonishing stories and some remarkable characters. Even today, almost 100 years after the event, people are still captivated by the tales of Scott or Shackleton, particularly the heroism and tragedies, the bravery and fortitude and the outstanding human sagas of achievement and failure which seem barely credible in modern times.

However, it would be wholly wrong to assume that all the great deeds and achievements of the Heroic Age in Antarctica were the sole preserve of Scott and Shackleton. The expeditions of the age were made up by equally important figures, not always from the officer or scientific ranks, who were vital to the success of these enterprises. But their valuable contribution has so far been mostly overlooked or at best unceremoniously lumped together with the deeds of others. Lesser known, perhaps, but no less important and certainly no less outstanding. Such a man is Thomas Crean.

Crean was a prodigious traveller who sailed on three of the four momentous expeditions of Britain’s Heroic Age and at that time rightly won the highest possible recognition for his outstanding achievements. He was a colourful, popular character who was one of very few men to serve both Scott and Shackleton with equal distinction.

Crean was a simple, straightforward man with extraordinary depths of courage and self-belief who repeatedly performed
the most incredible deeds in the world’s most inhospitable, physically and mentally demanding climate. He was a serial hero.

Crean travelled further than most of the explorers traditionally associated with the Heroic Age and few left their mark as indelibly as the Irishman did. Appropriately enough, his name is perpetuated forever on the Antarctic Continent where he achieved his fame. ‘Mount Crean’, which extends to a height of 8,360 ft (2,550 m), stands at about 77° 53′ S 159° 30′ E in Victoria Land, Antarctica. The near 4-mile (6-km) ‘Crean Glacier’ runs down to the head of Antarctic Bay – 37° 01′ W 54° 08′ S – on the island of South Georgia, where the Irishman was to perform so nobly.

Tom Crean is not the only one whose adventures have been overlooked by Polar historians. History has also been unkind to men like Edgar Evans, William Lashly and Frank Wild, colleagues and friends of Crean in the South. It was men like these who provided the backbone for the great expeditions which lifted the veil from the Antarctic Continent, often at a terrible price. While these men were effectively second-class citizens at a time when the British class system was so prevalent, the Heroic Age would be incomplete without their contribution.

To be fair, it has not been easy for historians to chronicle the tale of Tom Crean, a semi-literate man who, unlike so many explorers of the age, did not keep a diary or maintain a prolific flow of correspondence with friends and family. Only a small amount of Crean’s correspondence has survived and so, in order to piece together his life and times, we have to rely on the words and memories of his contemporaries. Fortunately, since he was a prominent figure of the Heroic Age, there are ample records of his exploits in the published and unpublished accounts of the three expeditions on which he excelled. It is no surprise, however, that much of the coverage so far has been inconsistent.

But with the combination of Crean’s own writings, the works of his contemporaries and the invaluable recollections of
his surviving family, for the first time an authoritative and accurate account of the life of a remarkable man can be constructed.

His contemporaries had few doubts about his special qualities. Frank Debenham, who served alongside Crean on Scott’s fateful last expedition and later became the first director of the Scott Polar Research Institute at Cambridge, remembered the Irishman with special affection. He once wrote:

‘Tom Crean was in his way, unique; he was like something out of Kipling or Masefield, typical of his country and a credit to all his three expeditions. One has only to close one’s eyes for a moment to summon up his clean-cut features and his grin as he greeted one in the morning with: “Well fare ye, sorr”.’

Since those momentous days, Tom Crean had sadly become a somewhat neglected figure, an unsung and largely unknown figure whose outstanding stories and achievements remained a closed book to modern generations. But, more than most, he deserves to have his story told.

All generations are hungry for heroes and Tom Crean is a hero for any generation.

T
homas Crean was born on 20 July 1877 at Gurtuchrane, a remote farming area a short distance to the west of the village of Anascaul on the Dingle Peninsula, in Ireland’s County Kerry. The area is, even today, a quiet unassuming mixture of houses and farms surrounded by rolling green hills.

The contrast with the hostile, frozen Antarctic Continent where Crean would carve a remarkable career could hardly be more stark. By odd coincidence, Crean would later share his birthday with Edmund Hillary, the first conqueror of Mount Everest, renowned Antarctic traveller and one of the great adventurers of the twentieth century.

The Dingle Peninsula is rich in tradition, its origins easily traced back to the earliest European civilisations. It became a centre of Early Christian activity and despite conquest by both the Anglo-Normans and English, the area survived centuries of political and religious repression and persecution. The people were tough, resolute survivors and it is little surprise that Kerry was one of the areas which fought hardest to preserve the Irish language. To this day, the Dingle Peninsula is a
Fíor-Gaeltacht
, an Irish-speaking region.

By the late nineteenth century, it was in common use along the Peninsula and Crean’s parents were part of the last generation of Kerry people who spoke Irish as a first language. As a young man, Crean was brought up speaking both Irish and English.

He was a member of a typically large Irish rural family which, like so many of the time, struggled against grinding poverty and the persistent fear of crop failure and famine. The name Crean is fairly common in the Kerry region and is thought to be derived from Curran. In Irish his name is written as
Tomás ó Croidheáin
or
Ó Cuirín
.

His parents, Patrick Crean and Catherine Courtney, were farmers at Gurtuchrane who produced ten children during the 1860s and 1870s. Hardship was a way of life, with few if any luxuries and little prospect of any escape from the unrelenting battle to make ends meet and keep stomachs filled.

At the time of Crean’s birth, Ireland itself was still recovering from the devastating effects of the Great Famine three decades earlier when between 800,000 and 1,000,000 people perished – one in eight of the total population at the time – after the disastrous failure of the potato crop. It was to have a searing effect on Ireland’s soul, encouraging the mass emigration of perhaps two million people in the years immediately afterwards and greatly reinforcing the belief that Ireland should be master of its own affairs.

But by the end of the 1870s, famine once again threatened Ireland and inevitably reawakened in many fears of a repeat of the appalling horrors. The year of Crean’s birth, 1877, was miserably wet in Ireland, which set off an unfortunate chain of events that led to a deterioration in the potato crop in the following years. At the same time, the collapse of grain prices meant many farmers were caught in a catastrophic poverty trap and were unable to afford the often exorbitant rents imposed by the hated absentee landlords. For many farmers, especially in the west of Ireland, the terror of famine was now matched by the fear that they might be evicted from their land and homes. These people would have known precisely what another Irishman, George Bernard Shaw, meant 30 years later when he wrote that poverty was the greatest of evils and worst of crimes.

It was against this background of impending famine, dwindling income and a growing family, that Patrick and
Catherine Crean struggled to provide a life for Tom and his five brothers and four sisters; an environment which inevitably helped shape and prepare the youngster for the hardships and privations which he would face during his lengthy spells in the Antarctic.

Dark Solstice by Kaitlyn O'Connor
Family Skeletons by O'Keefe, Bobbie
MadetoBeBroken by Lyra Byrnes
Before I Sleep by Ray Whitrod
Apple Brown Betty by Phillip Thomas Duck
Husband for Hire by Susan Wiggs
Native Gold by Glynnis Campbell
The Space Between by Scott J Robinson
Murder of a Snob by Roy Vickers
Groomzilla by Tere Michaels
Our partner