Anatomy of a Single Girl 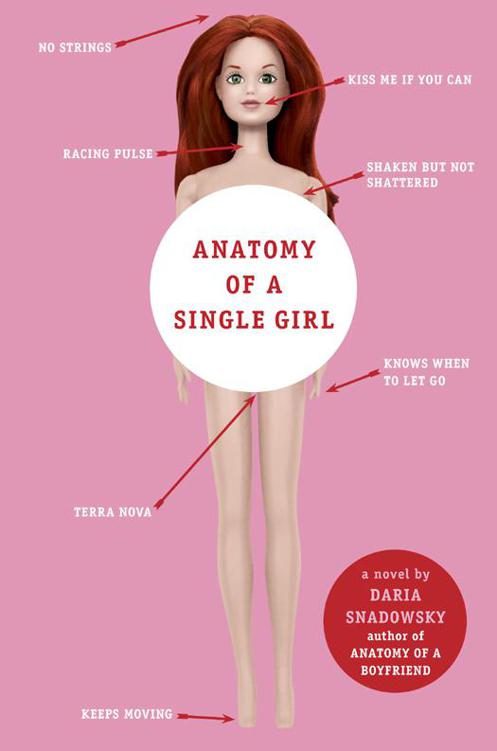 Educators and librarians, for a variety of teaching tools,
visit us at
RHTeachersLibrarians.com

FOR J —
WITH LOVE 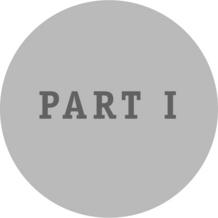 T
he logical thing would be for me to date Calvin Brandon.

For starters, he’s one of the nicest people I know at Tulane (or anywhere else). Unlike most college guys, he doesn’t need Budweiser, ESPN, or an Xbox to survive. We always have fun together and can totally be ourselves around each other. And no matter how frazzled I got by my summer electives, which crammed a semester’s worth of biology into only May and June, he could still make me laugh. On top of all that, Calvin
explicitly
told me that he’d like me to be his girlfriend.

I’d be the luckiest girl in Louisiana to be his girlfriend.…

So why don’t I
want
to be his girlfriend?

I’m trying not to obsess about it, when a plane taking off suddenly whooshes over the New Orleans airport, where Calvin’s keeping me company on the curbside baggage-check line. The loud rumbling of the engines forces us to stop talking. But while we stand there in silence, staring at each other, the mood turns awkward as we surely have the same thought: what a perfect moment for a first kiss. But as I
explicitly
told Calvin, I’m not interested in dating anyone right now.

But maybe it’s that I’m not interested in dating
him
right now.

Or perhaps I’m not interested in dating him
ever
?

So much for not obsessing about it.

I break the tension by taking out my cell phone and logging on to the university registrar. Once the engine noise lifts, Calvin glances at the display and says, “Professors don’t have to submit grades until sometime in July, you know. There’s no way anything’s posted yet.”

“You have nothing to worry about, Coppertone,” he declares, using his favorite new nickname for me. It’s meant to poke fun at my red hair (hence “copper”) as well as the vast amounts of sunblock I go through (to keep my fair, freckle-prone skin from becoming red, too). “I bet you aced everything. You hit the books harder than all of the other freshmen combined—”

“Hold it right there. I’m officially a rising
sophomore
, Mr. Know-It-All Rising Senior. And those were the toughest finals of my life, so all bets are off.”

“At least you’re a few credits ahead now. And you know what that means. Extra free time to spend with me next year!” He flashes an openmouthed smile.

“Ha ha,” I murmur, ignoring his thinly veiled come-on. Although Calvin has assured me he’s okay with keeping things platonic, he hasn’t stopped dropping suggestive hints. It’s annoying … and a little flattering. Who doesn’t like being liked?

Soon we near the front of the line, and as I’m rummaging through my backpack for my ID, he says, “You realize it’s still not too late to forget this Fort Myers madness, don’t you? That’s the biggest perk of being eighteen, Coppertone—you’re no longer obligated to follow your parents’ orders.”

I roll my eyes. “Going home is
my
choice, Cal. Second-year premed’s supposed to be brutal, and I don’t want to burn out on school before it even starts. Anyway, the deadline to enroll in the last summer session was yesterday.”

“You don’t have to take any more classes here. Just work at Res-Life with me! We could use help in the office manning the phones.”

“Hmm.” I patter my fingers on my chin in feigned contemplation. “As much as I’d love to spend the rest of break fielding drunken calls about lost room keys, I’m sticking with Florida.”

“Fine! Pass up a boring desk job for palm trees and piña coladas.
Be that way
,” he huffs, which just makes us both break out in giggles.

After my luggage gets checked, Calvin walks me the few steps to the terminal entrance and asks, “So, any exciting plans for the Fourth next weekend, without me?”

I explain how I’ll be with my best friend, Amy, whose mom and stepdad always invite me to their family barbecue. “And how about you, Cal? Chaperoning some lame coed mixer on the Riverwalk?”

“Dunno. I’ll probably just cloister myself in my single, research MBA programs, and explore a life of solitude and self-reflection.”

I roll my eyes again. “Well, despite your
im
moral support, it was very cool of you to come and help with my bags. I know move-out days are über-busy for you Res-Lifers, so thank you.”

I’m expecting him to dish out another wiseass remark. Instead, he turns toward me and says solemnly, “Thank
you
for letting me drag you out of the library once in a while. These last two months have been awesome. I really wish you were staying, Dominique.”

I don’t think I’ve ever been so startled to hear my name before, and I definitely wasn’t prepared for him to lay on the mushiness. In an attempt to deflect it, I answer, “Oh, next semester is just around the corner, and once I’m back, you’ll get sick of me.”

But he doesn’t seem to listen as his piercing brown eyes lock me into their gaze. As I let myself gaze at him, too, I think how Amy is so correct that a good personality can make a guy better-looking. Back in the fall when Calvin was an RA in my dorm, I could barely distinguish him from every other medium-height, middleweight Average Joe roaming the halls. Then again, the more he flirted with me, the more I wrote him off as a drip. It wasn’t until the end of spring term, when we were two of the only undergrads not leaving campus, that I accepted his hail on IM and promptly
realized how blind I’d been. We began hanging out, and, like magic, he grew more attractive with every laundry run, gym workout, and team trivia game we did together. And at this moment, with his dimpled cheeks ruddy from the 80 percent humidity and his bushy eyebrows squinty from the afternoon sun, he’s downright adorable.…

So why don’t
I
adore him?

Or am I not
letting
myself adore him?

Just then, another plane zooms overhead, and engine buzz again drowns out all conversation in the loading zone. Calvin’s still staring me down, and I catch him licking his lips. A few feet away from us, there’s a couple Frenching each other goodbye, sex-ifying the ambience even more. Suddenly some tourist bounding out of her cab accidentally sideswipes my backpack, causing me to fall forward against Calvin’s left shoulder. Instantly, his hands grip my waist, steadying me. It’s like the universe is commanding us,
Thou shalt suck face
!

But the next thing I know, I’m pushing away from him.

“Sorry,” I say, flustered, when the rumbling subsides. “Lost my balance there for a sec.”

“Oh, no. I’m fine.” I hold up my wristwatch and pretend to check the time. “Wow, I’d really better motor. And you, too. The shuttle back should be leaving any minute.”

Calvin nods sluggishly, clearly disappointed by what just didn’t happen. But he bucks up and nudges my upper arm with his knuckles. “All righty, Coppertone. Have a safe trip and an awesome vacation. You certainly earned a breather from this place.”

“And, hey—I get that it’s easy to lose touch when everyone’s away doing their own thing, and I promise not to pester you. But this is your home now, too, so try not to fall completely off the face of the earth, okay?”

“Cool. And beware of strange guys on your plane. They’re just interested in a one-
flight
stand.”

I grin. “Yeah, ’cause I’m
really
the mile-high-club type.”

Calvin’s grinning, too, and I sigh in relief that we’ve eased back into our normal repartee. Then I slide my boarding pass into my jeans pocket and say, “Well … um … see ya.”

I head toward the sliding glass doors, but I can sense Calvin still standing there watching me, and I know this can’t be the end. Even though we’re just friends, he’s become the most special person to me at school, and he deserves something more than “See ya.” So I do a quick one-eighty, sprint back, and embrace him as tightly as I can. He wraps his arms around me, too, and it feels so comfy and peaceful. Finally we exchange a round of smiles and waves before I go inside for real, this time more than pleased with how we’re leaving things. Hugs are really underrated.

Sure I’m curious what kissing him would be like, and I’ve always wanted to experience one of those romantic airport farewells. But it would’ve been unfair of me to blur the line between us prior to parting for eight weeks, when the kiss would’ve meant more to him than to me. Besides, it was already major progress just deliberately getting that physically close to any guy other than my ex-boyfriend.

Love's Precious Surprise (The women of Landry's Landing and the Fabrizio men) by Quinn, Shelli
No Wings to Fly by Jess Foley
SASSY IN STILETTOS ARe version by Nana Malone
The Cyber Chronicles - Book I: Queen of Arlin by T C Southwell
L.A. Rotten by Jeff Klima
Tom Hardy by James Haydock
Wilson Mooney Eighteen at Last by Gretchen de la O
The Tenth Order by Widhalm, Nic
And the Desert Blooms by Iris Johansen
Ancestral Vices by Tom Sharpe
Our partner