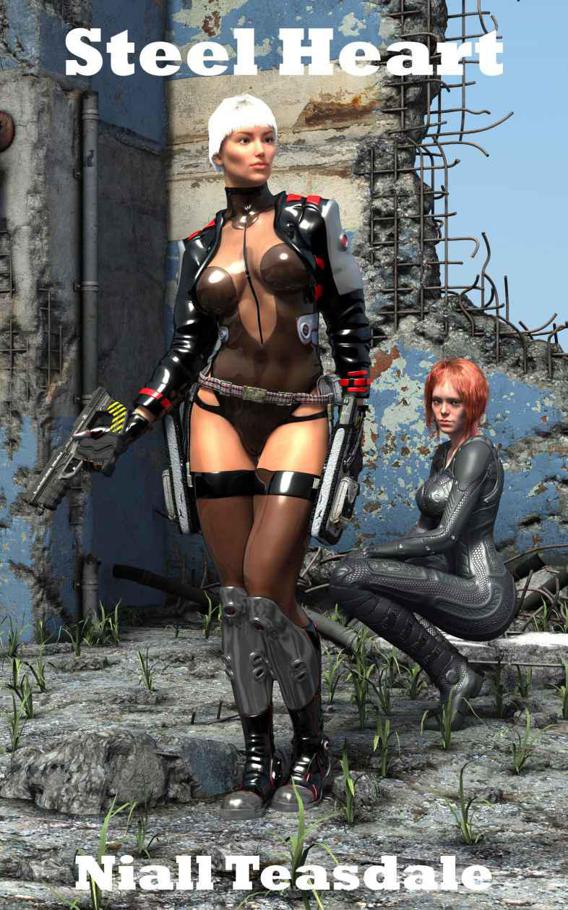 The wall in front of Aneka was full of stars. Technically it was the wall in front of the current flight crew of the frigate she was on, the Delta Brigantia, but they were now about half an hour from their destination and the captain had wanted their advisor up on the bridge. Aneka considered that a wise move.

They were flying into the Negral system, something of an oddity as far as star systems were concerned. There was one planet left, a gas giant on the outer edge. All the other worlds there had been pulled apart; planetary engineering on a grand scale done in order to do something even more amazing. Negral’s brown dwarf star had been crushed until the matter it was made of had collapsed into ‘strange matter,’ a soup of quarks with incredible density. The residents of Negral lived on a huge space station in orbit around the most powerful source of energy ever created artificially. Or they had.

A little over a month earlier, Aneka had watched a video message from Negral which had seemed to show a Xinti battleship closing in on the station. The Xinti were supposed to be dead, every last one of them. Since they had kidnapped Aneka, scanned her brain, and turned her into a high-tech ghost in a robot body, she was not exactly mourning for them, but if they were back then the galaxy was in trouble. The Brigantia was going to find out whether that was actually what had happened.

‘Lieutenant Baron,’ the captain said, her gaze shifting briefly to the man sitting forward of her and on the left. ‘Sensor systems on full passive scan.’

Baron’s hands shifted over the controls on his console. In front of him, and on the sphere of displays around the captain, images shifted and changed as the ship’s sensors changed from navigation to tactical mode. ‘Full tactical analysis active, Captain.’

Commander Marilyn Anderson, the captain of the Delta Brigantia, shifted in her seat. It was not exactly a seat, more a harness which held her upright and stable, but still allowed her to turn in all directions to view her all-round, panoramic space vista. In combat the idea was that the ship’s captain could see everything around their vessel. Right now the sphere was semi-transparent and Aneka could see her. ‘We’re almost at the point where we meet up with the light that left Negral when the attack happened. The sensors aren’t good enough to get details at this range, but if there was a big enough battle then we’ll see some evidence of it.’ She turned forward again, watching the displays.

‘What are you expecting to see?’ Aneka asked.

‘Probably nothing much,’ Anderson replied. Aneka frowned as the ultrasonic whine from the ship’s very powerful warp engine grew louder. ‘A few flashes of light…’ The whine grew, threatening to make the captain inaudible. ‘…gamma emissions from that big cannon of theirs.’ She glanced back again. ‘Frankly I doubt there’ll be much…’

The ship lurched violently and Aneka was thrown forward against the captain’s sphere, catching herself only because her reflexes were enhanced and her balance system was artificial. The forward screen was a blaze of brilliant light for a fraction of a second before it went entirely black and the flight deck was plunged into darkness.

Ella became aware of her surroundings and the fact that she was awake. She was in her apartment, in her bed, and Aneka was not there. The absence of her girlfriend had been the first thing she had thought of every morning since Aneka had left, and it was the last thing she thought of when she got into bed at night. She was quite sure that many of the people who knew her thought that she was just missing the sex, but she knew different. If she wanted that, there were plenty of people willing to supply it more recently than when Aneka had gone away. No, Ella was missing Aneka, just her presence.

With a sigh she climbed out of bed and padded towards the bedroom door. She needed a shower to clear her head before she went into the university.

As the water washed over her, she wondered whether Aneka missed her too.

In the second or so before the emergency lights cut in, Aneka wondered whether she was ever going to see Ella again. Then the dull red light turned the darkness the colour of blood and people started to move, and then she had other things to think about.

‘Bruises from my harness. That’s about it.’ That was Prentice, A-Shift’s pilot.

‘Be glad you’re not male,’ Hughes said. He was the gunnery officer. ‘I’m glad I’m not speaking in a falsetto.’

‘I’m fine,’ Baron added, ‘but I’ve got absolutely nothing here. Sensors are all down. As far as I can tell the computer’s offline.’

‘Did we drop out of warp?’ Anderson asked.

‘Yes,’ Aneka supplied. ‘I can’t hear the engine.’ She frowned. ‘It got a lot louder just before… whatever that was. Only time I’ve heard anything like it was when we went into Sapphira, and that was from gravity turbulence.’

‘We can worry about why later,’ Anderson said, turning herself around. ‘Right now I need to know what the state of my crew and my ship is.’ She hit the quick release on her straps then pushed on the back of the, now entirely transparent, Polyglass sphere. A section shifted a few centimetres and then stiffened. ‘Damn thing…’ Aneka put her fingers into the gap and pulled, cybernetic muscles and high-power motors making short work of levering the hatch upward. ‘Thanks. You know first aid, right?’

Aneka nodded, let the captain exit and then allowed the hatch section to fall back into place. Whatever normally kept it out of the way when not in use apparently needed power. ‘Part of the basic facilitator training.’

Anderson pulled open a panel on the rear wall of the room and took a large, white briefcase out of the space behind it. ‘Good. You’re with me. The rest of you stay here in case the power comes back on. We’re dead in the water near a potential combat hot spot. Stay alert.’

There was a manual unlatching system for the door, which was kept locked normally, and then Aneka had to drag the thing open to let them out. ‘Is the power supposed to go out like this?’ she asked once they were out into the corridor beyond.

‘No, but we haven’t lost the reactor. Artificial gravity is still working, so we have power, it’s just not getting through to a lot of systems.’

Anderson looked around as if trying to judge the state of the air. ‘Not that that’ll worry you too much. Life support has back-up power. As long as it’s not damaged we should be fine.’

‘I can survive for a while without air, but not indefinitely. I’m not indestructible.’

‘Let’s hope we don’t need to find out how long.’

The bridge was in the forward section of the ship, deep inside it behind a lot of armour, electronics and weapon systems. The walk to the habitation section amidships was not long, but then they had to manually open the door at the end of the access corridor. As soon as it was open a couple of centimetres they had help from the other side.

Ensign Lisa Cole’s pretty face grinned at them from the other side. ‘Captain, am I glad to see you. What happened?’

‘As yet unknown. Is anyone injured?’

‘Philip came down off his bunk pretty hard,’ Cole replied. ‘Alison’s looking after him. Couple of bruises otherwise. Chance went down to engineering. He was worried about Lieutenant Scotts.’

‘Walker’s got a first-aid kit?’ Cole nodded a reply. ‘All right, everyone’s to stay in the bunkrooms for now. We’re not sure what state life support is in. Jansen, let’s get down to engineering.’

It did not take too long. Engineering technically started just past the habitation section where the huge, toroidal warp drive that normally gave the frigate quite exceptional speed wrapped around the central corridor to the engine room. Basically the room was there to house monitoring equipment and give access to the warp drive, reactor, and the twin antimatter torch engines at the very rear. Aneka had not been terribly keen on being that close to that much antimatter, but she had been assured that containment failure was almost never a problem.