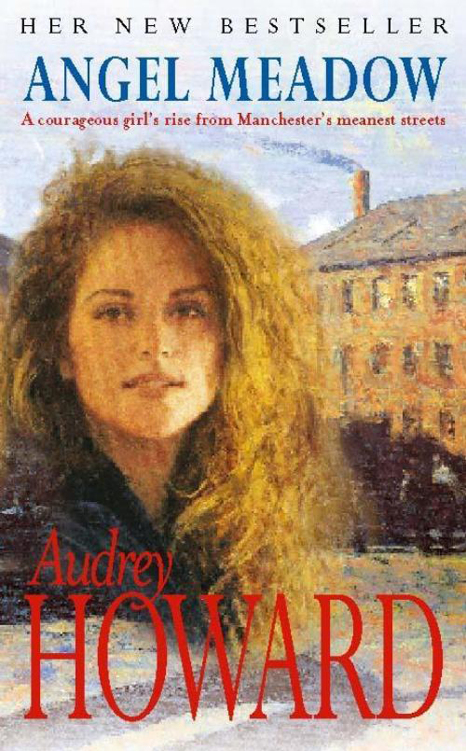 Nancy Brody is different from the rest of the folk in Angel Meadow, the appalling slum where her drunken mother Kitty was a prostitute . . . Only nine years old, Nancy decides to save her sisters Mary and Rose from the workhouse. She gets work for them all at the Monarch Cotton Manufacturing Mill - and then sets out to better herself and her sisters. Saving every penny, working every waking hour, Nancy succeeds, becoming a manufacturer herself. But happiness seems as elusive for Nancy as it was when she was a mistreated child. Though he once said he loved her, Mick O'Rourke has become Nancy's worst enemy, and seems destined to take a terrible revenge on her and her sisters. And Josh Hayes, the man who truly loves Nancy, seems destined to be parted from her.

ANGEL MEADOW
She saw a man, hard, tall, lean, arrogant as men of consequence often are, dressed in the manner of a young gentleman of business . . .
He was perhaps half a head taller than she was and in the tick of a second on the gold watch he wore across his waistcoat, less than a second, as their eyes met there was a flare of recognition, not from a previous meeting but of something in them both.
So here you are, his eyes spoke to hers. I knew you would come one day, and here you are. Yes, I’m here, the answer followed, then the strange moment was over, forgotten as though it had never been and they were just one furious combatant facing another.