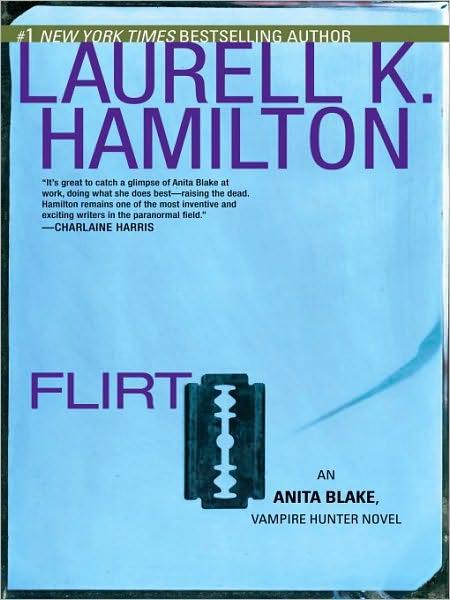 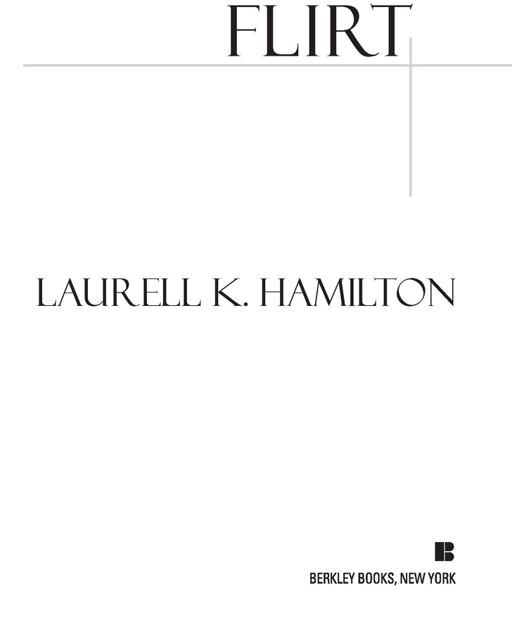 A BERKLEY BOOK
Published by the Penguin Group
Penguin Group (USA) Inc.
375 Hudson Street, New York, New York 10014, USA
Penguin Group (Canada), 90 Eglinton Avenue East, Suite 700, Toronto, Ontario M4P 2Y3, Canada
(a division of Pearson Penguin Canada Inc.)
Penguin Books Ltd., 80 Strand, London WC2R 0RL, England
Penguin Group Ireland, 25 St. Stephen’s Green, Dublin 2, Ireland (a division of Penguin Books Ltd.)
Penguin Group (Australia), 250 Camberwell Road, Camberwell, Victoria 3124, Australia
(a division of Pearson Australia Group Pty. Ltd.)
Penguin Books India Pvt. Ltd., 11 Community Centre, Panchsheel Park, New Delhi—110 017, India
Penguin Group (NZ), 67 Apollo Drive, Rosedale, North Shore 0632, New Zealand
(a division of Pearson New Zealand Ltd.)
Penguin Books (South Africa) (Pty.) Ltd., 24 Sturdee Avenue, Rosebank, Johannesburg 2196,
South Africa
Penguin Books Ltd., Registered Offices: 80 Strand, London WC2R 0RL, England
This book is an original publication of The Berkley Publishing Group.
This is a work of fiction. Names, characters, places, and incidents either are the product of the author’s imagination or are used fictitiously, and any resemblance to actual persons, living or dead, business establishments, events, or locales is entirely coincidental. The publisher does not have any control over and does not assume any responsibility for author or third-party websites or their content.
FLIRT
Copyright © 2010 by Laurell K. Hamilton
Illustrations copyright © 2010 by Jennie Breeden ( [http://www.thedevilspanties.com] www.thedevilspanties.com)
All rights reserved.
No part of this book may be reproduced, scanned, or distributed in any printed or electronic form without permission. Please do not participate in or encourage piracy of copyrighted materials in violation of the author’s rights. Purchase only authorized editions.
BERKLEY is a registered trademark of Penguin Group (USA) Inc.
The “B” design is a trademark belonging to Penguin Group (USA) Inc.
eISBN : 978-1-101-18481-3
An application to register this book for cataloging has been submitted to the Library of Congress.
[http://us.penguingroup.com] http://us.penguingroup.com
This one’s for Daven and Wendi, friends who finally taught me
the fine art of flirting. Thanks for the inspiration.
For Jonathon, too, because he was there by my side when
inspiration struck. He has taught me that to be happy with
someone, first they must be my friend. Without that there can be
nothing else.

Each friend represents a world in us, a world possibly not born until they arrive, and it is only by this meeting that a new world is born.

To Carri, who, with this book, saw the process from beginning to end for the very first time. Welcome aboard. Shawn, Semper Fi. I know you both have my back. Pili, thanks for the food and the friendship. To the rest of the crew who are still hanging in there: Mary, Sherry, and Teresa. To Jennie, for all the funny and the hard work. To my writing group: Tom Drennan, Deborah Millitello, Marella Sands, Sharon Shinn, and Mark Sumner.

No one has it who isn’t capable of genuinely liking others, at least at the actual moment of meeting and speaking. Charm is always genuine; it may be superficial but it isn’t false.
—P. D. James
Introduction

HOW DO I get my ideas? How do I know it’s enough for a book? How do I work?

I get these questions so often that when the idea for this book,
Flirt
, came to me, I decided to pay attention to the entire process from initial idea to finished product. You can read the novel and then read the nonfiction piece at the end of this book that tells the real-life event that inspired
Flirt
.

And once you’ve read the book and essay, you’ll get cartoons. No, really—cartoons from Jennie Breeden of “The Devil’s Panties.” The comics are her take on the event that inspired it all. If you read the essay or peek at the cartoons you will spoil some of the surprise of the novel. So, no peeking, okay? Think of it as a spoiler alert. You have been warned.

Now turn the page and enjoy spending some quality time with Anita Blake.

“I WANT YOU to raise my wife from the dead, Ms. Blake,” Tony Bennington said, in a voice that matched the expensive suit and the flash of the Rolex on his right wrist. It probably meant he was a lefty. Not that his handedness mattered, but you learn to notice primary hands when people try to kill you on a semiregular basis.

“My condolences,” I said automatically, because Bennington didn’t display any grief. His face was composed, almost blank, so that if he was handsome in that gray-haired, I’m-over-fifty-but-keep-in-good-shape way, the lack of expression took all the fun out of it. Maybe the blankness was his way of showing grief, but his gray eyes were steady and cold as they met mine. It was either some steely control of grief, or he didn’t feel anything about his wife’s death; that would be interesting. “Why do you want me to raise your wife from the dead, Mr. Bennington?”

“At the rates you charge, does it matter?” he asked.

I gave him a long blink and crossed my legs, smoothing the skirt over my thighs as automatically as I’d said my condolences. I gave him the edge of a smile that I knew didn’t reach my eyes. “It does, to me.”

An emotion filled his eyes then: anger. His voice held barely a hint of the emotion that turned his eyes a darker shade of gray. Maybe it was steely self-control after all. “It’s personal, and you don’t need to know it to raise her as a zombie.”

“This is my job, Mr. Bennington, not yours. You don’t know what I need to raise a zombie.”

“I did my research, Ms. Blake. My wife wasn’t murdered, so she won’t rise as a vengeful, flesh-eating monster. She wasn’t psychic, or a witch, and had never gone near any other religion that might make her more than a normal zombie. There’s nothing in her background that makes her a bad candidate for the ceremony.”

I raised an eyebrow. “I’m impressed; you did do your research.”

He nodded, once, manicured hands smoothing his tailored lapel. “Then you’ll do it?”

I shook my head. “Not without a reason.”

He frowned at me, that flash of anger back in his eyes. “What kind of reason do you want?”

“One good enough to make me disturb the dead.”

“I’m willing to pay your rather exorbitant fee, Ms. Blake; I would think that would inspire you.”

“Money isn’t everything, Mr. Bennington. Why do you want her raised from the dead? What do you hope to gain from it?”

“I don’t, either, but you keep not answering my original question; I thought maybe if I rephrased it you would.”

“I don’t want to answer either question,” he said.

“Then I won’t raise your wife. There are other animators at Animators Inc. who will be happy to take your money, and they don’t charge my rates.”

“Everyone says you are the best.”

I shrugged. I was never sure what to say to things like that, and found silence worked best.

“They say you are a true necromancer and have power over all types of undead.”

I kept my face blank, which I’d gotten better at over the years. He was right, but I didn’t think it was commonly known. “You’ll turn a girl’s head with talk like that.”

“You have the highest number of executions of any member of the U.S. Marshals preternatural branch. Most of them were rogue vampires, but some of them were wereanimals.”

I shrugged. “That’s a matter of record, so yeah, but it has no bearing on what you want from me, Mr. Bennington.”

“I suppose it has as little to do with my request as your reputation as a sort of female Casanova.”

“My love life really has nothing to do with my ability to raise the dead.”

“If you can truly control all manner of undead, then it might explain how you can slay vampires and still date them.”

Jean-Claude, one of the vampires in question, was a little iffy on who wore the pants in our relationship sometimes because of my powers; just as I was iffy on how much of our relationship was my idea because of his vampire powers over me. We had a sort of metaphysical detente. “Jean-Claude and I were in the papers recently, so that didn’t take much research.”

“One of St. Louis’s hottest couples, I believe was mentioned in the article.”

I tried not to squirm with embarrassment, and managed it. “Jean-Claude is pretty enough that anyone on his arm looks hot.”

“That much modesty doesn’t become a woman,” Bennington said.

I blinked at him, frowning. “Sorry, I don’t know what you mean by that.”

He studied my face, then said, “You really don’t, do you?”

“I just said that.” I felt like I had missed something, and didn’t like it. “I am sorry for your pain, but you’re not winning me over.”

“I need to know if your reputation is real, or just talk, like so many of the tall tales about you.”

“I’ve earned my reputation, but if you really did your research on me then you also know that I don’t raise zombies for kicks, or thrill seekers, or tormented relatives unless they have a plan.”

“I understood the question, Ms. Blake; you don’t have to say it slowly.”

“Then answer the question, or this interview is over.”

He glared at me, that anger darkening his eyes to a nice storm-cloud gray. His hands made fists on the chair arms, and a muscle in his jaw flexed as he ground his teeth in frustration. Iron self-control it was.

I stood up, smoothing my skirt down in back, out of habit. I’d been polite because I knew how much money he’d paid just to talk to me, and since I was going to refuse I wanted him to feel he’d gotten something for his money, but I’d had enough.

“I need you because there isn’t much left of her body. Most animators need a nearly intact body to do the job; I don’t have an intact body to work with.” He wouldn’t look at me as he said it, and there was a flinching around his mouth, a tension to those eyes he was hiding from me. Here was the pain.

I sat back down and my voice was gentler. “How did she die?”

“It was an explosion. Our vacation home had a gas leak. She’d gone up ahead of me. I was going to join her the next day, but that night . . .” His fists tightened, mottling the skin, and that muscle in his jaw bulged as if he were trying to bite through something hard and bitter. “I loved my wife, Ms. Blake.” He sounded like the words choked him. His dark gray eyes gleamed when he raised them back to me. He held on to his unshed tears the way he held on to everything else: tightly.