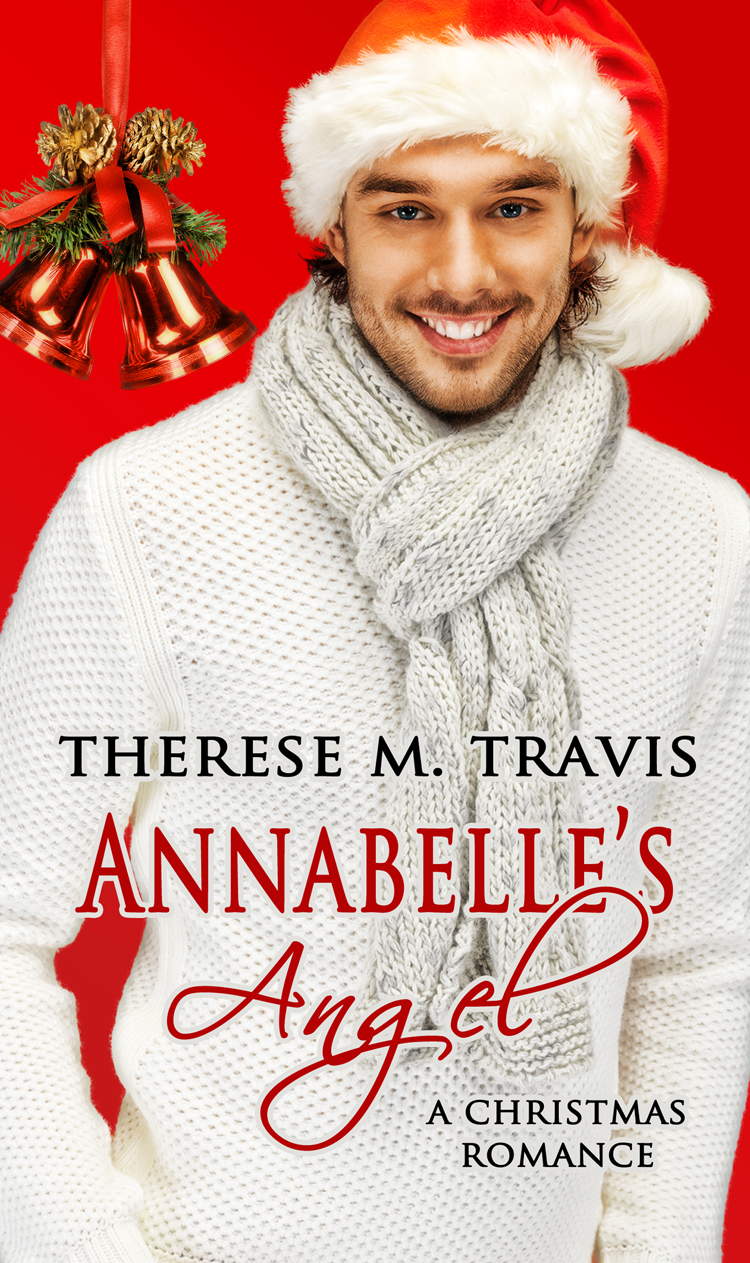 This is a work of fiction. Names, characters, places, and incidents either are the product of the author's imagination or are used fictitiously, and any resemblance to actual persons living or dead, business establishments, events, or locales, is entirely coincidental.

All scripture quotations, unless otherwise indicated, are taken from the Holy Bible, New International Version(R), NIV(R), Copyright 1973, 1978, 1984, 2011 by Biblica, Inc.â ¢ Used by permission of Zondervan. All rights reserved worldwide. www.zondervan.com

For Claudia, who inspired me, and for God, Who is Inspiration.

Whether you turn to the right or to the left,

your ears will hear a voice behind you, saying,

Sometimes, Annabelle Archer thought she'd have done well in an old-fashioned novel, a bit like the one she was reading aloud to her youngest sister and two of her brothers. It would be written in an early 1900's style, about the spinster older sister who sacrificed her dreams of career or marriage to help raise her orphaned siblings. Of course, no one would write it, because who wanted to read a story in which nothing ever changes?

Gaspingâbecause she hadn't indulged in self-pity for monthsâAnnabelle stifled the mangy, creepy-crawly feelings and turned the page of the storybook. She shifted so everyone could see the line drawing. Then, in her best voice, she continued to read. “âThe children lay on their backs in the cold, fresh snow. They each flapped arms and legs until Ned called, âTime;' then each sprang to his or her feet to survey their new snow angels.

“âBitsy's was the smallest, of course, and a wreath of fallen pine cones formed a tiny halo just a few inches above her snow angel's head.'”

“
An
ice sculpture,” Annabelle corrected. “No. It's something people make in the snow.”

“Not quite.” Annabelle turned the book so the three youngest could see the picture again. “See? You lie on the snow and flap your arms to make the wings.”

Faith, pretending to read her own book, but obviously listening, said, “So it's really a no-snow angel.”

Matt pushed against Annabelle's arm. “You ever made one, A'belle?”

“Then how do you know 'bout them?”

“Because I read.” A lot. Too much, probably. She ought to pay more attention to her brothers and sisters.

The two oldest boys stormed down the stairs, their shoes drumming like a herd of fifty horses on a boardwalk.

Their grandmother would not be pleased.

“We know.” Liam tiptoed the last three steps. “That's why we asked coach to come pick us up. So you wouldn't have to load all the little kids in the car.”

Instead of the usual protests of being called “little” (Faith or Brody) or pleas to go for a ride (Matt and Victoria), all four of the said “little ones” looked at the front door.

“Where is he?” Victoria asked.

“Not here yet.'' Joe jerked his head at Liam. “Let's get snacks and water. And Annabelle, you'd better get the door. None of the little kids know the coach.”

“I don't know him. Not that well.” Although she'd seen him plenty of times, at church.

“But you're a grownup,” Faith pointed out. “It's OK if you talk to strangers.” She closed her book and got to her feet, stretching her lithe fourteen-year-old frame.

Mattie tugged Annabelle's sweater again. Most of Annabelle's clothes were a bit stretched out of shape because of his habit. “Can you ask him if he's made a snow angel?”

Ask the handsomest man in townâthe one who had no idea Annabelle Archer existedâanything? “No.”

“Then can you introduce me, so I can ask him?”

The bell rang, and Annabelle looked around. No Liam, no Joe, and no Faith, and three wide open pairs of eyes waiting for her to protect them from strangers.

Usually she'd have to tie up any one of them to keep them from answering the door. They never made such a fuss over a simple act.

Sighing, Annabelle stomped across the hall to jerk open the door.

Rick Stockton was just as good looking as he'd been the last time she'd stared at him during a church service. Longish dark hair and a short goatee, and blue eyes that managed to twinkle even from across the sanctuary. They were much closer now. Too close.

Annabelle stepped back, one hand going to her cheek to make sure her hair covered her eye and eyebrow.

“Right. Liam said you were picking them up.” She engineered a half-second shake before she backed away again. “Come in for a minute. The boys are getting food.”

He nodded and shut the door behind him.

Matt bumped Annabelle from behind and got right under Rick's feet, staring upward, his eyes wide and awed. He didn't run into many men, not up close like this, although Joe, at sixteen, was galloping up on six feet, Liam not far behind. But this guy had quite a few inches and plenty of pounds on them.

“Do you know how to make a snow angel?”

But Rick held out his hand. “Yeah, actually, I do. I used to live near Chicago. My cousins taught me.”

“Could you show us?”

His lips twitched. “Do you have any snow?”

Matt shook his head and went on staring.

Rick looked at Annabelle, his eyebrows quirked in a question.

“I was just reading them a story, so they were wondering,” she said.

“You should take them up in the mountains one day and show them how to make one.” Rick smiled at all three of the kids gazing up at him.

“She doesn't know how.” Brody's voice dripped scorn. “You'd have to teach
her
first. Unless
you
take us. Then Annabelle could stay home. Annabelle always wants to stay home.”

And sometimes, she wanted to strangle a younger brother or two.

Before Rick could answer, Liam and Joe pounded out of the kitchen, as noisy as ever. Annabelle shushed them and shooed them out with one motion.

“How come I never see your parents?” she heard Rick ask.

The bald answer from Liam sent shudders through Annabelle, and she risked another look outside.

Before Annabelle shut the door, she saw the look on Rick's face. Pity. She wouldn't tolerate her own pity, why would she accept someone else's?

Rick stumbled off the curb before he managed to get his car door unlocked. Was she watching? He managed not to peek back at the house to check, and the meaning of Joe's last words hit him. “Both your parents? They both died?”

“Yeah. They were in a car accident.”

Liam, as usual, had more to say on the subject. “Grandma was driving, and Annabelle was in the car, too. And this truck ran into them.
Bam!
” He shut his car door before he demonstrated the accident with his hands. “We never even got to see the car after that. Annabelle made them junk it.”

“It still bothers her to think about it,” Joe said.

“Does it bother your grandmother?”

“Well, yeah. That's why she doesn't drive.” Joe scratched his head. “Annabelle's as good as a mom, though. Especially to the little kids.”

The more he heard about her, the more Rick realized their oldest sister was something else. Pretty, even with her straight blond hair covering half her face. “Your sister's name is Annabelle?”

“I've never met her before.”

“Sure, you have. She takes us to practice and the games most of the time.”

“Oh.” He started the engine and pulled onto the quiet street. “I got the idea she didn't leave the house.”

“She does, she just doesn't like to. 'Cuz ofâ” Joe made the same gesture Annabelle had when she'd opened the door, sliding her hand against the hair covering her eye.

After the game, which ended in a defeat brought on by the coach's appalling lack of attention, Rick took the Archer boys home. They argued the entire way over whose fault the loss was.

“Quit blaming everyone else. You know it was me,” he bellowed.

The boys gaped at him as they got out in front of their house.

Finally, Liam mumbled, “No one said it was you.”

“Then they should have.”

The front door opened and all four of the younger kids tumbled outside, laughing and calling something about cookies.

Rick looked at the six children in the front yard, and his empty stomach protested again. “There's probably not enough.”

“Are you kidding? Annabelle's been feeding us for years. There's always enough.”

They led him through the back door and into the kitchen. Plates overflowing with cookies obscured the counters and a small table.

“I should eat some real food first,” Rick mumbled.

“You sound like Annabelle. You'd better eat dinner with us then.” Liam yelled into the kitchen. “Annabelle, Coach is staying for dinner.”

''Hey, hey, wait. I didn't say that.” But Rick was talking to an empty room, at least, until Annabelle walked in.

She stopped, making the same protective gesture over her face. He'd seen that move before, in church. And to his shame, he'd never given a second thought to the woman behind it.

“Your brothers seem to think I invited myself to dinner.”

Her smile was small. “No, they think
they
invited you. And, of course, you're welcome. The little ones are setting a place for you now.” She waved toward a hallway behind her. “I hope you like meatloaf.”

“And don't have any allergies.”

“That's good. We're a little worried about Mattie. We're not sure if he's reacting to food or if something else is going on.”

What he could see of her face went red.

“But you don't want to hear all that.”

“Why not? He's the second to youngest, right? The one who wanted to know about snow angels?”

“He's what, eight? And already Joe says he's turning into quite an athlete.”

“He is.” She looked up, obviously entranced with this subject. It was probably one of her favorites. “But he likes soccer better than football.”

Make You See Stars by Jocelyn Han
Evermore by Rebecca Royce
Werelord Thal: A Renaissance Werewolf Tale by Tracy Falbe
Crumbs by Miha Mazzini
The Trial of Marie Montrecourt by Kay Patrick
Second Chances by Evan Grace
Confessions of a Kinky Divorcee by Fox, Lana
The Art of Killing Well by Marco Malvaldi, Howard Curtis
A Guardian of Innocents by Jeff Orton
DragonMaster by Jory Strong
Our partner