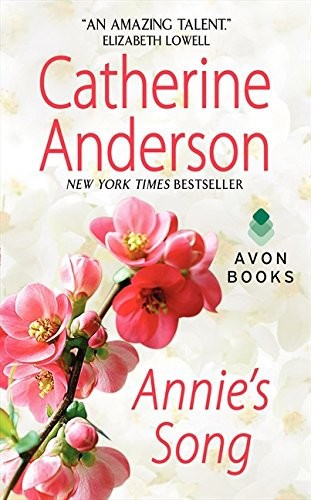 When he was sober, Douglas Montgomery was bearable to be around, but when he drank, Alan Dristol was afraid of him. Why, Alan wasn’t certain. As far as he knew, Douglas had never done anything truly vicious to anyone. But even so, Alan couldn’t shake the feeling that he might.

It was an unsettling thought because it forced Alan to examine his own character. If he didn’t like Douglas, why did he associate with him, let alone drink with him? It was a question Alan had asked himself a dozen times, and the answer, though unpleasant to admit, was that he was afraid to tell Douglas no. No—such a simple word. But saying it to someone like Douglas wasn’t simple.

Slowing his horse’s pace, Alan squinted against the bright morning sunlight to study the backs of his four companions as they rode along in front of him. Douglas Montgomery, a head taller and broader across the shoulders than the others, led the group. As though to emphasize his authority, he frequently sank spur into his gelding’s flanks and continually jerked on the poor beast’s reins. Observing the mistreatment, Alan felt a little sick. The gelding was well-behaved, and there was absolutely no need for Douglas to handle it so harshly.

Shifting his gaze, Alan observed James Radwick, Roddy Simms, and Sam Peck, the other three young men who preceded him. They had been his best friends since way back when he still wore knickers, and he felt he knew them nearly as well as he knew himself. He suspected each of them feared Douglas as much as he did. What a pitiful lot they were, forsaking everything they’d ever been taught, following along behind Douglas last night like ducklings in a queue, visiting the brothels with him, then drowning their guilt in drink, only to pay the price this morning with fierce headaches. Christ. It was Sunday. Their families would be at church right now, wondering where they were. Did none of them have a will of his own?

Wheeling his mount sideways in the road to block their way, Douglas swept off his gray felt derby and wiped the perspiration from his forehead with his sleeve. It was an uncommonly dry April; there had been little rain the last two weeks, and the road was dusty. He grimaced at the dirt that came away on his white cuff. “I say we sober up with a swim,” he said with a challenging air. “Last one in is a mama’s boy.”

Misty Falls and their favorite swimming hole were nearby. Scarcely able to believe he had heard correctly, Alan glanced in that direction. Douglas loved to do wild, crazy things, the more daring, the better. But coming on the heels of last night, this was too much. “A swim? Have you lost your mind?

We’ll freeze our asses off.”

“Jesus, Alan, you’re such a little mollycoddle. It’s hotter than blazes out here. I’m sweating and so are you.”

“Fully clothed and dry, yes, I am sweating,” Alan conceded. “But I won’t be if I get in that swimming hole.”

“The water in that pool is melt off from the snow in the mountains,” Roddy pointed out. “It’ll be uncomfortably cold, Douglas, without a doubt.”

“Uncomfortably cold? Are you a man, Roddy? Or a mewling girl dressed up like one?”

Roddy’s face flushed with humiliation, but he said nothing in defense of his manhood. None of them ever

stood up to Douglas.

With a snort of disgust, Douglas spurred his gelding off the road and into the drainage ditch that ran alongside. Waving his derby, he let out a caterwaul as his horse sprang up the bank. Alan looked dubiously at his three friends, knowing without asking that none of them wanted to go swimming. Sadly enough, he also knew they’d kowtow to Douglas’s whim because no one had the guts to buck him.

Sam sighed. “Sometimes I wish it was just us again, that we’d never gotten involved with him.”

Alan shared the sentiment, but it seemed a moot point. The fact was, Douglas had not only joined their group but had taken over. The four of them turned their horses and headed reluctantly toward the falls.

As if in forewarning, the wind suddenly picked up, brisk and refreshingly cool on Alan’s face. Against wet skin, he knew it would feel icy.

Instead of taking the trodden path, Douglas cut through the woods to reach the swimming hole, and it was rough terrain. Madrone, laurel, stunted oak, and twisted fir tangled together like an old woman’s arthritic fingers to block the way, their stout, gnarled trunks shooting up from thick clumps of undergrowth. It was impossible to see the ground. Afraid his horse might stumble into a chuckhole and break a foreleg, Alan slowed his pace to a cautious walk. His friends, fearful of getting on Douglas’s bad side if they dallied, made no such concession. The cost of a ruined horse aside, Alan felt they showed no humane regard for their mounts by pushing them across such uneven ground. But he was only a follower, not the leader. Whatever Douglas insisted upon, the others did, no questions asked, their horses and everything else be damned.

Arriving last, Alan heard the voices of his four companions drifting back to him through the pine and fir trees. Whoops and hollers. Despite his resentment of Douglas, he smiled, imagining Sam, Roddy, and James leaping naked into the freezing water. Crazy fools. They’d get pneumonia for this day’s work, and all only to humor Montgomery. Blast the Montgomerys. Blast their fancy house up on the hill. Blast their money. Sometimes Alan wondered if their self-appointed leader didn’t come up with these outlandish suggestions just to see how far he could push them.

Breaking through the trees at last, Alan was surprised to note that no one had entered the water yet. He cupped a hand over his eyes to see what all the commotion was about and determined that there were five figures near the swimming hole, his four companions and a slightly built girl. Douglas had taken possession of the girl’s shawl and was holding it beyond her reach. Typical. Any time Douglas got a chance to bully someone, he took it. Though it disturbed Alan, he supposed the teasing was harmless enough.

Then he recognized the girl. Annie Trimble, the town moron. Though nearly twenty and well past girlhood, she cut a childish and pathetic figure in her shapeless blue frock, black stockings, and high-button shoes smudged with dirt. Because his mother was a frequent visitor to the Trimble home, Alan knew that Edie Trimble tried to keep her daughter tidy, but Annie ran wild in the woods so much it was an impossible task.

His heart caught at the panicked expression on her small face as she grabbed wildly to reclaim
Generated by ABC Amber LIT Conv
erter, http://www.processtext.com/abclit.html

possession of her shawl. Because Annie frequently forgot articles of clothing in the woods, her folks were strict with her about bringing her things home. Alan knew she’d get a scolding, or worse, if she went back to the house without her wrap. Her father, the judge, didn’t believe in sparing the rod, and, given Annie’s affliction, he used a firmer hand with her than he ever had with his three older daughters.

Alan didn’t fault the judge for that or think him cruel. A girl of Annie’s limited intelligence was difficult to control, and her parents were to be commended for keeping her at home. Most people would have committed a child like Annie to an asylum. If not for the fact that the Trimbles managed to keep the girl pretty much out of sight when they had callers, they might have been ostracized by polite society. A good many individuals found someone like Annie off-putting. Despite that, Annie’s parents had not institutionalized her, choosing instead to keep her existence obscure.

Why the Trimbles bothered, Alan couldn’t say. Money was certainly no object; they could easily afford to foster the girl out, and given the judge’s political aspirations, it was a wonder they hadn’t done just that. Though it was a well-known fact that Annie had been of normal intelligence until a childhood fever affected her mind, there were still those individuals in town who whispered behind the Trimbles’ backs, claiming one of Edie Trimble’s uncles was mad and that mental imbalance ran in their family. Talk like that could destroy a politician’s credibility.

Damn it. Douglas had to know Annie didn’t understand he was only playing with her. That was evident in her frantic attempts to reclaim possession of the shawl. The poor creature was several bricks shy of a full load, and anyone could see it. The bewildered expression in her large blue eyes was a dead giveaway, not to mention the odd way she tipped her head whenever Douglas spoke to her. She clearly didn’t grasp anything he said.

“Haven’t we outgrown this sort of behavior?” Alan called out. “Come on, Douglas. Leave the poor girl alone.”

“Saint Alan speaks,” Douglas retorted. “As if you’ve never made sport of her?”

He had Alan there. “We’ve all been guilty of tormenting Annie a time or two, but that was when we were kids. Grown men don’t do such things.”

Douglas didn’t appear to be listening. Leaning forward, he grinned broadly at Annie and dangled her shawl just beyond her grasp. “You want it, sweet thing? Come and get it, then.”

As he lured her ever closer, Douglas swept his gaze over Annie’s frock, which was damp, probably from the waterfall farther upstream. Everyone who lived in and around Hooperville knew that Annie had a penchant for lounging about on the rocks surrounding the falls. Why, God only knew. The continual mist that rose off the cascading water was icy cold, but it didn’t seem to discourage her, no matter the weather.

The wet cloth of Annie’s dress, soft from many washings, clung to her body, revealing far more than it concealed. The feminine curves beneath were delightfully ample and unfettered. Smelling trouble, Alan swung down from his horse. Surely Douglas couldn’t be thinking what Alan feared he might be. To even entertain the notion was unconscionable. But, then, who had ever claimed Douglas had a conscience?