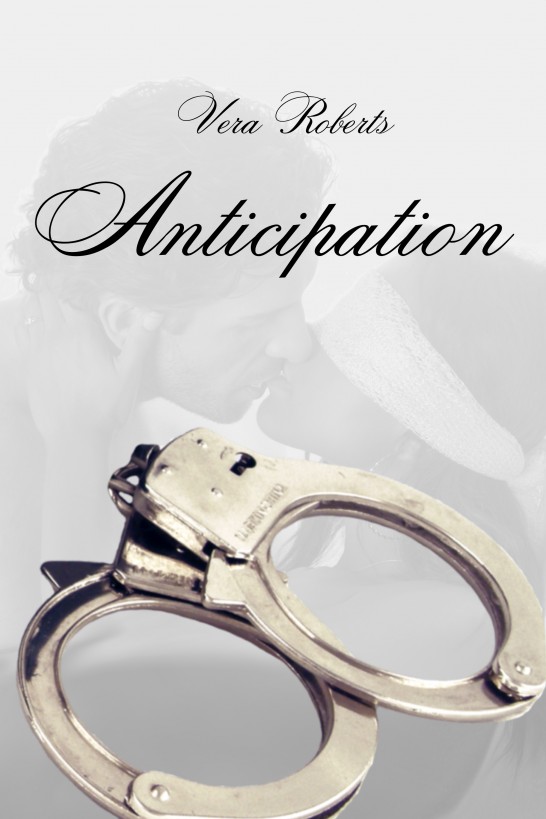 This e-book is licensed for your
personal enjoyment only. This e-book may not be re-sold or given
away to other people. If you would like to share this book with
another person, please purchase an additional copy for each
recipient.

This book is a
work of fiction. The names, characters, places and incidents are
products of the author
’
s
imagination, or are used fictitiously. Any resemblance to actual
persons, living or dead, events or locales, is entirely
coincidental.

She knew she was in over her head the moment
she saw Them both.

Saint Nick doesn’t have a lot of time to
spare between his profession and nurturing His two submissives,
Stacey and Whitney. When his good friend from Los Angeles comes out
for a favor, Nick is very grateful and advises Scott on his issue
with Mariana, his maid. He also returns a favor to Scott for his
time as well.

This is the first book in a two-part novella
series and the lead-in to the sixth D’Amato Brothers novel, due in
2015.

Author’s Note: This series takes
place before To Love and Obey (D’Amato Brothers #2) and immediately
before the beginning of the S&M books.

“
I, with a deeper instinct, choose a man
who compels my strength, who makes enormous demands on me, who does
not doubt my courage or my toughness, who does not believe me naïve
or innocent, who has the courage to treat me like a woman.”

Stepping inside the club and looking around,
Krista Allen finally felt at home. As close to home as she could
get.

The club was dark, but not so much where she
couldn’t see anyone or anything. Blue, green, and purple lights
faded in and out as the heavy air conditioning unit blew overhead.
There was a dance floor filled with sweaty bodies, bumping and
grinding against each other. The thumping bass line of a slow
R&B track tickled her ears as submissives and their Masters
paraded in front of her. Some were on leashes. Some were collared.
Some stood idly beside their Masters as they engaged in
conversation with other fellow Dominants.

A couple walked past her wearing matching
latex outfits. A woman was being led on by a leash. Two women
flanked a tall man and they only wore stilettos and rope
intricately tied around their bodies. Another woman – oh God – had
two sets of chopsticks attached to her nipples.

It was a fantasyland. It was a different
world. It was…the Dungeon.

Krista was instantly jealous. She briefly
closed her eyes and let out another breath. She didn’t come this
far to be jealous and blow her chance at finding a real Dom before
it was presented to her. No, she needed patience.

She’d searched far and wide for someone,
going on numerous BDSM dating websites and even a few dates. No one
could come close to what she wanted. Some wanted to have sex with
her and Krista scoffed at the idea. If she wanted just a bed buddy,
she had her pick of the litter in front of her in New York. With
curly black hair, baby-soft brown skin, curves that led to an
apple-shaped ass and toned legs, and a smile as wide and bright as
the sun, Krista had no shortage of dates. Some men had no idea what
it entailed in being a Dominant and she could tell they came from
the whips and chains school of thought.

She knew what she wanted – someone to be her
coach when needed, a shoulder to cry on when necessary, and a
sounding board when the opportunity presented itself. She needed
someone to bring out the best in her and make her believe even if
she couldn’t. Occasionally spanking her with a flogger and making
her do unspeakable bedroom acts were just added bonuses.

The post itself was about a certain event
happening during that weekend, a medical demonstration by two
Masters – Nick and Scott. Krista was about to bypass the thread
until she saw the conversation about them from a variety of
submissives.

“
Can you believe both Master Scott and
Saint Nick are going to be there? I’m climaxing just thinking about
what they’re going to do to that lucky-ass bitch!”

“
For Master Scott to be doing it, you
know it’ll be hot. But with Saint Nick as well? OMFG.”

“
I wonder if the poor girl is going to be
able to walk when they’re done with her. My bets are that she
wouldn’t.”

Krista went from being a little interested
to very curious to stalking her wardrobe and wondering if she
needed to go buy a completely new ensemble for that weekend. She
was going to see if “Saint Nick” and Master Scott were living up to
the hype they had seemingly created in the throes of hungry
submisssives on an online message board.

Or if they were full of shit – just like the
countless other “Doms” she had encountered.

Streams of sunlight hit her bright and hard
in the face, causing her to slowly open her eyes so she could fully
embrace it. Her blinds were normally closed shut so she knew the
only reason why they were open was because He was there.

He’d surprised her for her birthday.

Whitney Larson stretched her arms out and
sat up in bed before bringing her arms around her knees and hugging
them. A year ago, she woke up in some stranger’s bed after a night
of partying and excessive drinking. She could remember she was
bloated, with a face full of acne, and her lifestyle was nothing to
sneeze at.

A year later, she was one of two submissives
to one of the most amazing men she’d ever met. She knew there was a
reason why He was called Saint Nick and it was so true; He’d
literally saved her and changed her life for the better.

She would be forever grateful to Him.

Since then, she’d lost 50 pounds, became a
pole dance and yoga instructor, and completely changed her life –
all because of Him.

“Good Morning,
piccina.
” His deep
baritone greeted her before she saw Him. Dressed in an open-collar
grey dress shirt and matching slacks, Nick carried a tray full of
breakfast and coffee and placed it on Whitney’s lap. “
Buon
Compleanno.
”

“
Grazie di cuore,
Master.” She smiled
at Him and He joined her in bed. He began to feed her strawberries
and carefully blotted her mouth with a cloth napkin.

“What are your plans for today?” Nick asked
as he fed her more fruit.

“I have a couple of classes today and then
I’m free until this evening,” she paused momentarily before
speaking, “thank you for letting me do this, Master. This girl is
very appreciative of Your efforts to fulfill a fantasy of
hers.”

“I’ll do anything to make
piccina
happy,” Nick smiled. He moved the tray to the floor and rejoined
Whitney in bed. “Turning 25 is a huge accomplishment and you’ve
been through a lot this past year. You’ve grown into a beautiful
spirit and I’m very proud of you.”

Hearing Nick’s declaration of her was the
best birthday gift ever. Everything else would just be a delicious
icing on a cake. “Thank you, Master.”

“You’re very welcome,” Nick removed his
clothing and helped Whitney undress. He reached for a condom and
paused before he continued. “…unless you want to enjoy breakfast
now…?”

Whitney took the condom from him and rolled
it over his thick, hardened shaft before he mounted her. “I don’t
mind eating a cold breakfast, Sir.”

Nick briefly sat up in bed and reached
underneath a pillow to grab a blindfold and a scarf. He slipped the
blindfold over her eyes and tied her wrists to the headboard. “Use
your safeword,” was all He’d instructed.

His lips crushed hers before He adjusted His
positioning and entered her. Whitney broke away from the kiss with
a hard gasp. No matter how many times they’ve had sex, she could
never get used to Nick’s size. He was blessed with length and
girth.

He moved inside her slowly, recoiling back
until He was almost out before slamming back inside her again. He
paused momentarily and just watched her. She looked so beautiful
and at peace with herself. He was truly proud of her.

He began to thrust inside her again, setting
a fast pace. His balls tickled against her wet slit as He buried
Himself to the hilt. Every stroke He’d given her brushed against
her clit and her body trembled in response. She was so hot and so
snug…and she belonged to Him.

Whitney was never a moaner or a screamer,
but she was vocal when needed to be and never held back for fear of
disappointing herself or Nick. That morning, Nick had noticed, she
was being unusually vocal. Not that she was faking it but rather,
she finally felt free with herself and at peace with the person
she’d become.

Her breathing became shallower and she
struggled to stave off the orgasm. She was close, so close, and her
pussy contracted in response. Her once-throaty moans became soft
squeals and her legs trembled.

But she knew the protocol. She couldn’t
orgasm without His explicit permission. It was like that from Day
One and Nick wasn’t going to give her a break because it was her
birthday.

Nick continued to thrust inside her.
“No.”

Whitney licked her lips and let out a hard
breath. She didn’t know how much longer she would be able to hold
off the orgasm since it was rapidly approaching. “Master, may I
please come?”

“Oh God…” Whitney panted. Her feet tightly
curled up and her legs uncontrollably shook. It was a game they
played all of the time –
orgasm denial
– and as much she
would like to say she hated it, she secretly loved it. It was a
sweet torture.

“Master, please…” she begged one last time.
“…will You give this girl release?”

“Oh fuck!” Whitney finally climaxed and her
body trembled in response. Her pussy clamped down on Nick’s cock,
inspiring His own release shortly after hers. He removed Himself
and disposed of the condom before rejoining His submissive in bed.
He untied her and removed the blindfold from her eyes. He kissed
her lips, then her forehead as she settled into His arms.

It was going to be a great birthday
weekend.

Scott Reed double-checked his Louis Vuitton
suitcase one last time before he left for New York. He was only
going to be there for a few days but he wanted to make sure he had
everything. Really, all he needed were the necessities and the
basic toiletries for Nick had everything covered for him at his
home. Still, he knew how important the trip was.

The Fangs of Bloodhaven by Cheree Alsop
X Marks the Spot by Tony Abbott
The Panic of 1819 by Murray N. Rothbard
The Demon’s Surrender by Sarah Rees Brennan
Kathleen Y'Barbo by Millie's Treasure
Zom-B Gladiator by Darren Shan
Outline: A Novel by Rachel Cusk
Nuestra Señora de las Tinieblas by Fritz Leiber
How Not to Be Seduced by Billionaires by Marian Tee
The Oriental Casebook of Sherlock Holmes by Ted Riccardi
Our partner