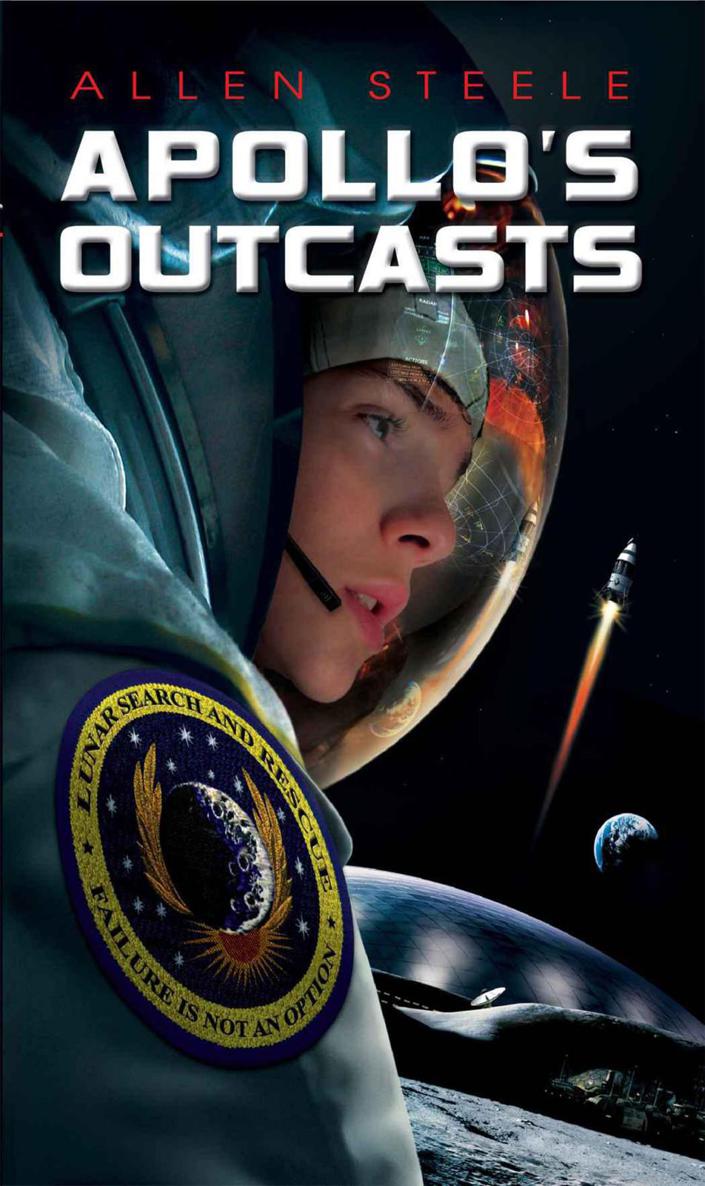 A King of Infinite Space

Sex and Violence in Zero-G 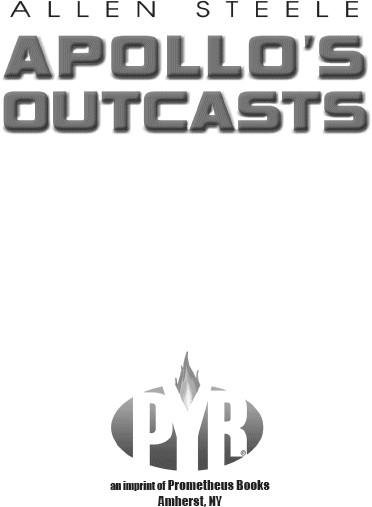 Published 2012 by Pyr
(r)
, an imprint of Prometheus Books

Apollo's Outcasts
. Copyright (c) 2012 Allen Steele. All rights reserved. No part of this publication may be reproduced, stored in a retrieval system, or transmitted in any form or by any means, digital, electronic, mechanical, photocopying, recording, or otherwise, or conveyed via the Internet or a website without prior written permission of the publisher, except in the case of brief quotations embodied in critical articles and reviews.

Trademarks: In an effort to acknowledge trademarked names of products mentioned in this work, we have placed
(r)
or TM after the product name in the first instance of its use in each chapter. Subsequent mentions of the name within a given chapter appear without the symbol.

5. Falling to the Moon

SECOND PHASE: CITY ON THE MOON

12. The Gravity of the Situation

17. The Battle of Cabeus Station

20. Acts of Treason and Loyalty 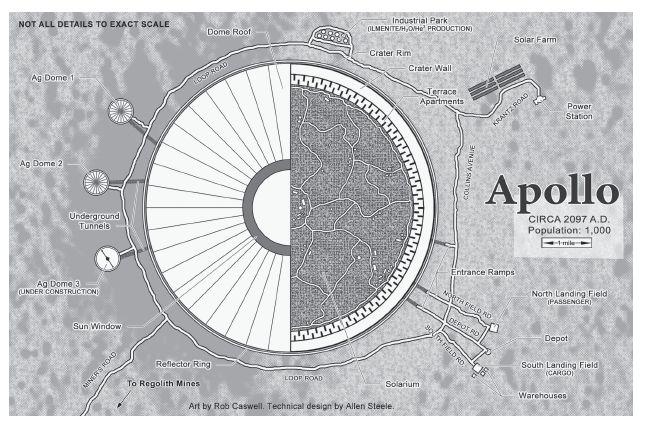 On my sixteenth birthday, I went to the Moon.

"Jamey, wake up." My father's voice was soft and persistent in the darkness of my bedroom. His hand was on my shoulder, gently prodding me out of sleep. "C'mon, son...you need to get up."

"Huh? What?" It took a few seconds for me to realize I wasn't dreaming; he really was there, and he really did want me to get up. I pried open my eyes to see him sitting on the edge of my bed, silhouetted against a sliver of light seeping in through the half-open bedroom door. It wasn't morning yet; there was no reason for me to get up so early. "Lemme 'lone," I mumbled, rolling over. "Wanna sleep."

My bedside reading lamp and the ceiling light came on at once. "What are you doing?" I groaned, wincing against the unwelcome glare. I pulled a pillow over my face. "It's too early..."

"I know it is, but you have to get out of bed." Dad took the pillow away from me. "And you need to hurry. I want you dressed and in your mobil in five minutes." His voice gained a no-nonsense edge as he stood up. "I mean it, Jamey. Up and at it...now."

He left the room before I could negotiate with him, or even ask why he was doing this. I gave myself a few seconds to rub the sand from my eyes and take a deep breath, then I told the bed to elevate to sitting position. My crutches were leaning against the wall where I always left them when I went to bed. Swinging my legs over the side, I took hold of the crutches and used them to help me stand up.

Across the hall, I heard Melissa yell something nasty. At first I thought she was saying it to Dad, but then I heard Jan's voice and realized that Dad had given my oldest sister the task of waking up my next-oldest sister. Smart guy, my father. Melissa might be able to argue with him, but there was no way she could win a fight with Jan. But why did my sisters also have to get up, too?

Hate List by Jennifer Brown
The Devil You Know by Carey, Mike
La dama del Nilo by Pauline Gedge
Tea-Totally Dead by Girdner, Jaqueline
Surrender to Temptation Part V: Tempted to Reveal by Jameson, Lauren
Love Collides (Fate's Love #3) by L.A. Cotton
Lin Carter - The City Outside the World by Lin Carter
Blood of the Lamb by Sam Cabot
The Other Side Of the Game by Anita Doreen Diggs
Claiming Emerald by Kat Barrett
Our partner