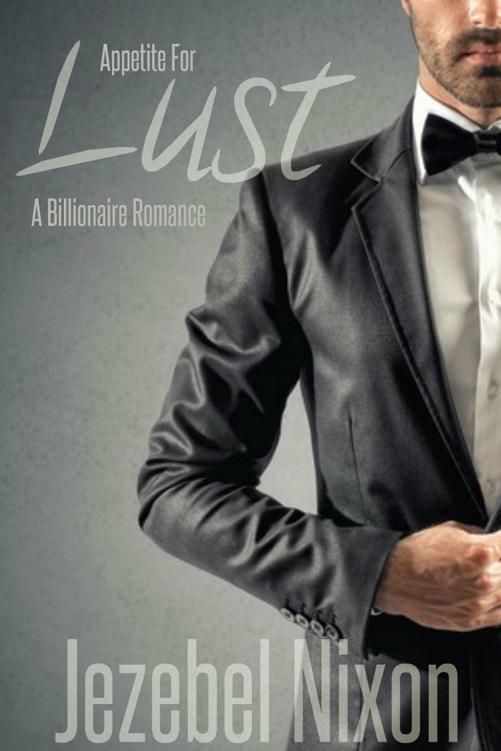 This is a work of fiction. Similarities to real people, places, or events are entirely coincidental. All characters are over the age of majority and all sexual acts are completely consensual.

An Appetite For Lust

Shelby Winters pulls her long, black braid over her shoulder as she listens, walking behind her new boss. He’s a fat man, thick and wide from his years of running kitchens and not running himself.

“The oven.” He says, running his palm over the warm steel. “You don’t need to worry about it, actually. Don’t touch it. I am the only one to touch it.”

“Okay.” She says, nodding quickly. This wasn’t her first kitchen and if the past has thought her anything it’s to never fight with a head chef.

“Back there is the dish area.” He says, pointing toward the back of the kitchen.

They walk across the shining, white laminate flooring, past racks of sparkling white china to the dish sink over by the back entrance.

“Do not put your dishes on the floor.” He says, raising his pointed finger up to a stainless steel counter. “Dishes will only go here.”

“Got it.” She nods, her green eyes searching over the dish racks. “I’ll be working prep though, right?”

“Ahh, yes.” He says, squeezing past her to walk back into the middle of the kitchen. “Right here.”

Shelby smooths her hand over the surface of the stainless steel counter, the ice cold a feeling she’s missed since she came back from abroad.

“Prep here.” The chef says, tapping the counter before taking two steps to the left and resting his fingers against a stainless steel latch. “And everything you need will be in here.”

He opens the door, motioning inside the walk in cooler before closing it again.

“Everything we’ll be prepping will be on the board by the time you get here at 2 o’clock.” He taps the large white board before walking back over to meet her at the prep table. “Just look over and get to work. Dinner is at 7 every night so we have plenty of time and working at your own pace is no problem, but….” He says, lowing his voice. “This is the private kitchen of Mr. Sergey Yeshevsky, you understand?”

Shelby nods her head, nervously running her fingers through the very end of her braid.

“Work at your pace, but I expect excellence.” He says, standing up as straight as his heavy belly will allow. “
He
expects excellence.”

“Yes, of course.” She says, nodding. “I do have restaurant experience.”

“Oh, good. Good.” The fat chef sings. “Forget it!” He lowers his voice once again, clearing his throat. “How many restaurants that you’ve worked in have served a billionaire nightly, hm?”

“Not one.” She whispers, gulping.

“We’re finer than any restaurant there is!” He says, puffing out his chest.

“Here.” He says, tossing her an apron. “You know how to peel a potato, right?”

Shelby stands, shifting her weight from one foot to another, trying to relieve the ache in her arches as she gently peels away the brown potato skins with a small, sharp knife.

“You missed some.” She hears from beside her.

She turns to her left, smiling at the tall skinny man as she watches him wipe his hands on his apron.

“Potato skins will get you fired.” He says, flicking at one of the beige vegetables, watching it roll slightly across the stainless steel counter.

“Because of skins?” She asks, watching the lanky dishwasher nod his head. She looks down, roaming her gaze over the starchy pile. “What skins though?”

“Right here.” He says, picking up a potato and rotating it to show her.

“That?” She says, grabbing the potato out of his hand. “That’s hardly anything. Does it really matter?” She asks as she peels away the sliver of leftover skin.

“I mean, look,” He says, shrugging his shoulders as he lifts his hands above his shoulders. “I know I’m just a lowly dishwasher, but I’ve been here for a while…”

“Uhuh…” She says, raising her eyebrows as she listens to him speak, humoring him.

“And Mr. Yeshevsky has hired people who’ve been here longer than you for a whole lot less than potato skins. Guy is mental!”

“Wow.” She says, picking though potatoes to do a final inspection. “He sure is serious about his food.”

“Yeah, I guess.” He says, leaning against the counter and looking up at the white tiled ceiling. “I guess I probably would be too if I had billions of dollars to piss away.” He says, tapping the potato in her hand obnoxiously, reminding her to peel the backside, too. “Can’t exactly take it with you when you’re dead!”

“Yeah, I suppose.” She says as she peels. “I’m sure you would want to leave some behind though.”

“How do you know?” She asks, squinting her green eyes.

“I wash his dishes, man!” He says, leaning into her. “And I don’t think Chef Kyle even knows how to cook for more than one person, he’s just never had to do it before! The dude is seriously alone.”

“No wife?” She asks, winking playfully at her new co-worker.

“Nope.” He says, shaking his head. “If you ask me, he probably killed her or something. What kind of billionaire doesn’t have women all over him all the time?”

“Victor!” She jumps as she hears the fat chef call out from across the kitchen. “Your break is done don’t you think? Spot bothering her with your rumors.”

“Okay, okay, sorry for saying anything.” The dishwasher says, holding his hands up before turning back to Shelby. “I’m just saying! You don’t become a billionaire without sniffing out a few people, right?”

Shelby clears her throat while shaking her head at the lanky man.

“Whatever.” She whispers. “I’m just here to prep food.”

“You can’t be serious!” She hears, biting her bottom lip as she listens to Chef Kyle yell into the receiver of the wall phone by the front exit. “I’ve got beef in the oven! Potatoes about to burn! And you’re only letting me know now?!”

Shelby gently places down her wooden cutting board in the stainless steel counter, careful not to make any sound to disturb the irate chef even further.

“You have one job!” She hears. “Take the plate to Mr. Yeshevsky’s table, and you’re telling me you’re incapable of doing that tonight?”

Shelby tries to act busy as she notices the angry chef glance over to her. She slowly picks up a leaf of romaine, ripping it up into tiny pieces as she listens.

“No, you’re the one calling me up on the phone in the middle of supper when you should have been here and ready to serve hours ago already!”

She jumps as she hears the phone slam against the wall and she looks down at the counter, pretending to have not been listening.

“You!” She hears Chef Kyle say as the fat man make a b-line toward her. “You’re all I have tonight.”

The chef pushes her away from her prep table and into the storage nook. He grabs a pair of black slacks off the shelf, shoving them into her arms before reaching again for a blouse to fit her.

“When you’re finished with the salad, put this on.” He says, stretching the blouse from one shoulder to the other across her chest before scrunching it into her arms on top of the slacks. “You’ll be serving tonight.”

“I’ve…. I’ve never served before.” She whispers, feeling the color drain from her face as her voice catches in her throat.

“You put the plate in front of him and walk away.” The chef says, shaking his head before turning to walk away. “How hard is that? Seriously why is everyone today so incapable of preforming that simple task!”  She hears him rant as he leaves the storage room.

She takes a deep breath as she looks down at the pile of black fabric in her arms. Her hands tremble as she places the uniform down on a cardboard box before making her way back to the salad station.

She was going to meet a billionaire and she couldn’t be any less excited. The guy sounds like a monster.

“Shelby what are you doing?!” Chef Kyle says to her as he put the finishing touches on a large, dark plate.  “Come on! I need you here!”

“Sorry!” She whispers picking up the plates, balancing them in her palms. “Are you sure you want me to do this?”

“Yes, of course!” He says placing his hand on her shoulder and walking her toward the kitchen door. He pushes it open for her, the bright kitchen lighting glowing against the dark hall. “Just hand him the food. Why does everyone make it such a task?”

She gazes back behind her as she walks out of the kitchen, watching as Chef Kyle smiles and waves at her, the fat man looking surprisingly small as she walks down the hall toward Mr. Yeshevsky’s dining room.

She pauses, hesitating before entering the dark, mahogany room, her eyes catching the mysterious billionaire for the first time as he sits at his king sized table, looking down at a grey newspaper.

She can tell right away, even though the man is seated that he’s tall. His broad shoulders obviously capped with muscle, even though his suit she can see it. And even though he’s looking down, his jaw is sharp and dusted with stubble just a few shades darker than the blond mop on the top of his head. All in all, he’s way too young looking to be a billionaire, he couldn’t be any older than 30.

“Hi.” She whispers, unsure if she should really be saying anything at all. “Your dinner is ready, sir.”

Shelby watches as he lifts his chin up from his newspaper. He raises his eyebrow looking at her and folds his newspaper in half before tossing it onto the table.

“Just right here is okay?” She asks nervously, motioning as she begins to place the plate in front of him as she watches him slowly nod his head up and down.

“Enjoy.” She squeaks out, relieved that it’s finally over, before she turns around to head back to the kitchen away from the billionaire’s ice cold, blue gaze.

“Excuse me.” She hears him speak, his voice deeper and gruffer then she expected.

“Yes?” She says, quickly turning around, her heart beating wildly in her chest.

“I’ve never seen you before.” He says as he picks up his silver fork. “Who are you?”

“I’m…. My name’s Shelby.” She says nervously, biting her bottom lip. “I’m new.” She explains, shrugging her shoulders. “Someone called in sick, I guess. I was actually hired as a prep cook. I just started today.”

“Thank you, Shelby.” He interrupts, holding his hand up to quiet her as he smirks.

“Okay, I’m just going to….. enjoy your food, sir.” She says, her face flushing as she hurries out of the dining room and back down the hall.