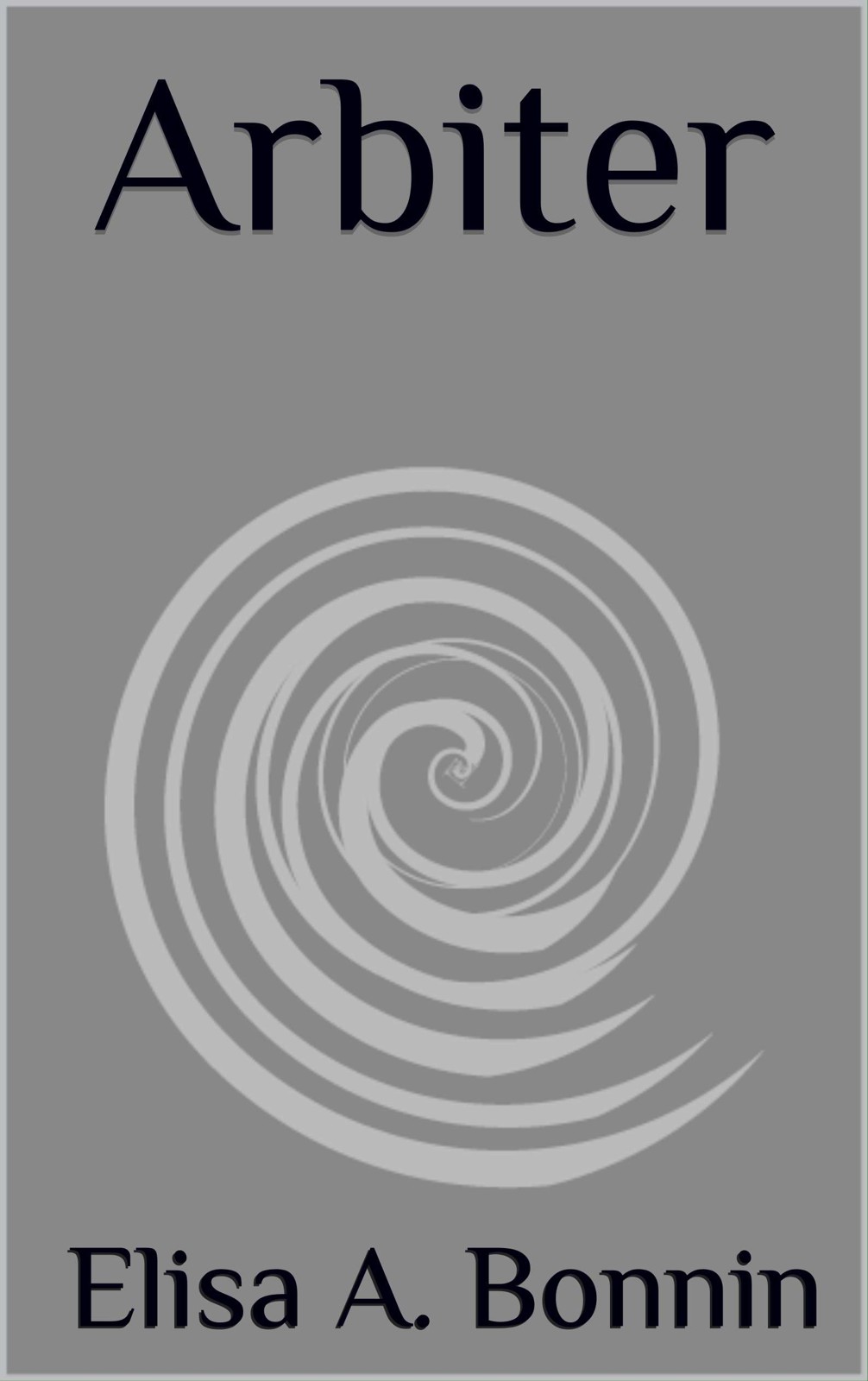 It was her fault.

A shrill beeping sound rang out through the hospital room, the only sign that its occupant was still alive. The young man lay in bed, an oxygen mask over his face. His eyes were closed, as if he were only sleeping.

The girl who sat in the corner of the room looked almost like a ghost. Her white dress was torn and muddied at the edges and her skin was pale. She sat huddled up, her arms around her knees and her dark hair falling around her face as she stared grimly at the floor. Her eyes—a deep shade of brown—were unfocused and unseeing. She didn’t cry. She had wanted to, but the tears wouldn’t come.

The thoughts haunted her. She took a deep breath, staring down at her hands. She should have died this night. Why had he tried to protect her? Another thought struck her, a darker, angrier one.

Why wouldn't he stay away?

The girl's eyes moved slowly, trailing upwards towards the monitor that was attached to the machines keeping him alive. She didn’t look at him, because she knew what she would see. Even without looking, she could feel it. He
would be here soon. And then she would have to see him again.

It was her curse, her burden. And she hated it.

“Still here? We already know how this game is going to end.”

She looked up, even though she already knew what she would see there. Her tormentor stood by the window, even though the door to the hospital room had been locked. She had done it as an afterthought, even though she knew that it couldn’t stop him.

The Reaper couldn't be stopped. Not once he had a name on his list.

The man in front of her didn’t look like the famous depictions of the Grim Reaper. For one, he didn’t wear a cowl, although she supposed he had dropped it over the centuries. Instead, he was dressed entirely in black—a black shirt, black jacket, and black pants. His hair was a deep shade of black as well, and his skin was fair. She might have thought he was handsome, if she didn't know who he was and what he did. He did carry a scythe, the blade curving wickedly over his head and the shaft tucked into the crook of his arm. Her eyes moved past the scythe, fixing instead on his expression. He was smug, like a cat with a new toy.

Good. She could handle the smugness. for a moment, she was afraid he would be angry. She had seen that once. She never wanted to see that again.

He didn’t come for everyone. Just the ones on his list. The people she would see with darkness hanging over them like a shroud, and all the people she had ever tried to save.

She took a step forward without even thinking about it, putting herself between the bed and the Reaper. He quirked an eyebrow at her show of resistance, his smile widening into a smirk.

“…Do I need to tell you what I’m here for?” he asked, taking a step forward.

“Rae, I really don’t think you get a say in the matter. You had your chance, and you failed.” He walked up to her, coming to stand right in front of her. Rae took a step back, feeling the cold metal railing at the foot of the hospital bed dig into the small of her back. She was suddenly aware of the beeping sound, the sound that moved in time to the his heartbeat. It was weak, but it was steady. He was alive, and as long as he was alive, there was hope. As long as he was alive, the Reaper didn't have him.

Her eyes hardened in determination, and she clenched her fists, tilting her chin up to meet the Reaper's gaze. The Reaper paused, eyeing her. His expression was puzzled, but his amusement hadn't faded.

“…You haven't broken yet?” he asked. “You really are a rarity, dearest.” His smirk faded, his expression growing slightly serious as he looked past her at the bed. “This one died protecting you. So in my eyes, he has served his purpose and yours. There's no point in resisting.”

“He’s not
dead,” she said, injecting some vehemence into her voice.

She continued to glare at him, clenching her fists so hard that she could feel her nails digging into her palms. He stared down at her, before letting out a sigh. The Reaper relented, taking two steps back and raising his hands as if he was trying to appease her. She wasn't fooled.

“And yet, you see me,” said the Reaper. “And you can see the people on my list. People like us, we’re not like them. Why fight me over him? In forty, fifty, sixty years…he’ll be dead anyway. Does it really matter to you how and why?”

She took a deep breath, and summoned up the courage to stand her ground, bracing herself against the back of the hospital bed and glaring at him.

“Not
him,” she said. “You can’t take him. You can have anyone else in this hospital, but you can’t have him.”

“Is that so?” asked the Reaper, looking over her leisurely. It was an act, she knew. She could see the sudden interest and amusement in his eyes, and it chilled her. “…You’re in this hospital. Could I perhaps, have you?”

She hesitated, taking a step back and bumping into the railing again. Her hand curled up at her chest, tugging at the fabric of her dress. Her life for his…

Could she do that?

Her eyes moved over the hospital bed again. He had done it. He had been willing to die for her. He probably hadn't really thought about it. It had probably been a split-second decision. But he had done it all the same.

The Reaper watched her, letting out a short laugh. “Don't tell me you're actually considering it,” he said. “You're too kind for your own good.” He turned his eyes back towards hers, resting his hand casually against the shaft of his scythe. “Fine. Since you amuse me so much, I'll make you a deal.”

Rae looked up at him. She knew she couldn’t trust him. That was a fact of life. But she couldn’t help but be intrigued.

“The best kind,” he said. “The kind that gives you an opportunity to win. A chance to save both your life and his.”

She hesitated, but only for a moment. “…I’m listening.”

“Do you know what the Twilight Realm is?” he asked.

“It’s a dimension parallel to your own,” said the Reaper. “A middle-ground, a world caught somewhere within the fabric of existence. It’s the source of my power, and, incidentally, the source of yours.”

“Our powers aren’t the same,” she said.

“Aren’t they?” asked the Reaper. “I bring death, and you practically herald my arrival. You’ve been doing such a good job of it over the years.”

Her eyes narrowed, but she held her tongue, not taking the bait. She knew that he was only trying to provoke her. Instead, she waited, quietly seething. When she didn’t respond, he went on.

“Within the Twilight Realm, there are certain items of power. They are old, Rae, ancient magic born out of a time before either of us existed. One of those items is called the Shard of the Star—
Kaeltharin
. I find myself in need of it.”

The Reaper didn't take her heated remark for the insult that it was. Instead, he simply nodded once, his smile widening just enough to show a flash of teeth. “Indeed,” he said. “I cannot reach it as I am now. However...you can. If you can find it by this time next year and bring it back to me, I’ll leave you and your precious friend alone, forever. If you can’t find it within that time, both you and your friend will die. Do we have a deal?”

She considered. If what he was saying was true, then she would have to be away for a year. She would probably fail all of her classes at the university. They would end up declaring her missing. For all she knew, she could end up being a suspect in this attack.

But it wasn’t as though she had any real attachments here. He had already made sure of that.

He smirked. “Very well,” he said. He stepped towards her.

And raised his scythe. Rae’s eyes widened, and she took a step back and away from the bed.

“Relax, Rae,” said the Reaper. “I'm not going to kill you. I’m just taking a little something as collateral. Something to tether you to this world until you find the Shard. You won’t feel a thing.”

“You bastard,” she swore, taking another step back. “What are you going to do?”

He took a step forward. Her back touched the wall, and she scowled, staring up at him. The Reaper only grinned at her. “There’s the fire I remember,” he said. “Hold onto that. I’m sure it’ll prove very useful where you’re going. And do enjoy your hospital stay.”

He inclined his head towards her with mocking deference, then swung the scythe down, the blade cutting through her chest. She felt no pain, but in that one moment, all of her strength left her and she gasped, crumpling to the tiled floor of the hospital room. The feeling faded from her body, leaving her lying on her side in a heap, her eyes wide open as she stared at the corner of the bed.

She heard the rustle of clothing and saw him kneel beside her, his hand gently pushing the hair out of her face. The Reaper bent down so that his face came into view, and he smiled at her, his cold hand trailing from her hair to her cheek. It rested there, fingers splayed against her skin, as his thumb brushed lightly over her lower lip. She shivered, trying to pull back. It didn't work. She couldn't feel her arms or legs.

But she could feel the cold, emanating from his fingertips. It tore at her, seeping through her skin and into her core as darkness gathered at the edge of her vision. She saw his eyes fix on hers, as he watched her fade away.

He pulled away, his fingers leaving a cold trail behind them. She felt her eyes start to close, his voice sounding like it was coming from the end of a long tunnel and growing further with every moment.

“…One more thing, Rae,” she heard him say as her vision grew dark. “…Your power will manifest differently in the Twilight Realm. I’m interested to see how things develop from there…”

Alpha Rising by G.L. Douglas
Tempting the Wolf by Greiman, Lois
The Death of Us by Alice Kuipers
Theirs to Treasure (Beyond Monogamy Book 1) by Marissa Dobson
Sinful Desires Vol. 3 by Parker, M. S.
Beastly Desires by Winter, Nikki
Ruthless by Anne Stuart
Reminding The SEAL (Navy SEAL Military Romance) by Milena Fenmore
Iron River by T. Jefferson Parker
Whispers From the Grave by Leslie Rule
Our partner