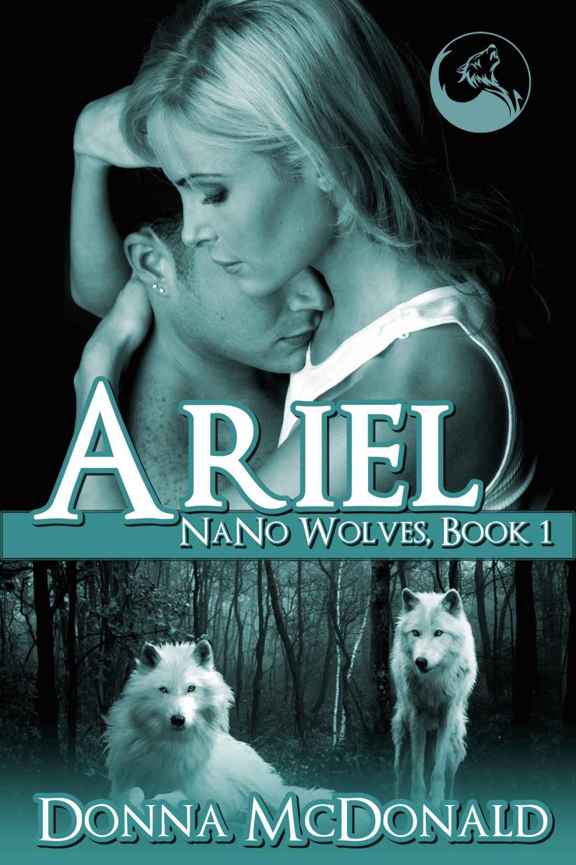 Despite her sharp scientific mind and her degree in bio-molecular genetics, Dr. Ariel Jones hasn’t figured out how her life changed so much in a single day. Before she can blink and ask about what is going on, she’s being shot with a billion nanos and some very potent wolf blood.

Now she can suddenly turn into a giant white wolf with the bloodlust of a starving animal. And she’s an alpha wolf…or so she is told by the even larger, very male, black wolf who was used to create her. Hallucination? She wishes. Whether human or wolf, Reed talks in her head and tells her how to handle things…or rather how to kill them…starting with the men who hold them all captive. Too bad he can’t tell her how to put her life back like it was.

Admittedly, there are perks to being a werewolf, such as meeting sexy werewolf guys like Matthew Gray Wolf. It’s not like the science labs were overrun with sexy men in white coats. She also doesn’t mind learning about a side of herself she never knew existed. It's great changing into a real wolf whenever she wants, but being a living experiment wasn’t part of the scientific career she’d planned for herself. Neither was falling for the local werewolf alpha, but what else is a newbie werewolf caught in her burning time going to do? 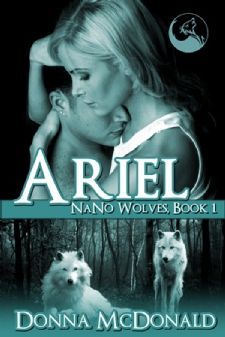 This ebook is licensed for your personal enjoyment only. This ebook may not be resold or given away to other people. If you would like to share this book with another person, please purchase an additional copy for each person you share it with. If you're reading this book and did not purchase it, or it was not purchased for your use only, then you should delete it from your device and purchase your own copy. Thank you for respecting the author's work.

Many thanks to S. E. Smith and Eve Langlais for all their encouragement, and for letting me make the leap from fan girl to peer with them. You both rock and fill my ereader with work I always look forward to reading. May you have continued success in your work.

Special thanks to Robyn Peterman for being my paranormal reading partner and for her steadfast support of my paranormal writing journey. My shifters are not as funny as yours, but I found my sweet spot. Thanks for all the help.

Thanks to my husband Bruce who will never read my shifter book—lol. You still are every hero to me even if you do think zombies are more realistic than werewolves.

This book is for all the wolf lovers in the world—both make-believe and real.

Dr. Ariel Jones blinked at the bright lights overhead as she woke. Finding herself naked and strapped to some sort of gurney, she turned her head and saw two women similarly strapped to gurneys beside her. One was weeping steadily. The other was glaring at a fixed spot on the ceiling.

Her scientist brain got busy immediately, trying to figure out what had happened since she’d come to work that morning. Her typical day at Feldspar Research always started at five in the morning to accommodate the light limitations of living and working just outside Anchorage, Alaska.

She had processed the new set of blood samples waiting for her in the lab and instantly reported the unusually rapid cell mutation she had seen happening under the lens of her microscope. Then at about ten o’clock, she’d gone for a direct meeting with Dr. Crane, who had asked to speak with her in person about what she’d found.

One minute she had been drinking coffee and talking with a colleague. The next she was waking up naked in…where was she anyway? Looking around more, she finally recognized the place. It was where they had brought the giant wolf.

Sniffing the air, she could indeed smell the pungency of the trapped animal. It was what had bothered her most. From what she knew, he’d been here longer than she had worked for Crane. The one and only time she’d seen the wolf in person had been more than enough. He was the biggest animal she’d ever seen and bigger than any she could have ever imagined.

Now she was here—in the same room where they had kept him. The discovery brought her back to her own pressing problem of waking up naked and restrained without knowing why. A thousand thoughts raced through her mind, none of them pleasant.

“So good of you to join us at last, Dr. Jones. I’ve been delaying things and waiting for you to wake up. I didn’t want to start the injections while you were still under the effects of the mild sedative we gave you earlier.”

“You put drugs in my coffee this morning,” Ariel stated, somehow sure of it even before her bastard employer nodded and smiled.

“The sedative was the fastest way to obtain your physical cooperation. Time is critical. We don’t know how long the window of opportunity from your findings will remain open. You told me several weeks ago you had come to Alaska because you craved more out of life than sitting in a lab doing research. Well, I’m about to make your dreams come true in a way you have never imagined.”

Ignoring her accelerating heartbeat, Ariel decided she wasn’t going to get emotionally alarmed until there was a greater reason to do so than simply being naked and unable to free herself. She was used to thinking her way out of bad situations. She just needed to remain calm, ask questions, and figure out what was really going on.

“I would like to know the purpose of your actions. Are you planning to take physical advantage of my helpless condition? Who are the two women next to me? What role do they play?”

Dr. Crane smiled. “So many questions. Of course, I expected someone like you would have them. You’re going on a scientific adventure or at least your body is. The three of you are about to become the next step in the evolution of our species. But I guess it’s rather bold of me to theorize such a result without any proof yet. Part of the excitement is considering all the possibilities. Now I know your circumstances are a bit alarming at the moment, but if this experiment works, you’ll become an extremely valuable asset to our military. Even the most highly trained K-9 units won’t be able to compete with your animal skills. Alaskan wolves are quite superior to canines in nearly all areas. Everyone studies their predatory actions for just this reason.”

“Oh come now, Dr. Jones. That sort of work is barely fit for a second year university student. You are here because you personally possess several strands of DNA in common with our latest Feldspar wolf acquisition. He’s been rather solemn since we informed him of your findings. He’s glaring at us steadily which I take as the highest compliment about your discovery. It’s as if he senses what we are about to do to the three of you.”

“Dr. Crane, are you saying you’re communicating with a wolf? Don’t you think that assumption is a bit odd?” Ariel asked.

“Not at all. I sincerely wish we could be communicating with his human side, but we’ve purposely kept him from shifting back to his human form by the silver collar around his neck. I think it helped greatly to leave the six silver bullets someone put into him too. He was initially impossible to capture in his wolf form. If his pack had been nearby, I doubt we would have. In fact, I don’t know who exactly did capture him. I found him both shot and tranquilized with a note pinned to his collar when someone activated the alarm on the back door of the lab.”

“I’m sorry Dr. Crane, but you sound like some crazy mad scientist out of a movie. What are you going to do to us? Seriously? You don’t have to make up such wild stories. I assure you I won’t be reduced to hysterics by hearing the truth,” Ariel demanded.

“Still the skeptical scientist, I see. In just a moment, I’ll happily explain the rest to you. Since what’s going to happen to you is beyond your control, I don’t see any benefit from not telling you the whole story.” Dr. Crane waved at the man assisting him. “Proceed with injecting the weeping one on the end. I cannot tolerate a weeping female. She is highly distracting. I can’t talk to Dr. Jones over her constant whining.”

Ariel’s head whipped over, straining to see the gurney at the end. She saw the woman’s body arch when a plunger was placed at her neck directly on the carotid artery. Whatever was in the injection, they wanted it to hit all parts of her body quickly. To her surprise, the man rolled the woman’s head, and shot a second plunger directly into the woman’s brain stem. The woman seized, strained at her straps, and then fell silent. If the second injection didn’t paralyze her spine, its content would be in every brain cell in less than ten minutes.

“Now administer the sedative and move Heidi to the last cage. Come straight back and process Brandi next. I’ll take care of Dr. Jones personally.”

Ariel looked back at the man speaking so calmly. He looked at her and offered a shrug.

“The sedative is to help keep you calm during the worst of your genetic transmutation. We’re not completely without conscience. I see no need for any of you to suffer more than necessary. Since you’re the first of your kind, we don’t exactly know how much the transpecies mutation process hurts. Our captive wolf shifter has been quite unwilling to share any information, assuming he can still speak in his wolf form. We haven’t been able to ascertain it one way or the other.”

Died Blonde by Nancy J. Cohen
Above the East China Sea: A Novel by Sarah Bird
The Crasher by Shirley Lord
Give Me a Break (From the Files of Madison Finn, 18) by Dower, Laura
Daddy's Boy by RoosterandPig
Devilish - A Demon Stepbrother Romance by Michaela Adams
Complicated by Claire Kent
Single Wolf Female (Midnight Liaisons) by Sims, Jessica
The Private Papers of Eastern Jewel by Maureen Lindley
The Vault (A Farm Novel) by Emily McKay
Our partner