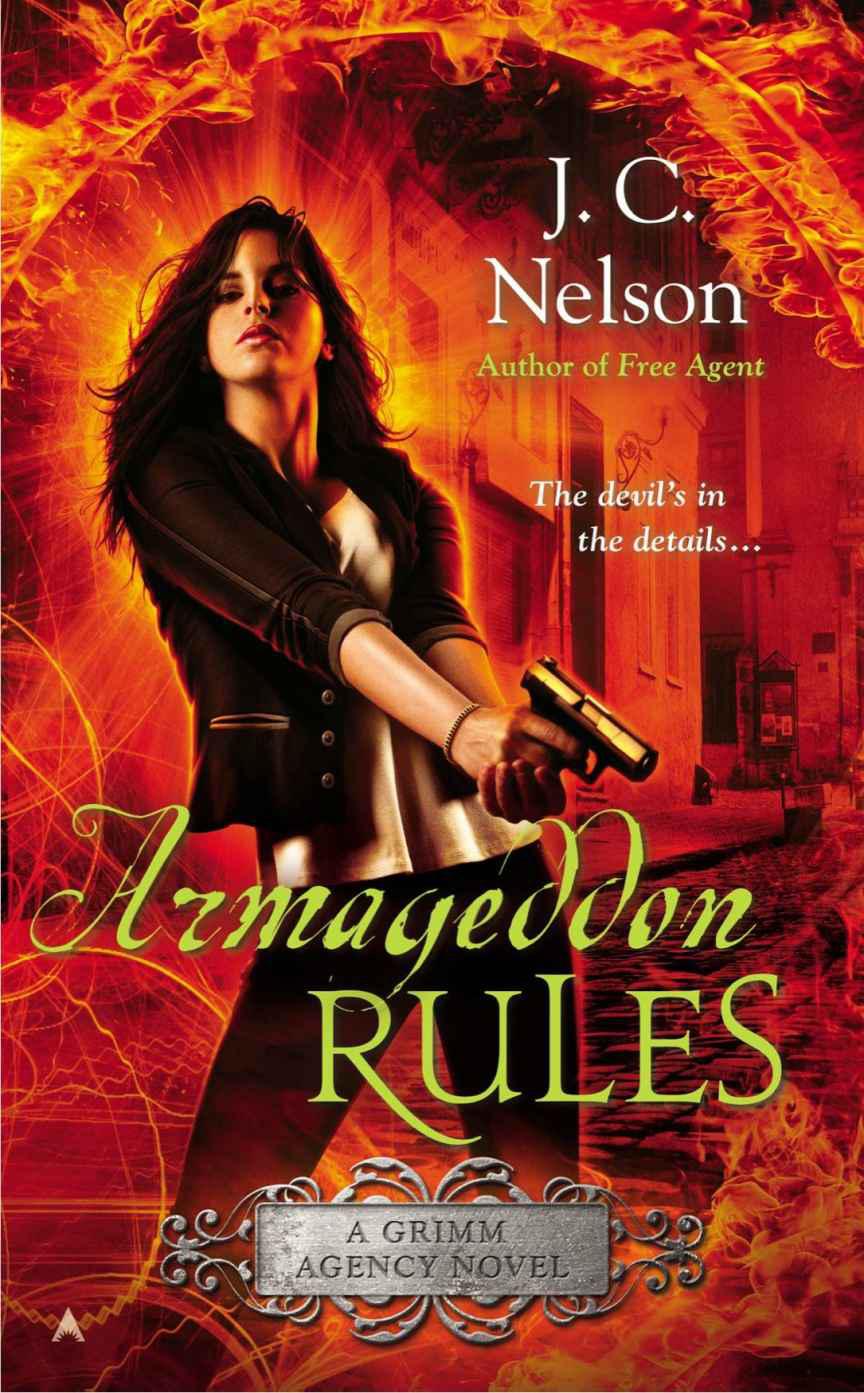 A poodle leaped from the darkness between two pallets. I rolled to the side, putting a bullet into it and ruining a leather recliner. Liam always wanted one of those. Another poodle snarled and yipped as it leaped for my ankle. I sidestepped and kicked as it landed, dodging razor-sharp teeth and snapping its spine.

The crippled poodle shrieked in pain and feral rage, desperate to tear our throats out. Ari walked over and crushed its bouffant head under her heel. “I don’t get why these things are so dangerous.”

Another bout of screaming killed my reply. I took off at a run toward the sound with Ari close behind. At the edge of the loading bay stood a fort of recliners, turned on their sides to make a wall. A few desperate workers were making a last stand inside, armed with broken recliner levers.

A hedge’s worth of poodles ringed the fort, occasionally leaping at the edges. Then I realized that in the corner, a strike team of poodles had begun to gnaw their way through the back of a recliner.

“There’re too many to take on. Get out of here,” I whispered to Ari. The thump of an approaching helicopter made the loading doors shake as Grimm’s mercenaries circled, but these folks wouldn’t last another two minutes.

Every single poodle in the flock turned as one to look at us, growling like a hundred miniature wood chippers. I shuddered clean down to my toes and glanced back at Ari, who held a silver whistle in her lips. “What did you do?”

She spat out the whistle. “Called for help.”

I fired six rounds, killing a couple of poodles with each, while beside me Ari’s Desert Eagle roared, plowing through a row of them with every bullet, but still they came for us, a fluffy white cloud of doom. 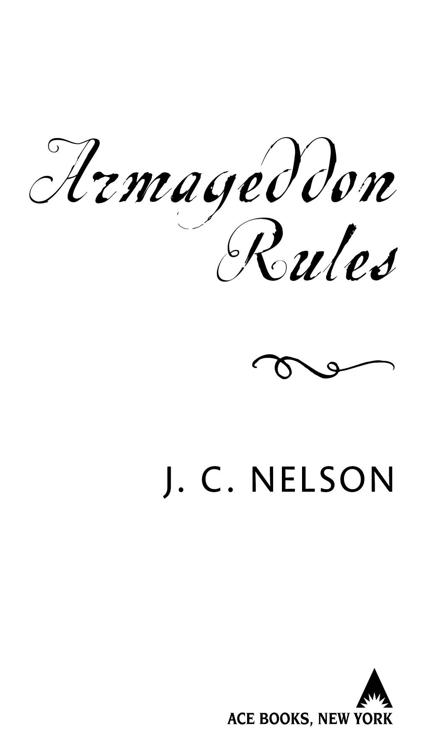 Ace Books are published by The Berkley Publishing Group.

ACE and the “A” design are trademarks of Penguin Group (USA) LLC.

For Abigail, who will one day make a wonderful lawyer

While the other pages of this book will be largely dedicated to the story (with a few exceptions for the title, dedication, and an about-the-author page people don’t generally read), this page is the space for me to thank the people who helped me shape this book.

First off, to my friends at critiquecircle.com—Laurel, Leslie, John, Jim, and Andy—thank you as always. Your insights and gentle reminders helped me sharpen the story.

My agent, Pam van Hylckama Vlieg, remains awesome. Not that there was ever any question as to that.

Leis Pederson, my editor, gave me critical eyes and feedback where I needed them the most. As always, it’s a better story thanks to her.

My family gave me patience when I spent long nights reading and writing, and early mornings editing. More than anything, their gift of time to pursue this story made this book a possibility.

And, as always, thank you to the readers. What began with
Free Agent
continues now. My modern-day fairy tale . . .

IN MY DEFENSE, I didn’t mean to start the apocalypse. It wasn’t just my personal aversion to oblivion; I had a clear financial motive: The end of the world is bad for business.

Speaking of business, that Monday began the same way almost every Monday had for the past three weeks: with a plague. Last week it was frogs.

I rolled into the office at about nine forty-five, and, as usual, the Agency was pure chaos. Rosa—our receptionist—was opening a fresh container of Taser darts and we’d only been open for forty-five minutes.

“Miss Locks, you gotta help.” A man in an orange jumpsuit with “Corrections Department” stamped in block letters down the side grabbed my shoulder as I walked past, spinning me around. “I gotta get me a wish.”

Strike one: escaping from a garbage-pickup crew. Strike two: putting grubby fingers on my brand-new top. Strike three: calling me “Miss” instead of “Ms.” Locks. Far as I was concerned, Miss Locks left the building the day I turned eighteen and hadn’t been seen around here since.

“I’ll make a few calls.” To the police, if possible. To the morgue, if necessary.

He nodded gratefully and sat down on a bench.

I slipped through the “Staff Only” door, made it to the kitchen, and almost poured a cup of coffee before the screaming started. One should never face disaster without caffeine. So I got my coffee and headed back out to the lobby, strolling through the door to see exactly what we’d been struck with.

Rats ran everywhere. They scrabbled on the walls, gnawed on the furniture, and covered the floor like a shag carpet from 1973. In the middle of the lobby stood a teenage girl, six feet tall, rail thin with platinum blonde hair. Her clothes hung in tatters from bony white arms, and red blotches surrounded each of her many, many piercings. Her extravagant collection of tattoos spoke of poor impulse control and even worse decision-making skills. She looked up at me with baleful eyes. “Please. I need help.”

I glanced around the room. The couple nearest the door held a cage with an amphibian I could only loosely call a frog. In the corner waited a group of kobolds. Roughly five feet tall, and with humanoid features except for their scaled skin and forked tongues, these Germanic lizard-men came every Monday to demand and be refused Grimm’s help in forming a professional soccer team. That left the homeless guy by the door, a man we called Payday George. He still hadn’t figured out this wasn’t a payday-loan joint, probably because most days I felt sorry for him and just gave him a twenty. I opened the staff door and waved to the girl. “Come on.”

Rosa glowered at me, mumbling curses in Spanish. She hated when I picked clients, and if she had her way, we’d take them one at a time, from number one to number six hundred in exactly that order. Even if fifty-three was a starving fungal giant and sixty-two was a samurai with a serious shiitake addiction. To her credit, Rosa kept her mouth shut. One does not argue with the boss.