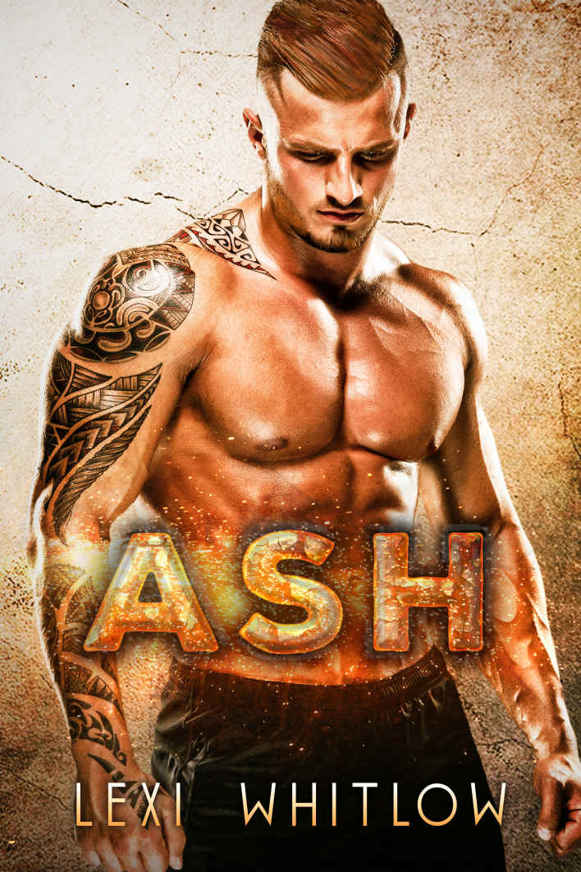 All Rights Reserved. This book or any portion thereof may not be reproduced or used in any manner whatsoever without the express permission of the publisher except for the use of brief quotations in a book review.

This book is a work of fiction. Any resemblance to persons, living or dead, or places, events or locations is purely coincidental. The characters are all productions of the author’s imagination.

Please note that this work is intended only for adults over the age of 18 and all characters represented as 18 or over.

Want to help Lexi and receive free books?
Sign up here for her ARC team
, and you’ll receive free advance copies every damn time she releases a book.

To Tracy and Mia.

Thank you for checking on me when I was at my lowest.

Thank you for repeatedly telling me this book is an awesome idea.

Thanks for being my Canadian romance author friends from the far north.

A big shout out to Jessica, because she edits like she’s possessed by the ghost of Shakespeare.

And she checked on me as well.

My highest praises go to Aria at Resplendent Media, who designed my cover in the midst of a battle with the flu.

May your cover orders be many, and your sexy romances sell millions of copies.

I will never take back

The words that I said then

I will always come back to you

Even in the meantime

I will always stand by

A mirror on the shelf

I will never take back

The words that I said then

I always knew I’d come back to you.

“We’ll never get away with this. This is not going to work.”

“We’ve been through this. The other night, when we agreed.”

“You were fucking
phenomenal,
Sunshine.” He winks at me and grabs me by the thigh. “And I’m not losing the best lay I’ve ever had.”

The priest has a blue folder in his hand and goes to stand at the pulpit. He looks at us both, impatient, possibly drunk. “Let’s get this bullshit over with,” he says, his voice as grizzled as he is. No courthouse for us. This shit is happening in a
church
.

He grabs my hand. “What’s the worst that could happen?”

“Another,” I say. I nod to the bartender and slide my glass over to him. It’s not crowded in here yet, but it will be. My eye socket still hurts, and the stitches haven’t completely dissolved. The type of girl that comes in here won’t notice. Either that, or she won’t say anything.

The bartender delivers another whiskey and tries not to stare at my face.

That’s what I get for ending up with the family. If I were on my own, I might have more to show for it than a busted face and a stupid tattoo.

Just when I’m thinking about walking out of this stupid bar and finding a more appropriate use of my time,
she
walks in and sits down. She’s a spray of strawberry blond hair to my right, freckles on her arms, delicate wrists and light purple lacquered fingernails.

“Hit me,” she says to the bartender. “Whatever’s cheapest.” Her voice is raspy and low, and when she turns to me, her green eyes, sharp and intelligent, lock on mine. I take another sip of my whiskey and wonder at my luck. The girl sitting next to me is fucking stunning—and she’s wearing a silvery dress with a low-cut neckline and a high-cut skirt. Her skin is milky white, freckles that she was probably made fun of for across her neck and cheeks and shoulders. Her lips are a perfect, pink, cupid’s bow shape, her cheek-bones broad, a slight dimple in her chin.

“What are you looking at?” There’s a hard edge to her tone, but she laughs, throaty and deep. “You’re not the usual crowd in here, are you?” She lifts one perfectly manicured eyebrow and drinks the bartender’s cheap swill that passes for beer.

“You aren’t either,” I say. She’s the girl who’ll take my mind off of what I did this week, off of the fingers I broke, the faces I sliced up for Cullen.

“I say. You’re too pretty for this type of place. Not a tourist, not a New York native, either.”

“Then what am I?” Her deep voice sends a thrill through me. There’s a blush right over the tops of her cheeks, like she’s thinking about something she shouldn’t be. Her eyes move over me, and she takes another sip of her beer.

“You’re the type of woman who should be coming home with me.”

“Isn’t that what you came for? To land a good lay?”

The corners of her lips turn up into a smile, and she laughs. “And what makes you think you’re a good lay?”

“Every woman I’ve met in this damn place says so.”

Her blush intensifies. “You come here often for this kind of thing?”

“And these ladies—they say you’re good—”

“Only one way to find out,” I say, leaning in and brushing my hand against her cheek.

I grab her wrist and turn it over in my palm. Blue veins stand out against her creamy skin. I trace my finger over her wrist and into the flesh of her palm. She gasps.

I put a ten down on the bar and pull her up. “Only one way to find out, I said. You leave here with me now. Come back to my apartment. And I’ll show you what I’m about.”

She blushes deep red, the flush extending over her chest. “What if you’re a serial killer or something?”

I flash a grin at her. “Live dangerously.”

“What fresh hell is this?” I look back and forth between Debbie and the other nurses I used to work with, back when I was a candy striper at Outer Banks hospital. They’re standing behind a card table set up in the residents’ locker room, and there’s a light blue cake on the middle of the table. My heart beats hard, and my hands start to sweat again. It’s only my second week back in town, and it’s my first day back at the hospital after three years with Doctors Without Borders. One year in Syria before shit got bad, and two years in the Ukraine.

“Surprise!” Debbie shouts, throwing her hands up. The other residents halfheartedly repeat after her, but I don’t know any of them. And one or two of them probably noted the angry red blush creeping over my cheeks and decided it was best to play it low key. It is, after all, six o’clock in the morning, and I’m betting nobody is in the mood for cake. I’ll be glad when Natalie starts in the fall. But for now, I’m just as alone as I have been for the past three years.

Debbie looks frantically around at the other people in the room—ten residents, two interns, and a nurse whose name I can’t remember. She wields a cake spatula, nearly hitting one of the interns in the face. The intern steps back and crosses her arms, rolling her eyes skyward. “Anyone want cake?”

Jesus Christ, no one wants cake before it’s light outside, Debbie.

That’s what I want to say.

“Sure, Debs. Thank you so much.” I walk up to her like the gracious Southern girl I am and draw her into an embrace. Hugging her makes my nerves ease just a little bit, and I relax even more when the interns and residents go about their business, wandering to either side of the room to check their phones and change their scrubs.

“It’s so good to have you back, sweetheart,” Deb says, kissing me on the cheek and squeezing my shoulder. She hustles and gets me a piece of cake, which looks like it could be a leftover baby shower cake from the Be-Low Foods in Manteo. But it’s not really worth mentioning. I sit down next to Debbie at the card table and eat the cake. It’s stale, and the icing is hard. But Deb is comforting in the sea of anxiety swirling around me. She’s a ballast in the storm, someone who means home. Her light blue eyes fill with tears as we sit there in the middle of the locker room, doctors and nurses filing past us without a second glance.

Jack and Susan in 1953 by McDowell, Michael
Never Never: Part Three (Never Never #3) by Colleen Hoover, Tarryn Fisher
The Other Language by Francesca Marciano
Kiss of Steel by Bec McMaster
Music of the Spheres by Valmore Daniels
Anywhere by Jinsey Reese, J. Meyers
Apartment in Athens by Glenway Wescott
Love Unfortunate by Claudia D. Christian
The Toff and the Stolen Tresses by John Creasey
My Reality by Rycroft, Melissa
Our partner