Read At Their Own Game Online 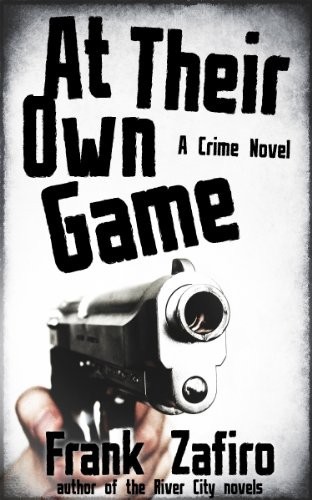 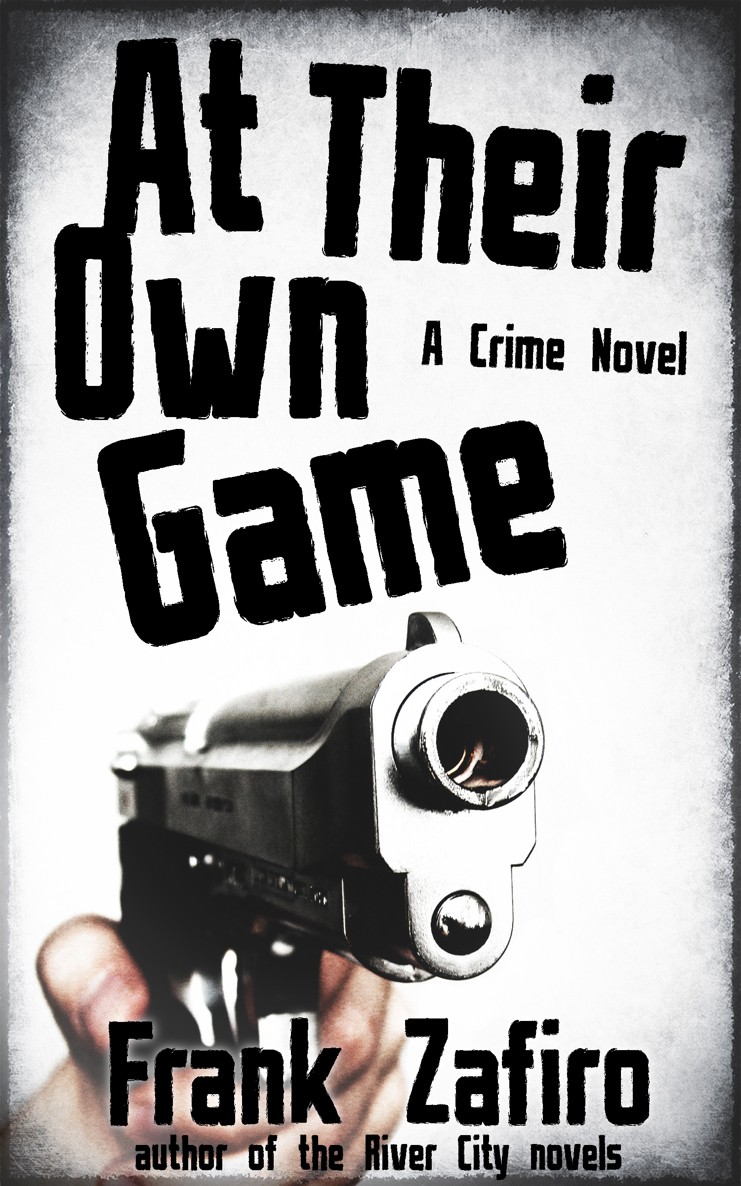 We are what we repeatedly do.

So
far, I’ve been to jail three different ways.

The first way was when I was on the job, working as a cop. Back then, I’d walk right through the officer entrance with my handcuffed prisoner in tow. I’d stop in the outer waiting area and secure my weapon in the gun lockers. Drop the oversized key ring into my empty holster, and walk the bad guy straight into the booking area.

The second way I went to jail wasn’t much different. Except that time,
I
was the one in handcuffs. As a prisoner, I had no weapon to secure. All my stuff was already in a plastic bag carried by the arresting officer. And I found booking to be a whole different experience on that trip.

Tonight was the third way. Through the visitor entrance.

The woman at the reception desk wore a uniform shirt that was too big for her. The shoulder seam hung at least an inch past her actual shoulder, the short sleeves went well past her elbow. The fit made her bony arms stick out of the sleeves like toothpicks. Her red hair clearly came from a bottle. Even so, it was splotched with gray. All of that and a sour expression, too.

“Visiting hours end in fifteen minutes,” she said without glancing at the clock. She had the gravelly voice of a smoker.

“Takes ten minutes to process you through.”

“So you’re pretty much too late,” she added.

I stared at her.

I didn’t bother smiling. This was not a woman that would be swayed with a smile, especially not if she recognized me. Instead, I said, “Well, seeing as how I’m here in time, and seeing as how I’m also the personal representative of Matt Emerson, I guess you’ll just have to process me through and then I’ll talk to the floor sergeant about the time issue.”

She stared at me some more. Then she asked, “You’re a lawyer?”

“I represent Mr. Emerson,” I said, choosing my words carefully.

“Why didn’t you use the lawyer entrance?”

I fixed her with a darker glare. “Are you supposed to check me in or interrogate me?”

She blinked, and thought about it for a moment. Finally, she just shrugged. “Don’t blame me if the Sarge gives you the boot.” She held out her hand. “Identification.”

“Aren’t you supposed to say please?”

“Listen, smart guy, you want in? Give me the goddamn ID.”

Then I smiled. I’d won. And if I decided to file a complaint against her for poor demeanor, it might not be sustained, but it would be a black mark in her file just the same. Sometimes I wished I had time for that kind of sport.

I removed my driver’s license and handed it over. She glanced at it, started to glance away, then did a double take at the name. Recognition flooded across her face. She looked up at me, scowling.

“Jacob Stankovic. I know who you are. You’re not a lawyer.”

“Don’t lie,” she said. “You absolutely told me that you were this prisoner’s lawyer.”

I shook my head. “No. I said I represent him. I never said I was a lawyer.”

She stared at me, playing the conversation back in her head. Her memory must have been decent, because she eventually realized I was right. She frowned at me. “You
implied
it,” she muttered.

“Anyway, if you’re not his lawyer, then you’re just a visitor. And visiting hours—”

“
State v. McKenna
,” I repeated. “A Ninth Circuit case from eight years ago. It plainly states that if a defendant elects to be
pro se
, he is allowed to name anyone he desires as personal representative in lieu of a public defender. That representative is afforded the same considerations, including access to the defendant, as his defense attorney would be.”

“Heard of that?” I shrugged. “I’m not surprised. Training has always been for shit at the jail.”

Her eyes narrowed. “Maybe you’re making it up.”

I was done jousting for tonight. I leaned in and said, “Maybe you should Google it. But meanwhile, you better put me through or I’ll have you up on demeanor charges before dinner and federal civil rights violations by dessert.”

Her cheeks flushed. She opened her mouth to reply, then closed it. Instead, she turned to the computer and angrily tapped a few keys. When she handed back my ID card, her lips were set in a hard line. “Through the door when I buzz it. Follow the blue line.”

I found the visitation room easily enough. I’d been there before, when I’d been incarcerated. They hadn’t done anything with the décor. It didn’t smell any better, either.

I sat and waited. It was ten minutes before the door opened and Matt sauntered in. He was trying to look bored for the sake of the guard, who really was bored, but I could see Matt was wired.

“Thanks for coming, Boss.”

The guard closed the door, but stood at the window, watching us.

“Is it safe to talk here?” Matt asked. He ran his hand through his hair, then shook it into place.

“You better hope so.”

“Because what I’m about to say will put us both away for at least a dime.”

Matt flashed me a concerned look, but it melted away almost immediately. “You’re not serious.”

“Can they tape us in here?”

“How should I know?”

“You’re the one that used to be a cop. I figure you know all their fucking tricks, right?”

“Hey, I’m not the one wearing an orange jumpsuit, pal.”

He gave me a hangdog look. “Good point. Sorry about that.”

I got down to it. “Did you get our business taken care of?”

He sighed and shook his head ruefully. “No, Boss.”

I gave him a baleful look. “Did the police officers seize the contraband in question as evidence incident to your arrest?”

“Then where is it? Did Ozzy no show?”
That worthless welsher. I swear to Christ, I’ll—

“No, Boss. He never got the chance to show or not. I got pinched on the way to meet him.”

I fell silent. Then, “You’re kidding me.”

He didn’t reply, but I could tell from the look on his face that he was dead serious.

“So Ozzy still has our package?”

“But Brent gave Randall the money.”

“I’m not asking. I’m telling you,” I said. “Brent called in. He delivered the cash. Randall made the call to Ozzy. Then I got your call, so I figured it’s a done deal. But instead, you’re down here in this stink pit.”

“Nope. Cop stops me, saying I didn’t use my blinker.”

“So you get a ticket. You’re delayed. You don’t go to jail off a traffic ticket. That shit might happen in the Midwest or the deep South, but not here.”

I stared at him. “Tell me your license isn’t suspended.”

“Goddamnit, how many times have I told you to keep your license clean?” I was constantly on these guys about this, him and Brent. “A suspended license is like writing an invitation to every cop in a patrol car to bust you. There isn’t an easier way around to get into the car and into your pockets.”

“Relax, Boss. My license is good. It wasn’t that.”

He took a deep breath and let it out. “It was a warrant. Some fight I got into at a bar in Coeur d’Alene a few months ago.”

“What? You didn’t tell me about any fight.”

“’Cause it was no big deal,” he said. “Just some words inside the place and then we ended up throwing hands out in the parking lot. Everyone split before the cops came.”

So it would have been a misdemeanor, at best. Probably the guy on the other end of the punch actually did stick around for the patrol car to get there. Since he was the only one there, it was
his
story that became
the
story, as far as the cops were concerned. Still…

“You go there very often?”

“Banging any of the waitresses?”

“I wish, Boss. There was this one, I think her name was Tara—”

“No one that works there know you?”

“See anyone you know?”

“Yeah,” he said slowly. “Yeah, it was. I remember signing the slip and tipping that Tara pretty good. That was right before this bozo started running his mouth for about the third time. Right after that, we went outside.”

The Course of Honour by Lindsey Davis
Frostborn: The Gorgon Spirit by Jonathan Moeller
Dragonbound: Blue Dragon by Rebecca Shelley
Song of Summer by Laura Lee Anderson
The Witch Is Back by Brittany Geragotelis
Proven (Daughters of the Sea #1) by Kristen Day
A Love For Keeps (Truly Yours Digital Editions) by Barton, Janet Lee
Christmas in Bluebell Cove by Abigail Gordon
The Rain by Virginia Bergin
Sword of Dreams (The Reforged Trilogy) by Lindquist, Erica, Christensen, Aron
Our partner