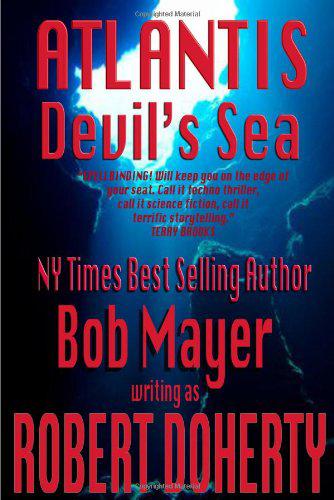 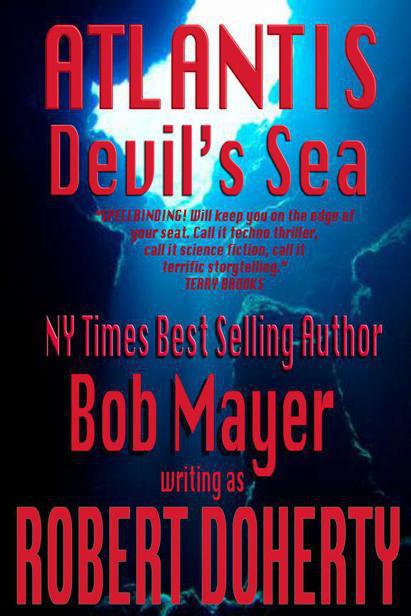 This is a work of fiction. Names, characters, places, and incidents either are the product of the author’s imagination or are used fictitiously, and any resemblance to actual persons living or dead, business establishments, events, or locales is entirely coincidental.

All rights reserved. No part of this book may be used or reproduced in any manner without written permission from the author (Bob Mayer, Who Dares Wins) except in the case of brief quotations embodied in critical articles or reviews.

Bob Mayer is the Best-Selling author of numerous books, both fiction and non-fiction. He is a West Point graduate, served in the Infantry and Special Forces (Green Berets): commanding an A-Team and as a Special Forces battalion operations officer; and was an instructor at the JFK Special Warfare Center & School at Fort Bragg. He is the CEO of Who Dares Wins Publishing.

His books have hit the NY Times, Wall Street Journal, Publishers Weekly, USA Today and other best-seller lists. With over 3 million books in print, he’s the author of
Who Dares Wins: The Green Beret Way to Conquer Fear & Succeed
and
Hunting Al Qaeda
. He has appeared on/in local cable news around the country as well as PBS, NPR, the Discovery Military Channel, the Wall Street Journal and Sports Illustrated as an expert consultant.

Bob is an honor graduate of the Combined Arms Services Staff School, the Infantry Office Basic & Advanced Courses, the Special Forces Qualification Course, the Special Warfare Center Instructor Training Course and the Danish Royal Navy Fromandkorpset School. He is Master Parachutist/Jumpmaster Qualified and earned a Black Belt in the Orient and also taught martial arts and boxing. Bob also earned an MA in Education. He's spoken before over 1,000 groups and organizations, ranging from SWAT teams, Fortune 500, the University of Georgia, IT teams in Silicon Valley, the CIA, Romance Writers of America and the Maui Writers Conference. He brings a unique blend of practical Special Operations Strategies and Tactics mixed with the vision of an artist.

THE CELLAR: BODYGUARD OF LIES

The pale blue Mediterranean sky was cut by a thick finger of smoke drifting skyward from the tall volcano in the center of the island. It was just one of the portents of doom for those who called Thera their home. Closer to the sea, on the western horizon, a low Shadow covered the blue water, a dark wall a mile high and over ten miles wide. Yesterday, a ship had been sent out to investigate the strange cloud. It sailed into the black and never returned. Scouts had been sent up the volcano to look into the caldera to judge conditions and had been overcome with toxic gases, their bodies still visible on the lip of the high mountain.

The priestess who stood on the shoreline, staring at her daughter playing in the warm surf, had told the warriors what the cloud was and what would happen with the volcano, but being men and fighters, they had sent the ship and scouts anyway. A priestess’s word had lost much power over the years.

There were dozens of priestesses on Thera who maintained the pyramid in the center of the capital city of Akrotiri, but Pri Lo was the Defender, the dark red trimming on her white robe and the crystal amulet she wore around her neck signifying that unique position. She knew her time was coming. Her people had lived in peace here for many generations, the previous Defenders never being called upon to play their role. Why her time coincided with the appearance of the Shadow, she didn’t know, but she didn’t feel sorry for herself. She had been raised for the moment that would come soon. All she felt was focused on the seven-year-old girl in the water. Her daughter, Pri Kala, would be the Defender of her generation if she grew to adulthood.

A rumble that she could feel through the sand under her feet caused Pri Lo’s gaze to shift from the sea to the large volcano. It had begun emitting fumes two days ago, just before the Shadow appeared to the west.

The reason why her ancestors escaping Atlantis had chosen this dangerous island for their new home had been lost over the millennia since the destruction of their mid-Atlantic island, but Pri-Lo accepted that there must have been a valid reason. They were centrally located among the burgeoning civilizations of the Mediterranean. Greece was to the northwest, Persia to the northeast, Crete to the south, and Egypt farther to the southeast. They were a sea away from where their home had been.

Still, the Shadow had found them. It took the dark force over eight thousand years, but the tale of terror that had been handed down through the lineage of priestesses was now a reality.

Another rumble caused her to shift her bare feet nervously in the sand. She turned back to the ocean, staring at the headland that guarded the south edge of the sheltered cove. The boat was late. Pri Lo should be at the pyramid, ready to fulfill her destiny, but there was something she needed to do first.

She didn’t want to, but she looked farther out to sea. The Shadow was closer; there was no doubt of that. It was creeping across the water, approaching the island. The blackness was absolute, drawing in the bright sunlight and extinguishing it. If it reached the land, Pri Lo knew that the tales, which were more horrible than the worst nightmares, would come true.

Time was short. The other priestesses would be scouring Akrotiri, searching for her to take her place. Still Pri Lo waited. For she knew the Shadow could be stopped, but the volcano was another issue, one that she could not defend against. It was how Atlantis had been destroyed, and there were many who didn’t want to remember when the Earth itself raged.

Her daughter, a slight wisp with blue eyes, fair skin, and red hair cut short, had a shell in her hands and was staring at it intently, as if reading something in the swirls on the surface.

“Kala,” she called out as the prow of a sailing ship finally appeared around the headland, entering the cove.

“I do not want to leave you. “ Shell in hand, the young girl walked out of the water to her mother.

Pri Lo had known she could not keep her thoughts from her daughter. The connection was too close.

“You must go on this ship. It is your duty, just as I must do mine.”

Kala understood duty. Pri Lo had taught her the absolute of that. The ship was closing on the shore, a man in the prow waving for them to wade out to it. There was a loud explosion inland. Pri Lo spun about in time to see the left side of the volcano crumble inward.

“Here.” Pri Lo took the Defender crystal off her neck and slipped it over Kala’s head. “This is yours now.”

Her daughter met her gaze and Pri Lo saw wisdom beyond her age in those young eyes. There was no point in pretending, in telling Kala they would meet again. What Pri Lo thought, her daughter knew. What she felt, her daughter sensed. They hugged briefly, intensely; then Pri Lo took Kala’s hand and led her into the water. They waded out until Pri Lo had to hold her daughter’s head above the water. She passed her to the captain along with a small purse filled with gold coins. He was from Knossos, to the south, and she had arranged this the previous night in a tavern near the wharves of Akrotiri. She knew he was trustworthy when she had met him and picked up the aura about him.

“You should come, too,” the captain said as he lifted Pri Lo into the boat. The purse disappeared somewhere inside his shirt.

The captain wasted no more time, yelling orders to his crew. They strained at the oars, pulling the ship out to sea. Pri Lo stood in the water, feeling the slight sweet lap at her neck. Kala was next to the railing, staring back.

There was not time to watch the ship until it cleared the headland.

I love you.
Pri Lo projected toward the ship. She felt the emotion from her daughter come back, a wave of sadness and love. Then she turned and headed inland. When she reached the stairs that were carved into the rock wall of the cove, she sprinted up them. At the top, she paused to look over her shoulder. The ship’s sails were set, and it was racing to the south. It would make it before the Shadow arrived.

She felt the pull of duty, but still she hesitated. Near the bow of the ship she noted several gray forms leaping out of the water and splashing back in. A brief feeling of peace passed through her, and she knew Pri Kala would be safe.

Pri Lo stumbled as the ground spasmed beneath her, cracks forming in the rock. She could see the white towers of Akrotiri a quarter mile ahead and, above them, the top of the pyramid where the priestesses waited for her. She ran, the calluses on the bottom of her bare feet striking the closely set rocks of the path.

The gates were open, the guards staring at the volcano. Several cried out to her as she passed.
Now they believe
, she thought as she sprinted along the main thoroughfare of the city; over ten meters wide, it led to the base of the huge pyramid, the first thing their ancestors had worked on when they arrived from Atlantis thousands of years previously. Three hundred feet high, made of stone blocks, it had a level top about twenty feet wide.

A broad set of stairs ran up the face of the pyramid, and Pri Lo took them two at a time. A dozen priestesses waited, along with two warriors, one of whom held a staff, one end of which was a spearhead and the other end a seven-headed snake. Other than the people, there was a large slab with the contour of a person etched into its surface.

“Where have you been?” Pri Tak, the head of the order, was an old woman, her face pale with fear. “I sent warriors looking for you.”

Pri Lo ignored her. She took a dark red cloth from one of the other women, draping it over her shoulders. There was writing on it, symbols from long ago. Pri Lo looked to the sea. The Shadow was less than a mile from shore and closing.

Pri Lo climbed onto the slab and settled into the stone, her body fitting perfectly into the depression. “I am ready,” she announced.

“There are prayers and--” Pri Tak began, but Pri Lo cut her off.

Why We Write by Meredith Maran
Trading with Death by Ann Girdharry
Holistic Beauty from the Inside Out by Julie Gabriel
Tempting the Best Man (A Gamble Brothers Novel) (Entangled Brazen) by Lynn, J.
Hostage by Willo Davis Roberts
How to Write Science Fiction and Fantasy by Orson Scott Card
Marked by Sarah Fine
Shadow of Danger by Kristine Mason
Sandman by Morgan Hannah MacDonald
Sherlock Holmes In America by Martin H. Greenberg
Our partner