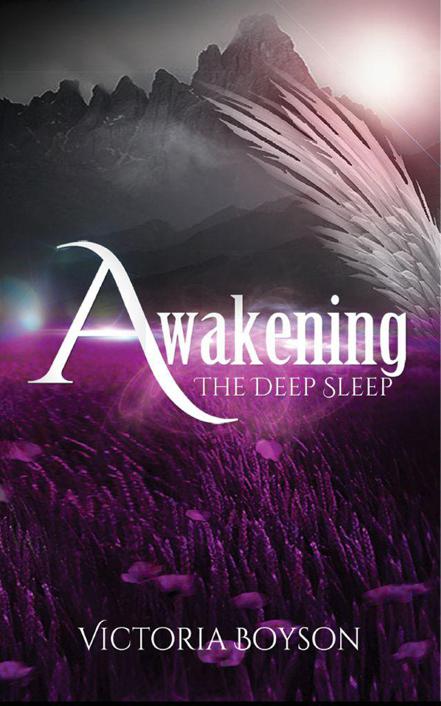 And do this, understanding the present time: The hour has already come for you to wake up from your slumber, because our salvation is nearer now than when we first believed. The night is nearly over; the day is almost here. So let us put aside the deeds of darkness and put on the armor of light.

THE LORD IS
as creative in communicating His truths to us as He is in designing His creation. I believe the visions and dreams He gives us are a lot like the parables He gave in the Bible, in which He teaches us His truths through stories. Many people, including myself, learn His truth best from parables and visions that help clarify the Word.

This book is a series of visions the Lord has given me over several years. As He would call me to a visionary encounter with Him, it felt very much like being called to a visionary journey. I’ve tried to make it as descriptive as I saw it, so you would feel as though you were right there with Beloved, our heroine.

I wanted to be faithful to the words He gave and the imagery He showed me so I could, without reservation, assure you it was from Him
to you
.

Over thirty years ago, my mother went to her true home in heaven’s realm. Since that time, my awareness of that realm has been more than awakened, and sometimes I feel more a part of it than of earth.

In this life, I’ve found true reality only as I’ve experienced this life “hidden with Christ,” living not for a temporal purpose but for the eternal goals of God’s heavenly kingdom. His kingdom is as real as the world we live in and as we seek to know Him better, we will learn of His kingdom, becoming stewards of the kingdom of heaven on earth.

For years, at times I’ve felt my mother’s strength with me, but in recent days I’ve felt much more than that. When I think of her now, it is not a memory or recollection of what she was like in her life on earth, but it is as I have seen her only in my dreams – a woman filled with great power and with the purpose of the kingdom she belongs to.

In these moments with her it’s as though she, and with her the entire heavenly kingdom, is urging me to
remain
wide awake
– faithful to my focused earthly-purpose and keeping watchful for the tricks that can dull the senses in this world.

This is something new and different than I have ever felt before. I feel shaken by the true reality of her realm. It’s as though the Lord has allowed her just one moment to speak to me of something of such eternal importance, and her urgency is alarming.

Dear saints, you truly are the bride of Christ and the celebration of heaven. The world has yet to see your true inner beauty and to feel the waves of piercing glory that will burst forth from your love for Jesus.

The glory of God is made tangible to the world by the light of His love emanating through you. That love WILL spread to the farthest corners of the earth, canvassing it in His beauty.

The Lord says to you, “Awaken, my love, it is time to awaken.”

Time is running out. Wake up, for our salvation is nearer now than when we first believed.

IT WAS DUSK
when Beloved awoke and, standing in the middle of a vast sea of wildflowers, she saw purple and pink blossoms as far as her eyes could reach. Her mind was filled with confusion, making her unsure of where she was or why she was there.

Before her lay rolling fields of beautiful flowers, yet there was an ominous weightiness in the atmosphere that disturbed her. The remains of slumber tried its best to cloud her vision and pull her back to sleep, to overwhelm her with its lethargy. Beloved struggled to shrug
off the drag of numbness she felt in her mind as she fought to comprehend the truth of her situation.

As the reality of her condition set in, she realized she had been asleep. She didn’t remember having fallen asleep but did recall a faint dream she’d had that had awoken her. It had been about a world in desperate need for her help – she knew she was needed, but by whom and for what purpose?

Beloved noticed the flowers she stood in and was immediately made quite aware of the sinister scene all around her. Studying more closely, she discovered people lying fast asleep in the flowers. She stared in amazement at thousands of men and women, even some children, sleeping amongst the captivating field of blossoms.

The landscape was so stunningly beautiful it took her breath away. Yet in it lay a whole world of people sleeping as though they’d been caught in the middle of their lives.

Her shock compelled her to wonderment. As if being drawn into their lives, Beloved felt the urge to discover who or what had caused this plague of slumber.

She sensed that many of those asleep had, at one time in their lives, clarity of destiny, yet had lost their way. Stopping too long, they were caught by the lull
and beauty of the flowers until they could no longer remember their purpose and fell captive to an unshakeable sleep.

The immensity of what seemed to her to be an unparalleled epidemic of afflicted narcosis sent her mind whirling.

“Were they held captive by the pull of the world?” she wondered as questions flooded her heart.

Beloved stood bewildered, watching and questioning. While she was preoccupied with the mystery of what she was experiencing, she suddenly realized she was being watched.

Startled, she swung around and discovered, standing quite near her, a large, beaming, angelic being full of light and wonder. Watching her, his warm eyes waited expectantly, as if wanting her to notice him.

He was radiant with an intensely brilliant yet tranquil light and something about him made her feel completely comfortable in spite of his astonishing appearance. Something in Beloved gave her the feeling she had always known him … he seemed quite familiar.

Stunned by his magnificence, she stepped back to adjust to the alarming affect he had on her. Looking at him with large, wondering eyes, she instinctively felt he seemed to be waiting for something.

Jobe: Alvarez Security Series by Jordan, Maryann
Slingers by Wallace, Matt
White is for Magic by Laurie Faria Stolarz
This Case Is Gonna Kill Me by Phillipa Bornikova
The Distinguished Guest by Sue Miller
Murder in the Choir (The Jazz Phillips Mystery Series) by Joel B Reed
CRUSH by Lacey Weatherford
Crazy for You by Maddie James
All That Remains by Michele G Miller, Samantha Eaton-Roberts
The FBI Thrillers Collection by Catherine Coulter
Our partner