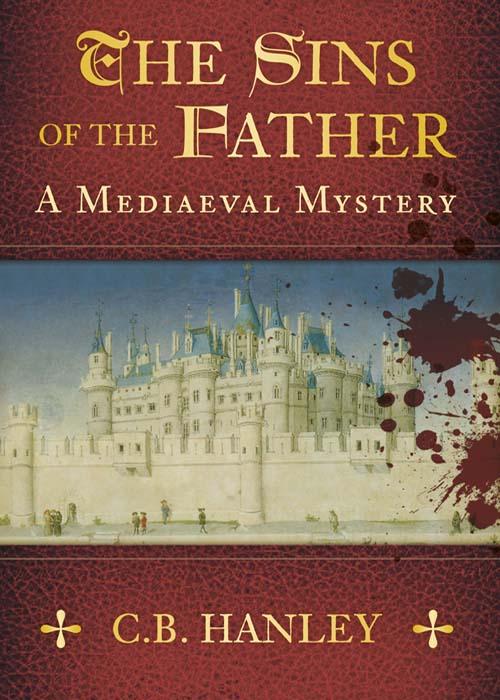 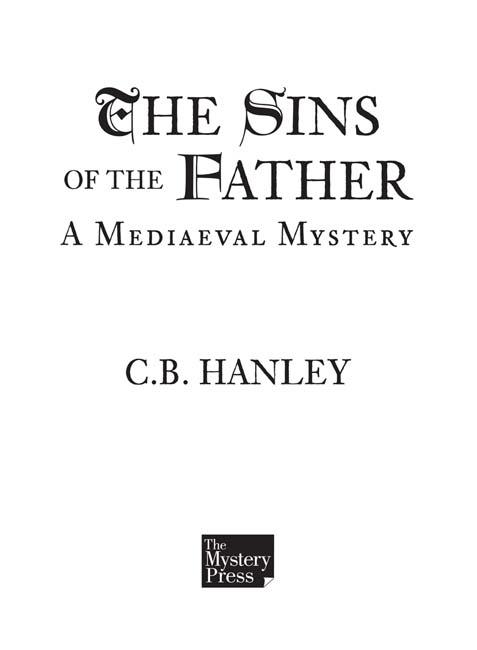 for the fun we used to have.

For I the Lord thy God am a jealous God,

visiting the sins of the fathers upon the children. 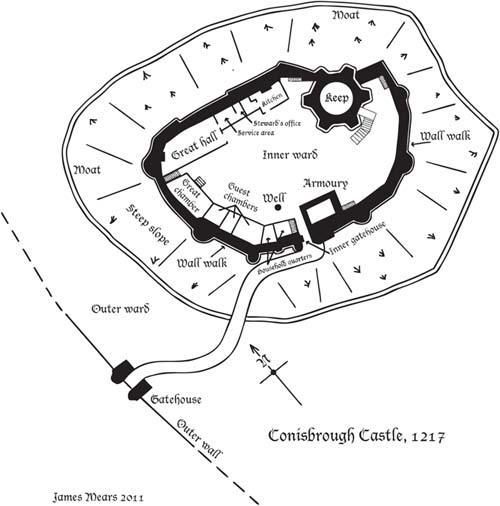 My thanks are due to a number of people who helped in many different ways while this book was being written.

First of all, my love and appreciation go to my husband, James, and our children, for putting up with me during all the time I’ve been glued to my computer; James also spent a lot of time making a beautiful electronic map of Conisbrough based on my rather sketchy, hand-drawn effort.

Then there are those whom I approached for criticism, who gave me a great deal of feedback on early drafts which was, at times, so eye-wateringly honest that I could only look at it through my interlaced fingers: Rob Hemus, Stephanie Tickle, Roberta Wooldridge Smith, Richard Skinner and China Miéville.

I’d also like to acknowledge the contribution of those who encouraged me to keep writing even when it wasn’t going so well, and who have listened to my endless moaning on the subject. There are many of these, but I’d like to thank Susan Brock, Andrew Bunbury, Adam Cartwright, Julian Moss and Martin Smalley in particular. Matilda Richards, Commissioning Editor at The History Press, has been an absolute delight to work with, and I would like to thank her for answering all my emails promptly, fully and with good cheer, even the picky ones!

Finally, my thanks go to the academic who, many years ago when I first thought of writing mediaeval murder mysteries, told me (in a nice way) that all historical fiction was necessarily rubbish, but that I should at least try to write plausible rubbish. I hope that readers of
The Sins of the Father
find it not only plausible but enjoyable as well.

The boy was about to be murdered.

He didn’t know it yet; he was aware of nothing except his own pain and misery. He could feel the cold against the side of his face and the front of his body, the dampness seeping through his clothing as he lay in the darkness on the filthy floor. The cell stank, but he’d long since ceased to notice it. Something scuttled over his foot, but he didn’t move. He kept his eyes closed, knowing that there would be nothing to see if he opened them, nothing except the blackness which had almost sent him mad. For weeks he had lain there, held in place by the weight of the shackles and chains, slowly losing all hope. Nobody would come for him.

When he first heard the sound, he couldn’t make out what it was, and thought that his mind must be playing tricks on him. But there it was again: the scraping metallic sound of a key in the lock. As the door to the cell creaked protestingly open, he raised his head. It seemed unnaturally heavy and he flinched as the unaccustomed brightness stabbed at his eyes, attempting to move his hand up to his face; at the same time he welcomed the rush of air into the fetid space. The shadows of three men were dancing in the flickering torchlight, and the boy struggled into a kneeling position to get a better look at them, the weight of his chains dragging him down and rasping the raw flesh around his wrists and ankles. He whimpered at the pain, but it helped to waken him.

He could barely see past the light, but gradually he was able to make out the silent visitors, and cold fear struck anew. The man on the left was extraordinarily tall, stooping, his face masked by a blank expression. He held aloft a burning torch; the other was held by the man on the right, who was looking apprehensive and sick. The light illuminated the face of the figure in the middle, who, in contrast to the others, seemed to be enjoying himself. He smiled, revealing a mouth which lacked two teeth on the left-hand side. The boy forced his bleary eyes to focus on the face and gasped. His voice didn’t want to work, but he licked his cracked lips and managed to croak one word.

The man’s smile widened and he spoke. ‘Yes, me. And I’ve been looking forward to this moment, ever since you were foolish enough to slight me. Revenge is sweet.’ His smile gloated as his hand toyed with the dagger at his belt.

So this was it. After the weeks of pain and darkness, hunger and hopelessness, this was the end. The fear was heart-stopping, overwhelming, trying to climb out of his throat, but he must fight it for a while longer. Just a few more moments. Remember who you are. With a huge effort of will the boy drew together the last shreds of dignity and strength and hauled himself upright, despite the protests of his battered body. If this was death, he would meet it on his feet.

The man drew his dagger and stepped forward.

The child was awakened by a battering at the door and the shouts of men. Mama and Papa were roused as well, and the hangings of the big bed were pulled back as they leapt up.

Papa spoke. ‘I should have known this would happen. We don’t have much time.’

Mama looked frightened. ‘Is it him?’

‘Yes. But he won’t harm you or …’ He stopped at the sound of a scream from downstairs. Mama’s hand flew to her mouth and the two of them looked at each other. Papa looked around the room, his head twisting from side to side. ‘There’s nowhere for you to hide.’ His voice sounded strange, rising in pitch as he stalked across the chamber, flinging the bedclothes aside. Mama stopped him, taking his hand, and they gazed into each other’s eyes for a long moment. What was the matter? Why were the servants downstairs screaming? Was somebody hurt? Surely Papa would be able to sort out whatever the problem was and then they could all go back to sleep.

Heavy footsteps sounded on the stairs. Quickly, Papa barred the door as someone outside started to pound on it. Suddenly the child was afraid.

‘Wait!’ Mama ran to the foot of the bed and opened the big kist which held the linen, pulling things out of it and throwing them aside. They had been folded so neatly – if the child had done that, sharp words would have followed. This was difficult to understand.

Papa hurried across the room and bent down, his face very close, his beard tickling the child’s face as he whispered.

‘Listen. I want you to hide in here and not make a sound. Whatever happens –
whatever
you see or hear – do
not
get out until all these men have gone. You must obey me. Do you understand?’ The child nodded wordlessly and was swept up in strong arms and placed in the chest. Papa was twisting the large signet ring with its lion’s head off his finger and holding it out. ‘Take this and keep it safe. Always remember who you are.’ Bemused, for Papa never took off the ring, the child nodded again and clutched at it. A brief kiss from Mama and the lid of the kist was being lowered. Everything went black as the first sounds of splintering came from the door.

It was dark and close in the kist. The child listened as men smashed the door and burst into the room. A clash of swords. Papa’s voice: ‘Stay behind me!’ The shouts of more men and an unearthly, horrible scream from Mama, ending in a strange gurgling noise. Another cry from Papa, sounding desperate. More clashing of swords and the voice of a different man: ‘Disarm him!’. Smashing furniture and the thud of something hitting the floor, then a lull broken by harsh panting. Everything went quiet. Warily, the child pushed the lid of the kist open a crack to see if anyone was looking this way. Nobody was. The child gazed around and gasped in horror: Mama was lying on the floor in the corner, covered in blood and not moving. Her eyes were open, staring at the ceiling. Papa was on his knees in front of her, breathing heavily and being held by two mailed soldiers who were twisting his arms behind him. A richly dressed man stood over him, holding a sword. Papa looked up, his face bleeding.

‘I should have known it would come to this. You are the very devil in human form.’