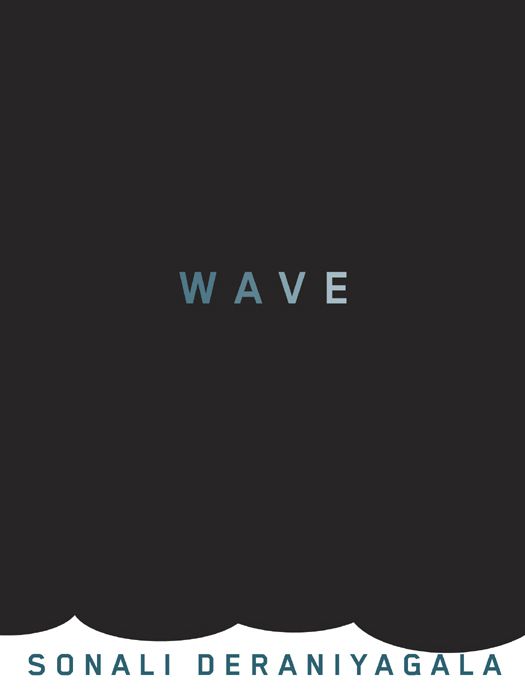 All rights reserved. Published in the United States by Alfred A. Knopf, a division of Random House, Inc., New York, and in Canada by McClelland & Stewart Limited, an imprint of Random House of Canada, Limited, Toronto.

Grateful acknowledgment is made to Alfred Publishing for permission to reprint an excerpt from “There Is a Light That Never Goes Out,” by Steven Morrissey and Johnny Marr. Copyright © 1987 Artemis Muziekuitgeverij B.V. (BUM/STE) and Universal Music Publishing Limited (GB) (PRS). All Rights on Behalf of Artemis Muziekuitgeverij B.V. administered by Warner-Tamerlane Publishing Corp. Reprinted by permission of Alfred Publishing. All Rights Reserved.

To Alexandra and Kristiana

I
thought nothing of it at first. The ocean looked a little closer to our hotel than usual. That was all. A white foamy wave had climbed all the way up to the rim of sand where the beach fell abruptly down to the sea. You never saw water on that stretch of sand. It was our friend Orlantha who alerted me. A short while before, she’d knocked on our door to ask if we were ready to leave. We almost were. Steve was in the shower, or reading on the toilet more likely. Our two boys were on the back veranda, buzzing around their Christmas presents.

This was Yala, a national park on the southeastern coast of Sri Lanka. White-bellied sea eagles abound here, and for Vikram they were the most splendid of birds. For a nearly eight-year-old, Vikram knew heaps about birds. A pair of sea eagles nested near the lagoon that edged this hotel in Yala, and he’d sit on a rock on the lagoon’s shore and wait hours, hungry for a glimpse of them. They always turned up, as reliable as the tooth fairy.

We had spent four days here, with my parents.
In less than a week Steve, the boys, and I would be flying home to London. We had driven down to Yala from Colombo on the morning after Malli’s violin concert. Not that Malli had any commitment to the violin, it was being onstage he loved. He stood there and mimicked the little girl next to him, flourishing his bow with convincing exactness. “He’s faking it, Mum, he’s faking it,” Vik whispered to me that night at the concert, impressed by his five-year-old brother’s brazen nerve.

Our friend Orlantha gave Malli violin lessons on our trips to Sri Lanka. She had taken a break from living in Los Angeles to teach in Colombo for a few years, and her children’s orchestra was thriving. It was called Strings by the Sea.

Now Orlantha and I chatted in the doorway of this hotel room. We hadn’t planned to come to Yala together, she was with her parents who were on holiday from the States. She watched the antics of my boys now and told me that she would love to start a family soon. “What you guys have is a dream,” she said.

It was then she saw the wave. “Oh my God, the sea’s coming in.” That’s what she said. I looked behind me. It didn’t seem that remarkable. Or alarming. It was only the white curl of a big wave.

But you couldn’t usually see breaking waves
from our room. You hardly noticed the ocean at all. It was just a glint of blue above that wide spread of sand that sloped sharply down to the water. Now the froth of a wave had scaled up this slope and was nearing the tall conifers that were halfway between our room and the water’s edge, incongruous those trees in this landscape of brittle thorny scrub. This was peculiar. I called out to Steve in the bathroom. “Come out, Steve, I want to show you something odd.” I didn’t want him to miss this. I wanted him to come out quick before all this foam dissolved. “In a minute,” Steve muttered, with no intention of rushing out.

Then there was more white froth. And more. Vik was sitting by the back door reading the first page of
The Hobbit
. I told him to shut that door. It was a glass door with four panels, and he closed each one, then came across the room and stood by me. He didn’t say anything, he didn’t ask me what was going on.

The foam turned into waves. Waves leaping over the ridge where the beach ended. This was not normal. The sea never came this far in. Waves not receding or dissolving. Closer now. Brown and gray. Brown or gray. Waves rushing past the conifers and coming closer to our room. All these waves now, charging, churning. Suddenly furious. Suddenly menacing. “Steve, you’ve got to come out. Now.”

Steve ran out of the bathroom, tying his sarong. He looked outside. We didn’t speak.

I didn’t stop for my parents. I didn’t stop to knock on the door of my parents’ room, which was next to ours, on the right as we ran out. I didn’t shout to warn them. I didn’t bang on their door and call them out. As I ran past, for a splintered second, I wondered if I should. But I couldn’t stop. It will stall us. We must keep running. I held the boys tight by their hands. We have to get out.

We fled towards the driveway at the front of the hotel. The boys ran as fast as I did. They didn’t stumble or fall. They were barefoot, but they didn’t slow down because stones or thorns were hurting them. They didn’t say a word. Our feet were loud, though. I could hear them, slamming the ground.

Ahead of us a jeep was moving, fast. Now it stopped. A safari jeep with open back and sides and a brown canvas hood. This jeep was waiting for us. We ran up to it. I flung Vikram into the back, and he landed facedown on the green corrugated-metal floor. Steve jumped in and picked him up. We were all inside now. Steve had Vik on his lap, I sat across
from them with Malli on mine. A man was driving the jeep. I didn’t know who he was.

Now I looked around me and nothing was unusual. No frothing waters here, only the hotel. It was all as it should be. The long rows of rooms with clay-tiled roofs, the terra-cotta floors of the open corridors, the dusty, orange-brown gravel driveway thick with wild cactus on both sides. All there. The waves must have receded, I thought.

I hadn’t seen Orlantha run with us, but she must have done. She was in the jeep. Her parents had rushed out of their room as we came out of ours, and now her father, Anton, was with us too. Orlantha’s mother, Beulah, was hoisting herself into the jeep and the driver revved the engine. The jeep jerked forward and she lost her grip, fell off. The driver didn’t see this. I told him to stop, I kept yelling to him that she had fallen out. But he kept going. Beulah lay on the driveway and looked up at us as we pulled away. She half-smiled, in confusion it seemed.

Anton leaned out the back to reach Beulah and drag her up. When he couldn’t, he jumped out. They were both lying on the gravel now, but I didn’t call out to the driver to wait for them. He was driving very fast. He’s right, I thought, we have to keep moving. Soon we will be away from the hotel.

We were leaving my parents behind. I panicked now. If I had screamed at their door as we ran
out, they could have run with us. “We didn’t get Aachchi and Seeya,” I yelled to Steve. This made Vikram cry. Steve held on to him, clasping him to his chest. “Aachchi and Seeya will be okay, they will come later, they will come,” Steve said. Vik stopped crying and snuggled into Steve.

I was thankful for Steve’s words, I was reassured. Steve is right. There are no waves now. Ma and Da, they will walk out of their room. We will get out of here first, and they’ll join us. I had an image of my father walking out of the hotel, there were puddles everywhere, he had his trousers rolled up. I’ll ring Ma on her mobile as soon as I get to a phone, I thought.

We were nearing the end of the hotel driveway. We were about to turn left onto the dirt track that runs by the lagoon. Steve stared at the road ahead of us. He kept banging his heel on the floor of the jeep. Hurry up, get a move on.

The jeep was in water then. Suddenly, all this water inside the jeep. Water sloshing over our knees. Where did this water come from? I didn’t see those waves get to us. This water must have burst out from beneath the ground. What
is
happening? The jeep moved forward slowly. I could hear its engine straining, snarling. We can drive through this water, I thought.

We were tilting from side to side. The water was rising now, filling the jeep. It came up to our chests.
Steve and I lifted the boys as high as we could. Steve held Vik, I had Mal. Their faces above the water, the tops of their heads pressing against the jeep’s canvas hood, our hands tight under their armpits. The jeep rocked. It was floating, the wheels no longer gripping the ground. We kept steadying ourselves on the seats. No one spoke. No one uttered a sound.

Then I saw Steve’s face. I’d never seen him like that before. A sudden look of terror, eyes wide open, mouth agape. He saw something behind me that I couldn’t see. I didn’t have time to turn around and look.

Pain. That was all I could feel. Where am I? Something was crushing my chest. I am trapped under the jeep, I thought, I am being flattened by it. I tried to push it away, I wanted to wriggle out. But it was too heavy, whatever was on me, the pain unrelenting in my chest.

I wasn’t stuck under anything. I was moving, I could tell now. My body was curled up, I was spinning fast.

Am I underwater? It didn’t feel like water, but it has to be, I thought. I was being dragged along, and my body was whipping backwards and forwards. I couldn’t stop myself. When at times my eyes opened,
I couldn’t see water. Smoky and gray. That was all I could make out. And my chest. It hurt like it was being pummeled by a great stone.

This is a dream. It’s one of those dreams where you keep falling and falling, and then you wake up. I was sure of this now. I pinched myself. Again and again. I could feel the nip on my thigh, through my trousers. But I wasn’t waking up. The water was pulling me along with a speed I did not recognize, propelling me forward with a power I could not resist. I was shoved through branches of trees and bushes, and here and there my elbows and knees smashed into something hard.

A Soldier's Return by Judy Christenberry
Village Affairs by Miss Read
Kiss of the Betrayer (A Bringer and the Bane Novel) by Boone Brux
The Long Patrol: World War II Novel by Chris Glatte
The Reluctant Cowgirl by Christine Lynxwiler
The Man Everybody Was Afraid Of by Joseph Hansen
Ambassador by William Alexander
Too Pretty to Die by Susan McBride
In Deep by Damon Knight
The Floating Body by Kel Richards
Our partner