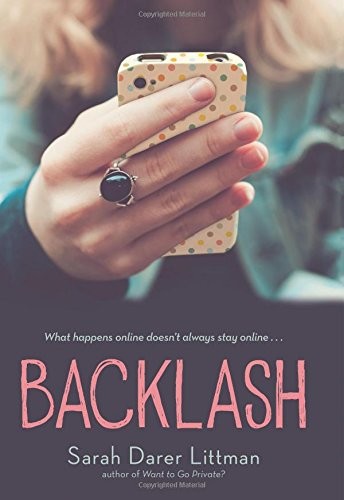 In memory of my father, Stanley Paul Darer, who taught me to observe and, more importantly, to
care
about the world around me 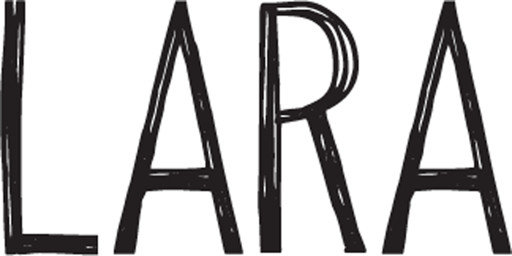 T
HE WORDS
on the screen don’t make sense. They can’t.

He says: You’re an awful person.

He says: You’re a terrible friend.

He says: I know you’ve been checking out dresses for the homecoming dance.

He says: What makes you think I’d ever ask you out?

He says: I’d never be caught dead at the school dance with a loser like you.

He doesn’t say it in a private message. He posts it publicly, on my Facebook wall, where everyone can see. Twenty-five people have already liked what he wrote. Even people I thought were my friends. Why would anyone
like
something that mean?

A few people have posted defending me, saying that I’m not a loser, that he’s a jerk for posting that.

Wasn’t he flirting with me? Did I get that wrong, too?

My fingers tremble on the keyboard as I IM him.

What did I do wrong? I don’t understand.

I wait for him to answer, so numb with hurt and panic that I can’t even cry.

When the answer comes, I wish it hadn’t.

He says: You’re a loser. The world would be a better place without you in it. GOOD-BYE, LOSER!!!

My lungs feel paralyzed. I can’t breathe. Why is he saying this? What changed from yesterday to today?

Tears roll down my cheeks as I type back.

But when I press Return, it won’t let me send it. He’s blocked me.

I hit the keyboard in frustration, shaking my head.
No, no, no.

The only person left to ask is me.

L
ARA’S HOGGING
the bathroom —
again
. I swear it’s like this
every single night
. She gets in there first, takes forever, and uses up all the hot water. She better leave me some tonight because I
have
to wash my hair. I’ve got auditions tomorrow for
Beauty and the Beast
, the eighth-grade musical. Maddie, Cara, and I have spent, like,
forever
practicing our audition pieces, and the last thing I want is for Ms. Brandt to be distracted from my acting and singing talent by gross hair.

I knock on the door for the second time. Okay, this time I’m banging more than knocking. “Lara, come on! Hurry up! You’ve been in there for forty minutes!”

Tonight she’s even more annoying than usual. She doesn’t even respond with
Go away. I’ll be out in a minute!
or something typically charming and Lara-like. There’s just dead silence, which makes me even more angry and frustrated. I give one last loud bang with my fist and stomp down the stairs to complain to Mom.

My mother is in that post-dinner “I’m finally sitting down and reading my boring political papers so don’t bother me with your arguments” kind of mood.

“Mom. I swear, if I have to take another cold shower —”

“Sydney, I have been sitting down for all of” — she checks her watch — “three minutes. I am not getting involved until I’ve had at least ten minutes to unwind.”

“Ten minutes, Syd,” she says, giving me her palm and going back to whatever deathly dull papers she’s reading for her position on the city council. She’s muttering something about budget cuts as I walk away.

Maybe if I started acting all moody and depressed like Lara, Mom would give me a pass on being a jerk, too. Even now that Lara’s doing better, my parents let her get away with stuff because she was so depressed before.

If I were into all that stupid cheerleading like Lara, I’d make them do this cheer:

I stomp back upstairs and bang on the door again. “LARA! GET OUT OF THERE! I need to take a shower!”

Silence. No running water. No splashing. No snarky reply. Nothing.

That’s when I get the first tingle of unease, the feeling that something is different tonight. I try turning the door handle, but it’s locked. It’s not the locked door that freaks me out. Lara always locks the door when she’s in the bathroom. It’s the silence. It’s the fact that she’s not yelling back at me through the door.

“Lara?” I call, concern starting to nudge out anger. “Are you okay?”

Nothing. Not even the tiniest movement of water. Panic rises to the back of my throat as I run downstairs, almost tripping on the last three steps.

That’s what it takes to get Mom’s attention away from her paperwork.

“She’s locked in the bathroom, and she’s not answering when I bang on the door.”

Mom’s face pales. She throws the papers on the table and runs for the stairs, taking them two at a time. I follow her, feeling more scared as I climb each step.

“Lara! Open the door! NOW!” Mom shouts, knocking on the door with both fists.

Mom rattles the handle and shakes the door, like
that’s
going to magically make it open.

More nothing. Scary
omigodwhatishappeninginthere
nothing.

Mom turns to me.

I race into my parents’ bedroom, grab the phone, and dial 911.

“What’s the nature of your emergency?” the dispatcher asks.

“My sister’s locked in the bathroom and she won’t answer. And she’s been in there for a really long time.”

I give her the address, expecting her to send an ambulance, but she’s got more questions.

“How old is your sister?”

“Are you sure she’s in there?”

“What gives you reason to think this is an emergency?”

“Because she’s not answering!” I shout, feeling my throat start to close up.

“Do you have any reason to believe she’s come to harm?”

“Why do you think she might have come to harm?”

No one in my family wants to admit this publicly but …
“She had depression and saw a shrink and stuff.”

“Has she made any suicidal comments?”

“Not recently, at least that I know of, but she did a few years ago.”

“Okay,” the dispatcher says. “Ambulance and police are on their way to you.”

I slam the phone in the cradle and run back into the hallway. Mom’s jamming at the lock with some weird metal pin thing.

“It’s supposed to be the key to unlock the door from this side,” Mom says from between gritted teeth. “Except it’s not working.”

That’s when I realize I forgot to call Dad. As our resident handyman, he would have had the lock open by now for sure.

I slip into my bedroom and call him on my cell. “What’s up, sugarplum?” he asks.

He’s suddenly brusque. Lara’s crises do that to our parents.

“She’s in the bathroom with the door locked and won’t answer. Mom’s trying to get the door open. I called nine-one-one,” I say in a rush.

Just then the sirens, which had been faint in the distance, start getting loud down the street. I hear him curse under his breath.

“Tell Mom I’m on my way,” he says before hanging up on me.

Mom’s still struggling unsuccessfully with the lock and is mumbling her own angry curses.

The sirens are now earsplittingly loud — the ambulance must be right outside.

“I’ll go let them in,” I say just as the doorbell rings.

It’s not the ambulance. It’s the police. A policewoman, uniformed, with a gun at her hip.

She flashes me her badge.

“Officer Hall, Lake Hills PD. I have a report of a fifteen-year-old female with a psychiatric history who is nonresponsive and locked in a bathroom?”

I point up the stairs, and she goes up without asking me any more questions. I hear Mom talking to her, starting to cry, frustrated; she still hasn’t been able to get the door open and “Why isn’t the stupid key working?” Explaining how Dad got it in case Lara locked herself in and tried to do something stupid.

The police lady says she’ll take over with the key thing, speaking in a low, steady voice to calm Mom down.

So my parents expected something like this to happen? Am I the only one who didn’t?

I start wondering why I’m always the last to know about stuff that ends up affecting my life, but my brain is too busy being blown into a million shards by a new round of sirens — this time the ambulance. I let the EMTs in and point them up the stairs. This time I follow. By the time we get up there the bathroom door is open, and I glimpse the pill bottles lined up on the edge of the bathtub like birds on a telephone wire.

Renegade Man by Parris Afton Bonds
Full Circle by Connie Monk
Reckless by R.M. Martinez
Very Far Away from Anywhere Else by Ursula K. Le Guin
The King's Agent by Donna Russo Morin
Serengeti Lightning by Vivi Andrews
Croaked by Alex Bledsoe
Durango by Gary Hart
Devastation: A Beauty and the Beast Novel by MJ Haag
A Song of Sixpence: The Story of Elizabeth of York and Perkin Warbeck by Arnopp, Judith
Our partner