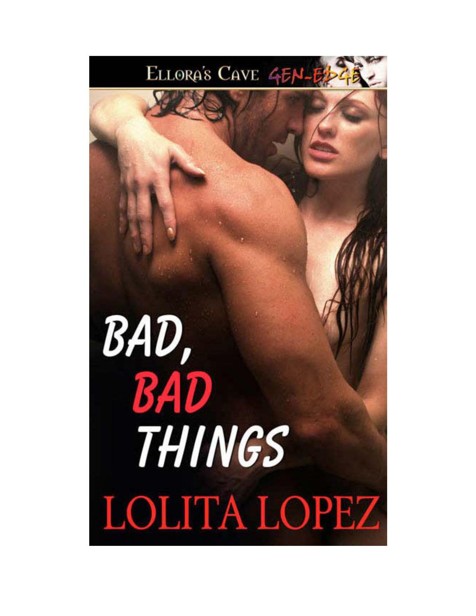 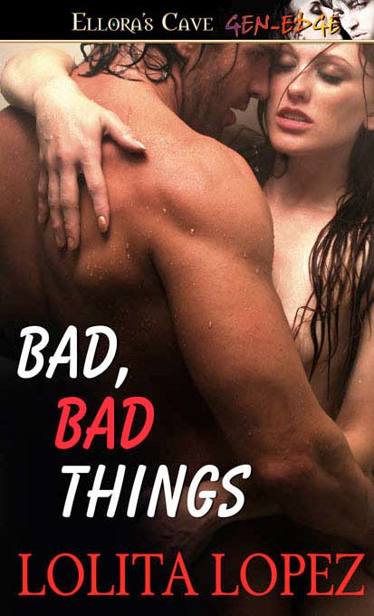 Ofelia Brandt, D-list actress and tabloid princess, needs money—and she needs it fast. Her hot mess of a sister has gotten herself in deep with some really scary people.

It’s up to Ofelia to deliver the money they’re demanding on deadline, or else. With her back against the wall, Ofelia knows she has only one choice. Blackmail.

Her mark? Sexy-as-sin Russian billionaire, Sergei Alexandrov, star of a kinky sex video that Ofelia went to great lengths to steal. After a steamy encounter in his car, Sergei agrees to pay for the video…but he wants one more thing. Ofelia. For one night.

There’s always a price when you do bad, bad things…

“I need money. Fast,” I add, slipping into the seat across from Marco. I hide the wince my movements elicit and try not to think about how much pain I’m in at the moment. “By the way, you need to look up the definition of ‘private’, cuz this ain’t it.” I gesture at the busy patio of the trendy restaurant. Just over the ivy hedge, paparazzi skulk, cameras armed for that perfect shot. “And what in God’s name are you wearing?”

“Do you like it?” Marco runs a hand along the front of his hideous flower-print blazer layered over an equally offensive yellow shirt. He flicks the garish pink carnation tucked into the lapel. “Is this gorgeous or is this gorgeous?”

I try not to grimace. “Channeling your inner Lady Gaga again?”

He puts up a beautifully manicured hand. “I don’t want to hear it. She’s fabulous!”

“She’s something,” I mutter, adjusting my sunglasses. “But really, I’m not here to debate your questionable fashion sense.”

“I know. I know.” He waves his hand and rolls his eyes. “You need money. Tell me something I haven’t heard a thousand times. Maybe you should put away the Oscar dreams, use those connections of yours and oh, I don’t know—get a job. I hear Cater Street Productions is casting.”

My nose wrinkles. “They do crappy straight-to-DVD films.”

“Um, sweetie, beggars can’t be choosers. I mean, hon, remember that one and only film of yours?” He blows a raspberry and gives me two thumbs way down. “Bombs away, baby.” He shakes his head sadly. “You had a hit show once.”

“And I’ll have one again,” I snap back in irritation. It’s as if Marco has been eavesdropping on my agent’s calls or something.

“Look,” he says gently, “it’s not like you’re the only actress who’s had a hard time transitioning from a successful tween show to the big leagues. Why don’t you take an industry job or something? Better yet, let them film that reality show they’ve been after you about for the last year.”

“I’m not about to have cameras following me around 24/7. I won’t humiliate my mother like that. You know she likes her privacy!” My jaw clenches at just the mere thought of people trashing my mother in the rags. I take a second to cool down.

“This time, Marco, the money thing…it’s different. This isn’t about covering my AMEX or the rent.” I glance around to make sure there are no camera lenses peeking through the hedge before lowering my sunglasses.

Marco gasps. “Sweet baby Jesus! Who gave you a Chris Brown beat down?”

“Shh!” I fix him with a frown and shove my sunglasses back into place. I push a little too hard and smash the frame against my swollen eye.

“It’s Mona again, isn’t it?” He shakes his head. “Look, Ofelia, I know she’s your sister, but she’s a fucking liability.”

“Yeah, it’s Mona and her boyfriend or dealer or whatever the hell he is.” I sigh and sit forward. “I can’t get into specifics here. Suffice to say these people aren’t fucking around. They want their money.”

Marco groans and rubs his forehead. “How much? Is it something I can loan you?

The website is doing well and I just got that big advance check on the book. Maybe I could dip into the capital for the music label.”

“No, Marco.” I twist a curl around my finger. “I’m touched that you’d go that far for me but this is way out of your league. You don’t have the kind of money they want.”

My lips curve in a mischievous little smile. “Junior year at Cranbrook-Canterbury Prep ring any bells?”

Marco pales. “Oh no. No. No. No!” He spreads his hands like an umpire calling safe. “You promised to leave those schemes behind when we graduated. We were all lucky we never got caught. No way,” he says firmly. “Count me out.”

“I never counted you in,” I say, annoyed. “Not this time, anyway. I just need info.”

“What kind of info?” he asks warily.

“The juiciest kind, Marco. Not those bread-and-butter tidbits but the really dirty stuff that has your legion of gossip addicts crashing your server.”

He sits back and crosses his arms. “Are you sure you want to go this route? I mean, honey, this isn’t high school anymore. Blackmailing the principal for his,” Marco touches his nose, “
habit
was one thing. It was an easy end to our cash-flow problems, but this?”

“I don’t have a choice.” I can hear the desperation in my voice and it makes me sick.

Memories of last night rush through my mind. My heart races and I swear I can smell the cheap cologne on the dirty bastard who flung me to the ground and nearly ripped out my hair as he dragged me into the dining room. It’s all I can do not to flinch at the memory of his fist slamming into my face.

And there was just something so familiar about his face, as if I’d seen it somewhere before…

“These people mean business. It’s the money or my family.”

Marco holds my gaze for a long moment before finally nodding. “All right.” He leans forward and licks his lower lip before pulling it between his teeth. He holds it there and fiddles with the straw wrapper resting between us on the table. He issues a heavy sigh. “There’s this rumor about a sex tape.”

I roll my eyes. “That’s
so
not a big deal anymore. Everyone has a sex tape, even your grandma.”

“Hey!” He’s really offended by the idea of his sainted
abuelita
playing Jenna Jameson for some sweaty old man.

Marco narrows his eyes at me. “Doubt it.”

I shrug. “So there’s a sex tape starring who?”

“The Spanish soccer player?” He nods. “I’m not seeing the juicy part. The guy is a huge man-ho. His fine ass in those tight little Speedos has been plastered all over every tabloid in creation. He’s always got some overly tanned, bleach-locked tart hanging off him.”

Marco shoots me a shut-the-fuck-up-and-listen look, so I zip it. “Sorry,” I apologize again.

“Can you keep quiet long enough for me to finish?”

I bob my chin dutifully and rest my hands on the table. “I’m listening.”

“Good.” He takes a sip of his ice water. “This tape…it’s not your typical sex tape.

From what I hear, it’s filthy. I mean super-kinky shit. And here’s the kicker.” Marco grins almost evilly. “His partner? It’s not a woman.”

“I’m still not seeing the juicy angle. So this soccer player made a gay sex tape. BFD!”

“It’s not the fact that he’s being jackhammered by another man. It’s the
identity
of the other man.”

As he speaks, I can tell Marco’s been guarding this juicy little tidbit for quite some time. He practically radiates giddiness as he leans even closer to whisper the name of the man.

For the first time in my life, I am speechless. My tongue won’t move. It sits like lead in my mouth. I try to wrap my head around that piece of information.

And now I know why Marco sat on the rumor. The Russian has a reputation for ruthlessness. How else does a thirty-something amass that kind of power and fortune?

He employs a private army of ex-Special Forces types. Muscular, testosterone-overdosed, gun-toting, trigger-happy nuts. The kind of people who would think nothing of putting a whole hell of a lot of hurt on anyone stupid enough to publish that kind of rumor on a gossip site.

“I didn’t know he was gay.” It’s the only thing I can think of to say. “I never got that vibe from his pics in
Forbes
.”

BOOK II OF III: The Reign of the Sultan by J. Eric Booker
Night Is Mine by Buchman, M. L.
Gordon Ramsay by Neil Simpson
Why We Get Sick by Randolph M. Nesse
Encounters 1: The Spiral Slayers by Rusty Williamson
Marrying the Marquis by Patricia Grasso
Cast a Blue Shadow by P. L. Gaus
Huck: The Remarkable True Story of How One Lost Puppy Taught a Family--and a Whole Town--about Hope and Happy Endings by Janet Elder
A Distant Eden by Tackitt, Lloyd
Mirror dance by Lois McMaster Bujold
Our partner