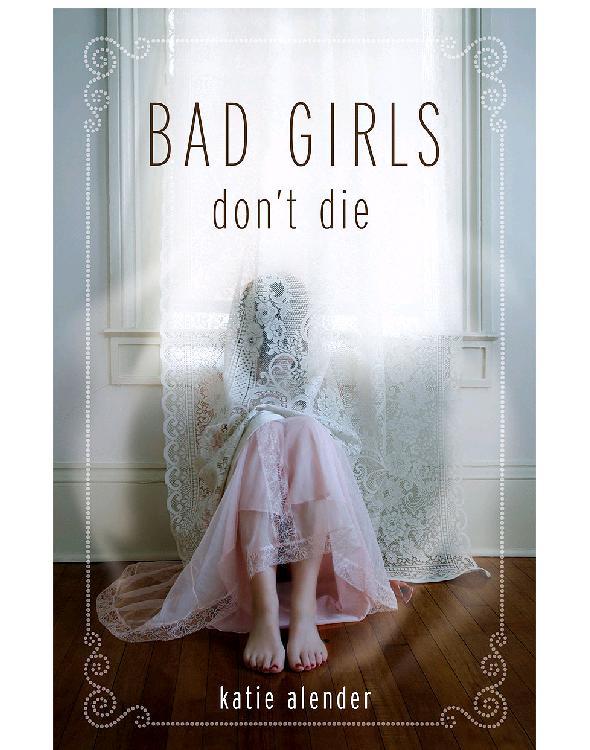 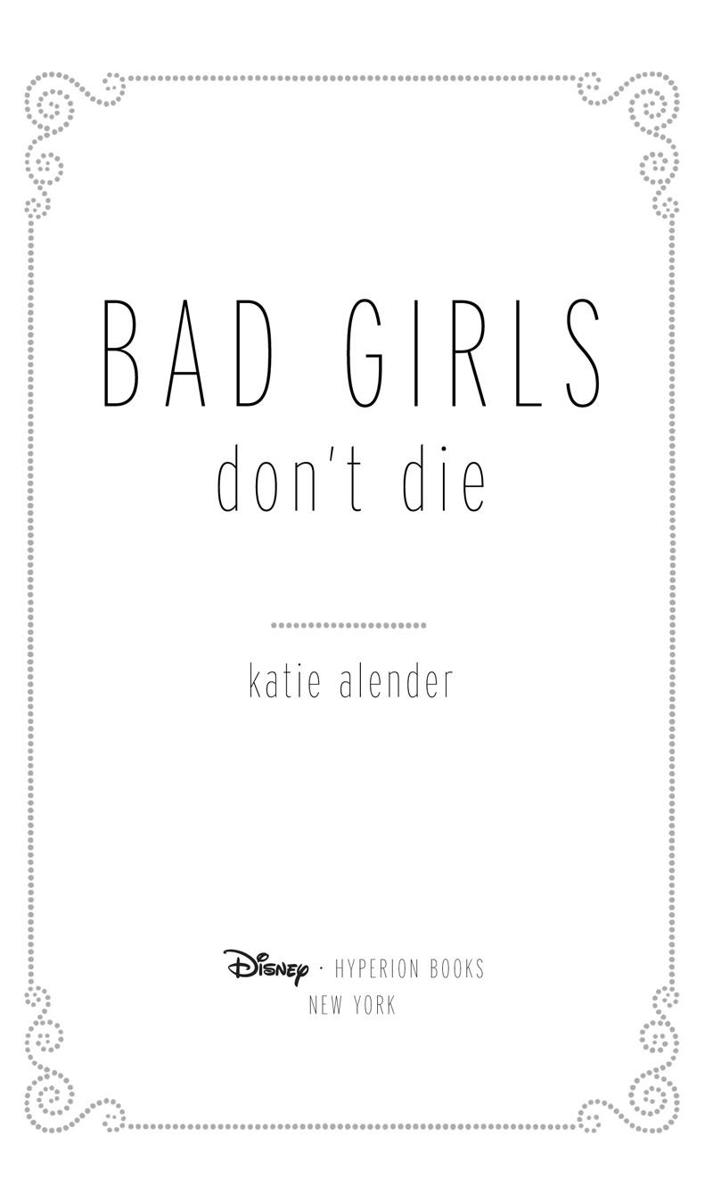 I’d like to extend my gratitude to a lot of people who, one way or another, helped make this book happen.

Matthew “Matt” Elblonk, agent extraordinaire, for his passion for the project, and for placing it in the hands of other people who had passion for it (as well as helping me make sense of the publishing experience and listening to me ramble about my dog).

My loving family—Mom, Dad, Helen, Juli, George, and Ali; and the Alenders.

My beta readers from Eta Phi Tau, and my beta-beta reader, Amber Dubois.

My dog show peeps Cricket Wheeler and Dana Langford, and all the folks at Painless—best day job ever! The old team from JP Kids LA, who taught me how to collaborate (all of whom, I hope, understand the significance of Alexis’s street address).

All of my wonderful friends, who encourage me and put up with me even though I never respond to evites.

And finally, because this is how we do things in Hollywood:

It was a privilege.

I
STOOD PERFECTLY STILL
, looking up at the house and the dark sky beyond it.

A band of mist drifted away from the moon, making way for the next set of clouds—what I hoped would be the picturesque backdrop I’d been waiting for.

The camera, a twenty-five-year-old Nikon FM2n, thirty bucks at a garage sale, waited patiently on the tripod.

I didn’t know how long I’d been outside—it felt like hours, although I was probably like a subject in one of those science experiments where they tell you to ring a bell after an hour and most people make it for, like, twelve minutes. For a split second I thought about giving up for the night. There was always tomorrow.

But suddenly everything around me seemed to get one shade brighter. The moon came pouring through a wispy haze of vapor that looked like a tattered veil draped behind the house.

In other words, it was perfect.

Photographs taken in very low light need a long exposure—longer than most people, me included, can stand still—so I used a little device with a squeezy bulb and a cord that screws into the camera. I pressed the bulb, heard the click as the shutter lifted, and started counting. When I reached ten, I let go of the bulb. The shutter closed.

I repeated this a few more times, at one point adjusting the focal length so that the house itself was out of focus and the giant oak in the front yard was sharply defined. I didn’t take very many pictures—when you use real film (and pay for it yourself), you just can’t shoot as much as you want.

After a few minutes the clouds had melted together and the effect was back to being kind of blah. Even a house like ours—an ancient one with carved shingles, creaky overhangs, and an enormous stained-glass bay window—needed the right setting.

Now that my attention was diverted from the photographs, the spookiness of the scene hit me. Suddenly, standing outside all by myself, an easy target for any random maniac, seemed very foolish. My breathing turned shallow and my hands trembled as I snapped the lens cap into place. I was tempted to grab the whole setup and run for the house, but something inside me refused to give in to the fear. So with slow, deliberate motions, I removed the camera from the tripod and unscrewed the little plate that holds it in place. I slipped the camera strap around my neck and started winding the remote shutter around my hand.

I swung my head around, looking for the source of the noise.

Deep breath. It was just a bird, or a squirrel, or one of the cats my sister insists on feeding even though it’s going to give our mother a hissy fit . . . no pun intended.

“Present yourself, kitty,” I said, a little louder.

A head popped out from behind the trunk of the oak tree.

My heart did three backflips before I recognized the honey-colored hair of my little sister, Kasey.

I tried to think of something biting to say, but I still hadn’t caught my breath. I swatted her on the arm and swallowed a huge gulp of air.

She stared at the camera for a few seconds, her lips pressed together in the almost-frown that had recently become her default expression. She shifted her weight from one foot to the other and back, her fingers lightly playing with the sleeves of our mom’s ancient Surrey High T-shirt that she’d inherited as a pajama top.

“How long have you been out here?”

Kasey shrugged, looked at her watch. “A while.”

Seriously? I’d been outside for three hours. I guess I’d rock that bell-ringing experiment.

Kasey trails along behind me all the time when I’m out taking pictures. She stands near the camera and watches what I’m watching, but she claims she doesn’t get it—doesn’t know why something’s worth photographing.

I’ve tried to teach her, but she’s actually kind of hopeless. When we started, her pictures looked like bad vacation snapshots, and after five exhausting hours, they were
worse
—because now she was trying to be artsy. A lot of blobs and blurs and pictures with no life of their own.

I told her not to worry, that maybe her true talents would emerge when she was older.

What else could I tell her? That I can’t imagine the feeling of walking through the world without being able to see the lines and shapes and balance of seemingly normal objects? That when I’m at school, I feel lonely for my camera as if it were a friend (which I don’t have any of at school, so it makes sense)?

“What are you taking pictures of? I don’t see anything,” she said.

She nodded and yawned.

I took another look up at the house.

There was a soft glow peeking through the branches that shaded our bedroom windows.

If Mom was wandering around, turning on lights, then she knew Kasey wasn’t inside, and then it was a pretty short road to figuring out that I was gone too. And that meant trouble.

No putting yourself or Kasey in strange and/or potentially dangerous situations to take pictures
was the latest incarnation of the rule that had once upon a time been,
Don’t go on the roof.
With every fresh misstep, the rule evolved—
No taking pictures of retail merchandise; No taking pictures on other people’s property; Don’t use Kasey as a decoy to get photos of people who don’t want to be photographed.
I was fairly sure that pretty soon it would just be
Put the camera down, sit on the sofa, and don’t move.

Even with a parental tantrum looming, the photographer in me couldn’t ignore something so cool-looking. It’s like the way a hunter will see an exotic animal and want its head on his wall, only less gross; when I see something visually interesting, I want to take a picture of it so badly it’s almost like a craving. Instinctively I uncapped the lens and raised the camera to my eye.

“Set up the tripod,” I said, waving to the spot where it lay on the ground. Then I turned my attention to the light.

It was a soft glow, pale gold, and Kasey was right— it wasn’t coming from either of our rooms.

It didn’t actually seem to be originating from
inside
the house at all.

I couldn’t wait for the tripod—I held the camera as steady as possible, bending my knees and bracing my body and taking a deep breath and holding it—and pressed down the shutter.

After a few seconds I let go, then took another picture, and another.

“Ready,” Kasey said, handing me the little plate to screw on to the camera.

As quickly as I could, I attached the camera to the tripod, then put my eye to the viewfinder.

The light was gone.

We waited a few more minutes, but it never returned. Finally, I capped the lens and folded up the tripod. Kasey watched me, glancing up every few seconds to see if the light was back. Our eyes met at one point, and I had to swallow hard.

The Cup by Alex Lukeman
The Railroad by Neil Douglas Newton
How Children Succeed: Grit, Curiosity, and the Hidden Power of Character by Paul Tough
Gardens of Water by Alan Drew
The Hidden Blade by Sherry Thomas
Duncan's Descent by Marie Harte
After the Plague by T. C. Boyle
Rage Factor by Chris Rogers
Hard by Harlem, Lily, Dae, Natalie
Last Stand on Zombie Island by Christopher L. Eger
Our partner