“All right, fellows,” said he, in the coolest possible tones. “I fought the good fight but I know when I'm licked. I'm guilty as sin and you've won the right to hang me fair and square. And come to that, I think maybe I'd rather be dead in England than poor in Kentucky anyway.” He straightened his tie. “Though as for blame, gentlemen, it's really Colonel Harden's fault as much as mine, don't you see? I never in the world had it in mind to kill him, but he forced me to. When I checked him and Ophelia out of the hotel, he didn't leave England. When I handed him that phony wire telling him to return to Whitecrest, he couldn't just take it at face value and go. And when I tried to scare him away by half running over him with a rented four-wheeler, he went to see you instead, Mr. Holmes. The man was just too stubborn to live.”

“I had a fair idea of the game you were playing early on,” said Holmes, “but I never thought you'd turn over the death card.”

“That's because you didn't know how desperate I am. No one did.”

“But why did you want Harden out of England so badly?” Hopkins asked.

“She wouldn't have been my fiancÃ© much longer if she'd stayed in England,” Winter said. “I could tell that from the way she wrote about this Herbert fellow in her letters. But I could also that tell her father opposed any possible match between the two. He wanted her to marry well. I felt certain that if I could pull them apart for a few months, the Colonel would prevail and Ophelia and I would be safely wed.”

“So it was an affair of the heart,” the police detective said.

Holmes tutted. “Still the romantic, Hopkins? Ah, well, you are young. An affair of the pocketbook, more likely.”

Stephen Winter nodded affably. “Alas, gentlemen, I wish I could claim a more noble motivation, but once again you have me. The family fortune I inherited was a respectable one, but I am afraid that my penchant for Kentucky horses has taken a devastating toll on my financial position. Even my home is heavily mortgaged, though no one knew it. Marriage to a wealthy woman seemed the only practical solution. Having conducted my affairs discreetly so as to avoid public scandal and maintain my reputation, I was considered a good catch. Ophelia was available and initially willing. Her father, as you know, approved. Then they came to England and disaster loomed. I spent most of my dwindling resources following them here to preserve my marriage hopes. It was one gamble I had to win, for I had risked all. Once here, I became Evelyn Weber, hotel clerk. In that guise, working at this hotel, I could keep track of the Hardens and be in a good position to carry out my schemes for encouraging their departure from England. I had little fear of being recognized by them, for people our sort don't really notice people of the sort I was made out to be.

“If only Colonel Harden hadn't been so stubborn it would have worked. Well, what can you expect of a Union man? I reluctantly concluded that nothing short of her father's death would send Ophelia scurrying back to Whitecrest. Fortunately, Providence blessed me with a public argument between the Colonel and my rival, Paul Herbert. As Evelyn Weber, I would call police attention to the damning event before I mysteriously disappeared. Others saw it happen, too, so even Ophelia couldn't deny it. If Colonel Harden were murdered, surely that young hothead would be the chief suspect. And if he were hanged, then all my troubles would be over for sure. I would be the reliable suitor rushing to comfort Ophelia in her hour of need, making us all the closer.

“But I had to be sure the case against Herbert was a tight one. So I followed him, learned as much as I could about him. When I saw him using a key of his own to close up the bookshop, I conceived a brilliant idea: Lure the Colonel into the shop with a note promising some dirt about young Herbert, distract his attention, stick a knife in his back and leave the body to be found in the morning. Who would believe Herbert's cock and bull story of the key being stolen? Certainly not Scotland Yard. Of course, I took back from his body the note that brought Colonel Harden to the bookshop.

“You know, gentlemen, I rather liked Ophelia's father after a fashion, despite his stubbornness and his Union sympathies. After all, he was on my side. I did so hate to kill him. Rather liked Ophelia, too, come to that.”

“The key facts were in our hands from the very first,” Sherlock Holmes explained at Baker Street the following evening after a hearty meal at Simpson's. “I was convinced that the killer was whoever lay behind the peculiar persecution of John Vincent Harden. Two antagonists would be too much of a coincidence. Colonel Harden believed he knew no one in England except Paul Herbert, who had no conceivable reason for wanting the Hardens to leave the country â quite the contrary, in fact. The answer, then, as I suggested to Hopkins, lay in America. Who there might benefit from driving the Hardens out of the country? The presence of an English love rival to Miss Harden's fiancÃ© made Stephen Winter a suspect immediately. No such motivation was readily apparent for Lear, the major domo of Whitecrest Plantation, but he could not be ruled out since his name was connected with what turned out to be a seemingly spurious wire from America.

“One of these men, it seemed likely, was John Vincent Harden's mysterious persecutor â either in person or through an agent in England. I sent a wire of my own to Kentucky to determine whether either was off the scene. By the time I received a reply that confirmed my earliest suspicions of Miss Harden's beau, I was already fairly certain of the guise under which he was operating in this country.

“The first of the incidents plaguing Harden â the story of the apparent
Doppelganger
who checked the Hardens out of their rooms at the Langham â was mysterious only if the room clerk, a man Harden had never seen before, had told the truth. Assume that he lied and the mystery evaporated. It all hinged, then, on Evelyn Weber. Now consider the bogus telegram from Lear. It was presented to Harden at the hotel â presumably by a bellboy who could well have received it from the room clerk. Harden sent his follow-up wire from the Wigmore Street telegraph office, where Weber never knew of it. The response came back the following evening, when Weber was off duty. That's the only reason Harden ever saw it. The murderous attack of the four-wheeler, I need hardly add, occurred just outside the hotel. Everything came back to the Langham and, by inference, to Weber. Clearly, he was also one of the hotel staff who overheard the heated dispute in the lobby between Messers Harden and Herbert â putting him in an excellent position to blame the former's death on the latter. Weber could have been merely an agent for Winter, of course, but the plain glass spectacles were a transparent disguise.”

Holmes sat back in his chair.

“And so ends another successful case for my annals,” I commented.

“The case was indeed a great success,” Holmes said bitterly. “Only the client died. No, Watson, I have scarcely covered myself with glory in this one. If you should ever chance to chronicle this adventure, let it be as the folly of an over-celebrated sleuthhound, not as some sort of triumph.”

He picked up his violin and commenced to scratch out a melancholy series of notes that seemed to match his mood.

“Holmes!” I cried after enduring some minutes of this. “The
Hamlet
! What in the world was the significance of the book John Vincent Harden grabbed in his final moment? You asked Hopkins for his theory, but you never gave your own.”

“Didn't I? Well, we can never know the truth for sure,” said Sherlock Holmes, looking up from his instrument. “But having met the charming Stephen Winter, perhaps the answer lies in Act I, Scene V, if I recall correctly â âmeet it is I set it down/That one may smile, and smile, and be a villain.' ” 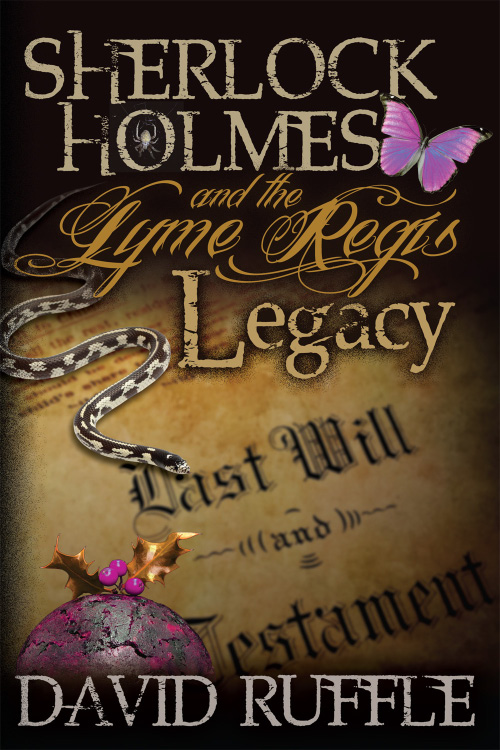 People Like Us by Luyendijk, Joris
Shifting Selves by Mia Marshall
Sacred Bloodlines by Wendy Owens
Sworn in Steel by Douglas Hulick
Dare to Bleed (Emily Sullivan Series) by Whitten, Mary
One Night Stand by Clare London
Unexpected Bride by Lisa Childs
Alive on Opening Day by Adam Hughes
The Magic of Highland Dragons by Kella McKinnon
The Stardance Trilogy by Spider & Jeanne Robinson
Our partner