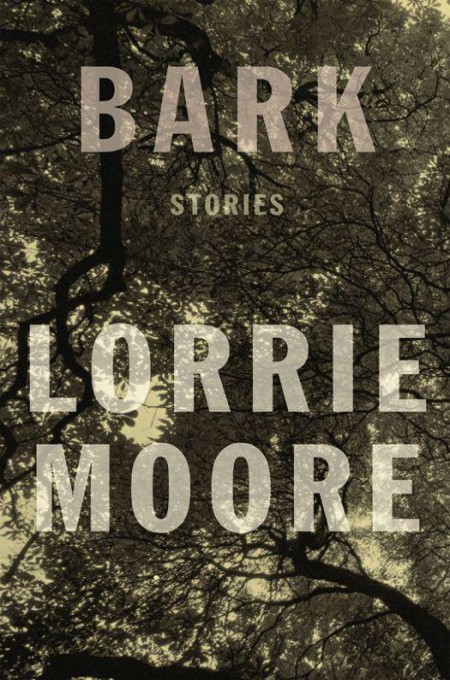 This Is a Borzoi Book
Published by Alfred A. Knopf

This is a work of fiction. Names, characters, places, and incidents either are the product of the author’s imagination or are used fictitiously. Any resemblance to actual persons, living or dead, events, or locales is entirely coincidental
.

for Deborah Rogers and Deborah Treisman

I shall still be here … growing my bark

In the splitting up dream

we were fighting over who would keep

Blizzard. You tell me

what that name means. He was

something big and fluffy

and a dachshund. Does this have to be

the male and female

why was he a dog? He barely touched

the hummus in his dogfood dish.

Don’t be gruff. Anything that falls on the floor is mine.

Amy Gerstler, “Interview with a Dog”

Ira had been divorced six months and still couldn’t get his wedding ring off. His finger had swelled doughily around it—a combination of frustrated desire, unmitigated remorse, and misdirected ambition, he said to friends. “I’m going to have to have my entire finger surgically removed.” The ring (supposedly gold, though now that everything he had ever received from Marilyn had been thrown into doubt, who knew) cinched the blousy fat of his finger, which had grown around it like a fucking happy vine. “Maybe I should cut off the whole hand. And send it to her,” he said on the phone to his friend Mike, with whom he worked at the State Historical Society. “She’ll understand the reference.” Ira had already ceremoniously set fire to his wedding tux—hanging it on a tall stick in his backyard, scarecrow-style, and igniting it with a Bic lighter. “That sucker went up really fast,” he gasped apologetically to the fire marshal, after the hedge caught too, and before he was brought overnight to the local lockdown facility. “
So
fast. Maybe it was, I don’t know, like the residual dry-cleaning fluid.”

“You’ll remove that ring when you’re ready,” Mike said now. Mike’s job approving historical preservation projects on old houses left him time to take a lot of lenient parenting courses and to read all the lenient parenting books. “Here’s what you do for your depression. I’m not going to say lose yourself in charity work. I’m not going to say get some perspective by
watching our country’s news each evening and by contemplating those worse off than yourself, those, say, who are about to be blown apart by bombs. I’m going to say this: Stop drinking, stop smoking. Eliminate coffee, sugar, dairy products. Do this for three days, then start everything back up again.
Bam
. I guarantee you, you will be so happy.”

“I’m afraid,” Ira said softly, “that the only thing that would make me happy right now is snipping the brake cables on Marilyn’s car.”

“Spring,” Mike said helplessly, though it was still only the end of winter. “It can really hang you up the most.”

“Hey. You should write songs. Just not too often.” Ira looked at his hands. Actually he
had
once gotten the ring off in a hot, soapy bath, but the sight of his denuded finger, naked as a child’s, had terrified him and he had shoved the ring back on.

On the other end of the phone Ira could hear Mike sighing and casting about. Cupboard doors closed loudly. The refrigerator puckered open, then
whooshed
shut. Ira knew that Mike and Kate had had their troubles—as the phrase went—but always their marriage had held. “I’d divorce Kate,” Mike had once confided to Ira, “but she’d kill me.” “Look,” Mike said now, “why don’t you come to our house Sunday for a little Lent dinner. We’re having some people by and who knows?”

“We made it up. For Lent. We didn’t really want to do Mardi Gras. Too disrespectful, given the international situation.”

“So you’re doing Lent. I’m unclear on Lent. I mean, I know what Lent means to those of us in the Jewish faith. But we
don’t usually commemorate these transactions with meals. Usually there’s just a lot of sighing.”

There were no natural predators in this small, oblivious, and tolerant community, and so strange creatures and creations abounded. “Prince of
Peace
? Not—of
Minneapolis
?”

“You’re supposed to give things up for Lent. Last year we gave up our faith and reason; this year we are giving up our democratic voice, our hope.” Ira had already met most of Mike’s
goyishe
friends. Mike himself was low-key, tolerant, self-deprecating to a flaw. A self-described “ethnic Catholic,” he once complained dejectedly about not having been cute enough to have been molested by a priest. “They would just shake my hand very quickly,” he said. Mike’s friends, however, tended to be tense, intellectually earnest Protestants who drove new, metallic-hued cars and who within five minutes of light conversation could be counted on at least twice to use the phrase “strictly within the framework of.” “Kate has a divorcée friend she’s inviting,” Mike said. “I’m not trying to fix you up. I really hate that stuff. I’m just saying come. Eat some food. It’s the start of Eastertime and, well, hey: we could use a Jew over here.” Mike laughed heartily.

“Yeah, I’ll reenact the whole thing for you,” said Ira. He looked at his swollen ring finger again. “Yessirree. I’ll come over and show you all how it’s done.”

Ira’s new house, though it was in what his realtor referred to as “a lovely, pedestrian neighborhood,” abutting the streets named after presidents, boasting, instead, streets named after fishing
flies (Caddis, Hendrickson, Gold-Ribbed Hare’s Ear Road), was full of slow drains, leaky burners, stopped-up pipes, and excellent dust for scrawling curse words.
Marilyn blows sailors
. The draftiest windows he duct-taped up with sheets of plastic on the inside, as instructed by Homeland Security; cold air billowed the plastic inward like sails on a boat. On a windy day it was quite something. “Your whole house could fly away,” said Mike, looking around.

“Not really,” said Ira. “But it
is
spinning. It’s very interesting, actually.”

The yard had already grown muddy with March and the flower beds were greening with the tiniest sprigs of stinkweed and quack grass. By June the chemical weapons of terrorism aimed at the heartland might prove effective in weeding the garden. “This may be the sort of war I could really use!” Ira said out loud to a neighbor. Mike and Kate’s house, on the other hand, with its perfect lines and friendly fussiness, reeking, he supposed, of historical preservation tax credits, seemed an impossible dream to him, something plucked from a magazine article about childhood memories conjured on a deathbed. Something seen through the window by the Little Match Girl. Outside, the soffits were perfectly squared. The crocuses were like bells and the Siberian violets like grape candies scattered in the grass. Inside, the smell of warm food almost made him weep, and with his coat still on he rushed past Kate to throw his arms around Mike, kissing him on both cheeks. “All the beautiful men must be kissed!” Ira exclaimed.

After he got his coat off, and had wandered into the dining room, he toasted with the champagne he himself had brought. There were eight guests there, most of whom he knew to
some
degree, but really that was enough. That was enough for everyone. Still, they raised their glasses with him. “To Lent!” Ira cried. “To the final days!” And in case that was too grim, he added, “And to the coming Resurrection! May it happen a little closer to home this time! Jesus Christ!” Soon he wandered back into the kitchen and, as he felt was required of him, shrieked at the pork. Then he began milling around again, apologizing for the Crucifixion: “We really didn’t intend it,” he murmured, “not really, not the killing part? We just kind of got carried away? You know how spring can get a little crazy, but believe me, we’re all really, really sorry.” Kate’s divorced friend was named Zora, and was a pediatrician. Although no one else did, she howled with laughter, and when her face wasn’t blasted apart with it or her jaw snapping mutely open and shut like a scissors (in what Ira recognized was postdivorce hysteria; “How long have you been divorced?” he later asked her. “Eleven years,” she replied), Ira could see she was very beautiful: short black hair; eyes a clear, reddish hazel, like orange pekoe tea; a strong aquiline nose, probably a snorer; thick lashes that spiked out wrought and black as the tines of a fireplace fork. Her body was a mix of thin and plump, her skin lined and unlined, in that rounding-the-corner-to-fifty way.
Age and youth
, he chanted silently,
youth and age, sing their songs on the very same stage
. Ira was working on a modest little volume of doggerel, its tentative title
Women from Venus; Men from Penis
. Either that, or
Soccer Dad: The Musical
.

Like everyone he knew, he could discern the hollowness in people’s charm only when it was directed at someone other than himself. When it was directed at him, the person just seemed so totally
nice
. And so Zora’s laughter, in conjunction with her beauty, doomed him a little, made him grateful beyond reason.

Immediately, he sent her a postcard, one of newlyweds dragging empty Spam cans from the bumper of their car. He wrote:
Dear Zora, Had such fun meeting you at Mike’s
. And then he wrote his phone number. He kept it simple. In courtship he had a history of mistakes, beginning at sixteen with his first girlfriend, for whom he had bought at the local head shop the coolest thing he had then ever seen in his life: a beautifully carved wooden hand with its middle finger sticking up. He himself had coveted it tremulously for a year. How could she not love it? Her contempt for it, and then for him, had left him feeling baffled and betrayed. With Marilyn he had taken the other approach and played hard to get, which had turned their relationship into a never-ending Sadie Hawkins Day, with subsequent marriage to Sadie an inevitably doomed thing—a humiliating and interminable Dutch date.

Passion to Protect by Colleen Thompson
Living Lies by Kate Mathis
QuarterLifeFling by Clare Murray
The Vampires of Soldiers Cove by Jessica MacIntyre
The Cowboy's Reluctant Bride by Debra Cowan
A Brief Guide to the Great Equations by Robert Crease
Don't Tell Me You Love Me (Destiny Bay Romances~The Ranchers Book 6) by Conrad, Helen
Bad, Bad Things by Lolita Lopez
A Viking's Bride (Vikings in Space Book 2) by Zoe York
Desire (#3) by Cox, Carrie
Our partner