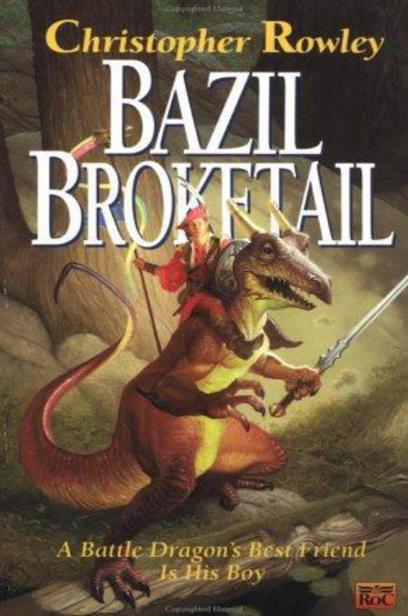 High and clear the clarions sounded the silvery cry of Fundament Day from the Tower of Guard of the city of Marneri. The old year was ended, winter was begun, soon there would be flakes of snow upon the air.

Already there was a chill in the wind at night that sent children indoors early, while mothers put more logs on the fires; but for now it was time for the greatest festival of the year. The harvest was in, the sun still held warmth; it was a day to mark the passing of the old and the beginning of the new.

Throughout the Empire of the Rose, from the Isles of Cunfshon to the western marches of Kenor, the people were as one on Fundament Day.

In the city of Marneri, sited at the head of the Long Sound, there was an additional significance to Fundament Day. The Greatspells were renewed, in solemn majesty, replenishing the strength of the city walls for another year. Drums and the sharp reports of firecrackers urged the folk out of their houses and through the massive North Gate to the Green Field beyond the city walls.

Today! sang the horns, today is the day of the Greatspell and every able witch must come. To make the walls stand tall, the height of fifteen men, with the power to resist all known assaults. To make the turrets firm and adamant! To give the gate spirits, Osver, Yepero, Afo and Ilim, their strength to resist the magic of the enemy.

From the corner towers floated the brightly colored banners of the high families of the Guard. Small balloons flew, carousels twirled upon the green. Folk in colorful silks danced the ancient steps of the Fundament dances.

The crowds were filled with people wearing blue and red Marneri caps. The men wore white wool shirts called “copa,” and thick winter leggings of black and brown. Most of the women wore traditional cream-colored linen dresses, with the red sash of the Sisterhood.

By the tenth hour of the day the city was almost empty. The sound of the distant fireworks and horns and drums became muffled echoes around the stone-flagged courtyards behind the mighty Tower of Guard.

In the Stables of the Guard, where sixty horses made quiet chuffing sounds, the echoes of the distant fun made young Lagdalen of the Tarcho’s heart feel hard and heavy in her chest. Sometimes it was awful to be well-born, a member of a High House, with all the privileges of that station and all the responsibilities.

The drums and fifes died down, and it grew quiet once more except for the sounds of contented horses. Lagdalen bent to her task again, mucking out the stables.

No matter how she looked at it, it still seemed enormously unfair. As if all the world were arrayed against her, from the Lady Flavia and the officers of the Novitiate to her own family. She was simply a young girl who had fallen in love, and as a result here she was muckraking on Fundament Day. While all the city was dancing on the green, she would be laboring for hours on this punishment detail which would take all day. And by the time it was done, and the feasting had begun, Lagdalen would be too exhausted to do more than bathe and go to sleep on her cot in the Novitiate.

Fundament was ruined, and all because of a mad infatuation with a boy, a silly boy, a boy she still ached for. A boy with the tiny green, triangular freckles on his skin that marked a bastard of the tree, an elfchild.

A boy named Werri, a boy from the “Elvish” race, who grew from trees in the sacred glades and loaned their skills to the aid of the people of Marneri and all the Empire of the Rose. A boy who worked in the foundry, forging steel by day, and who stayed in the elf quarter by night, caught up in their mysterious world of ritual and trance. A boy she had seen only a handful of times, a boy that she barely knew in fact; although this realization was new to her, and she had only come to it in the last few days.

The news of her downfall had brought no response from Werri. No romantic invitation to leave her life in the Tower of Guard and join him as an elf-wife in the quarter with its funny, narrow streets and crowded tenements.

Werri had behaved just as her father had predicted.

“You’ll see,” he’d said with the contemptuous foreknowledge of an adult. “He’s only interested in wenching with normal folk. To him you’re no more real than a phantom.”

She burned with embarrassment now, for she knew in her heart that her father had been right. Even after the love she’d imagined between them when she’d gone to him, he’d barely acknowledged her, barely taken the time to say goodbye, before slouching off with his friends clothed in elf green to the quarter and the ale house.

In tears of bitter humiliation she’d gone back to the Novitiate with her romantic dreams shattered. Werri didn’t want her in the quarter. Now that he’d had his way with her, he didn’t even want to know her.

Grimly the Lady Flavia had prescribed the punishment: long and hard labor on Fundament Day.

Of course, Werri was a handsome young devil, in the way that elvish folk often were, with a long lean jaw, slender straight nose, and green-brown eyes that danced when he spoke. And long, green-blond hair that hung down to his shoulders and which he shook back from his eyes or tied back with a silver elf-band.

But those triangular flecks on his skin were the mark of the wild elf glen and of entry into the world through the womb of a tree. No woman could give birth to such as Werri, for the only product of such liaisons was the engenderment of imps, debased and evil.

And thus to be caught abed with such a one as Werri was a serious matter for a young witch in the Novitiate.

And for Lagdalen of the Tarcho they had high hopes; the Lady Flavia had said as much in prescribing the punishment.

“Normally for this sort of thing, I’d take the cane to your backside and set you a full Declension of the Dekademon, plus a month of service in the Temple to show you just how silly it is for a witch in the Novitiate to be infatuated with an elfboy, and to remind you of your place within our mission. But you are not just any novice, Lagdalen. Of you we have hopes of much achievement in this world. You are to go to Cunfshon, to the teachers there. If you continue your growth you will go on to a great career in either the Temple or the Administrative Service.”

Flavia had frowned most thoughtfully then, while gazing into a white paper file upon her desk.

“So instead you will clean the Stables of the Guard on Fundament Day, and produce a full Declension of the Dekademon by the end of the week. Am I understood?”

Lagdalen’s heart had grown heavy at the thought, for she loved Fundament Day beyond all other festivals and would willingly have endured the cane, though Flavia’s was a notoriously heavy hand with it, instead of spending that day working in the stables.

Flavia had then said, “You must understand this, Lagdalen. The passions of the body are sent to torment us and to turn us aside from our historic mission. We must eschew all thoughts of love and family during these learning years. And, of course, it goes without saying that we must not have congress with the elvish. From such unions can come only imps and disaster. The elvish cannot understand the distress they cause in this behavior; we are playthings to them in this. But for a witch it is a deadly crime, a slip into abomination.”

And thus had Fundament Day been ruined, although she had learned with considerable relief, at the medical examination which followed her interview with Flavia, that no imp had been quickened in her womb.

She had wept many, bitter tears since then. And rerun through her mind again and again the awful humiliation of that moment when Helena of Roth, Lagdalen’s most bitter enemy, had pulled open the door and shown the proctors what was going on in the little laundry room at the back of the dormitory.

Helena was a senior novice, and she took particular pleasure in disciplining the “little Tarcho brat.” Lagdalen recalled, with a spine-chilling thrill of horror, the vindictive laughter with which Helena had greeted Lagdalen’s arrest and removal to Flavia’s office.

And now she drudged, mucking out the stalls of sixty horses. Of course the stable boys who normally did this work, but were excused on Fundament Day, had left all the dirt and straw down from the previous two days. They knew that on Fundament Day there was normally some poor wretch enjoined to work there all day for punishment.

She lifted another shovelful of manure and cast it into the barrow; the job ahead of her was mountainous. It would take her all day to rake it and shift it.

Wearily she filled the barrow, lifted it, and trundled it off to the composter heap. This was set in a covered pit just inside the Old Gate, under the looming walls of the tower. To reach it she had to leave the stables and negotiate the smoothly polished cobblestones of the Tower Yard, where the barracks troops performed their drill. This was the dangerous part of the passage, for not a drop of the contents of her barrow could be left on the cobbles for fear of old Sappino the Yardkeeper, whose obsession was the polish on his cobbles. Loud would be his complaints if she made a mess. Long would she kneel polishing the stones if Sappino complained to Headmistress Flavia.

Outside the stables, which were protected by a spell, the fat flies of summer still buzzed vigorously in the sunlight, and they soon discovered her cargo.

Lagdalen hated flies, and she quickly tried to cast her own fly spell. But it took two full declensions and a paragraph from the Birrak, and she made a mistake in the declensions. The flies continued to buzz, oblivious to the botched spell.

With a curse of woe, flies settling on her face, in her hair, around her eyes, Lagdalen pushed the barrow as fast as it would go over the cobbles of the yard to the compost pit.

A fly crawled up her nose. With a squeal of horror she stopped and brushed it away. The barrow tipped and fell on its side, cargo spilling over the stones.

Lagdalen burst into tears as the accursed flies settled with victorious, hot buzzing.

There was a triumphant peal of bright, merry laughter from her left. She looked up, tears forgotten in sudden rage. A youth, a ragged dragonboy, was visible at the door to the red brick Dragon House. He was pointing at her and laughing.