Read Be with Me Online 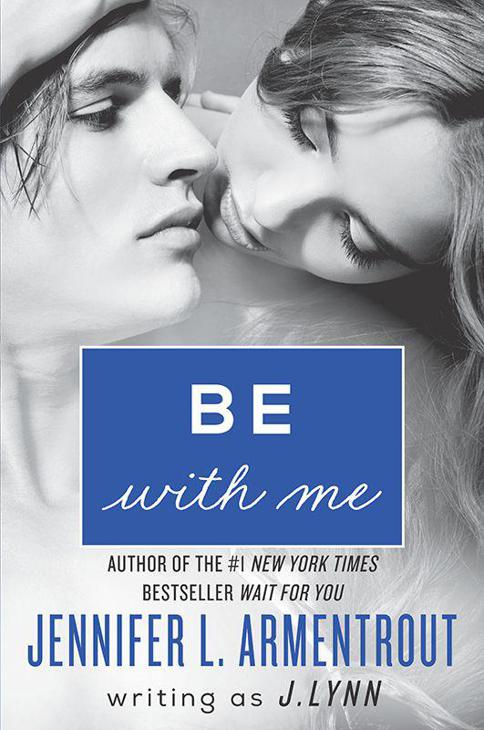 Dedicated to my brother,

who shares a birthday with
Be with Me
release day.

S
weet tea was apparently going to be the death of me.

Not because the amount of sugar could send you into a diabetic coma after one slurp. Or because my brother had nearly caused a triple-car pileup by winging his truck around in a sharp U-turn after receiving a text message that contained two words only.

Nope. The request for sweet tea was bringing me face-to-face with Jase Winstead—the physical embodiment of every girlie girl fantasy and then some that I’d ever had. And this was the first time I was seeing him outside of campus.

And in front of my brother.

Oh sweet Mary mother of all the babies in the world, this was going to be awkward.

Why, oh why, did my brother have to text Jase and mention that we were on his end of town and ask if he needed anything? Cam was supposed to be taking me around so I could get familiar with the scenery. Although the scenery I was about to witness was sure to be better than what I’d seen so far of this county.

If I saw another strip club, I was going to hurt someone.

Cam glanced over at me as he sped down the back road. We’d left Route 9 years ago. His gaze dropped from my face to the tea I clutched in my hands. He raised a brow. “You know, Teresa, there’s a thing called a cup holder.”

“Okaaay.” He drew the word out, focusing on the road.

I was acting like a spaz and I needed to play it cool. The last thing anyone in this world needed was Cam finding out why I had a reason to act like a dweeb on crack. “So, um, I thought Jase lived up by the university?”

That sounded casual, right? Oh God, I was pretty sure my voice cracked at some point during that not-so-innocent question.

“He does, but he spends most of the time at his family’s farm.” Cam slowed his truck down and hung a sharp right. Tea almost went out the window, but I tightened my death grip on it. Tea was going nowhere. “You remember Jack, right?”

Of course I did. Jase had a five-year-old brother named Jack, and the little boy meant the world to him. I obsessively remembered everything I’d ever learned about Jase in a way I imagined Justin Bieber fans did about him. Embarrassing as that sounded, it was true. Jase, unbeknownst to him and the entire world, had come to mean a lot of things to me in the last three years.

And the source of my crush.

But then a year ago, right at the start of my senior year in high school, when Jase had tagged along when Cam had visited home, he’d become something very complicated. Something that a part of me wanted nothing more than to forget about. But the other part of me refused to let go of the memory of his lips against mine or how his hands had felt skimming over my body or the way he had groaned my name like it had caused him exquisite pain.

My cheeks heated behind my sunglasses at the vivid memory and I turned my face to the window, half tempted to roll it down and stick my head out. I so needed to pull it together. If Cam ever discovered that Jase had kissed me, he would murder him and hide his body on a rural road like this one.

And that would be a damn shame.

My brain emptied of anything to say, and I so needed a distraction right now. The perspiration from the tea and my own trembling hands was making it hard to hold on to the cup. I could’ve asked Cam about Avery and that would’ve worked, because he
loved
talking about Avery. I could’ve asked about his classes or how he was back in training for United tryouts in the spring, but all I could do was think about the fact that I was finally going to see Jase in a situation where he couldn’t run away from me.

Which was what he’d been doing the first full week of classes.

Thick trees on either side of the road started to thin out, and through them, green pastures became visible. Cam turned onto a narrow road. The truck bounced on the potholes, making my stomach queasy.

My brows lowered as we passed between two brown poles. A chain-link fence lay on the ground, and off to the left was a small wooden sign that read
WINSTEAD
:
PRIVATE
PROPERTY
. A large cornfield greeted us, but the stalks were dry and yellow, appearing as if they were days away from withering up and dying. Beyond them, several large horses grazed behind a wooden fence that was missing many of its middle panels. Cows roamed over most of the property to the left, fat and happy looking.