Read Be With You Online 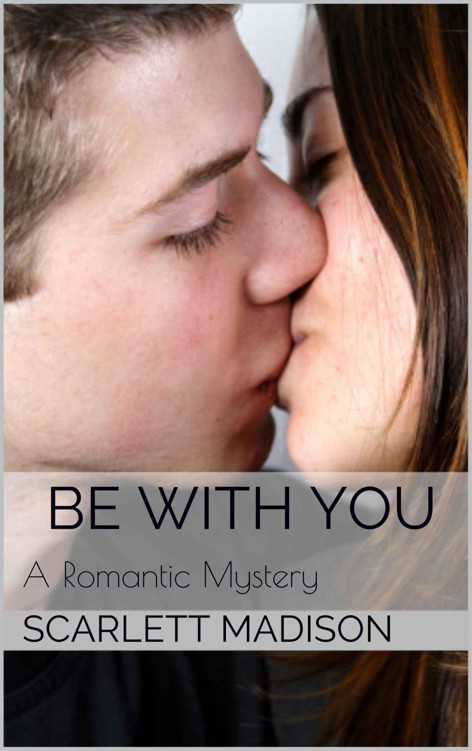 She was merely a girl of only 18 years of
age, fashioned a short bob and clad her black-framed glasses. She wore a white
shirt with a plaited grey skirt and strapped a brown sling bag over her.

It had all begun with her
pair of white school shoes.

Not that they were really
white though, more of stained with a greyish tint of dirt and moss.

Adelie
Claire had been walking around in her pair of shoes for the past few days,
ignoring the holes that had formed on them from wear and tear.

Then, they finally reduced
to rags today and she found that she could hardly walk around in them no more.

She had not known of what
to do. She would never tell her parents about buying a new pair. She was from a
poor family. Her father had been jobless for the last quarter of the year. Her
mother was a housewife, doing some sewing embroidery at home to make ends meet.
Yet, it was never enough. They had given her some pocket month to last for the
month and to buy school shoes or stationary if needed, but she had spent them
all on food and games. Shoes were expensive at the village. She wished she
hadn’t wasted all her money away.

Adelie
walked with a stiff gait in her broken shoes back to her house, straight after
school. She carried her shoes into her room, placed them in a box, and then
begun crying to her pillow.

It had been a humid
afternoon that day where the suns’ rays beat into her room.

Just then, she heard a
faint tapping
on her rusty blue window.
Adelie
stopped sobbing, and peered curiously at the
window.

There was a pale yellow
envelope on her window ledge.
Abbie
blinked. Who had
left the envelope there? She leaned her head out of the window, and peered
around.
No one.

She took the envelope from
her window ledge and stared at it.

It had a yellowish tint and
appeared to be a little musty. She wondered if she should open it, since she didn’t
know who that letter was addressed to.

She flipped to the back of
the envelope and was stunned to see that it seemed to have been addressed to
her.

Adelie
slowly opened the envelope, and with a churning stomach, she began reading the
letter.

I end at 12pm
everyday
.
Since you start at 1pm, I can lend them to you before school starts.

She felt a warm sensation in
her throat. Who had written that for her? Who had been so kind to want to go
the extra mile? She also felt something warm in her heart. Like a fuzzy kind of
sensation. The gesture had been so kind. The person must
had
been a very kind person who was also very observant to notice that she had
needed help.
Adelie
couldn’t help but wonder who that
person had been.

The next morning had arrived.
The air was crisp and fresh! She had already got dressed. She was all ready to
get to school. She wondered if the kind person would actually remember and come
at all. The time then was 12:20.

Adelie
was feeling a little nervous and excited at the same time. Meeting a stranger
who offered a kind deed was slightly nerve-wrecking. Who could the stranger had
been?

Then, she heard a bicycle
ring from afar. That jolted her back to her
senses,
There were the sounds of a bicycle moving along the dirt track, towards the
direction of her window.

She sat on her bed and
waited, feeling a little shy.

Again, there was the gentle
knocking on her window.

She stood up and she
approached her window.

An older boy stood before
her. He looked to be around 19-20 years old. He had light brown hair,
almond-eyes and some freckles. He was clad in a dark green uniform. She had
recognized it. It was the uniform from the school not far away from hers.

“Hi, I am Danny. You can
have my shoes. I will come everyday”

Danny said as he took off
his shoes, wore his sandals instead which he had brought along, and handed his
shoes over to
Adelie
.

He was cute alright.

“Actually- I feel very bad
about you lending me your shoes.
Even though I really
really
appreciate it!”

Indeed, she had felt that
she was troubling him.

“ Not
to worry at all. I live just behind your house-you
know”

“ Really
?
So you were my neighbour before? I have never realized that! Thank you so
so
much! I will wear them and I will go off now!”

She carefully wore Danny’s shoes and bowed slightly to

him
. She
realized that Danny was a head above her and was very tall.

This went on for a couple of months. Danny never failed to show up at
her window ledge every afternoon, no matter how humid the weather had been, or
no matter how hard it had rained.

On a
particular Wednesday afternoon, things proved to never be the same again.

“ Let
me send
you to school by my bicycle.”

Adelie
never
knew why she never asked too many questions when it came to accepting help from
Danny. She had not known that many things about Danny other than that he used
to live behind her house once. She hadn’t even known how old he had been. What
was his full
name.
There were so many things to Danny
which were a mystery. She just knew that she
trusted
him.

It was the strange, inexplicable
sensation,
she
got, when she looked into his eyes, and felt a bond with him. She felt
something growing in her, but felt that it had already been there when she had
seen him.

Adelie
nodded her head. She felt that it was natural of her
to agree- but she didn’t know why.

He
stretched his hand over and signalled her to come over to him by going over the
window ledge. She hesitated for a second,
then
she
smiled, reached out for his hand, and pulled herself over the ledge.

That warmed her heart.

“Come
aboard my bike?”

Adelie
gently
lifted herself onto the bike. She held onto his waists. As if it
were
a
natural
thing for her to do.

The
scenery seemed different that day although the weather had been hot and humid.
The usual trees seemed so beautiful and old, the off beaten track which she had
never taken seemed so nostalgic and she had held him like she had held him before.
It all seemed like a well-rehearsed day where everything was so familiar and
yet so novel.

They
hadn’t said a word. The gentle wind beat on her face as her short bob bounced
along as he rode his bike.

He stopped
at the gates of her school. That was when she realized that she had been
holding on to his waists so tightly all the time. Why hadn’t it come to her
before? Why did she only realize it now? She felt herself blush and a tingle of
pink lit her cheeks.

He gently
lifted her off the bike.

“Have a
good day in school. See you tomorrow”

He waved
goodbye and rode off in his steel blue bike.

Adelie
had been distracted in her lessons. Her mind was
filled with images of Danny. She heard nothing of what people told her, other
than his voice echoing within her. Why was Danny starting to have such an
effect on her?

Before she
had realized it, she had scribbled his name ‘Danny’ all over her textbooks and
her notebooks.

“
Adelie
Claire! What are you doing?”

She looked
up, nearly jumping in shock when she saw her Mathematics teacher, standing before
her with those bulging eyes. If looks could kill, she would have died there and
then.

“Very well.
Do the questions written on the board”

She nodded,
feeling stares on her. She went over to the board and began attempting the
questions. The thing about her was that she had been known as a prodigy. She could
easily solve all questions regardless of subjects, even though she had not
studied for them at all.

She had
got all the answers right. Her Mathematics teacher plastered a smile, and told her
to return to her seat.

She
slumped onto her seat and sat thinking about that mysterious boy…that boy who
had made her feel
that way
..

The rain
made a pitter-patter sound as it hit onto the rooftop. Heavy torrents of rain
had slashed the window panes, and the wind was howling.

Adelie
was drenched from head to toe. She had reported to
school early in the morning, was dismissed early and had been walking back
home, when there was a sudden heavy rain.

The
thunder boomed in the distance. She struggled to keep her pace. She was
terrified of the thunder. It was then when she caught sight of Jefferson
College. Hadn’t that been the school of which Danny came from?

Seeing a
shelter, she dashed into the school. She hoped that she could stay there until
the rain was over.

Was Danny
in school? It had always been him finding her at her house all along. She
decided to pay him a visit as well, to feed her curiosity about the mysterious
boy.

The rain
had drowned the raucous laughter in the classrooms filled with rowdy boys.
So many boys.
But no Danny in sight.
She had walked around the classrooms for two times and yet
still
no Danny. Had he been sick and was absent from school?