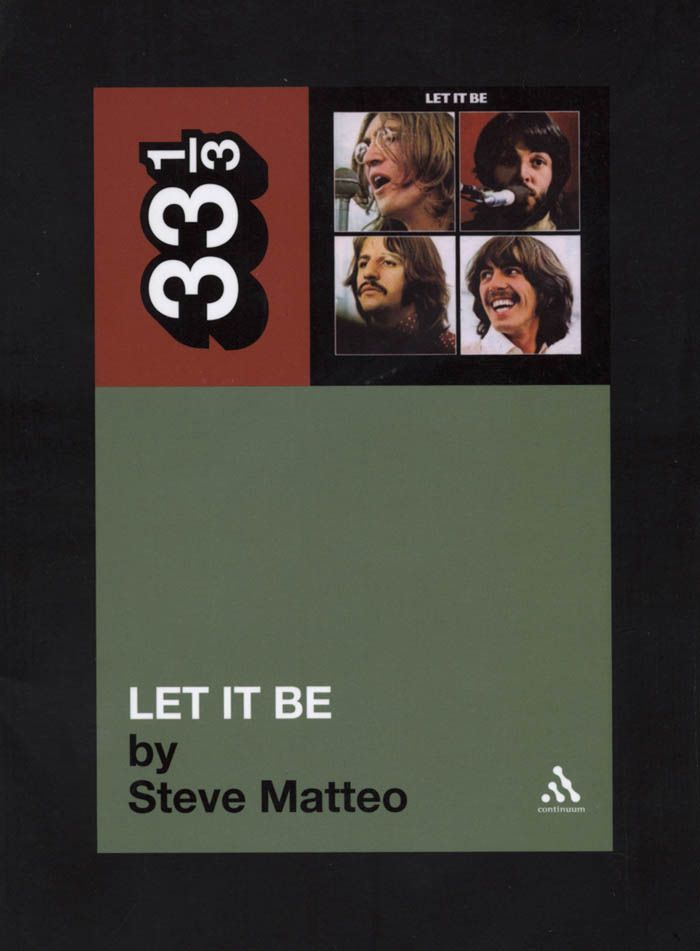 Praise for the series:

Each volume has a distinct, almost militantly personal take on a beloved long-player … the books that have resulted are like the albums themselves—filled with moments of shimmering beauty, forgivable flaws, and stubborn eccentricity—
Tracks Magazine

At their best, these books make rich, thought-provoking arguments for the song collections at hand—
The Philadelphia Inquirer

Praise for individual books in the series:

A long, scholarly, and convincing piece of nonfiction analyzing the myth of the American South—Nick Hornby,
The Believer

Great … the writing and approach matches the enduring complexity of its subject—Jon Savage,
Word

The Kinks Are The Village Green Preservation Society

This is the sort of focus that may make you want to buy a copy, or dig out your old one—
The Guardian

This detailed tome leads the reader through the often fraught construction of what is now regarded as Davies’s masterpiece—and, like the best books of its ilk, it makes the reader want to either reinvestigate the album or hear it for the first time—
Blender Magazine

Full of mordant wit and real heartache. A dead-on depiction of what it feels like when pop music articulates your pain with an elegance you could never hope to muster. ‘Meat is Murder’ does a brilliant job of capturing
how, in a world that doesn’t care, listening to your favorite album can save your life—
The Philadelphia Inquirer

Like his exquisite LPs, Pernice’s perceptive, poetic ear for unpicking the workings of troubled inner lives is exceptional—
Uncut

A slim, confessional novella equal to anything written by Nick Hornby—
Bandoppler

One can accept, reluctantly, Pernice’s apparently inexhaustible ability to knock out brilliant three-minute pop songs. But now it turns out that he can write fiction too, and so envy and bitterness become unavoidable—Nick Hornby,
The Believer

The Piper at the Gates of Dawn

Also available in this series

The Kinks Are The Village Green Preservation Society,

Dusty in Memphis,
by Warren Zanes

Meat Is Murder,
by Joe Pernice

The Piper at the Gates of Dawn,
by John Cavanagh

The Velvet Underground and Nico,
by Joe Harvard

Let It Be,
by Colin Meloy

Live at the Apollo,
by Douglas Wolk

Born in the USA,
by Geoff Himes

In the Aeroplane over the Sea,
by Kim Cooper

Kick out the Jams,
by Don McLeese

All rights reserved. No part of this book may be reproduced, stored in a retrieval system, or transmitted in any form or by any means, electronic, mechanical, photocopying, recording, or otherwise, without the written permission of the publishers.

Let it be / Steve Matteo.

One of the joys of this project has been interviewing the many people that worked with the Beatles. With deep affection and respect I would like to thank them. Peter Brown, Alistair Taylor, Denis O’Dell, and Peter Asher were kind enough to share their experiences with me on their time working at Apple.

I was fortunate to have a chance to talk to so many of the people who worked with the Beatles on their recordings at Abbey Road, Apple, and other recording studios. Among them were Richard Langham, Ken Scott, Jerry Boys, Richard Lush, John Henry Smith, Dave Harries, Keith Slaughter, and Malcolm Toft. Also, John Kurlander, an engineer at Abbey Road for 29 years, of which he served as chief engineer for the last 11, took time out from his work on the last installment of the
Lord of the Rings
films to talk to me at great length. Martin Benge, one-time engineer and former vice president
of EMI Studios, enthusiastically answered questions by e-mail from the world down under. In addition, Alan Parsons took a break from finishing an album to talk about one of the first major recording projects of his career at Apple during the recording of
Let It Be.

Three individuals who worked on the
Let It Be
film proved invaluable in providing insights into the Twickenham and Apple filming, the Beatles and the times. First, special thanks go to Michael Lindsay-Hogg for being so open about his time as the film’s director. Anthony Richmond regaled me with stories not only of his time as the director of cinematography on
Let It Be,
but also of his entire astonishing film career. Les Parrott, one of the cameramen on the film, provided some of the most vivid and detailed memories of the film shoot.

In addition, David Dalton, and Jonathan Cott shared their experiences with me on the writing of the “Get Back” booklet. Donovan, Klaus Voorman, and Jackie Lomax, musicians who were present during the Apple period, were also kind enough to answer my questions.

I am deeply indebted to Mark Lewisohn for answering my questions. His
The Beatles Recording Sessions
(or “the Bible,” as we refer to it around my house), not to mention his books,
The Complete Beatles Chronicles
and
The Beatles Day By Day,
are among the most indispensable books about the Beatles’ recordings. Bruce Spizer
also took time out to speak to me, and his books on the Beatles proved invaluable. Andy Babiuk, who makes the rest of us seem like lazy underachievers, somehow found time to talk to me. His
Beatles Gear
was the primary source for the sections of my book that mention which musical instruments the Beatles played during the making of
Let It Be.
Alan Kozinn, the
New York Times’
Beatles expert, graciously answered many related and non-related questions. Scott Rabb of
Esquire
magazine was kind enough to talk to me about his time spent with Phil Spector. Scott “Belmo” Belmer was one of the first people I talked to about this project, and his books on the Beatles’ bootlegs are fun and informative.

Research on the bootlegs that were discovered in 2003 and on Phil Spector’s involvement as a suspect in the Lana Clarkson murder case was aided by a myriad of press reports from around the world.