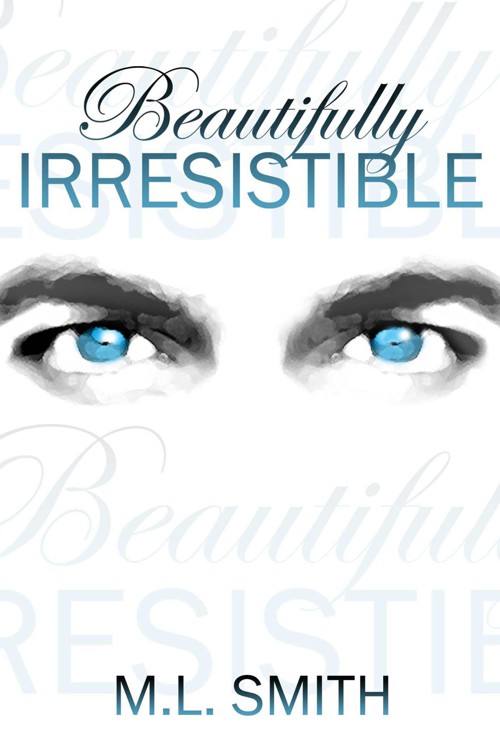 On behalf of M.L. Smith

M.L. Smith asserts the moral right to be identified as the author of this work.

All characters appearing in this work are fictitious.

Any resemblance to real persons, living or dead, is purely coincidental.

“Come on! Give me a break!” I shouted as the amber traffic light I was hurtling towards at speed abruptly changed to red.

Checking my watch, I realised I was cutting it really fine to get to my shift at Annie’s Bar on time. Throwing caution to the wind, I recklessly pulled into a bus lane. Coming to a screeching stop, I abandoned my car outside the back door of the bar.

I crashed straight into Martin as I burst through the staff entrance. He caught me in his embrace and held me close to his hard toned body. His tattooed arm wrapped tightly around me. My younger boss eyed me with his usual blatantly sexual leer.

He nuzzled his face in my hair before kissing my forehead.

“Good thanks, Martin. Will you ever give up?” I sighed.

“No! One day you will succumb to my many charms and we will sleep together. It will be so spectacular. You will beg me for more, beautiful!”

“Me and Lindsay,” he replied staring longingly at my chest.

Quickly stashing my keys and bag in a locker, I checked my appearance in the mirror. I really hated the red extremely low-cut top that was laughingly called a uniform.

With my breasts it was bordering on pornographic.

I took a deep breath and pushed open the door into the bar. Lindsay, a statuesque blonde, was busy at the far end of the bar so I took the opposite end. The early evening customers fresh from work poured in and we were rushed off our feet.

Bending over to restock the bottled lagers, I could feel my thong sticking out of the top of my skinny black jeans. I quickly yanked my t-shirt down. Suddenly I became aware of a heated gaze at my back.

“Wow! Nice view! Excuse me, please could I open a tab?”

The deep sexy Southern American voice washed over my ears like hot melted chocolate combined with dirty sex. I didn’t approve of the comment but a shiver passed down my spine. My heart pounded heavily as heat rose to my cheeks.

“Sure, yes, I just need a credit card,” I quickly replied.

I straightened up and turned around to face the customer.

The voice belonged to the hottest man I had ever seen. He looked late twenties, or early thirties. The sex god was extremely tall with thick blond hair. His frame was lean and not too bulky. The face I stared open-mouthed into was devastatingly handsome with beautiful cheekbones, but his eyes, my god, his eyes, they were simply breath-taking.

They shone in the subdued light like gorgeous, sparkling, shimmering sapphires.

Taking a deep breath, I steadied myself for a moment on the bar as I took in his stunning appearance. He was obviously a businessman of some considerable wealth. His impeccable grey suit was designer and he wore a gorgeous watch.

I noted that his tie was the exact same shade as his eyes.

His eyes bored into me before they swept from my face to my feet. Out of the corner of my eye I saw Lindsay checking him out. She swore as she dropped a glass on the floor. I vaguely registered the loud noise as it penetrated my lust-fuelled brain.

My mouth went dry as I felt a flush of desire flare up like a lightning bolt. As if he could read my mind, his mouth twitched into a wicked smile that reached his stunning eyes.

“Right, if I could just take your credit card for authorisation we will be all done,” I said shakily.

He reached into his suit pocket and took out his card. Our hands briefly brushed together as he passed it to me. It was like an electric shock. The air fizzled with intense chemistry. I had never experienced anything like it. He gave me a dazzling smile revealing perfect white teeth. I swallowed noisily as he raked a hand through his hair. His long elegant fingers scratched his stubble absently as I stared at the world’s sexiest dimple on his chin.

“There you go, Jennifer, or do you prefer Jenny?” he said smoothly as he read my name badge.

Those stunning eyes came to rest on my breasts. They felt heavy and tight as he leisurely perused them.

“Either, I don’t really mind, Mr Cole,” I replied, quickly glancing at the card.

“It’s Zachary or Zack, I don’t really mind either, Jennifer,” he whispered huskily.

Zachary Cole. Now that was one seriously hot name!

I quickly ran his card through the machine and passed it back over to him. That’s when I noticed his wedding ring. I sighed heavily as my heart plummeted.

“Right, what can I get you?” I asked him, sounding calmer than I felt inside.

“I take everything I do very seriously, Jennifer,” he whispered, leaning forward so I could feel his breath on my neck.

His gorgeous eyes flashed dangerously. He didn’t look away.

Jesus! I was so screwed!

I turned around and busied myself with the drinks. I could feel his eyes on every part of my tense body.

Putting the drinks on a tray, I pushed them over to him. Again our skin made contact. He smirked knowingly as he gently caressed the back of my hand. My cheeks flushed and my pulse raced.

“Thanks, Jennifer,” he said before turning around and heading back to join his friends.

Lindsay practically ran over to me from the other end of the busy bar.

“Oh! My god! How hot is he? He is without a doubt the most beautiful male specimen of perfection to ever grace Annie’s bar!” she said, fanning her face with a tea towel.

“I know! I have never seen him before. I would definitely have remembered, girlfriend!” I giggled, looking over at him.

Just at that moment, he turned around and our eyes locked. His gaze was searing, intense, dominant and blatantly sexual.

“Well, he seems pretty taken with you, Jen! Lucky you!” she whispered before she moved to the other end of the bar to serve someone.

I reluctantly looked away from him and busied myself. The group he was with were really letting rip and spending some serious money. Each time they needed a round, he was the one that ordered it.

I could feel his presence at the bar before he spoke. A delicious shiver ran through me and a dull ache throbbed between my legs. I dreamily pictured us together.

“Another round please, Jennifer,” his deep, feral, sexy as hell voice requested.

“What would you like this time?” I replied breathlessly, trying my hardest not to fall headlong into those beautiful mesmerising liquid pools of bright blue.

“Why don’t you surprise me, brown eyes?” he teased, running his tongue around his full lush lips.

My eyes darted to his mouth as I wondered what it would feel like all over my body. I gasped loudly as my desire threatened to explode any second. A small smile played across his lips.

“Well, blue eyes, I invented a cocktail called ‘J.B’s Magic’ but I couldn’t possibly tell you the ingredients as I would have to kill you and that would go against my nature as a lover,” I whispered, turning up the flirting to a dangerous new level.

A slow track came on in the packed bar – At Last by Etta James. His eyes met mine and I saw the raw wanting in them, the lust and desire. They must have mirrored my own. He moved in even closer to me, our faces nearly touching. His beautiful eyes stared longingly at my mouth.

“We wouldn’t want that now, would we? Line them up, Jenny!”

“I will bring them over for you, Mr Cole.”

He turned back around to rejoin his friends as I sagged against the bar for support. Quickly preparing the cocktails, I loaded them onto a tray. I put extra umbrellas and brightly coloured cocktail sticks into one of them. Impulsively, I lit a sparkler, pushing it into the dark coloured liquid. Smoothly exiting the bar area, I headed over to his large group.

I lay down napkins in front of each of the smartly dressed businessmen and deposited the drinks on top. All eyes were on me. Whilst I moved around, I silently willed my mischievous breasts to behave themselves.

Inés y la alegría by Almudena Grandes
CURSED - CHOSEN FEW MC ROMANCE: BOOK ONE by Connor, Nessa
Harvest by Tess Gerritsen
The Invention of Fire by Holsinger, Bruce
A Government of Wolves: The Emerging American Police State by Whitehead, John W.
Smooch & Rose by Samantha Wheeler
Indian Summer by Elizabeth Darrell
A Night of Dragon Wings by Daniel Arenson
The Heart of a Hero by Janet Chapman
The Lady Gambles by Carole Mortimer
Our partner