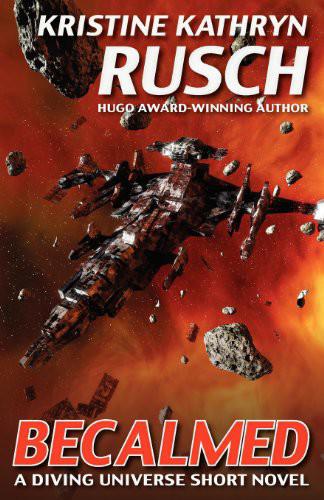 Mae, chief linguist on the Ivoire, heads a diplomatic mission to Ukhanda. Her handling of relations with the Quurzod lead to a battle that causes the Ivoire’s anacapa drive to malfunction, stranding the ship in foldspace. Mae can’t remember what she did wrong on the mission: all she knows is that she’s one of the few survivors. If she doesn’t recall it, she won’t be able to prevent another disaster when the Ivoire escapes foldspace. If the Ivoire escapes foldspace. Because what no one talks about—and everyone fears—is that the Ivoire is becalmed…forever. One of the untold stories in Kristine Kathryn Rusch’s award-winning “Diving” universe, “Becalmed” stands alone—yet answers questions long-time readers might have about the history of the Fleet.

International bestselling writer Kristine Kathryn Rusch has won two Hugo awards, a World Fantasy Award, and six Asimov’s Readers Choice Awards. Her latest novels are Anniversary Day from WMG Publishing and Boneyards from Pyr. For more information about her work, please go to kristinekathrynrusch.com. For more information about the Diving universe, to which this story belongs, go to divingintothewreck.com. 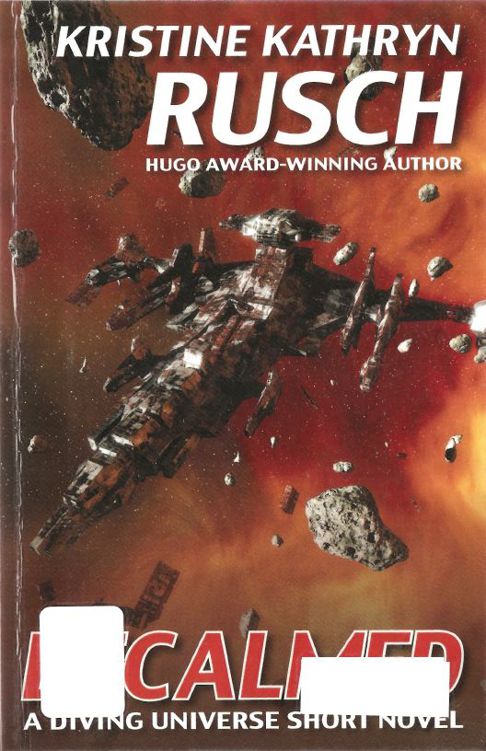 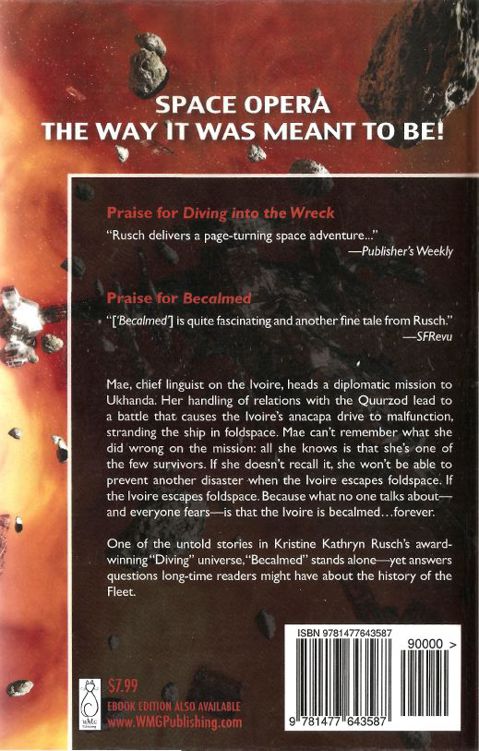 ere’s
what they tell you when you want to leave the
Fleet:

Stay behind. Don’t get back on
the ship, not even to retrieve your things. Have someone bring the important
items to you.

Check to see if any of your
friends or any members of your family want to leave as well. Don’t force them.
For most of us, the ship is and has always been home. Life on a planet—any
planet—is different. Very different. So different that some can’t handle it,
even if they think they can.

Don’t go to a base. Don’t ask to
be dropped off. Stay. Create a new life with the grateful people you’ve
saved/helped/rescued.

They do this because they used to
forbid us from leaving. We were of the ship, they’d say. We were part of the
Fleet. We were specially chosen, specially bred.

We were, they said, able to
overcome anything.

But that wasn’t true. Even with
ships built for five hundred people, there is no room for one slowly devolving
intellect, one emotionally unstable but highly trained individual.

No room for the crazy, the sick,
or the absolutely terrified.

The key, however, is finding that
person. Figuring out who she is.

And what to do about her.

It
had been a slaughter. Twenty-seven of us, and only three survived.

I am one of the survivors.

And that is all I know.

I sit on the window seat in my
living area, staring out the portal. I had asked, back when I got promoted the
very first time, to have an apartment on the outer edges of the ship. I’d been
told apartments that brushed against the exterior were dangerous, that if the
ship sustained serious damage I could lose everything.

But I like looking out the
portal—a real portal, not a wall screen, not some kind of entertainment—at
space as it is at this moment.

But I do not look into space.

Instead, I have activated a small
section of my wall screen. I read and reread the regulations. I translate them
into different languages. I have the ship’s computer recite them to me. I have
the children’s school programs explain them.

The upshot is the same:

I should leave. I should never
have come back to the ship. That was my mistake.

Theirs was to keep me and not ask
me to remain planetside.

These errors make me nervous.
They make me wonder what will happen next, and that is unusual. The ship
thrives on structure. Structure comes from following a schedule, following the
rules, following long-established traditions.

Tradition dictates an
announcement to the entire crew at the beginning and end of each mission: the
always familiar, easily quotable regulations about disembarking at the next
stop, about leaving if you can no longer perform your duties.

We should have gotten that
announcement as soon as the
anacapa
drive delivered us to this fold in
space. We have been here too long.

Even I know that.

Each ship in the Fleet has an
anacapa
drive. The drive works also works as a cloak, although my former husband
objects to that term. If the
Ivoire
is under attack, the captain
activates the
anacapa
drive, which moves us into foldspace. We stay in
foldspace only a moment, then return to our original position seconds or hours
later, depending on the manner in which the navigators programmed the
anacapa.
Sometimes, in a battle, seconds are all you need. The enemy ship moves; we
do not. We vanish for a moment. Then we reappear, behind them.

Or we don’t reappear for hours,
and they think us long gone.

Either way, we are only in
foldspace for a moment.

We have been in this foldspace
for days.

I bring my feet onto the window
seat, press my thighs against my breasts, and rest my head on my knees.

No one will tell me anything. I
am shaky and emotional, unable to remember. Unable to think clearly about
anything.

And for a woman who has spent her
entire life thinking, this change terrifies me most of all.

After
four Ship Days, they open my apartment door.

They don’t knock. They override
the locks—locks I’ve programmed in my paranoia.

How many people have I sent to
them over the years? How smug have I felt when the medics in the gold uniforms
take troublesome workers from my linguistic unit?

Now they’ve come for me—four Ship
Days after we entered this foldspace, ten Ship Days after I was medivacked from
our makeshift headquarters on Ukhanda, nine Ship Days after they asked what the
Quurzod had done and I answered, “To my knowledge, nothing at all.”

Which is terrifyingly incomplete.

Two men and a woman stand in my
doorway. I don’t recognize any of them. Clearly, they were never on the teams
that took workers from my section.

The woman is the spokesman. She
introduces herself. The name washes over me even though I try to catch it, hang
onto it, remember it.

Instead, she says, “You are about
to undergo a battery of psychological tests. Some will prove exceedingly
difficult and/or uncomfortable. Some are designed to retrieve memories you—or
something around you—have blocked. These tests will provide us with the truth
as you understand it. They will also show if you still retain what is commonly
known of as your sanity. Do you understand?”

Oh, I understand. I should be
relieved by this, but I am not. I swallow uncontrollably. I am shaking.

Just charge me and be done with
it.

Take me back to Ukhanda and leave
me there, like you were supposed to.

Forget I even exist.

“Do you understand?” she asks
again.

One of the men stares at me, as
if he’s trying to figure out whether or not I can speak. I can speak in fifteen
languages, and twenty-three different dialects. I can understand sixty
languages, albeit some imperfectly.

I can speak. And I do understand.
I just don’t want to admit it.

“Yes,” I say, thinking that will
end her spiel.

“You will want an advocate,” she
says. “That can be a friend, a family member, or a professional. We can provide
you with a list of professional advocates or you can contact one on your own.”

I dry swallow again. An advocate?
I’d heard this in legal matters, but not in psychological ones.