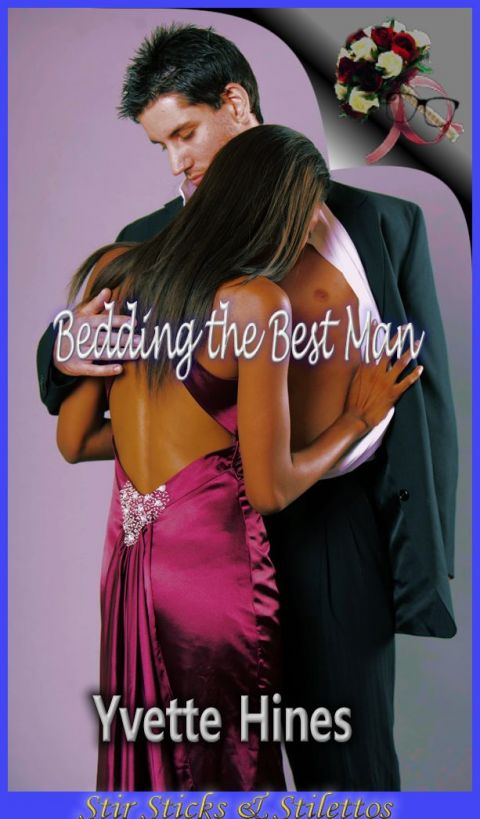 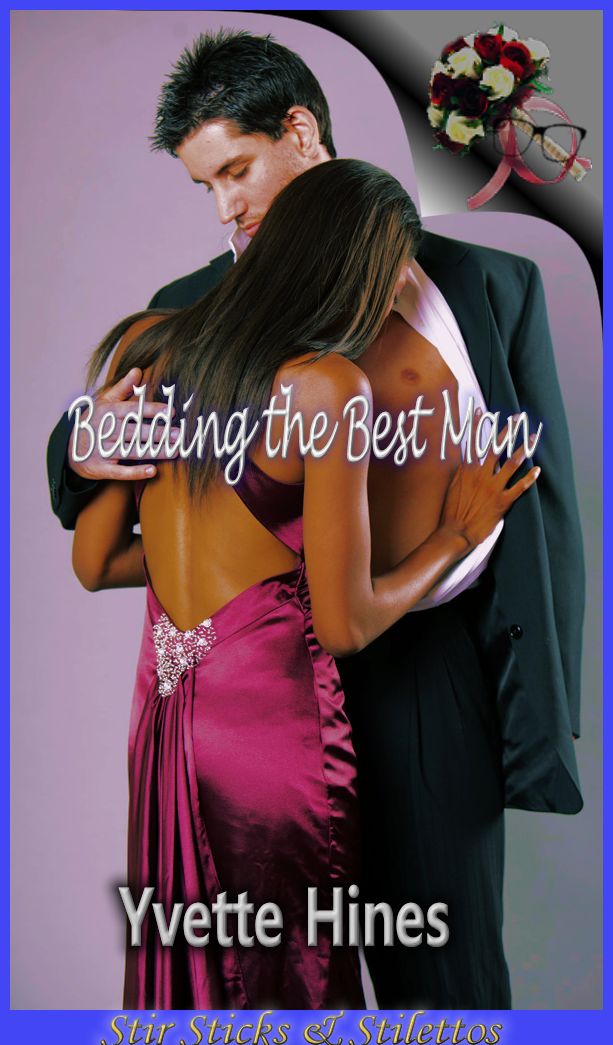 This is a work of fiction. Names,
characters, places, and incidents are products of the author’s
imagination or are used fictitiously and are not to be construed as
real. Any resemblance to actual events, locales, organizations, or
persons, living or dead, is entirely coincidental.

All rights reserved. The unauthorized
reproduction or distribution of this copyrighted work is illegal.
No part of this book may be used or reproduced electronically or in
print without written permission by the author.

This ebook is licensed for your personal
enjoyment only. This ebook may not be re-sold or given away to
other people. If you would like to share this book with another
person, please purchase an additional copy for each reader. If
you’re reading this book and did not purchase it, or it was not
purchased for your use only, then please return to eStore and
purchase your own copy. Thank you for respecting the hard work of
this author.

All’s fair in love and war…

“
Kamari, how handsome is
Travis in that tux?”

“
I don’t know, Aunt Renee,
how handsome is he?” I didn’t even look in the direction my aunt
indicated. Travis Huffman, my older brother’s best man, a.k.a his
best friend, had been a thorn in my side since middle school. I had
my eyes set on Patrick Rockell. A sexy doctor and groomsman number
three.

I had begged my new sister in-law, Faith, to
pair Patrick and I together down the aisle. I was all about the man
getting a reality check of how good we would look going down the
aisle side by side—as man and wife.

Since Ronnie and Faith were now married, I
was the last one in my family unmarried—single. At twenty-seven, I
was already hearing comments at every family get together about my
status. Being the youngest of six had its perks, but it also had
drawbacks. I was considered the spoiled one of my family, the wild
child without direction, and rightfully so. I knew I’d earned my
titles through high school and my first couple years of college.
However, an arrest for playing a silly prank when I was twenty was
a wake-up call. Especially when my father refused to bail me out
until morning. Even after the cops told the parents none of the
students would be charged for the streaking as long as our parents
picked us up.

So, I learned to straighten myself ass out.
Seeing the disappointed look in my father’s eye wasn’t worth it. My
career as a product analyst was on track and I just needed the last
piece, a family. Patrick was the start.

Even now, he was standing across the room
talking with a group of fraternity brothers and giving me the eye.
I knew he was talking about me because I occasionally noticed a few
of the other men glancing in my direction—trying not to be
obvious.

Oh, I could have this in the bag
tonight.

Smiling to myself, I knew there was one last
trick up my sleeve to secure this catch.

“
Ow.” I turned to my aunt,
who had just given me a pop on the arm like I was a child instead
of a grown woman. “What was that for?”

“
Kamari Jenson. You’re not
listening to a word I’m saying.” Placing her hand on her hip, she
gave me an evil eye like only older women in a family can
effectively pull off.

Gritting my teeth, I swallowed down the
retort I wanted to give her. Aunt Renee was my mother’s older
sister. She was bossy, nosey and always had to get her way.

“
Now that you’ve bruised
me, you have my full attention.” I rubbed my arm, still stinging.
Curse Faith for going for the sleeveless gowns. I couldn’t stay
angry for long with my brother’s new wife because I did look
good.

“
Could you just look at
Travis, please. And stop ogling Mr. Nothing.”

“
He’s eyeing me, too.
Besides he’s a
doctor
.” I reminded her. Hell, what woman didn’t want to land a
doctor.

I shook my head and allowed myself the
pleasure of an eye roll.

“
Now, Travis. He owns his
own company.”

“
Yeah, some kind of
programming or software business. I don’t know…that just screams
geek.” Travis was smart, very smart. I really didn’t hold that
against him much. He’d helped me not only pass calculus in high
school, but when I was struggling in college, at the risk of my GPA
dropping, my brother had orchestrated Travis’ help. Travis had
showed up and spent spring break of his senior year tutoring me,
again.

“
But still a man running
things.” My aunt surmised.

Huffman Cloud Programming was the name of
his company. I knew he was one of the early developers of cloud
systems. I was familiar with the fact that his company ran clouds
in multiple tenant environments, even managed the one my employers
used. However, I kept what I knew about Travis to myself. Ronnie
went on frequently about his best friend’s successful business, so
much that at times I wanted to scream.

Knowing my aunt would not let it go if I
didn’t give Travis a moment of my time, I turned and said, “Okay,
Auntie, where is he?”

Smiling, she pointed across the room. “Over
by the punch bowl talking to Howard.”

Of course, Travis wouldn’t be hanging out
with the frat men, because unlike Ronnie and Patrick, Travis hadn’t
pledged. “Figures, he’s talking to dad. Bet they’re going on and on
about business and network systems. Notice, no one else is around
them. He’s boring, Aunt Renee. Is that what you want for me?”

Looking up at me, from her five-four
stature, my aunt gave me a small smile. “No, sweetheart, I just
want you to be happy. A man who is grinning in the face of every
woman at the wedding reception is going to be nothing but your
heartbreak.”

Not if I keep him
satisfied.
“Not with the right woman.
Which I am.”

“
Yes, you are. However, he
is
not
the right
man for you. Let Serita have him.”

“
Serita?” She was my first
cousin; my mother’s brother’s daughter. We had gone to college
together and had been fighting over men since Ken Barbie. The salon
owner had already been married once and divorced two years later.
She had her chance. “Why aren’t you talking to her about
Travis?”

“
They wouldn’t fit. We all
know Serita isn’t ready to settle down,
again
. She likes keeping a string of
men. Patrick and she would do well, if they haven’t already
done
it
.”

I covered my laugh with my hand, trying not
to draw attention to my loose-tongued aunt. “Oh, Auntie. The things
you say.”

Holding my stomach, I took a few breaths to
calm myself and glanced back at Travis. I had to admit that Travis
had changed since college. His physique was noteworthy in the
tuxedo. He had always been tall, but the skinny boy with shoulders
that looked like a coat hanger beneath his shirts now was broad
shouldered and filling out the suit nicely. He’d had a head full of
unruly curls even in college, but his coal black hair was now
shorter and tapered.

My father must have said something humorous
because Travis tossed his head back and laughed. The smile showed
off perfect white teeth. I remembered he was still sporting braces
during that spring break, which he hadn’t even gotten until college
sometime.

As if feeling someone staring at him, Travis
turned his head and looked directly at me as he listened to my
father. My heart leaped.

What the hell was that?

Even from the other side of the room I could
feel the intensity coming from his eyes as he looked at me.

Feeling flustered I looked
away. I didn’t want him to
think
I was checking him out, even though I was.
Only because your aunt demanded you do it,
Kamari.

“
Okay, I looked. Done.
He’s passable,” I mumbled, still feeling a little out of
sorts.

My aunt pursed her lips, as if she were
disappointed in my assessment. “Really, Mari, sometimes I think I
should have Dr. Rockell check your vision.”

“
Did someone call my
name?”

I turned and discovered mister hottie doctor
standing behind us. “Patrick.”

Aunt Renee had both hands on her hips now as
she began, “Nobo—”

“
Are you enjoying the
wedding reception?” I spoke over my Aunt Renee. When she didn’t
care for someone, my aunt had no problem telling them. I wasn’t
going to have her ruining my chances with Patrick.

“
It’s great. You know what
they say ‘you been to one wedding, you’ve been to them all’.” His
grin was tilted to one side, and seemed a little cocky to
me.

Self-assured, Kamari. There’s nothing wrong
with a man who knows he looks good.

His comment about weddings didn’t sit well
with me either, but I pushed it away; most men didn’t find weddings
romantic.

“
Can we help you with
something?” Aunt Renee asked.

“
I was hoping that Kamari
would dance with me. I love this song.” He nudged his head in the
direction of the dance floor where a lot of people were moving to
the new release of a popular female rap artist.

I hated the song and I wasn’t one for rap
music, but I didn’t want the doctor to think I was
lame--unexciting.

“
Absolutely.” I gave my
aunt a kiss on the cheek and left with him.

Moving alongside me, he led us into the
crowd of dancers. I kept my moves sexy but tamed, I was on a dance
team in college and I knew how to work the floor, but with all of
my family around, I wasn’t going to embarrass them, or myself.

Patrick had moves, too. I enjoyed dancing
with him.

When the song ended, the wedding coordinator
was at the microphone announcing it was toasting time.

We cleared the dance floor with everyone
else.

“
Thanks for the dance.” I
gave him my best smile, hoping he was getting the message that I
was interested in him.

“
My pleasure.” He winked
at me. One of his frat brothers called out to him and he excused
himself.

I wasn’t concerned, there were plenty more
dances tonight. I hoped our next one would be a slow song.

Moving to the head table, I took my seat
between the bride’s cousin and her little sister, whom I’d had a
chance to get to know during the week leading up to the
wedding.

The coordinator called Sara, the maid of
honor, to the stage. I took the glass of champagne the waiter held
out to me as I listened to her talk about being there when Faith
and my brother first met. The woman was funny in her speech and had
everyone laughing.

When Sara was finished, we all raised our
glasses and toasted the couple. I drank some of the expensive
bubbly.

Ladies Listen Up by Darren Coleman
She's Not There by Madison, Marla
The Matarese Countdown by Robert Ludlum
For Love of a Cowboy by Yvonne Lindsay - For Love of a Cowboy
The Italian Billionaire's Secretary Mistress by Sharon Kendrick
Notwithstanding by Louis de Bernières
Tears Of The Giraffe by Smith, Alexander Mccall
In Search of Grace by Kelly Ilebode
The Shadows Trilogy (Box Set: Edge of Shadows, Shadows Deep, Veiled Shadows) by Cege Smith
Resisting Roots (Lotus House Book 1) by Audrey Carlan
Our partner