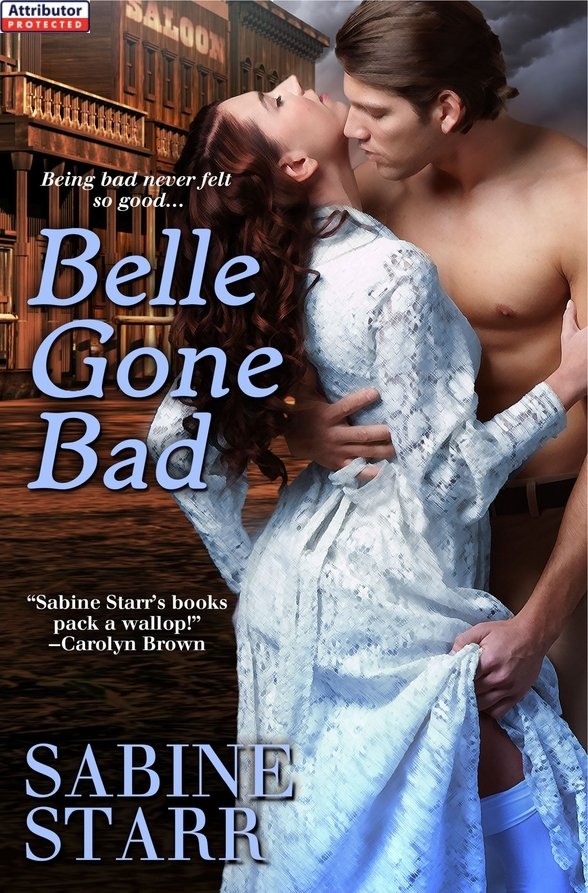 The Bounty Hunter and the Rogue
“Please understand that I have the greatest respect and admiration for women.”
“And that explains your so-called art?” she asked skeptically.
“Yes, it does. There's nothing more beautiful and precious and worth preserving than the face and form of a woman.”
“And sharing it?”
He gave her a sidelong glance with his gray eyes the color of storm clouds, and then he smiled like a naughty boy caught with his hand in the cookie jar. “It'd be a crying shame not to share so much beauty.”
And like a flash of lightning, she understood him.
Rogue
. She'd met his type before, although not nearly so smooth or talented. He was a handsome, silver-tongued devil who'd probably talked the most straightlaced ladies out of their unmentionables . . .
Also by SABINE STARR
Lady Gone Bad
Angel Gone Bad
Bride Gone Bad
Belle Gone Bad
S
ABINE
S
TARR

The Law and Miss Mary by Dorothy Clark
The Secret Doctor by Joanna Neil
Sloe Ride by Rhys Ford
The Devil's Own Chloe (Bistro La Bohème Series) by Alix Nichols
Unfaded Glory by Sara Arden
The Rogue's Surrender (The Nelson's Tea Series Book 3) by Katherine Bone
Trumpet on the Land by Terry C. Johnston
Bastial Steel by B. T. Narro
Iron Inheritance by G. R. Fillinger
The Duke's Undoing (Three Rogues and Their Ladies) by Vandagriff, G.G.
Our partner