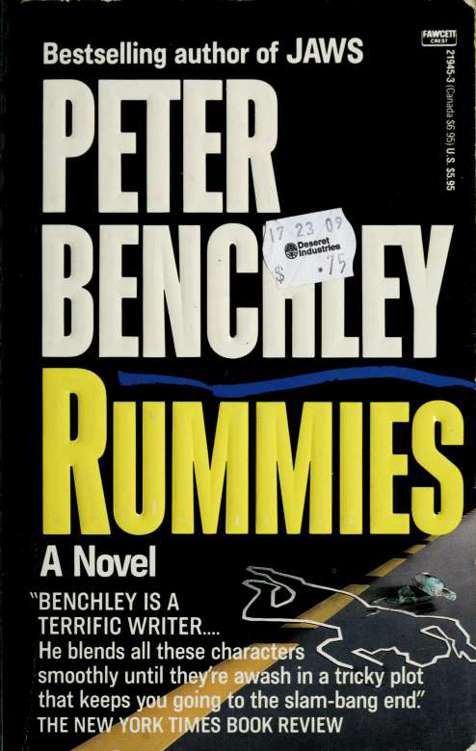 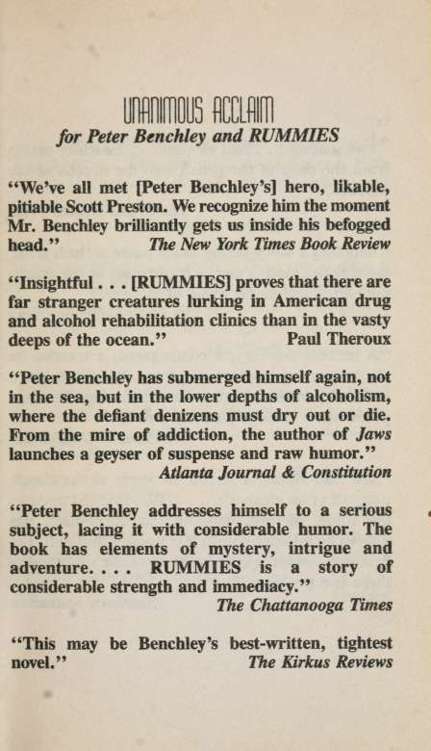 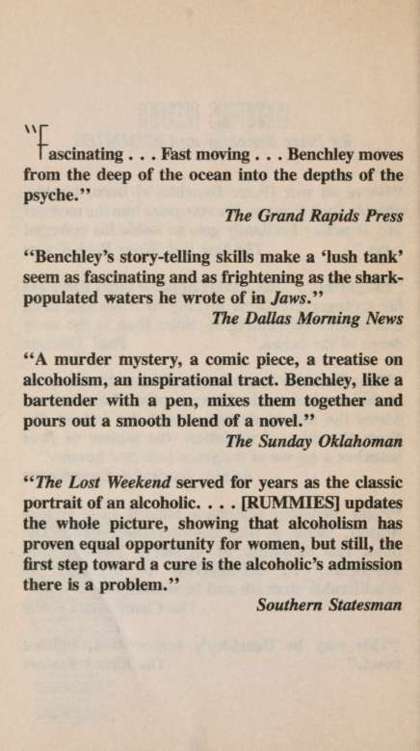 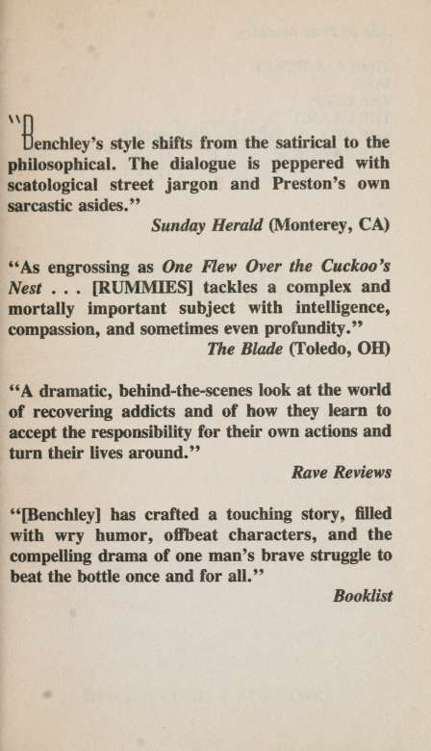 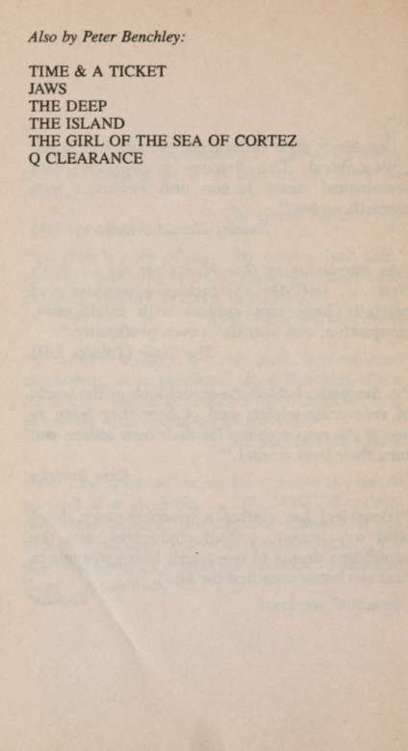 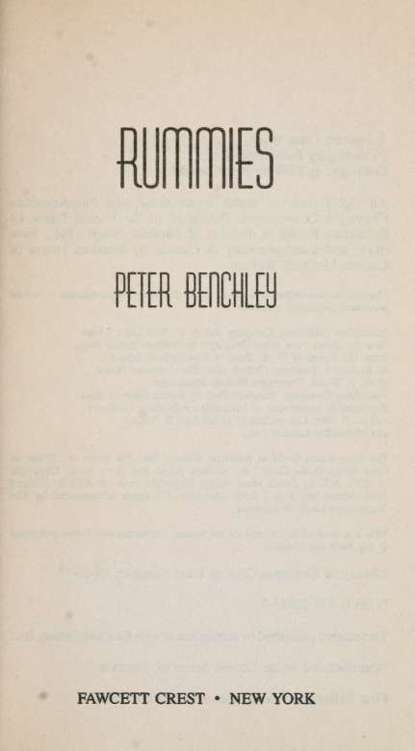 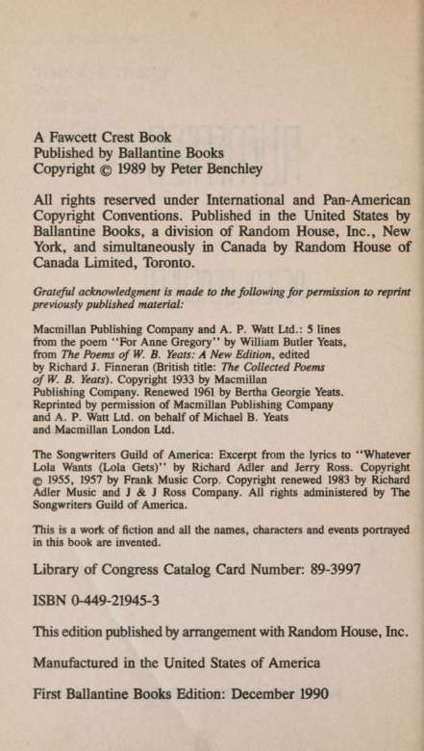 All envy would be extinguished if it were
universally known that there are none to be envied, and surely none can be much
envied who are not pleased with themselves. . . . Such is our desire of
abstraction from ourselves, that very few are satisfied with the quantity of
stupefaction which the needs of the body force upon the mind. Alexander himself
added intemperance to sleep, and solaced with the fumes of wine the sovereignty
of the world. And almost every man has some art, by which he steals his
thoughts away from his present state.

It must be a metabolic thing, this sweating.
Like some people gain weight on a diet of arugula and Yoplait while others
gobble nesselrode pie and creme fraiche and look like Twiggy. He wasn't fat,
didn't overdose B vitamins. It had to be metabolic. Because on a day like this,
here on the yuppie version of the Murmansk Run, nobody else was sweating. The
March wind slashed across the Jersey Meadowlands, churning chemical whitecaps
on the marsh scum. Smears of acid ice streaked the windows of the New Jersey
Transit train car, inside which the air-conditioning blasted away with perverse
efficiency. Captains of industry were huddled in their Tripler overcoats,
turning the pages of the Times with fleece-swaddled fingers.

And Scott Preston sat there, in nothing but a
lightweight suit, sweating.

He was having trouble concentrating on the
Times. He read one paragraph, and by the time he had started on the second, he
had forgotten what the first one said. So he turned to the crossword puzzle:
nothing to remember, all there in one glance. But today was a Friday, usually
the hardest puzzle of the week, and the first two clues he saw were “Babylonian
stringed instrument" and “Hebrew pastry." He dropped the paper under
the seat and stared out the window, wiping beads of sweat off his upper lip
with the back of his hand.

The train slowed, stuttered and sighed to a
stop. In the middle of nowhere. He didn’t like it when this happened, didn't
like being trapped in a steel tube on a frozen desert. He looked to the door at
the end of the car, expecting to see the conductor burst through, maybe wearing
a gas mask, shouting something like "It's gonna blow!" None of the
other passengers even glanced up from their papers. Sheep, all sheep,
conditioned to mindless resignation by years of debasing routine.

Not
Preston
. He
was getting out of here.

No! Stop it! Nothing 's wrong. Take a deep
breath.

He gripped the back of the seat in front of
him. His palms were slimy.

Count one tiny blessing: No one was sitting
next to him. He couldn't stand being crowded, especially by strangers,
especially in emergencies like this.

So of course just then some sonofabitch had to
sit down next to him.
Preston
felt him rather than saw him, for
Preston
had his face pressed to the window.

“It's like an oven back there," said the
intruder. *'This railroad's got two classes of service: bake and freeze."

Damn! He recognized the voice. Of all the four
billion people on the planet Earth, all the mutes and Lithuanians, bail-jumpers
and illegal aliens—people who would not conceive of engaging
Preston
in idle chatter—the guy who took this last
seat in this frigid coffin had to be someone he knew. Not only knew but worked
with! Just his luck. He had sensed it since the first blades of light had
pierced his eyelids this morning: Today would not be a good day. If his
atavistic sensibilities had been more finely tuned, he would have read the
omens, chucked his spear into the dirt and turned back into his cave to await
more favorable signs.

He hunched his shoulders and ducked his head,
pretending to count dirt balls on the windowsill.

With a phony yawn and an elaborate stretch,
Preston
turned away from the window. “Oh, hi,
Dave."

“I thought you always took the
seven-fifty."

“I had root canal. I think my dentist was the
guy in
Marathon
Man.
'' Dave Diamond slapped his Times on his lap, folded it open to the
advertising section. ''We can split a cab."

The train jolted, lurched a couple of times
and gathered speed.
Preston
wiped his hands on his trousers, squeezed
droplets of sweat out of his eyebrows and forced his mind to focus on devising
a plausible reason for not sharing a cab to the office.

Sharing a cab was a commitment, and he was not
ready to make a commitment. Not today. Today was going to be a day to get
through, to survive. All bets were off, all promises on hold. It was weird how
days like this crept up on him without warning. He had been having more and
more of them lately.

But he could deal with them. The tools were at
hand. Or they would be. He smiled as the train plunged into the darkness of the
tunnel.

He felt better already, now that the decision
had been made.

When they reached the top of the stairs in the
main concourse of Penn Station, Diamond pointed to the
Eighth Avenue
exit.
Preston
shook his head: no.

Affecting a stricken look,
Preston
said, “I have to stop at the John."

“No, don't." He clutched his stomach. “Something
tells me this'll be a long one. I'll catch you later."

“No sweat. I wait five minutes, I still save
time taking a cab."

'”No!" Panic. He hadn't thought it
through. “I could be an hour. Two hours."
Preston
reached for his wallet, pressed a few
dollar bills into Diamond's hand. “Here. My share." He scurried away
before Diamond could think up some other stupid argument. He didn't look back
but imagined Diamond standing there, bewildered, as if thinking: This isn't
right, this isn't the way things go.

Screw him.
Preston
didn't owe him an explanation. Some people
think that because they suggest something that on the surface makes sense, like
sharing a cab, if you don't go along with it there's got to be something wrong
with you and they have a right to know what it is. Well, they don't. Everybody
has their own imperatives, and they handle them in their own ways, and

Preston
wasn't about to tell him what was going on beneath his surface. The man
wouldn't understand. People always think they'd understand, but they never do.
Sometimes they pretend to, but they don't really. Because they can't.

About fifty yards down the concourse,
Preston
did turn back, to make sure Diamond wasn't
following him. Not that he should be, but it never hurt to be careful. He could
see Diamond riding the escalator up to
Eighth Avenue
.

The restaurant at the end of the concourse was
opening up. A waitress was swabbing tables, the bartender slicing lemon peels
into a bowl.

Preston
walked back to the far end of the bar and sat on a stool in the shadows. He
sighed. Almost home.

The bartender did not look up, just kept
slicing his lemon.
Preston
's mouth was dry, his palms sweating again,
but he said nothing. Don't be impatient. Be casual.

The bartender sliced the last scintilla of
peel off the lemon and dropped the bald white ball into the steel sink.

Now he would turn to take
Preston
's order.
Preston
forced a smile, started to speak.

The bartender picked up another lemon and
started to flay it.

Preston
's
smile froze. Jesus Christ! What does he want? An engraved invitation?

He cleared his throat.

The bartender ignored him.

“What for?” the bartender said without missing
a slice.

Now
Preston
knew. The man was a sadist. The cardboard landscape of this man's day was
brightened by inflicting pain on strangers. The kind of man whose car sported a
bumper sticker reading, “Hire the handicapped. They're fun to watch."

Preston
didn't need this. Not today. He'd take his trade elsewhere. He looked at his
watch.
Nine forty-five
. No time to seek out another oasis.

He slid off the stool, walked down the bar and
stood before the bartender, who, head bent to his sacred lemons, presented to
Preston
a tonsure in the center of which a scaly
substance was thriving. A molting snake.

"I have just had root-canal work,"
he said as calmly as he could through a throat whose tendons were as tight as
violin strings. “I am in agony. May I please have a double vodka on the
rocks?"

“Please." He returned to his stool in the
shadows.

The waitress ambled by and placed an ashtray
before him, letting her gaze linger on him for a second. A bony, angular woman
whose canine teeth were missing, she looked fifty and was probably thirty.

Preston
touched his cheek and said, 'Talk about pain.''

The bartender set the drink before him and
took the twenty
Preston
had tucked under the ashtray. He retreated
to his station, where the waitress stood smoking a cigarette.
Preston
noticed that they were both smiling and
stealing glances at him, and for a moment he wondered why.

Then he reached for his glass.

The glass was full, brimful, a few molecules
from overflowing, the liquid contained only by surface tension. And
Preston
's hand—as he approached the safe harbor of
relief from this most hideous of mornings, as he instinctively tasted the
succor waiting in the glass—was palsied. It trembled so much that had his
fingers not been padded with flesh, they would have rattled together like
castanets. He could not touch the glass without slopping vodka all over the
bar, could not lift the nectar to his lips without soaking his shirt.

At the Villa Rose by AEW Mason
Three Nights of Sin by Anne Mallory
My Jim by Nancy Rawles
Erasure by Percival Everett
The Seven Levels of Intimacy: The Art of Loving and the Joy of Being Loved by Matthew Kelly
EVREN: Enter the Dragonette by Tee, Marian
Ride Me Cowboy #5 (The Cowboy Romance Series - Book #5) by Taylor, Alycia
The Eternity that Follows by Marie, Diane
Highland Fling by Krystal Brookes
Never Let Me Go (Movie Tie-In Edition) by Kazuo Ishiguro
Our partner