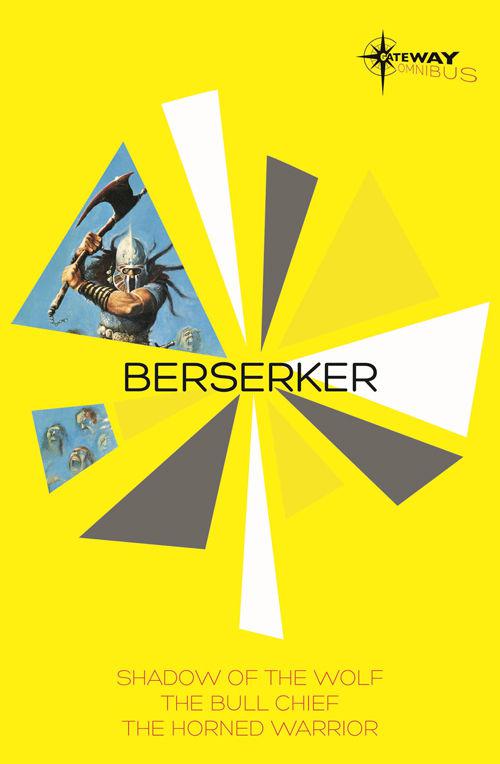 SHADOW OF THE WOLF

In the last years of the twentieth century (as Wells might have put it), Gollancz, Britain’s oldest and most distinguished science fiction imprint, created the SF and Fantasy Masterworks series. Dedicated to re-publishing the English language’s finest works of SF and Fantasy, most of which were languishing out of print at the time, they were — and remain — landmark lists, consummately fulfilling the original mission statement:

Introduction from The Encyclopedia of Science Fiction

Shadow of the Wolf

Part One: The Bear God

Part Two: Deirdre of the Flames

Part One: The Emissary

Part Four: The Warlord of the Britons

Part One: The Red Queen

Chapter 1: The hidden lands of the Coritani, AD 55

Chapter 3: The tribal lands of the Iceni, part of the Roman Province, AD 60

Chapter 6: The island sanctuary of Mona, in the West

Chapter 9: The lands of the Belgae

Shadow of the Wolf

When Odin’s curse fell upon him, Harald Swiftaxe, the young Norse warrior, lusty in love and battle, was fully human no longer. He was incensed with the animal rage of the god’s devotees, the Berserkers. The snarling ferocious savagery of the bear possessed him. Immune to fire and steel, frenzied by the smell of blood and the sight of torn human flesh, he was driven to the worst of human deeds. The bear screeched its ecstasy – yet at times the man dimly understood the horror. Could the spell be lifted? If there was a way, the price of failure would be high, greater than death itself …

In the Celtic tribal lands of Connacht, he came of age among the Druids and headhunters and the ghosts of the great Bronze Age people of Danann. He fought his savage, bloodthirsty way to the east, as a naked warrior who had rejected the tribal laws. And there Arthur, Warlord of the Britons, came to find him, to exploit his skill and invulnerability in the war against the Saxons. Yet Swiftaxe, the Berserker, wanted one thing only: to break the curse that condemned him to his life of frenzied violence and bloodlust.

Along the wild hills and forests of Britain, he was reborn as the Celt’s mightiest warrior. Even as a boy, his mad bloodlust spread superstitious terror among friend and enemy alike. He was Swiftaxe, known as the Horned Warrior: half ghost, half man – and all killer …

INTRODUCTION
from The Encyclopedia of Science Fiction

Robert Holdstock (1948–2009) was a British author, with an MSc in medical zoology from the London School of Hygiene and Tropical Medicine; he spent 1971–1974 in medical research before becoming a full-time writer, though he published his first short story, ‘Pauper’s Plot’ for
New Worlds
as early as November 1968. He went on to write a number of pieces of short fiction before concentrating for most of his career on novels. Among the more notable stories of this period are the novelettes ‘Travellers’, a Time-Travel tale, and ‘The Time Beyond Age: A Journey’; some others are collected in
In the Valley of the Statues
(1982), which also includes the brilliant novella that became
Mythago Wood
(1984); taken together, these stories range across Holdstock’s entire career to that point. After the mid-1970s his writing broke into two superficially incompatible categories.

Under the House Names Ken Blake and Richard Kirk, and under his personal pseudonyms Robert Black, Chris Carlsen, Steven Eisler and notably as Robert Faulcon, he published more than twenty novels, novelizations and works of popular SF ‘nonfiction’ (these under his own name), almost all of them commercial efforts and most of them infused with a black intensity of action that gave even clichéd Sword-And-Sorcery plots something of a mythic intonation. The most striking of these may be two series: the Night Hunter sequence as by Robert Faulcon; and the Berserker Arthurian sequence as by Chris Carlsen (see below). Also of interest was the quasi-fictional
Tour of the Universe: The Journey of a Lifetime: The Recorded Diaries of Leio Scott and Caroline Luranski
(1980) with Malcolm Edwards, which describes a 26th century tour of the local galaxy. Though he wrote relatively fewer short stories after 1980 or so, tales like
Thorn
(1984) or ‘The Ragthorn’ (1991) with Garry Kilworth convey chthonic narratives with a parable-like density.

At the same time, under his own name, Holdstock began to publish SF novels in which he accommodated the mythologizing of his dark fantasies within the frame of ‘normal’ SF worlds. Examples include
Eye Among the Blind
(1976), in which he explores the interplay between Aliens and alienation;
Earthwind
(1977), the title referring to a ‘chthonic’ atavism pulsing deep in the blood of all that lives universe-wide, though tragically, the human cast, on an alien planet, seem not able to comprehend the multifaceted nature of a world they were not born to; and
Where Time Winds Blow
(1981), which is
much more complex. On a world riven by literal winds, a conflicted cast is caught up in an ornate narrative which gradually reveals to them some of the plumbings of the structure of time, through which time winds blow, depositing valuable artefacts, which are coveted by all.

With the publication of the book form of
Mythago Wood
(1984), Holdstock’s two writing directions suddenly and fruitfully converged in a tale whose elaborate proprieties of rationale are driven by strong narrative energies and an exuberance of language. Much expanded from the 1981 fantasy (see above),
Mythago Wood
is a central contribution to late 20th century fantasy and is dense with fantasy tropes. It is fantasy rather than SF, perhaps because its cognitive premise – that it is possible to construct an ‘engine’ through which one might literally conceive racial archetypes – is much easier to convey in fantasy terms. The frame of the Mythago Cycle, which this tale initiates, is obdurately rational in tone, and the ‘mythagos’ discovered – and transmuted – by the contemporary protagonist are appropriate expressions of what might be called the unconscious tale of the race: they are that tale made animate, and each mythago bears a name or names – and enacts the nature – of those archetypes from whom flow the permutations of that tale. The wood from which they come – like the interior lands for which the protagonists of much British fantasy long – is a classic Little Big heartwood, huger inside than out, and more and more ancient the further one penetrates inwards. In describing this world Holdstock engages in language of a metaphoric density rarely encountered in marketable fiction, and through his language articulates a hard, knotty pain of desiderium so many English people feel for an Ur-land that never existed but which seems still to pulse through what remains of the astonishingly dense world of Britain.
Mythago Wood
won the 1985 World Fantasy Award.

The next volume in the Mythago Cycle,
Lavondyss: Journey to an Unknown Region
(1988), only increases the intensity of the Chymical Marriage between rational discourse and desiderium or
Sehnsucht
(a term C. S. Lewis employed to describe the melancholy longing for ‘something that has never actually appeared in our experience’, and by which he meant to designate the impulse behind certain kinds of fantasy). The longing of the protagonists of
Lavondyss
to enter the ‘unknown region’ – Holdstock’s term here for the wood within (and prior to) the world – is absolute, and it gives the book much of its obdurate potency. ‘Toward the Unknown Region’ (1906) is a choral work by Ralph Vaughan Williams (1872–1958), a composer whose evocations of a longed-for Britain are refreshingly muscular; Holdstock’s citing of this piece of music is therefore heavily loaded (Vaughan Williams himself appears in the novel); and the obdurate
Sehnsucht
of his music conveys to most listeners what Holdstock at his best conveys: a sense that the Matter of Britain is a Story that can be told.

The title novella in
The Bone Forest
(1991), and the title novel in
Merlin’s Wood: Or, The Vision of Magic
(1994), continue the Mythago Cycle in modes closer to conventional fantasy, as do
The Hollowing
(1993) and
Gate of Ivory, Gate of Horn
(1997). During these later years, Holdstock published a few more singletons of high merit, including
The Emerald Forest
(1985), which evokes the Lost Race stories of an earlier epoch as a father searching for his son in the Amazon jungle discovers a tribe of Indians in a world that echoes Mythago Wood;
The Fetch
(1991), which through the story of a small boy hauntingly explores the liminal region between the mundane and the true world; and
Ancient Echoes
(1996), in which another violent separation of a parent from its child climaxes in a temporally dislocated city accessible by an anguished father underground where, once again, reality is most intense.