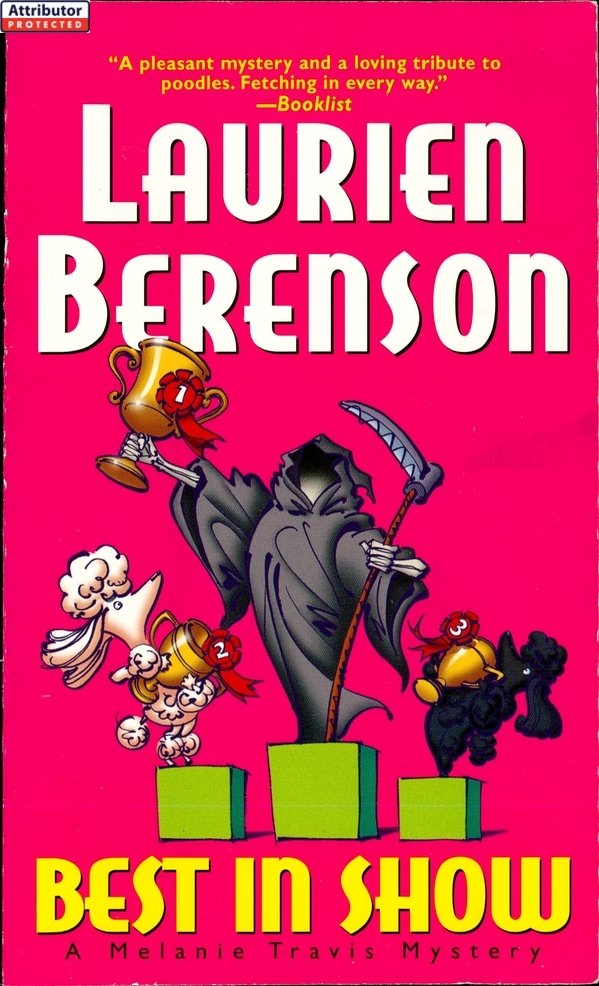 BEST IN DEATH
“Hope, come!” I called out firmly. “Eve! Over here.”
Neither Poodle paid any attention to me. As they began to run, Aunt Peg materialized out of the shadows, poop scoop in hand.
“What's the matter?” she asked.
“I don't know. Somethingâ”
I never got a chance to finish. A chill slithered up my spine as a piercing scream shattered the night.
Aunt Peg dropped the scoop and ran in the direction the scream had come from. That left me free to chase after the two Poodles. Fortunately Eve and Hope had run toward the building. Aunt Peg had ended up in the corner where the two wings of the hotel building met. Several other people were standing in the shadows with her. I reached the small group and saw Aunt Peg looked grim. Cliff Spellman, the club vice president, was speaking urgently on a cell phone. I looked past them and saw a body lying crumpled on the ground. A decorative planter, part of the hotel's landscaping, partially blocked my view. I edged around the back of the group until I could see better.
The body in the shadows belonged to a woman. She looked so small that, for a moment, I thought it might be a child. Then the crimped gray hair registered in my shocked brain, followed by the red sweater and the white grooming smock. I gasped softly. Her face was turned away from me, but I still knew.
“It's Betty Jean . . .” I whispered.
Books by Laurien Berenson
A PEDIGREE TO DIE FOR
Â
UNDERDOG
Â
DOG EAT DOG
Â
HAIR OF THE DOG
Â
WATCHDOG
Â
HUSH PUPPY
Â
UNLEASHED
Â
ONCE BITTEN
Â
HOT DOG
Â
BEST IN SHOW
Â
JINGLE BELL BARK
Â
Â
Â
Published by Kensington Publishing Corporation
Best in Show
A Melanie Travis Mystery
Laurien Berenson