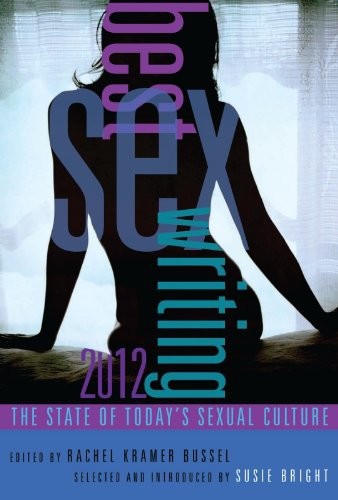 When the Sex Guru Met the Sex Panic

Beyond the Headlines: Real Sex Secrets

The Worship of Female Pleasure

The Dynamics of Sexual Acceleration

Atheists Do It Better: Why Leaving Religion Leads to Better Sex

Atheism Is for Lovers

I Want You to Want Me

Acknowledging Men’s Longing to Be Admired

Dating with an STD

You Can Have Sex with Them; Just Don’t Photograph Them

An Unfortunate Discharge Early in My Naval Career

Misconception #4: Sex with a 110-pound woman is preferable to celibacy.

Misconception #5: It’s easy to pick up a fat chick.

Misconception #6: You’ve got to be kidding, right?

The Careless Language of Sexual Violence

Men Who “Buy Sex” Commit More Crimes: Newsweek, Trafficking, and the Lie of ...

Why Lying about Monogamy Matters

Losing the Meatpacking District: A Queer History of Leather Culture

The Continuing Criminalization of Teen Sex

When the Sex Guru Met the Sex Panic

I learned everything I know about “Best of” annual collections from Mrs. Hogan, my second-grade elementary school teacher. Mrs. Hogan was a believer in The Great Beyond. Each year, she led her class to prepare a time capsule containing everything that was important in our human calendar, a Tupperware bucket filled with news clippings, snapshots, Matchbox cars, dolls in the latest outfits.

We buried our historic treasure in the back forty of our school’s playing fields, our mark upon the world. Mrs. Hogan promised that in the decades to come our descendants—and better yet, “visitors from universes we can’t imagine!”—would discover our time capsule and learn intimately how we odd little creatures once lived.

What would intelligent life have to say if it came upon a volume of
Best Sex Writing 2012
, a montage of American sexual lives and morés? I can sense the Martian trembling, the Venusian arching an eyebrow. Was our species trying to extinguish itself with puritanical wrath—or just squeeze out one last ecstatic pop shot? What a terrible struggle between the two.

The other side of the newsmakers are just as interested in sex, even obsessed by it. But their object is panic. The fearmongers of our 21st-century Gilded Age are fanatical about social control through sex, largely using women and young people as bait.

Not only are there fewer jobs in America in 2012, not only is there less economic parity, less care for the weakest and most vulnerable, but according to the fundamentalist pundits there is also a run on virtue. By their lights, America is losing its imperial power because so many of its citizens are so terribly naughty and aren’t receiving their proper punishment.

If anyone cares to rip back the curtains on the panicmongers’ lurid accusations—as many of the writers here do—they’ll find that the sex panics are falsehoods, divisions that thrive and multiply on a lack of democracy and sunshine. Women are not “born” to be vestal virgins or wretched harlots (thereafter saved or punished). Sexual dialogue is not obscene. Gender identity and sexual attractions are not cribbed from a cooked-up Bible story. Our sex lives are, to put it humbly, our humanity—not something to be destroyed with pharmaceutical or prison profit schemes, or made into target practice by election-scoring vendetta seekers.

What I find strange is that the very people who want sexual access and freedom denied to others are living high on the hog themselves. It’s a harlot’s secret: the panicmongers are always revealed to be some of the kinkiest people around—they have “sex on the brain,” as my old schoolteacher would have said. It turns out that Mr. Punisher and Mrs. Slutshamer are themselves terribly interested in how to have a shocking blue orgasm, how to feel sublime in their bodies, how to connect with the most awesome erotic possibility of their lives. They want it bad—they pay for it, they seek it out. They simply don’t feel that anyone else can have the same desire and self-determination without being a threat to them on their tenuous throne.

I wrote her back: “I fear you will starve.”

I made her laugh, but I share her outrage. We both know it’s not one political party, or a few bad apples, but rather a massive, nation-level betrayal of civil rights, of freedom of speech, of the American dream—wide open spaces, great educations, and sexual freedom be damned.

I hope this collection lights a fire in your belly. There
are
chapters here that will bring you respite, some mischievous inspiration, or silky nostalgia. But in the main, we’re here to reveal the well-sharpened pitchforks of sexual hypocrisy. The reporting is excellent, the exposés jaw-dropping. These writers are activists as well as dreamers. They know in their bones, cocks, and clits that the consequence of sexual fearmongering is a barren world that not even the most deluded prig would want to live in.

Beyond the Headlines: Real Sex Secrets

I think about sex a lot—every day, in fact. I don’t mean that in an “I want to get it on” way, but in a “What are other people up to?” way. I’m a voyeur, first and foremost, and this extends to my writing. I’m naturally curious about what other people think about sex, from their intimate lives to how their sexuality translates to the larger world.

With the Best Sex Writing series, I get to merge my voyeuristic self with my journalism leanings, and peek into the lives, public and private, of those around me. This volume in the series doesn’t pull any punches; the authors have strong opinions, whether it’s Marty Klein sticking up for circumcision in the face of an effort in California to criminalize it, Roxane Gay taking the
New York Times
to task for its treatment of an 11-year-old rape victim, Thomas Roche calling out
Newsweek
for its shoddy reporting about prostitution, or Radley Balko examining a child pornography charge.

There are also more personal takes on sex here that go beyond facile headlines or easy answers, that aren’t about making a point so much as exploring what real-life sex is like in all its beauty, drama, and messiness. Whether it’s Amber Dawn and Tracy Quan sharing the truth about their lives as sex workers, or Hugo Schwyzer explaining the damage our culture does to men with its mythology about their innate sexual prowess, or Tim Elhajj’s first-person account of pre–don’t ask, don’t tell military life, these authors show you a side of sex that you rarely see.

What you are about to read are stories, all true, some reported on the streets and some recorded from lived experience, from the front lines of sexuality. They deal with topics you read about in the headlines, and some topics you may never have considered. They are but a small sampling of the many kinds of sexual stories I received in the submission process.

Part of why I think sex never goes out of style, as a topic or activity, is that it is so very complex. There is no one way to do it, nor two, nor three. Sex can be mundane or mind-blowing, and for those who are trying to get from the former to the latter, there is a plethora of resources but also a host of misinformation purveyed by snake oil salesmen.

In
Best Sex Writing 2012
, you will read about subjects as diverse as “Guys Who Like Fat Chicks,” the care and handling of a man’s penis, and the glamour and glitter of the Latina drag world. Abby Tallmer, telling a story set in a very specific time and place—the gay leather clubs of New York’s Meatpacking District in the 1990s—manages to capture why sexual community is so vital. Tallmer writes, “These clubs gave us a place to feel that we were no longer outsiders—or rather, they made us feel that it was better to be outsiders, together, than to force ourselves to be just like everybody else.”

I’m especially pleased to present stories about the kinds of sexuality and sexual issues that don’t always make the headlines, from Lynn Harris’s investigation of dating with an STD to Hugo Schw yzer’s moving look at men’s need to be sexually desired and what happens when boys and men are told that wanting to be desired is wrong. Joan Price gives some insight into elder sexuality, as well as into what it’s like to purchase the services of a sexual healer. The topic of elder sex is often treated with horror or disgust, or the focus is placed on concern over STDs—which is a worthy topic this series has explored before. But Price, author of two books on elder sexuality (her piece here is excerpted from
Naked At Our Age
), obliges the reader to see the humanity behind her age. She writes, “My birthday erotic massage from a gentle stranger changed something in me. It showed me that I was still a responsive, fully sexual woman, getting ready to emerge from the cocoon of mourning into reexperiencing life. I realized that one big reason I ended up on Sunyata’s massage table was so that I could get ready to reenter the world.”

Not all, or even most, of the reading here is “easy.” Much of it is challenging and heartbreaking. Roxane Gay’s media criticism centers on a
New York Times
story about a Texas gang rape and why “The Careless Language of Sexual Violence” distorts our understanding about rape. You may think such a piece doesn’t belong in an anthology with this title, but until we rid our world of sexual violence so that everyone can freely express themselves sexually, we need to hear searing indictments of media or those in power who ignore injustice.

As an editor, I’m not only looking for pieces that I agree with, or identify with, but for work that illuminates something new about a topic that’s been around forever. The authors here dig deep, challenging both mainstream ideas about sex and a few sex-positive sacred cows. Ellen Friedrichs sticks up for the right of teenagers to be sexual without throwing parents, school boards, and other adults into a sex panic. Amanda Marcotte explores the fast-moving SlutWalk protest phenomenon, which has garnered criticisms from various sides, from being futile to only appealing to white women.