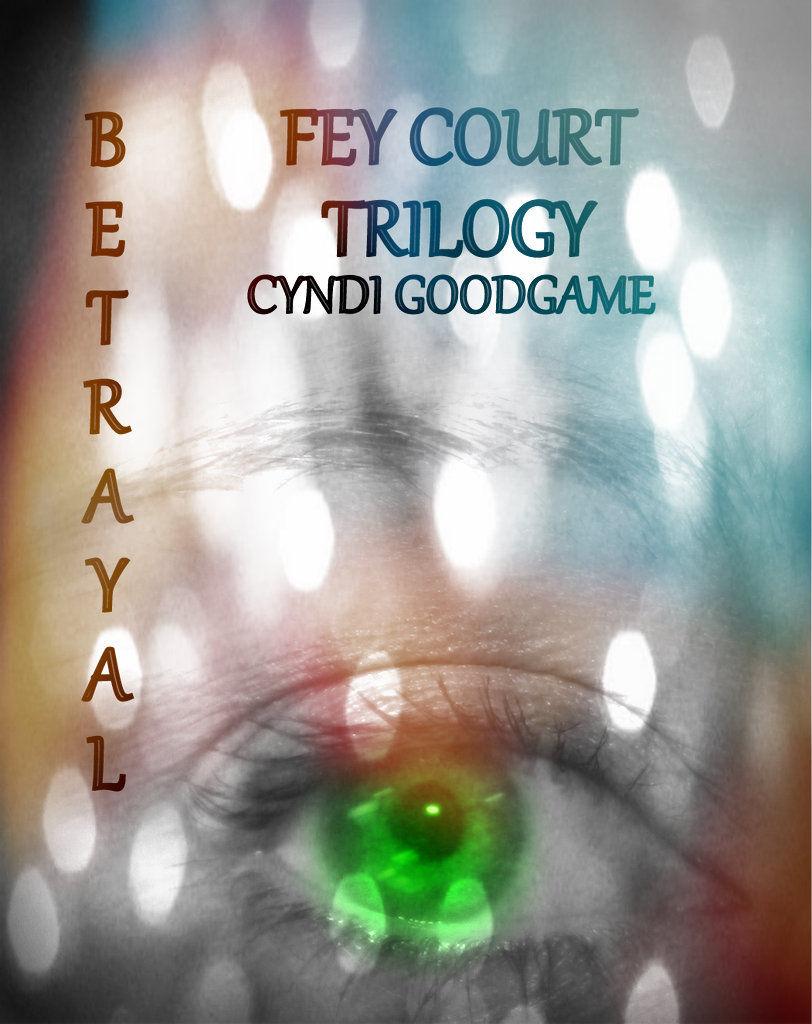 Also by Cynd
i
Goodgame

Mary Never Had a Lamb, She Was the Lamb

(Twisted Nursery Rhymes for the Paranormal)

All rights reserved.  No part of this publication may be reproduced, distributed, or transmitted in any form or by any means, including photocopying, recording, or other electronic or mechanical methods, without prior written permission of the publisher.  This ebook is licensed for your personal enjoyment only.  This ebook may not be sold or given away to other people.  If you would like to share this book with another person, please purchase an additional copy for each recipient.  Acknowledgements go to the various authors of classic fiction who wrote so eloquently that their words have become easy to quote in today’s written word.

You can reach Cyndi at her website/blog at
http://goodgamebooks.wordpress.com

Remember the quote, “How can a woman be expected to be happy with a man who insists on treating her as a perfectly
normal
human being.”  -Oscar Wilde.

Well, as with all who wish for the fairy tale, being human is not unlimited. Our dreams are hidden in the words of a book if only we would make them come true with every page.

“Eeny, Meeny, Miny, Moe!  I choose this one.  What’s not to love about a girl with three guys who aren’t hard to look at?  Who will it be?”  -Reading Junky

“...I love the blend of romance and paranormal in the story.  The book starts out very normal and then gets stranger and stranger until the real story begins.” –Andrea H.

“Gah!  I’m in love with this series. :)  The guys are yummy and the storyline is complex.  The book is intense and full of plot twists.  I hope she writes fast, because I am dying to get my hands on book three.” – Andrea H.

“...really good book.  I only wish they would release the third book!” – Hilary S.

“As far as Fey books go, these are near the top of my list.” – Scarlett J.

deception
-n. 1. the action of deceiving someone. 2. a thing that deceives.

strike
- v. hit forcibly and deliberately with one’s hand or a weapon or other implement.

tainted
-v. 1. contaminate or pollute (something) 2. to affect with a bad or undesirable quality

innocent
- adj. not guilty of a crime or offense

arranged
- v. organized or make plans for in a required order

reconnaissance
- n. usually military observation of a region to locate an enemy or ascertain strategic features; preliminary surveying or research

answers
- n. a thing said, written, or done to deal with or as a reaction to a question, statement, or situation.

badger
-v. ask someone repeatedly and annoyingly for something

gem
- n. a precious or semiprecious stone, especially when cut and polished or engraved.

penance
- n. self-punishment inflicted as an outward expression of repentance for having done wrong

camouflage
- v. hide or disguise the presence( a person, animal, or object)

leaning-
n. a tendency or partiality of a particular kind v. to incline or bend from a vertical position

tool-
n. a device or implement; used to carry out a particular function

betrayal
-v. to commit treason; to give aid or information to an enemy of

gestures
- n. a movement of part of the body, especially a hand or at the head, to express an idea or meaning

jesters
-n.1. a professional joker or “fool” at a medieval court, typically wearing a cap with bells on it and carrying a mock scepter. 2. a person who habitually plays a fool.

unadulterated
- adj. not mixed or diluted with any different or extra elements; complete and absolute

concealed
- v. 1. keep from sight.  2. keep secret’ prevent from being known or noticed.

genuine
- adj. truly what something is said to be; authentic 2. sincere

nemesis
- n. the inescapable or implacable agent of someone’s or something’s downfall.

absence
-n. the state of being away from a place or person.

conversations
- n. the informal exchange of ideas by spoken words.

monologues
-n. a long speech by one actor in a play or movie 2. the form or style of such speeches.

alliances
-n. a relationship based on an affinity in interests, nature, or qualities

odd man out
- n. a person differing from all other members of a group in some way.

loyalty
- n. a strong feeling of support or allegiance

marked
- adj. having a visible (or non visible) mark

preparation
-n. something done to get ready for an event or undertaking

anxieties
- n. a feeling of worry, nervousness, or unease, typically about an imminent event or something with an uncertain outcome.

bargain
-n. an agreement between two or more parties as to what each party will do for the other.

fate
- v. 1. the force or principle believed to predetermine events 2. a consequence or final result

concentration
- n. the action or power of focusing one’s attention or mental effort. 2. dealing with one particular thing above all others.

intertwined
-v. twist or twine together

one
- adj. being or amounting to a single unit or individual or entire thing, item, or object rather than two or more

power
-n. the ability to do something or act in a particular way

echo
-n. a sound or series of sounds caused by the reflection of sound waves from a surface back to a listener.

grace
- 1. n. simple elegance or refinement of movement 2. v. do honor or credit to someone or something by one’s presence.

denial
- v. the refusal of something requested or desired.

acceptance
-n. the act of consenting to receive or undertake something.